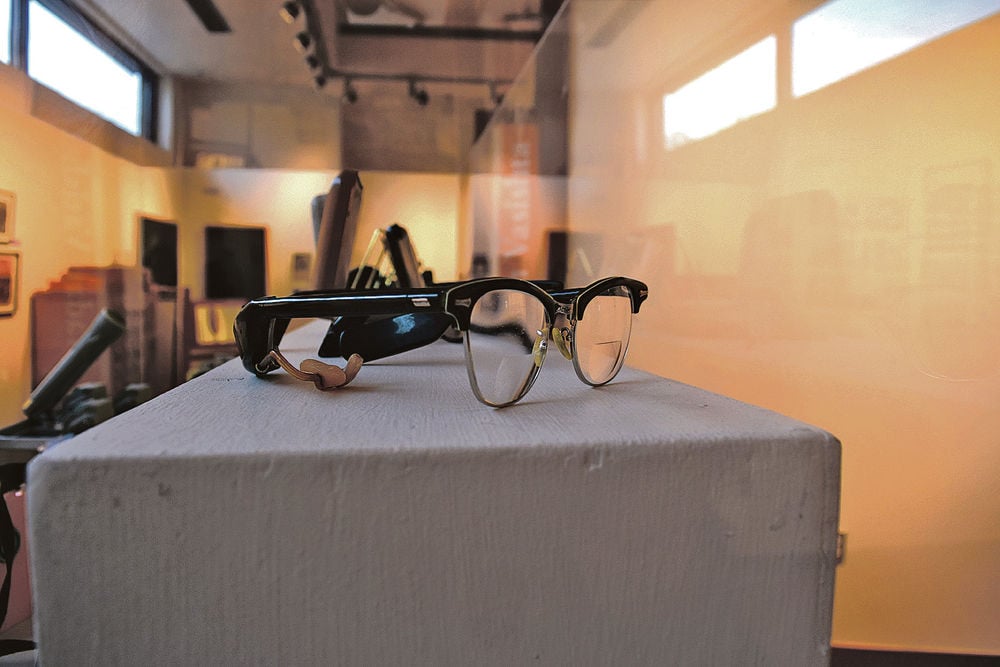 The museum features a collection of hearing aids throughout history, from several pairs of fashionable glasses with attached hearing aids to cumbersome boxes. Raina Wellman/Generation Next 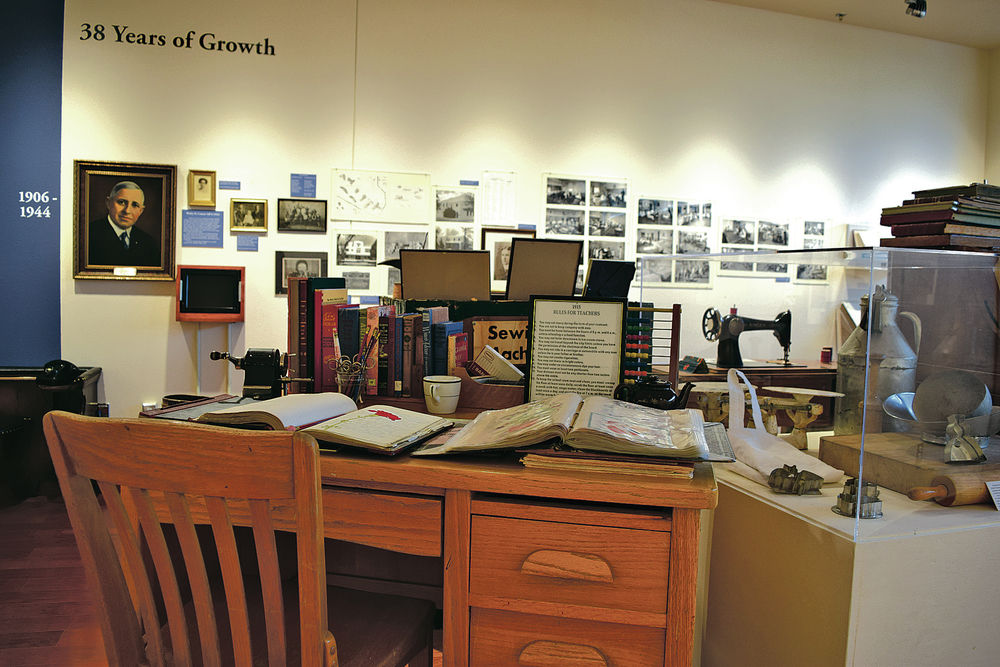 The Kenneth E. Brasel Centennial Museum covers this history of what is now known as the New Mexico School for the Deaf since its founding in 1885. Raina Wellman/Generation Next

The museum features a collection of hearing aids throughout history, from several pairs of fashionable glasses with attached hearing aids to cumbersome boxes. Raina Wellman/Generation Next

The Kenneth E. Brasel Centennial Museum covers this history of what is now known as the New Mexico School for the Deaf since its founding in 1885. Raina Wellman/Generation Next

The Kenneth E. Brasel Centennial Museum is a small but packed museum adjacent to the library at the New Mexico School for the Deaf on Cerrillos Road. After walking through the glass door entrance, a portrait of the school’s first superintendent, Lars Larson, greets the visitor. In 1885, Larson came to New Mexico and founded the “Territorial Asylum for the Deaf and Dumb,” as the school was then known. Larson began his school with six students. In the log of the first students to enter the original NMSD — which is among the museum’s exhibits — it documents the hometowns of students, including some locations that no longer exist. Many students were born deaf but some came due to illnesses like scarlet fever and smallpox.

The school states that the museum “is dedicated to the history in honor of our hearing impaired students of yesterday, today, and tomorrow … so that they may know and be proud of their history.” The museum is a celebration of deaf students’ story and the long way that deaf education and equality for the deaf has come. Larson is quoted as saying, “It cannot be denied that the deaf and the blind have the right to receive education just as their other brethren do.”

The museum showcases the changes within the school and in society as the school continued under each superintendent’s leadership from the founder to the current and eighth superintendent, Ronald J. Stern (Stern is retiring at the end of this school year). Similar to a trade school, the school for the deaf originally worked to prepare students for occupations. Photographs and exhibits show students at work making donuts, cutting hair and sewing clothing.

I was fascinated by the museum’s collection of historical hearing aids, from several pairs of fashionable glasses with attached hearing aids to cumbersome boxes. The museum is filled with artifacts like old medical-care equipment, printing presses and student publications. Throughout the museum, historical newspaper articles, documents and statements reveal what is now considered politically incorrect language. I found it interesting to see the way that language has changed to create more tolerance and understanding. The original words, “deaf and dumb,” are now replaced by deaf and hearing impaired.

Though the museum is small, it houses 130 years’ worth of educational and societal development. I only wonder how the museum will continue to expand this collection and how we will eventually look back on this era of education.

The school is working to make the museum — named after the school’s fifth superintendent, Kenneth Brasel — more accessible to the public, and it is open to the community. Contact the New Mexico School for the Deaf at 476-6300 for more information.

Raina Wellman is a senior at the Academy for Technology and the Classics. Contact her at rainawellman@gmail.com.

The term "Hearing Impaired" is a technically accurate term much preferred by hearing people, largely because they view it as politically correct. In the mainstream society, to boldly state one's disability (e.g., deaf, blind, etc.) is somewhat rude and impolite. To their way of thinking, it is far better to soften the harsh reality by using the word "impaired" along with "visual", "hearing", and so on. “Hearing-impaired” is a well-meaning word that is much-resented by deaf and hard of hearing people. This term was popular in the 70s and 80s, however, now is used mostly by doctors, audiologists and other people who are mainly interested in our ears "not working."

We are deaf, and not people with impairments (obstacles) in life!

Hope that you and your people respect by refusing to use the outdated and offensive term. Hearing loss is more acceptable for everyone who is not just deaf.