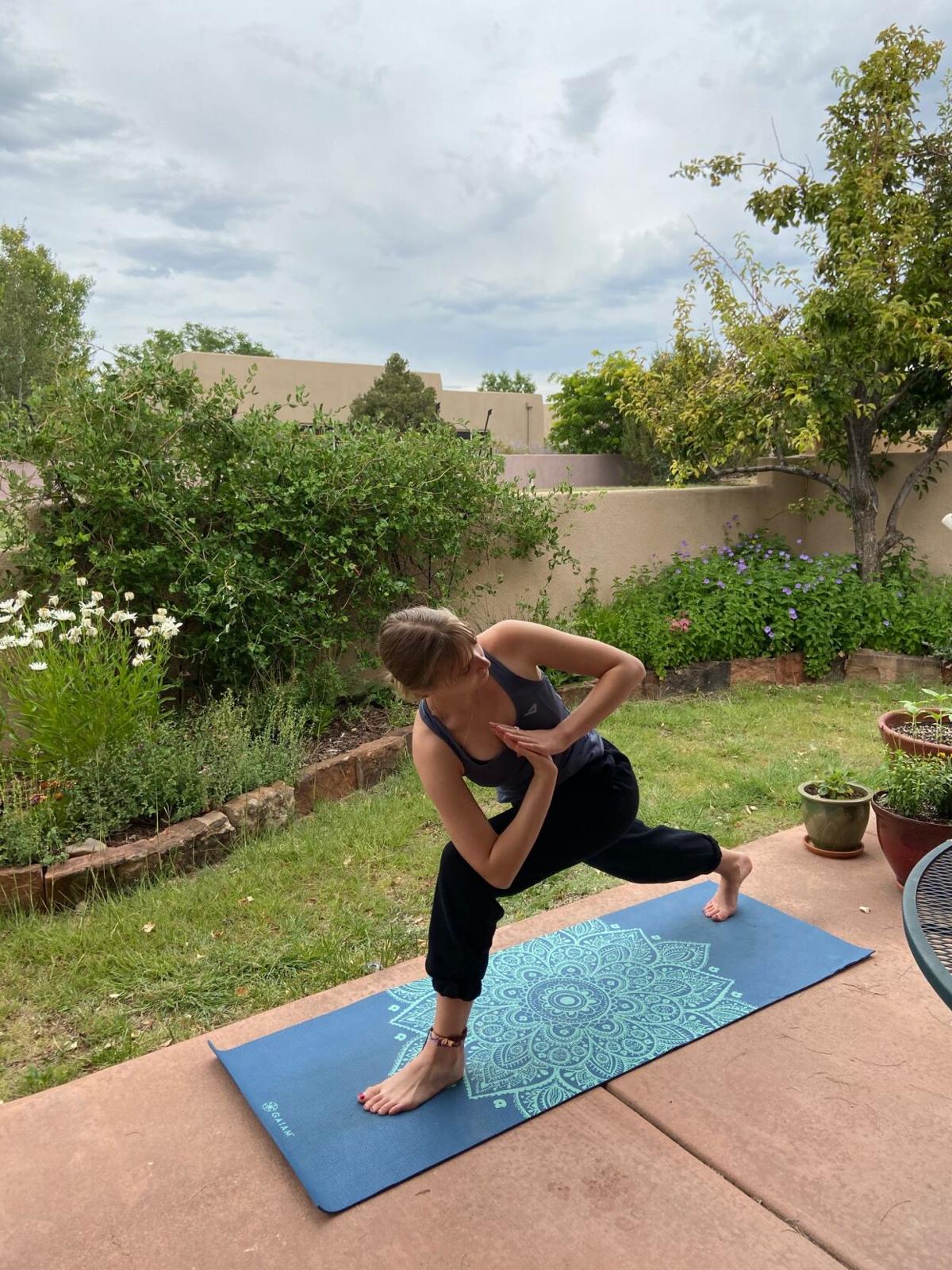 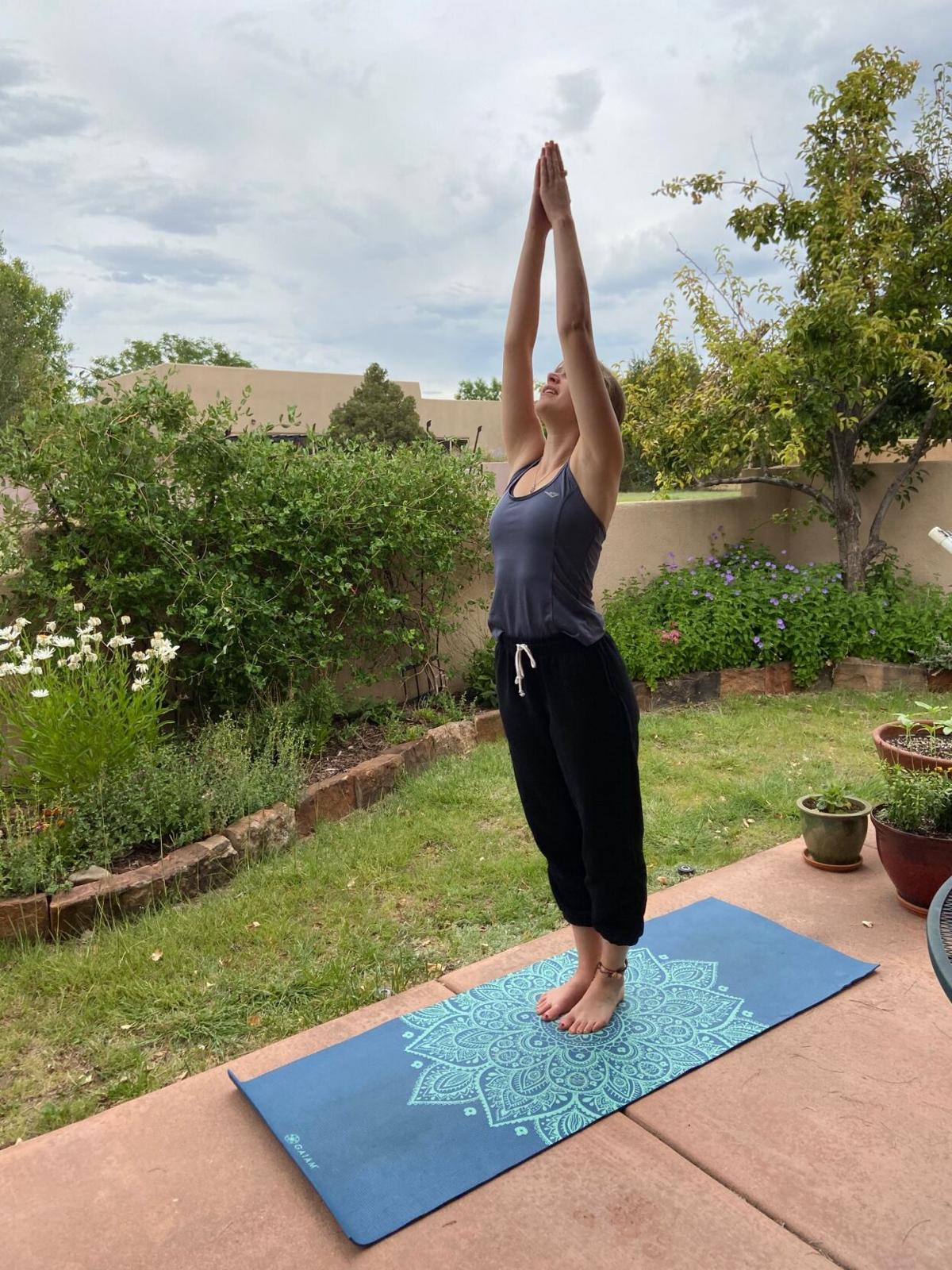 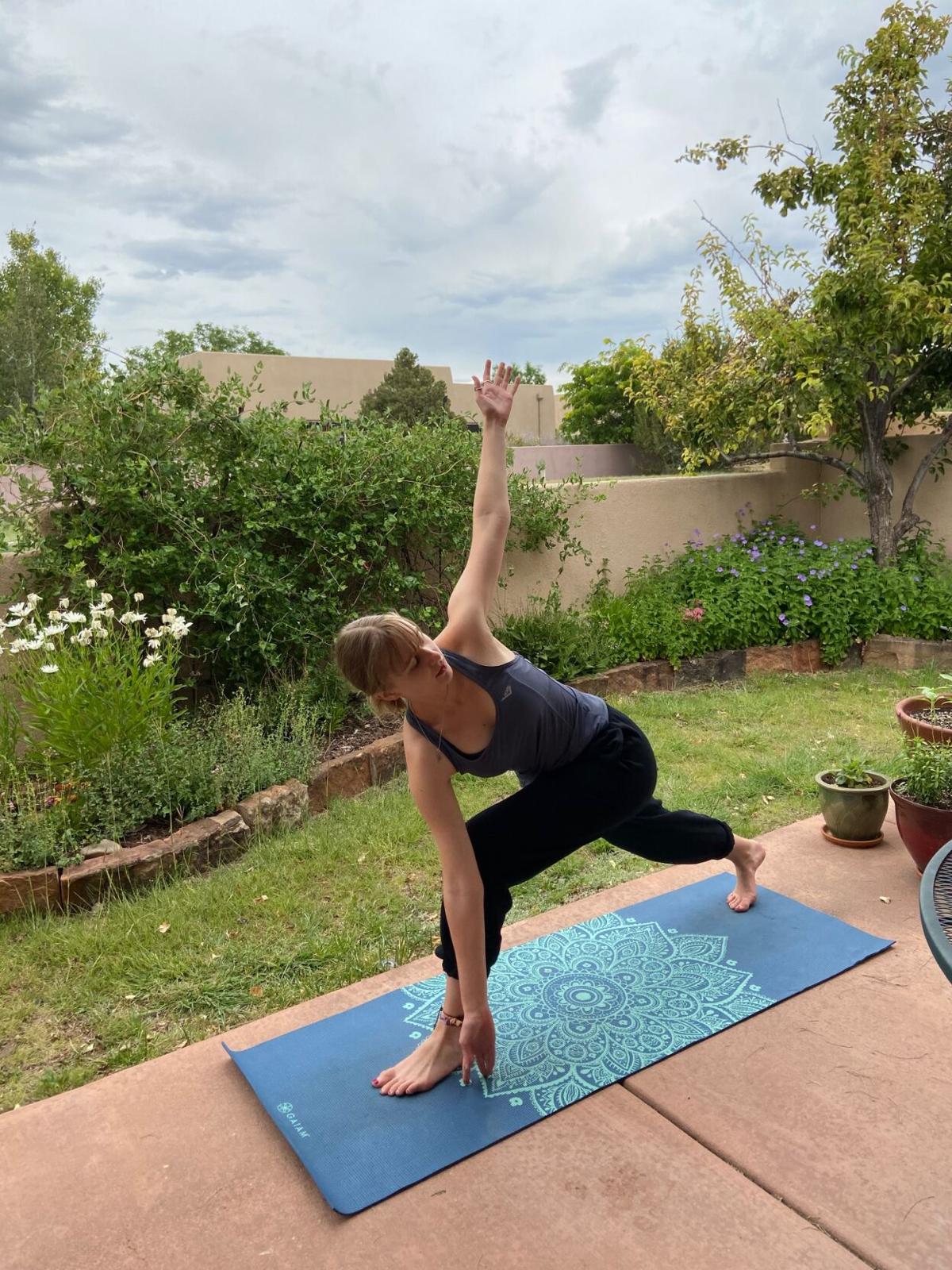 Ever since writer Emma Lawrence took part in the Santa Fe Community Yoga Center’s free yoga classes, she has fallen increasingly in love with the practice.

Ever since writer Emma Lawrence took part in the Santa Fe Community Yoga Center’s free yoga classes, she has fallen increasingly in love with the practice.

This past week, I attended a Zoom Community SatSang — meaning “sitting in the company of truth” in Sanskrit — with Santa Fe’s YogaSource. During the class, guest speaker Kishán spoke about colonized speech and the ways white-dominant culture often tries to control and change marginalized communities’ ways of speaking, from their usage of language in formal settings to conversing in their native languages to even internal self-talk.

Kishán spoke to other issues that resonated with me, but I mostly reflected on my role as a yogi and how I might play a part in its cultural appropriation. In my upcoming gap year off from school, I’d considered incorporating yoga teacher training into my year. But I think it is important I first reevaluate how my involvement in yoga, as it exists in the U.S., is part of the greater history and legacy of white supremacy.

Yoga is an important part of my life. Ever since getting involved with the Santa Fe Community Yoga Center’s free yoga classes, as part of their Yoga in Schools program, I’ve fallen more and more in love with the practice. During my busy senior year, I carved out time for yoga at least once a week; it was not only a great cross-training for dance but also a way to feel grounded and refreshed at the start of every week. Today, yoga continues to provide a sense of spirituality — something I’ve struggled to find in any other activity.

I’ve found yoga to be extremely beneficial to my mental health and my ability to deal with stress. I now realize that’s part of the tendency of Western yoga practitioners: to “experience the idea of another culture while focusing on the self.”

The article “Yoga and the Roots of Cultural Appropriation” by Shreena Gandhi and Lillie Wolff argues that while white people who practice yoga shouldn’t necessarily abandon their practic e, they must begin to understand how Westernized yoga is intricately linked with white supremacy and the yoga industrial complex.

In other words, our country has constructed a culturally ingrained practice from a historically marginalized community into an industry that profits immensely off the sale of all yoga-related things, from yoga clothing to wildly overpriced yoga classes — all consequently unavailable to people of a lower income bracket.

“This complex socio-political reality of the U.S. is key to understanding how the cultural void of white society is intimately mixed with white supremacy, capitalism, and globalization; and it is within these oppressive structures that cultural appropriation and the yoga industrial complex flourishes,” say Gandhi and Wolff.

They add that the exclusion of the complex philosophies, histories and deep roots of yoga from most Western yoga teachings perpetuates its recolonization, as well as harmful cultural appropriation, “maintaining the pattern of white people consuming the stuff of culture that is convenient and portable, while ignoring the well-being and liberation of Indian people.”

South Asia was historically colonized by the British and the Portuguese; yoga became popular in part due to the fact that it emphasized Euro-centric ideas about Indian culture.

Even today, the emphasis on physical mastery of yoga and the commodification of the practice ignore the narrative that should be centered: that of the oppressed groups to whom this practice belongs.

In order to put the focus back where it belongs, yoga teachers and studio owners must invite conversations about cultural appropriation, accountability and the many facets of yoga beyond the asanas, or physical poses, within their communities. We must all ask how we are complicit in the harm of traditionally marginalized groups and consistently seek to change that.

I know that if I continue to utilize yoga as a way of accessing inner peace, strength and groundedness for myself — even going so far as to pursue a certification — I need to practice constant humility, self-criticism and self-awareness by continuing to inform myself on the history and truth around yoga. Finally, I must ensure that the benefits I receive from the practice don’t simultaneously stifle the culture from which that practice came.

Emma Lawrence is a graduate of Santa Fe Prep. Contact her at emmalawrence256@gmail.com.

Let us not forget that India is one of the most classist countries on earth and has been for at least 2,000 years. The anti-class sentiments expressed in Sankhya philosophy have roots in Buddhism and Bhakti and are at odds with much of Vedic tradition. The anti-violence philosophy of Ashoka came only after his violent conquest of northern India. Much like the merry pranksters/Grateful Dead of the 60's distracted my parents from meaningful political and economic activity (Weather Underground + Black Panthers), Patanjali's tenets of internal heat, non-violence/vegetarianism, and poverty can render adherents impotent in the larger economic/political context, and that this may have been intentional policy of Indian elites at the time. Conversely, precise physical conditioning and imperturbable mental control can make one a valuable force in the perennial struggle.