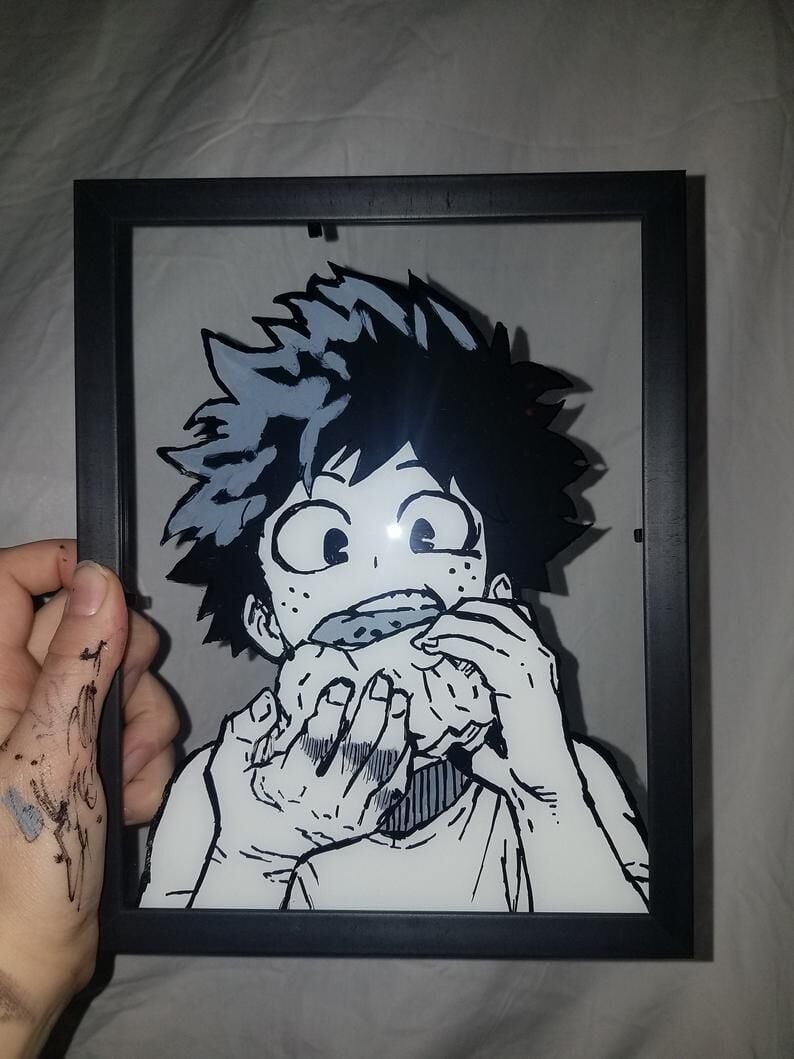 Kendall Ritter began an Etsy shop during the pandemic where she paints portraits of her favorite anime characters on glass. According to her Etsy shop, she has a five-star rating and has completed 90 sales. 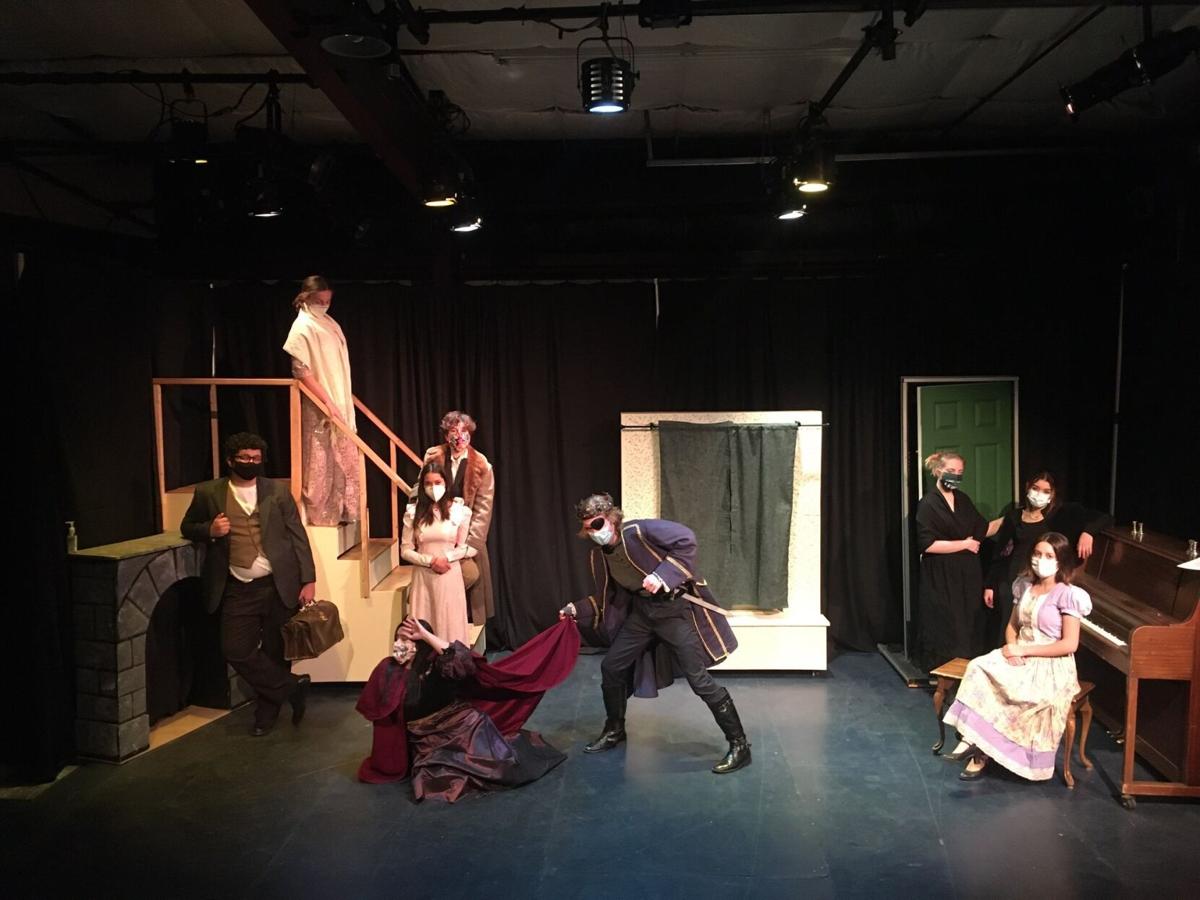 Kendall Ritter began an Etsy shop during the pandemic where she paints portraits of her favorite anime characters on glass. According to her Etsy shop, she has a five-star rating and has completed 90 sales.

With society slowly starting to return to normal, the question of “what to do now?” is on many people’s minds. Many teens in Santa Fe were able to take time during the pandemic to reflect and pursue creative projects — in this way, it has given them the ability to take something meaningful with them as we return to a more social way of life.

Here are a few who stand out and can serve as an inspiration for what can be done when you put your mind to something. Hopefully, they give readers some ideas to start something of their own.

Kendall Ritter, a junior at Cottonwood Classical Preparatory School, started selling artwork on Etsy under the name SodiumTwinkies. Ritter paints characters from different anime on framed pieces of glass in what she describes as a “cartoony” style.

“I got the idea for it on social media, and I had the materials already at home,” Ritter said. After testing her work with some friends, Ritter started to sell her paintings on Etsy.

“If it’s something you already enjoy doing, why not try and give your work a different place to stay but also get some income out of that? It’s a win-win situation.”

For artists interested in creating similar pieces, Ritter advises some experimentation to discover ways to make the creative process more enjoyable and efficient. For example, she found it was easier to make black and white monochrome paintings. With this newfound style, Ritter discovered a niche in the online art market.

“I am one of the only sellers who does black and white paintings, and there are good responses — that’s pretty cool,” she said.

After using this time to explore her passion, Ritter thinks it is worth the risk to share your work, as anything might come out of it. It’s hard to know until you try it.

“It’s nice to do something at home and still get something out of it,” Ritter said.

Photography can be an ideal combination of getting active outside and a form of creative expression.

For a photographer who wants to push their hobby to the extreme in outdoor photography, astrophotography is the next level.

“You can really connect with nature,” says Gideon Soifer, a Santa Fe teen with a passion for photographing the stars and low-light photography.

Soifer said he drives out to “the middle of nowhere” to avoid light pollution, and it reveals the best of the night sky.

When doing new things with a camera, the best thing to do is experiment. Soifer recommends messing with the exposure settings on the camera, changing the angles and playing with effects in photo-editing software.

To get started with astrophotography, Soifer recommends getting on the roof late at night with a camera and a tripod.

“Take a lot of photos,” Soifer said, stressing that the more pictures one takes, the more likely one will turn out good.

As the world reopens, Soifer recommends checking out some stargazing parties, where a group meets and observes the stars with telescopes and high-zoom cameras, as there are a lot of people who know what they are doing and can help direct beginners in what to photograph.

While artistic projects are not everyone’s cup of tea, there are activities that can be done in relative solitude while really getting outside and being active.

For Josh Hauer, a junior at Santa Fe Waldorf School, the best way to experience nature is climbing. Hauer works at the Santa Fe Climbing Center and says while climbing does require some skill and knowledge, there are plenty of local resources with a great community to support.

“Just try it. It’s helpful to be in shape, but climbing will get you in shape,” Hauer said, emphasizing that indoor climbing is an easy way to get started before venturing outside.

The climbing center is open, and there are a lot of local opportunities to go and climb outdoors, such as Diablo Canyon or bouldering in Apache Canyon.

For those who have a fear of heights, Santa Fe has plenty of other opportunities for outdoor activities, such as biking.

“There are a lot of trails around Santa Fe. I recommend beginners check out the Galisteo Basin. It’s a good place to take your skills to the next level,” Domnic Alei said.

Alei is a bike enthusiast. For people who are new to the activity, Alei assures any bike will work, although suspension is preferable.

He recommends experimenting with building trails and features such as jumps in your backyard to get into the sport and develop skills.

“Get a flat-head shovel and a few gallons of water,” he said. “Start forming a jump, wet it and then pack it down.”

Apart from it being a good outdoor activity, biking and building jumps can be an opportunity to be creative.

There is a large community for the sport in Santa Fe; Alei recommends getting involved with local organizations such as the Fat Tire Society, which builds and maintains local trails.

The constraints of the past year do not have to be a limitation, something that has been proved by Isabel Gallegos, a senior at New Mexico School for the Arts and one of the founders of the Santa Fe Youth Collaborative Theatre.

Gallegos, who had participated in performances with local groups such as Pandemonium Productions in the past, decided she needed to do something after the local theater scene in Santa Fe died out over the past year.

So, she started her own theater company along with a few of her friends.

“It was a big challenge because at this point COVID was pretty bad,” she said.

The key Gallegos points to is using technology to their advantage, as much of their planning, rehearsals and the shows were done using conferencing software. The youth collaborative theater company has already had one show in the middle of the pandemic, and they are currently working on another.

“The cool thing about livestreaming is that it expands our reach. Our show can be seen by more people,” Gallegos said. “We have to find a way to make something that is very much a social activity work in a time that is not social. And it worked.”

Ben Timm is a senior at Cottonwood