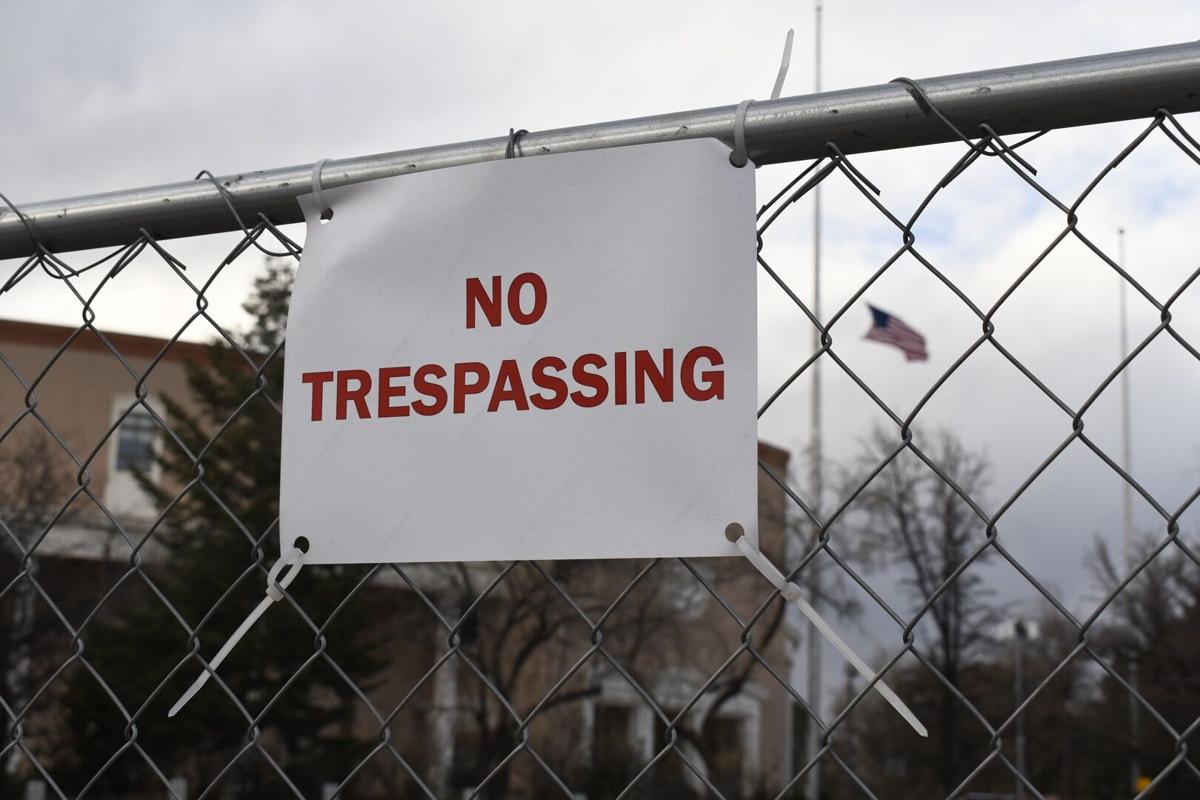 Fences and signs surrounded the Roundhouse this legislative session in an effort to protect lawmakers after rioters stormed the nation’s Capitol on Jan. 6. 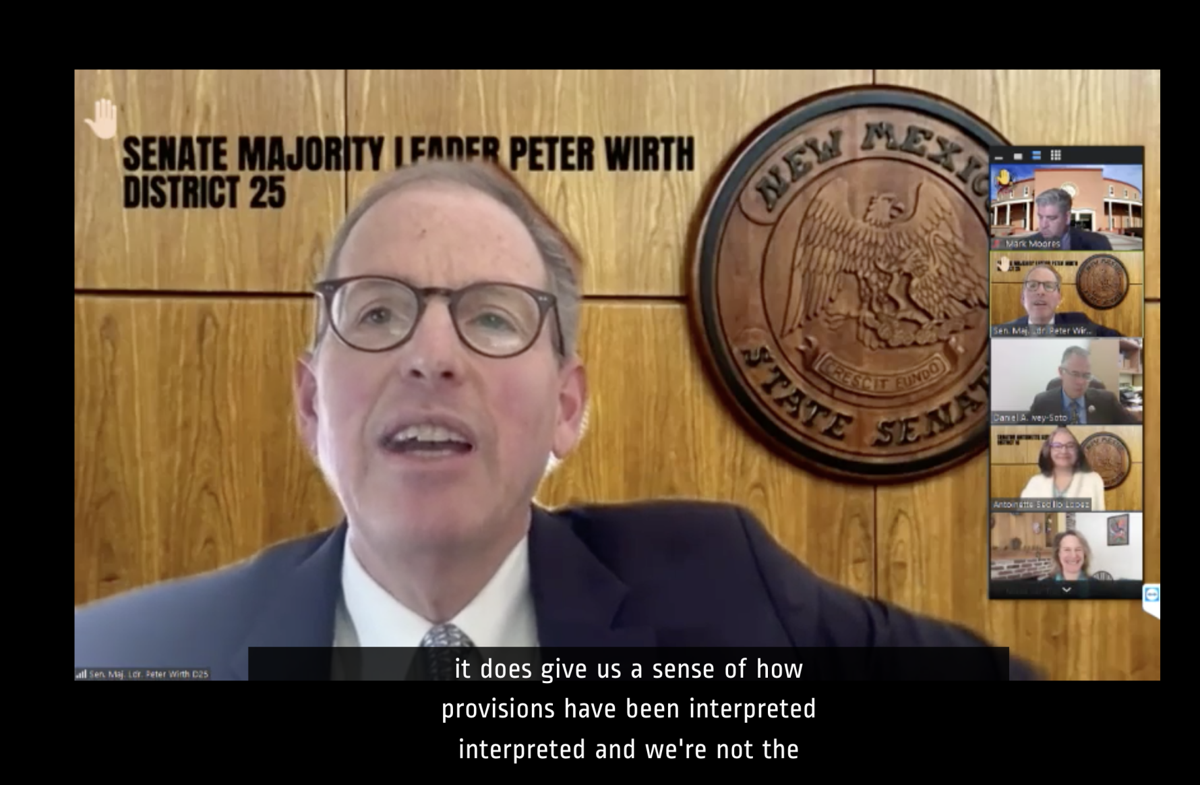 Fences and signs surrounded the Roundhouse this legislative session in an effort to protect lawmakers after rioters stormed the nation’s Capitol on Jan. 6.

The 2021 New Mexico legislative session drew to a close Saturday. While the session lasted only 60 days, it succeeded in teaching me more about government than I have learned in 13 years of school. In class, the process of a bill becoming a law was taught via a quick music video — “I’m Just A Bill” from Schoolhouse Rock. In three minutes, and having to conform to rhyme structure, the clip was unable to provide any sort of appreciation for the intricacy of lawmaking.

From my engagement with the session this year, the dynamics at work in the Roundhouse seem to be akin to the dynamics of a food chain. The apex predator is Gov. Michelle Lujan Grisham. No bill can become a law unless she signs it.

Next on the food chain are the tertiary consumers otherwise known as Brian Egolf, speaker of the House of Representatives, and Senate Majority Leader Peter Wirth. These leaders decide if and when bills get heard.

Beneath them are the chairs of committees. They decide if bills may proceed to the floors of the House and Senate. The rest of the legislators are primary consumers who must appeal to those higher up on the food chain. And at the very bottom is us, the constituents and the producers who enable the rest of the food chain to derive sustenance. Despite our importance in this ecosystem, we are allotted a very minor and constrained role in state government.

Public comment on bills was abbreviated to include just five speakers for and five speakers against the proposed legislation this session. The only way to directly contact a legislator was by phone or email, and there was often no reply. A fence was erected around the Roundhouse, and police cars remained stationed out front the entire session. While I recognize the need for these measures, which were put in place after the attack on the U.S. Capitol in Washington, D.C., the fence and police are a visual symbol of the gatekeeping I have observed throughout the session.

Can a government be considered truly democratic if gatekeeping exists? How can a government that supposedly represents “We the People” be selective in who it allows to participate?

The last link has a much more significant role in the food chain than we do. Perhaps the most dangerous predators in the Legislature are the lobbyists who represent special interest groups such as oil and gas. Considering special interest groups often contribute to politicians’ campaigns, many legislators are beholden to these organizations.

Following the bills I highlighted at the start of the session, I observed this food chain-like dynamic in action. Below are my field notes:

Finally! It is no longer a crime for women to be in charge of their own bodies. It only took us until 2021. Although the governor signed the bill into law, it is still beneath federal legislation. That means that even before it received the governor’s signature, it was legal to have an abortion in New Mexico. The impetus for this bill is the concern that Roe v. Wade may be overturned by the Supreme Court, in which case New Mexico’s antiquated laws criminalizing abortion in all cases would spring back into effect. Lujan Grisham said in regard to passing this bill, “Anyone who seeks to violate bodily integrity, or to criminalize womanhood, is in the business of dehumanization. New Mexico is not in that business — not any more.”

This bill seeks to end qualified immunity as a legal defense in order to hold police and other government workers legally accountable for breaches of constitutional rights. It passed both houses after tedious debates and is now on the governor’s desk.

Opponents of the bill voiced concerns that cities and counties would take the brunt of the bill, considering their insurance and liability would likely increase. These costs would inevitably fall on taxpayers because the individual accused of the crime would not have to pay the cost of damages, the public agency that employs them would. Another criticism of the bill is that it would be profitable for lawyers, and it doesn’t seem like a coincidence that all the sponsors of this bill are lawyers.

It seems that a simple solution to these valid opposing arguments would be to have the individual guilty of committing a breach of constitutional rights pay for the damages themselves.

Sen. Stuart Ingle, a Republican, said, “Every state agency we have, I think, is going to be subject to things that they have never even thought about.”

This quote unintentionally surmises part of the motive behind this bill: People’s constitutional rights aren’t as protected as they should be, as demonstrated by the killing of George Floyd in police custody this past summer and the pervasiveness of police brutality. These issues should be thought about by state agencies. We need legislation to combat racism and police brutality, but we shouldn’t have to settle for bills that would enrich legislators through their private law practices.

I followed this bill the most closely. I emailed legislators before hearings and was poised to make public comment but was denied an opportunity because of the five-person limit. The objective of this bill is to provide communities, especially low-income communities, a very accessible alternative to Public Service Company of New Mexico and other utilities by enabling them to share the energy of solar projects. The journey this bill went through taught me a lot about the pliability of legislation. Bills are subject to change through amendments made in committees and in both houses. While this does allow for collaboration and improvement of legislation, it can also dilute or even gut a bill’s original aim.

The bill is being considered by the governor.

The Green Amendment, if it had passed, would have made access to clean air, clean water and a healthy environment a constitutional right. Although it passed its first committee, Senate Rules, it was never heard in the Senate Judiciary Committee, so it could not advance. This bill shared the doomed fate of many other bills that were scheduled to be heard in Senate Judiciary but weren’t. When a bill isn’t heard, it is “tabled,” i.e., killed.

In the Senate Rules hearing for this bill, Sen. Harold Pope Jr. raised a sentiment I wish more legislators would act upon. He said, “We are having members of our community, especially our young folks … coming to us to act … we need to listen to them because quite frankly I think my generation [has] not done enough … we need to do something that protects their futures.’’

This bill, as proposed, would allow 16-year-olds and 17-year-olds to vote in all state elections. Had this passed, our democracy would have been more inclusive, and we would no longer be taxing teenagers without representation. Unfortunately, 16 Vote shared the same fate as The Green Amendment. After passing Senate Rules, where 16 Vote was unfortunately amended to only include 17-year-olds, the bill was never heard in the Senate Judiciary Committee.

A food chain is dependent on every link. Government is no different. The people should be at the top of the food chain instead of legislators and lobbyists.

Aviva Nathan is a high school sophomore. She will be attending United World College in the fall. Contact her at avivafnathan@gmail.com.