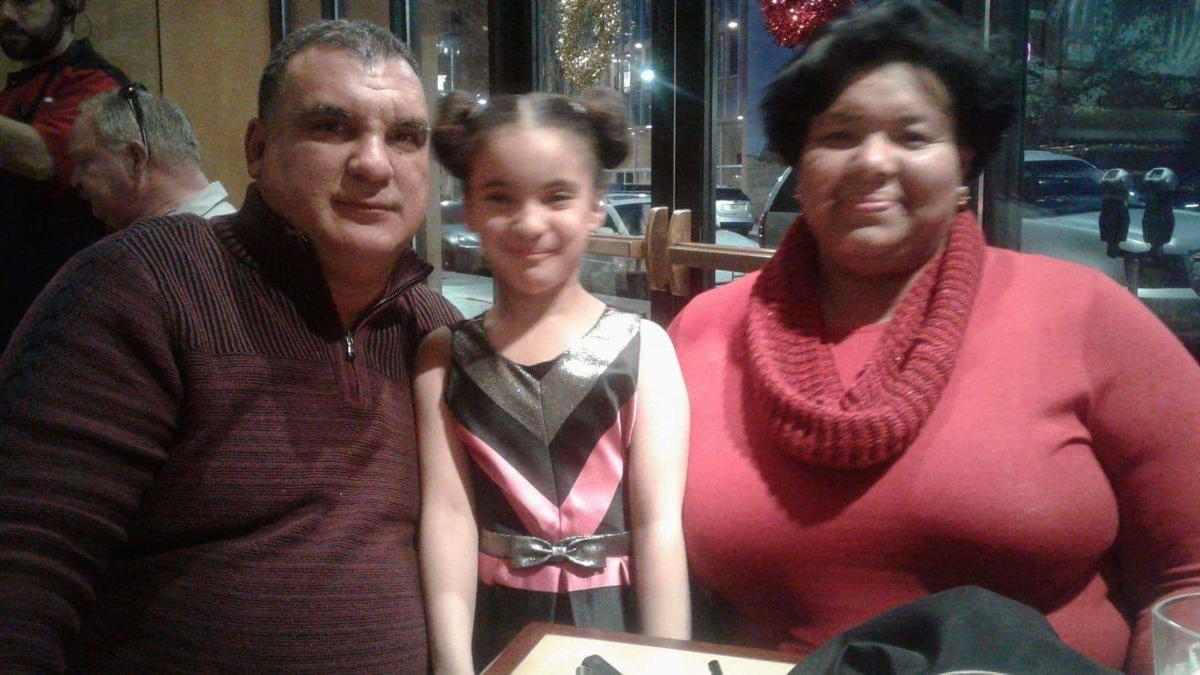 Maira, right, with her daughter, Mayra, and husband, Jorge, in Santa Fe. 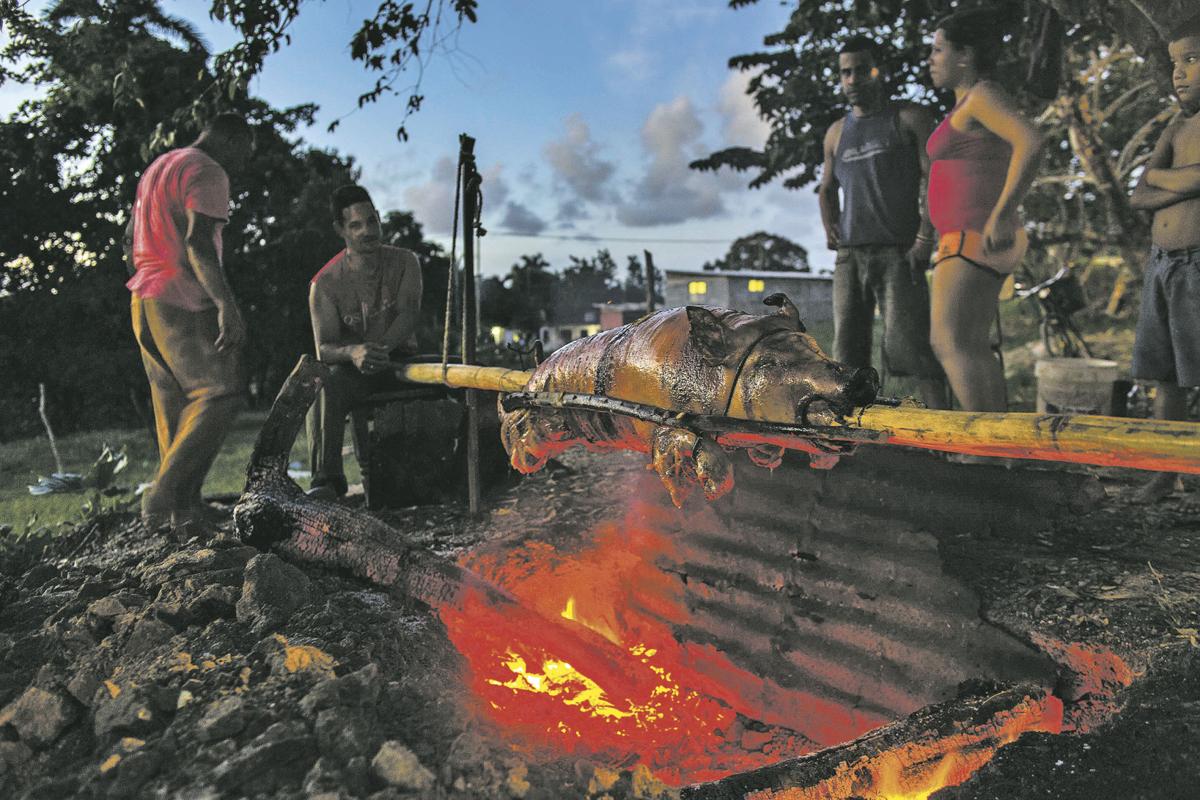 A family in Campo Florido, east of Havana, roasts a pig over a charcoal fire for New Year’s Eve dinner. The dish known as Cerdo en Pua, or pig on a stick, is a New Year’s tradition and delicacy that many Cuban families enjoy during the last night of the year.

Maira, right, with her daughter, Mayra, and husband, Jorge, in Santa Fe.

A family in Campo Florido, east of Havana, roasts a pig over a charcoal fire for New Year’s Eve dinner. The dish known as Cerdo en Pua, or pig on a stick, is a New Year’s tradition and delicacy that many Cuban families enjoy during the last night of the year.

Lifting a cup of freshly prepared Cuban espresso to my lips, I listened as Maira Montero told stories in Spanish as she stood at the stove, making fried platanos and beans and rice, a traditional Cuban meal. I was entranced by her experiences — her life in Cuba, migration to the United States and her current job teaching Spanish at Santa Fe Community College.

As New Year’s Day approaches, Maira and her family are feeling nostalgic about past New Year’s celebrations in Cuba.

Maira said December, in particular, can be very difficult for immigrants. “The memory of my grandmother, who is no longer alive, and of the familiar that is now gone,” she said. “But we need to continue on with life because we voluntarily chose to leave our island, to adapt to a new form of life.”

Here in Santa Fe, Maira explained that, “The children are the center of our universe.”

She moved to the United States in March 2000 with her son. Born in Bayamo, Cuba, she graduated from Cuba’s Universidad de Ciencias Pedagógicas Héctor Alfredo Pineda Zaldívar. She now teaches Spanish courses at the community college and lives with her husband, son and daughter in Santa Fe.

This time of year, she recalls with delight and nostalgia the joy of celebrating the new year in Cuba. Maira said that in Cuba, “the sense of happiness during the holiday is palpable, and the enjoyment is all across the island.

In Cuba, families come together to celebrate the arrival of the new year. Some families will roast a whole hog, while others participate in the tradition of throwing water out of windows, a representation of discarding the negativity of the previous year. (Not unlike the local tradition of burning our woes with Zozobra every September.) Some even eat 12 grapes at the stroke of midnight, each representing one month of the year, and then make a wish for each grape.

“We celebrate the farewell to the old year, giving way for the new,” she said.

But in Cuba, celebrating the new year has a much more personal and historical meaning for residents. More than 60 years ago, on Jan. 1, 1959, Fidel Castro and his revolutionary army overthrew dictator Fulgencio Batista.

Castro’s family remained in power for the next 59 years, bringing many changes to the lives of Cuban people (and, some would say, causing considerable grief for America).

Maira said that since the 1990s, many Cuban people see the first day of January as an opportunity to celebrate the principles of equality and sovereignty taught to them by Fidel Castro, but to others, Castro is a divisive and controversial figure.

“They did massive parties and long speeches by Castro,” Maira said. “They were televised to the whole island, and you were required to listen.”

But they wouldn’t get in the way of having a good time, she said: “When he finally finished speaking, the parties would start.”

Fidel’s brother, Raúl, came to power in 2008, followed by Miguel Díaz-Canel in 2018, the first time in more than half a century that the Castros were no longer in office.

Years of political upheaval led many Cubans to want to move to America. According to the Migration Policy Institute, the number of Cuban immigrants in the United States grew from 79,000 in 1960 to 439,000 in 1970. Other sources show the number of immigrants from Cuba has continued to rise since the 1990s.

Maira said she can still remember the taste of the exquisite New Year’s dinners of her childhood on the island. For her, bidding farewell to the old year and welcoming the new is synonymous with “hope that maybe … a new year will bring something even better.”

Maira hopes that with each year that passes, her children will continue to value the immense change she made by moving to the United States and Santa Fe. She hopes they will keep the traditions from Cuba while pursuing “something better” in New Mexico.

And she’s planning to celebrate a Cuban American New Year’s celebration next week.

Emma Lawrence is a senior at Santa Fe Prep. Contact her at elawrence@sfprep.org.