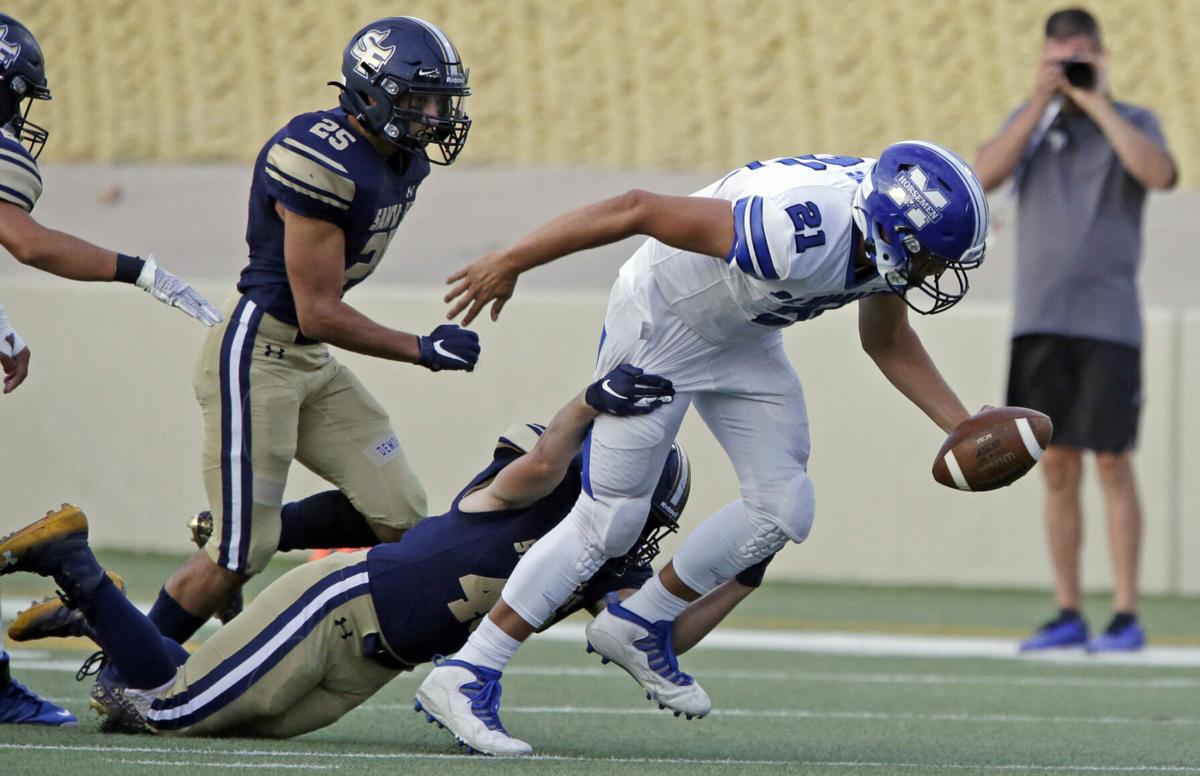 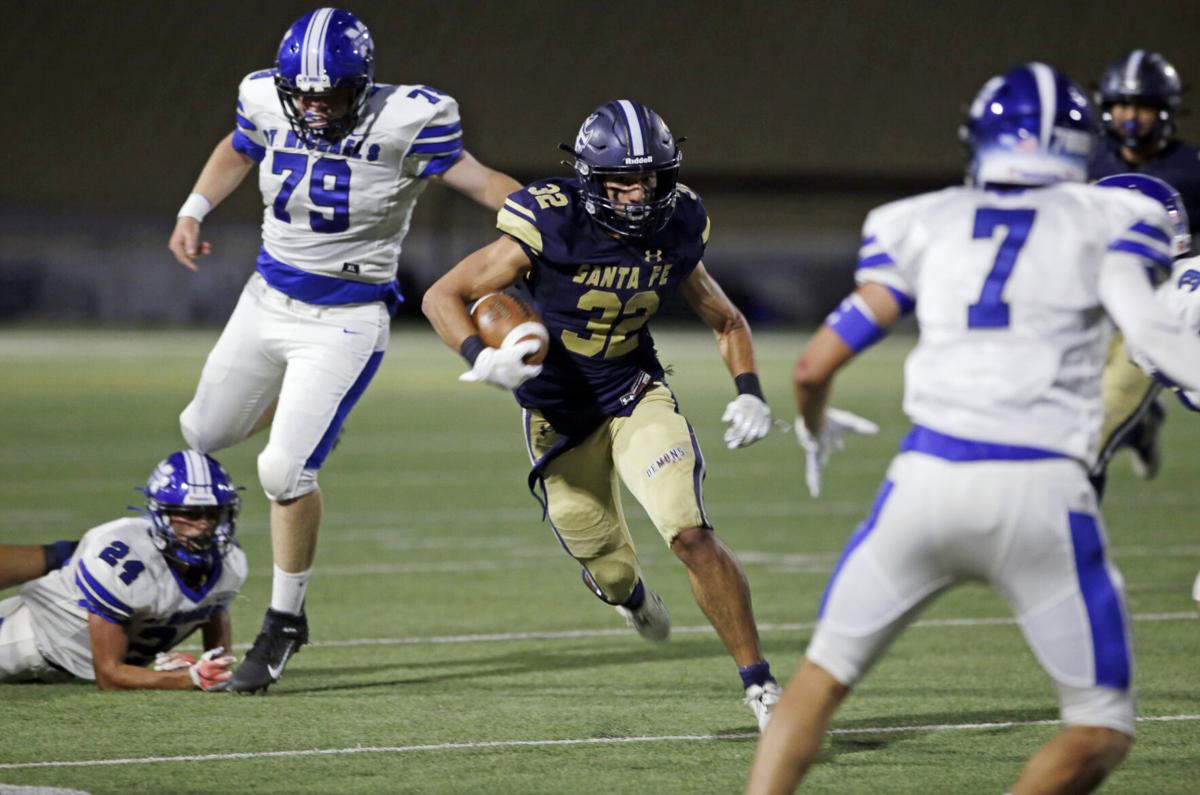 It’s Thanksgiving Day, 1954, and Santa Feans are lining the bleachers of the Fort Marcy Ballpark for the annual high school football game between Santa Fe High School and St. Michael’s High School. With the game unavailable on TV in those days, nearly everyone in town attends and anxiously watches, siding with either the Horsemen or the Demons. These allegiances have been passed on through the generations, creating an ever-changing and intense rivalry in Santa Fe.

Dating back to 1924, the rivalry between St. Michael’s and Santa Fe High is the city’s oldest. The rift has been a source of great city division, but according to 1954 St. Michael’s alum Joe Anaya, “the rivalry today is basically nonexistent” compared to what once was.

When Anaya walked the halls of St. Michael’s, the outside wall read “We can, We must, We will beat the Demons.” That is to say, high schoolers of the past were obsessed with the animosity between the two schools.

The history of the feud is riddled with property damage and tit-for-tat pranks. According to Ron Porterfield, a 1983

Porterfield recalled his senior year when the Santa Fe High football team mocked the “Horsemen’’ name by leaving piles of horse manure in front of the school.

In return, St. Michael’s football players packed up the manure and drove it to Ivan Head Stadium, spelling out “Horsemen” in huge letters across the field. The manure eventually turned the grass green and left a lasting imprint on Santa Fe High’s home field.

Porterfield also described instances in which players were in danger because students and members of the community incited brutality. Football players often wore their pads and gear while getting on the bus because opposing fans would throw rocks at them.

With today’s students, the intensity of the rift is minimized by regulations set to prevent violence.

In 1984, administrators decided the rivalry was so bad, they prohibited the teams from playing each other until the dispute dissolved in 1995.

Since then, the teams wish to continue a healthy city rivalry, so they keep the competition civil.

When it comes to long-lasting rivalries, Jaramillo gives the answer many in Santa Fe expect: “St. Mike’s.”

Jaramilllo attended St. Michael’s and played for the team when he was in middle school, but in his time at Santa Fe High, he has experienced a unique blip in the modern rivalry.

“The narrative was always, ‘St. Mike’s is gonna win,’ ” said Jaramillo, who believes the idea took root before he started playing for the Demons, around 2012.

The Horsemen had defeated the Demons every year since 2008 until the Demons beat them, 19-7, in September. Jaramillo said that changed the scope of the rivalry.

“There’s Demons and Horsemen every year,” Jaramillo said, recalling the few years before he joined the Demons, when St. Michael’s dominated the series. “But it wasn’t a rivalry until we won.”

“We didn’t wanna say we never beat ’em,” Jaramillo said with pride in his voice. “Especially because they’re right across the street.”

Although the rivalry of the past was riddled with violence and hateful vendettas, today’s rivalry is purely focused on keeping the unifying football tradition alive for all Santa Feans to enjoy.