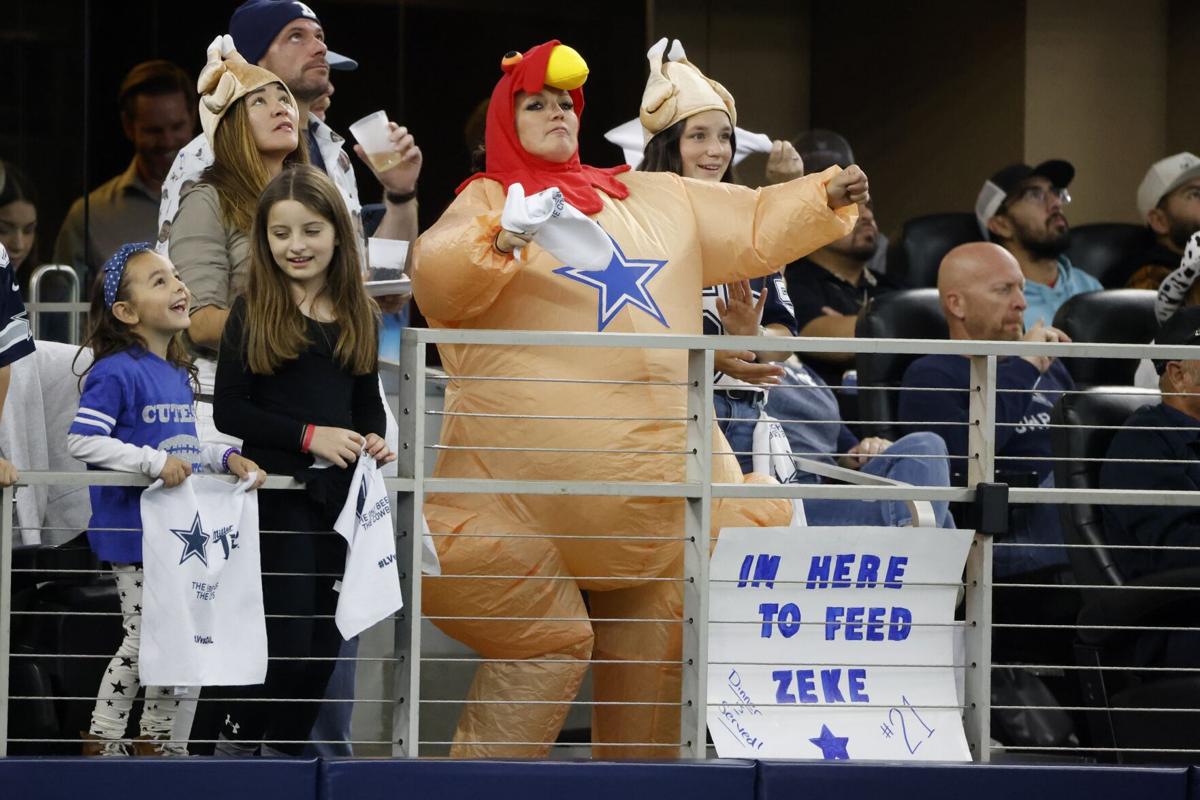 A fan dressed in a holiday costume dances Thursday as she and others watch the Dallas Cowboys play the Las Vegas Raiders. 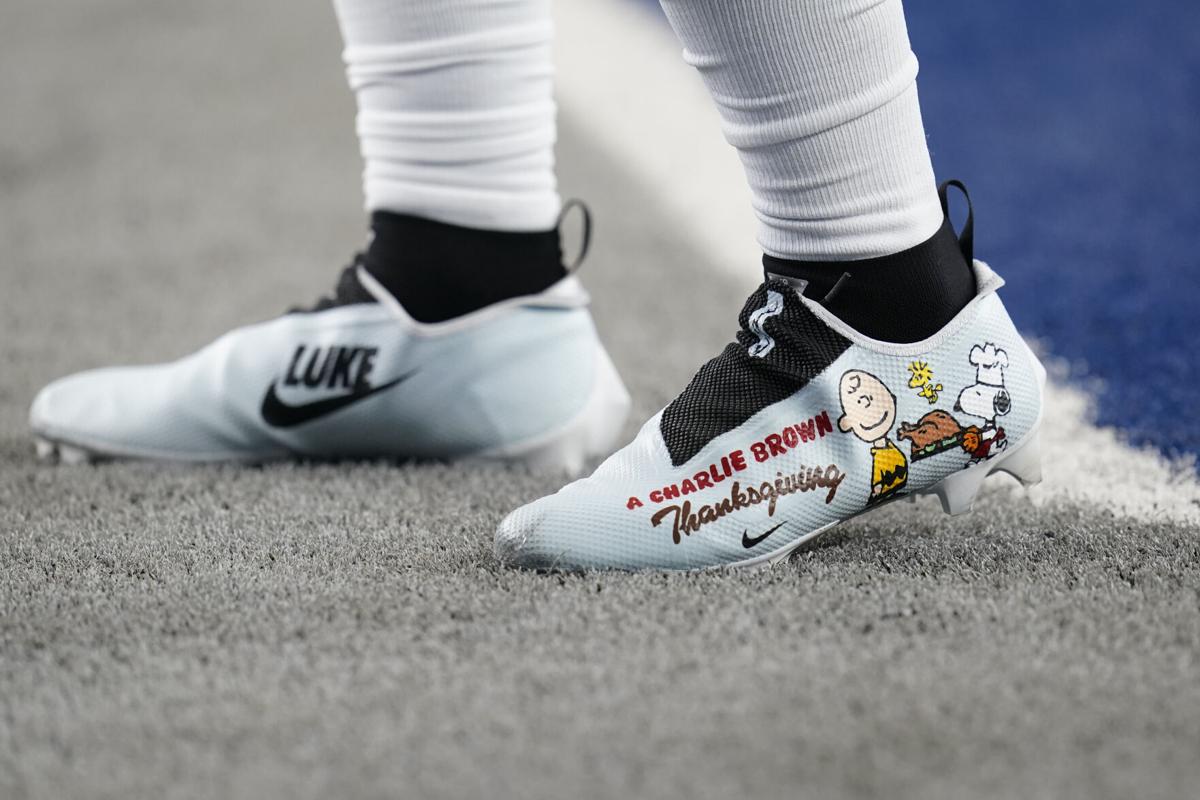 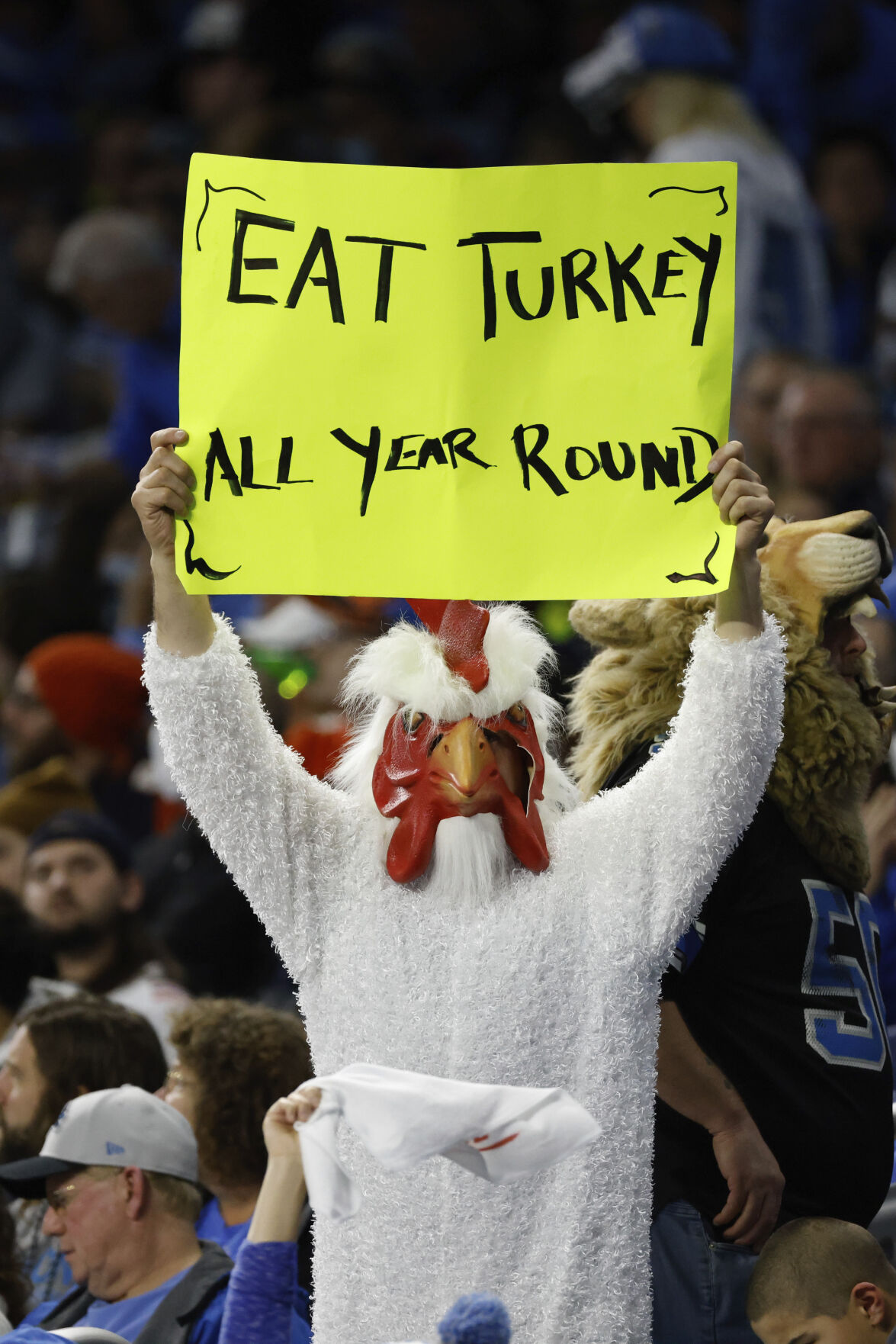 A fan holds up a sign for Thanksgiving during the Detroit Lions game Thursday against the Chicago Bears in Detroit.

A fan dressed in a holiday costume dances Thursday as she and others watch the Dallas Cowboys play the Las Vegas Raiders.

A fan holds up a sign for Thanksgiving during the Detroit Lions game Thursday against the Chicago Bears in Detroit.

When you think of Thanksgiving, what comes to mind? Turkey? Pie? Cranberry sauce? Family? Spending numerous hours with the people who get on your nerves the most?

The long story of Thanksgiving football didn’t start with an NFL game but a college one. In 1876, Princeton took on Yale in their first annual Thanksgiving matchup. Since people usually had Thanksgiving off from work, many other schools took advantage of this and played Thanksgiving games of their own.

Thanksgiving football didn’t reach the NFL until 1934. After purchasing the Portsmouth Spartans franchise and relocating it to Detroit, local radio executive George A. Richards knew he needed something big to attract fans in the newly named Lions’ first season in the Motor City. Richards scheduled a game on Turkey Day against the Chicago Bears, and as the game was getting closer, it soon became apparent that it would have serious playoff implications.

The University of Detroit Stadium’s 26,000 seats were sold out two weeks in advance, and it was reported another 25,000 would have attended if there had been enough seats. The game became an instant classic, with the Bears narrowly beating the Lions, 19-16, and eventually winning the NFL Western Division after beating the Lions again later in the season.

Despite the loss, the Thanksgiving game was a huge success, and Richards was confident in the team’s future. The Lions went on to win the NFL championship the following year after securing the division and beating the Bears, 14-2, in a Thanksgiving rematch. This helped establish a tradition in Detroit, except for a six-year period from 1939-44.

Since 1978, the Lions have played in the early time slot (usually the 10 a.m. game) with the Cowboys playing in the afternoon. Since 2006, the NFL elected to have three Thanksgiving games, with the third being played in prime time.

Football is my favorite sport in the whole world and means a lot to me. It’s always made Thanksgiving the special holiday that it is. Every year, my family and I gather around the TV to watch all the games while we eat and bond throughout the day. The games are what bring us together, even if my family doesn’t love football as much as I do.

This might seem like an exaggeration, but it truly isn’t. Four years ago, my family and I spent Thanksgiving in a hotel room in Denver. There was no turkey, mashed potatoes or even a big table where we all sat around and dined together. Instead, we ate hotel appetizers, using the couches in the room as tables, and watched football on the TV.

So I hope we can all take this Thanksgiving to relax from the hardships of the year, eat some good food with people we love and watch the Dallas Cowboys lose on national television, because that’s what Thanksgiving is really about.

Ian Hernandez-Rojas is a student at The MASTERS Program. Contact him at ianhernandezrocks@gmail.com.