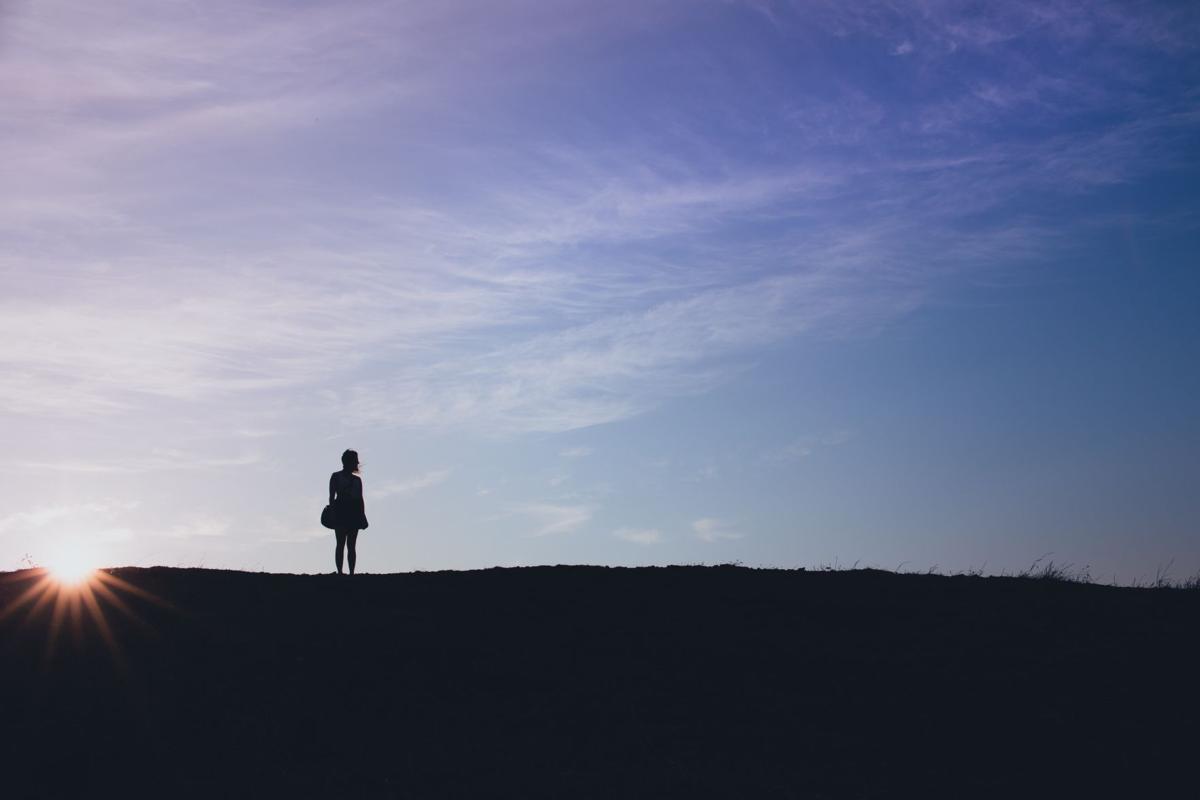 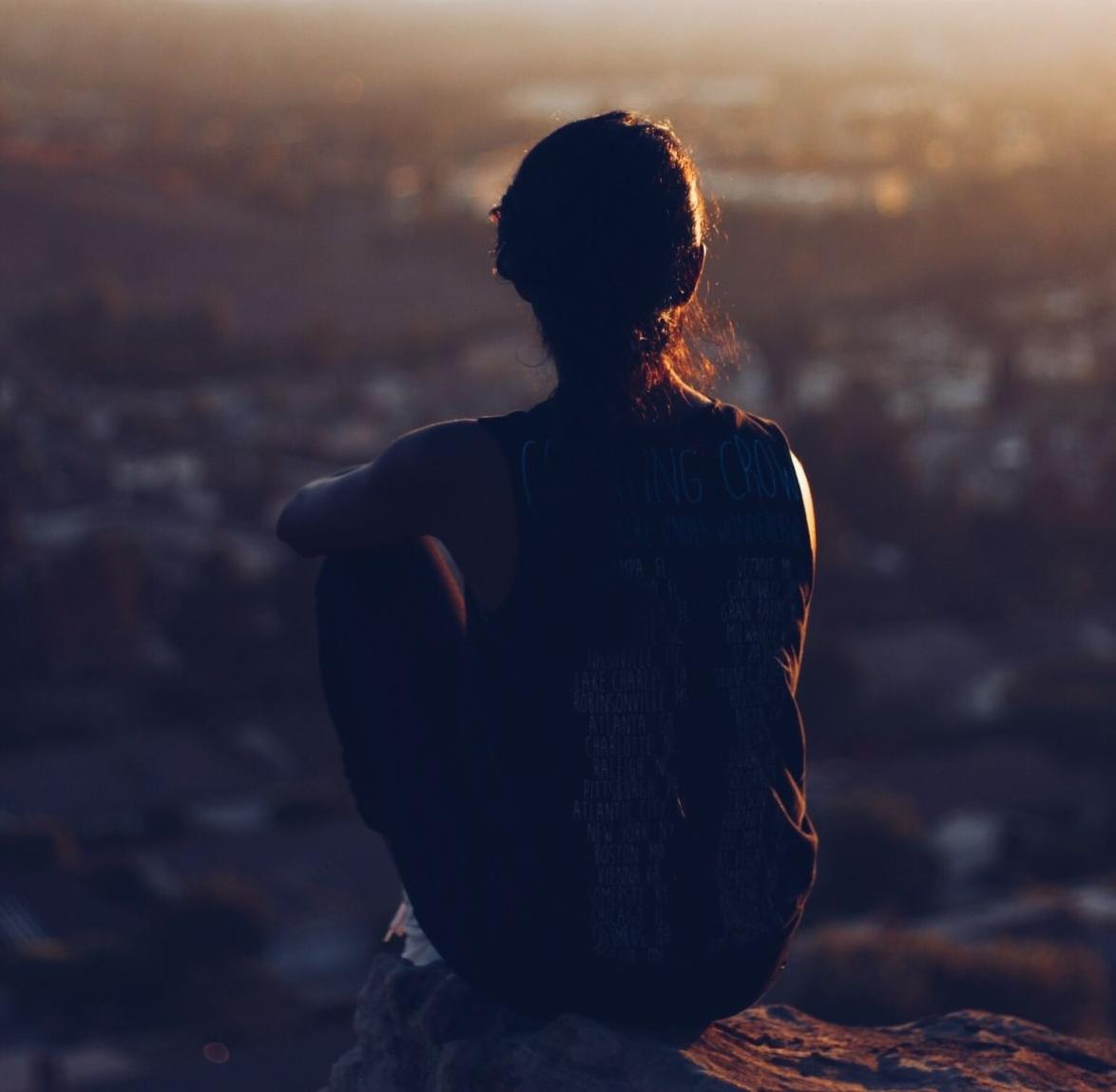 One night last week, Leah Tafoya and a few close friends climbed to the top of a hill in Casa Solana, where the city sprawled below them, a vast map of streetlights.

Tafoya recognized everything, from the bright lights in the distance lining Cerrillos Road to the golden lights casting Paseo de Peralta in a yellowish glow, twisting through the dark city below.

As she looked down at her hometown, Tafoya reminisced about the shy and introverted person she once was, knowing she has grown into a much stronger and more sure version of herself.

“It feels surreal, honestly, having come this far. It feels like I’ve completed this first third of my life basically,” she said. “But pulling back and looking at it from that bird’s-eye view perspective makes it feel not quite so overwhelming.”

Like many recent graduates, Tafoya, who’s headed to Denver University in the fall after graduating from St. Michael’s High School, has been reflecting on the moments of empowerment she has experienced throughout her early childhood and high school career — moments she said helped her in “becoming more comfortable with myself, my body and my insecurities.”

As Tafoya and other grads prepare to leave home and take on the next chapter of their lives, there are looming challenges and realities, especially for college-age women, they will have to face on their own.

Tafoya said she now has the confidence to face those challenges.

“I know myself and I know my worth so what [others] think doesn’t really matter,” she said. “Empowerment, for me, is being comfortable with myself and my goals and what I know I want to pursue in life.”

Amber Quintana, program coordinator and instructor at Resolve New Mexico, said the first step to finding empowerment is setting boundaries. She emphasized that to create a personal sense of empowerment, young women should incorporate practices of self-awareness and self-defense while ensuring they don’t change their behavior in a way that pulls them away from their true selves.

“As an 18-year-old just starting out your adult life, you’re going to want to explore your world and start gaining experiences that help you figure out what it is that you want your life to look like,” Quintana said. “Just know that advice we’ve all been handed down, especially as young women, sometimes doesn’t allow us to have that vivacious life. It can be incredibly limiting.”

Still, she added, “we also need to start recognizing what our intuition is telling us and gain awareness of our surroundings.”

Quintana encourages young people to take one of Resolve’s self-defense classes, which she says helps participants discover self-advocacy, trust their intuition and “override normalizations and socializations that make it hard to speak up and act on our own behalf.”

“Something we don’t hear enough is that making choices is really important to our empowerment and our resiliency,” Quintana said. “Practicing consent — giving and understanding consent in situations that aren’t always about intimacy — is a great way to start gaining that muscle memory.”

Amy Reich, school counselor at Santa Fe Preparatory School, agreed that empowerment and boundaries go hand in hand for young women. She likes to refer to her favorite quote from a research professor at the University of Houston, Brené Brown: “Daring to set boundaries is having the courage to love yourself even if it means disappointing others.”

According to the Rape, Abuse & Incest National Network, sexual violence on college campuses is pervasive. Among undergraduate students, 23.1 percent of women and 5.4 percent of men experience sexual violence. Sexual violence also is prevalent against transgender, genderqueer and gender-nonconforming college students.

Mary Beth Lindsey, education and prevention specialist at Solace Crisis Treatment Center, said that while the other departments at Solace focus on the justice side after sexual violence occurs, her job is centered around preventative work — what happens beforehand.

“When we hear something messed up — a statement being made or a joke — what can we do to practice, before that moment happens, to call attention to it instead of staying silent?” she said.

Lindsey said part of her job is to teach youth about sexual consent. She also raises awareness that 86 percent of the time in sexual assault cases, the aggressor is someone the victim knows.

Ultimately, Lindsey said, teaching young people about the levels of consent often starts a ripple effect, in which those who are familiar with the information then facilitate similar conversations with people they meet in college and beyond. She said she hopes this can produce meaningful action that remedies the culture in which sexual violence routinely happens.

Hannah Macias, a graduating senior at Santa Fe High School who will attend Barnard College in New York City in the fall, said, “I’ve learned to build small groups of people I can trust because I think it’s really important to connect with other women on topics like this.”

“I want to have a small community of people who are like-minded and who are inspiring to me and a strong support system,” she added.

Macias said she intends to take a martial arts class at Barnard College to learn how to defend herself.

Tafoya also has wondered if she could defend herself in a dangerous situation. She took a self-defense class and said it gave her “knowledge — not necessarily the physical moves or the fighting but knowing the situation around you and knowing how to take care of yourself.” The class, Tafoya said, focused more on mind rather than body and the ways to talk one’s self out of a dangerous situation.

On the topic of safety, Scott Davis, a resource trainer for A Call to Men, referred to the 2010 National Intimate Partner and Sexual Violence survey, which found 90 percent of perpetrators of gender violence are men. While sexual violence affects all genders, he said, it’s critical men work toward also protecting and empowering women by redefining “masculinity,” respecting women and not causing violence against anyone.

Davis added that because violence is especially prevalent against people of color, “we need to find our community, as white folks, in a way that is healthy, instead of a way that’s destructive.”

“[The effort to create a healthier community] contributes to our mental health, which then echoes out into how we can create safety,” he added. “And the trick is finding the right place and being courageous enough to ask for help.”

Reich said that for that reason, a large sense of empowerment comes down to one’s values and worldview.

“For me, my sense of self empowerment has to be in line with my core values,” she said. “Ultimately, it’s not going to feel good if it’s not in line with the things that matter most to me.”

For Macias, that feeling of being grounded comes from believing in a sense of control that is outside of herself.

“I’m going to be OK no matter what,” she said. “There is something that is going to come to me because of exactly how things are happening.”

Emma Lawrence is a recent graduate of