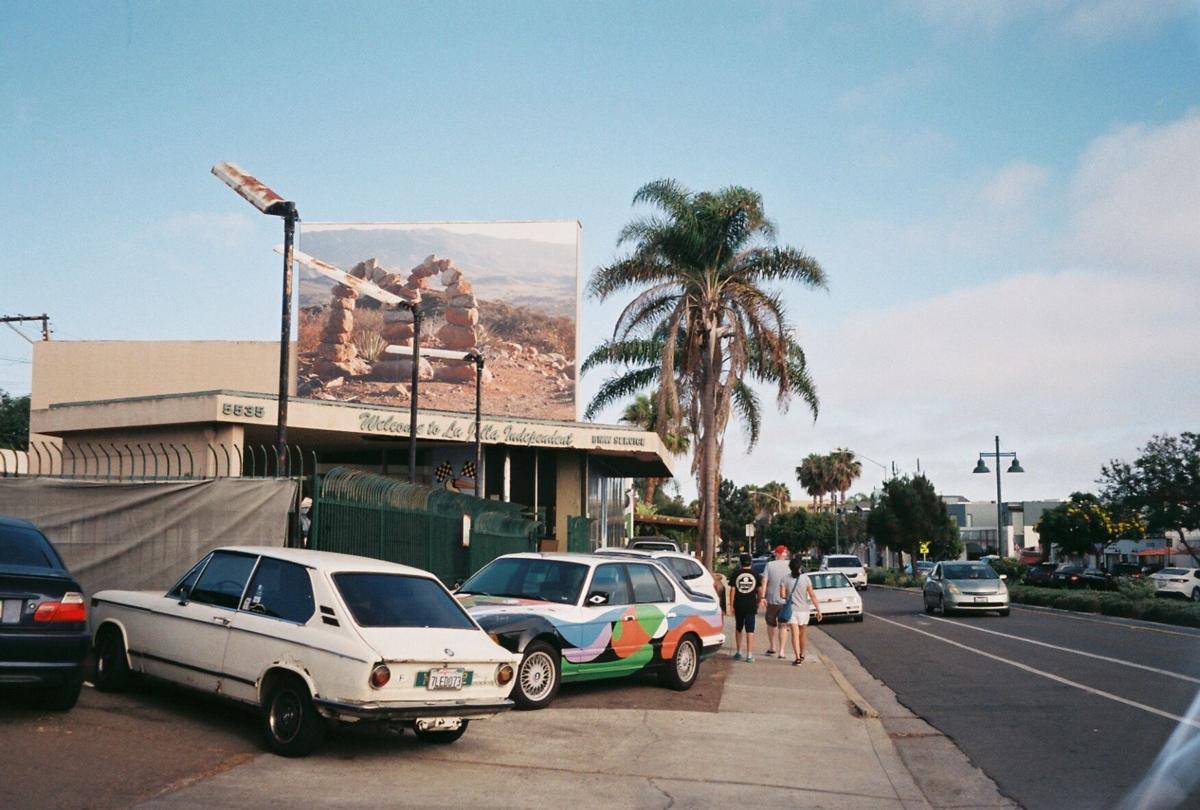 Strolling in La Jolla near San Diego this summer. 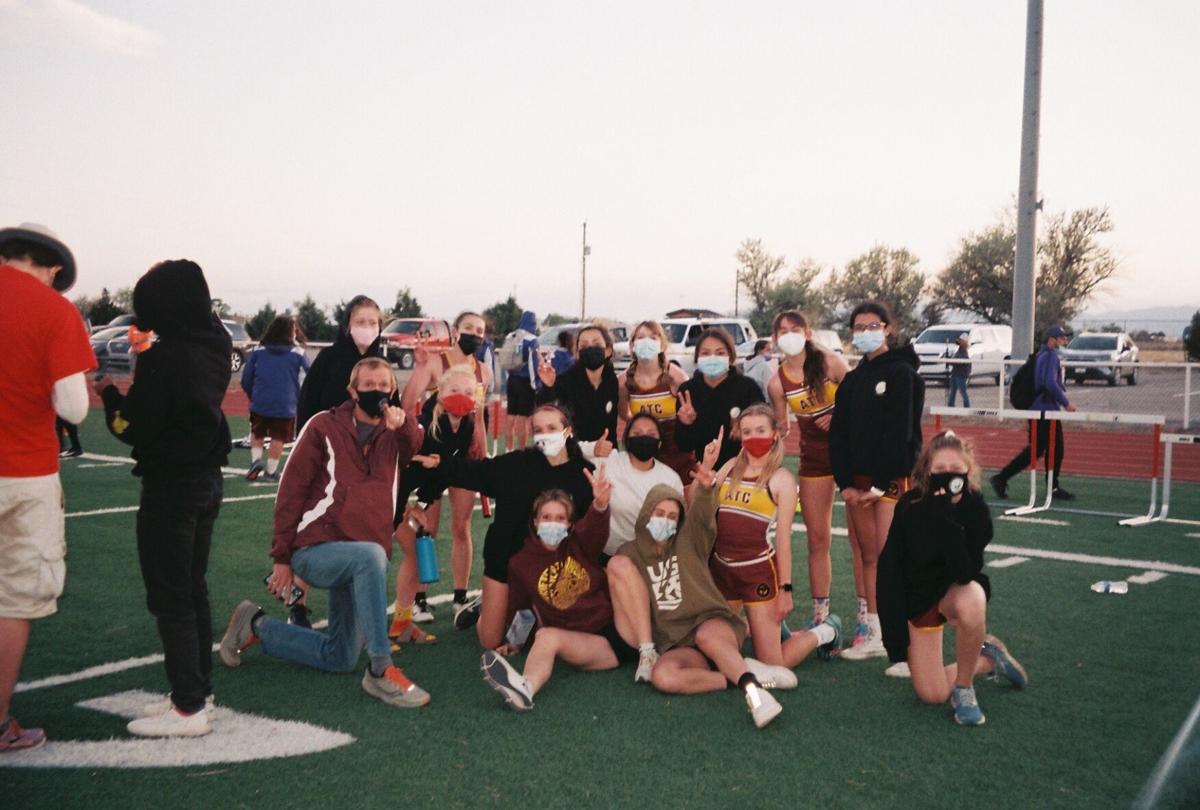 Academy for Technology and the Classics track team in Estancia this year. 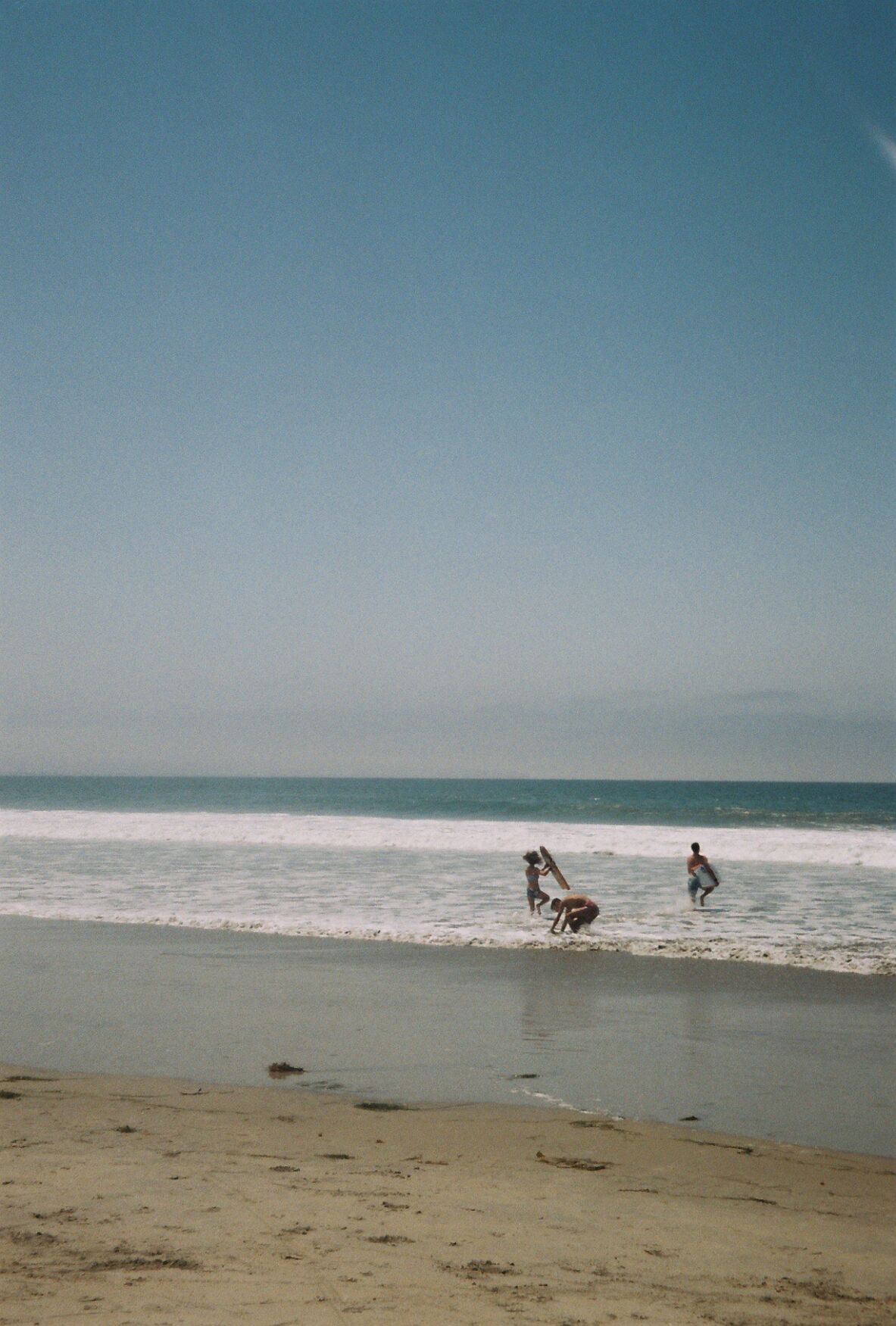 The beach in San Diego this summer.

Strolling in La Jolla near San Diego this summer.

Academy for Technology and the Classics track team in Estancia this year.

The beach in San Diego this summer.

When I was younger, I would use my mom’s Instagram account to post photos I took on her phone, always captioned “by: sofia” for everyone to see. I have always loved photography. When I got my first smartphone in sixth grade, all I did was take photos of everything: my friends, sunsets, my street in every season.

My interest in photography turned from digital to analog when I put a Polaroid camera on my Christmas list in 2018. It was the “trend,” and all I ever saw on social media were Polaroid walls in people’s bedrooms. Another popular instant camera, the Instax Mini series, has the classic white-framed film print, making the cutest bedroom decoration. At 14, I was finally gifted an Instax Mini 9.

Little did I know the gift would launch me into a yearslong love for all things film photography: the medium that best reveals how a person views the world and what they see as beautiful.

Not long after getting the Instax, I discovered YouTuber Willem Verbeeck, who documents his travels and the photos he takes on different cameras, while also providing some basic information on how the process of film photography and developing work.

I was intrigued by how simple yet narrative these photos were. His photos expressed so much complexity and detail beyond the simple shot. I learned more about what film to buy, which film cameras were beginner-friendly and how to work with the medium.

With a taste for instant photography and newfound knowledge on the world of film, I was saddened to see the prices of cameras ranging from $100 to $500 on Craigslist. However, one clue Verbeeck gave for finding a film camera is asking an older family member such as your parents or grandparents. I was amazed to learn my mom had a film camera of her own from many years back, a Pentax K-1000. That’s when my exploration into film photography truly began.

The Pentax K-1000 is an almost entirely mechanical film camera that technically does not require a battery, unless you want to use the light meter in the viewfinder, which allows the photographer to adjust the exposure controls on the lens. I personally chose not to, and it worked just fine for me.

I took my first photos in Denver, where my extended family lives. In my cousin’s neighborhood, the houses are particularly suburban and have a beach house look, so I framed them with a beautiful sunset in the back. I also shot some photos in Rocky Mountain National Park to capture the essence of our hike there. There was a river to follow, aspen trees and, of course, the beautiful Rocky Mountains.

All the photos came out fairly well for it being my first time working with film. I took them to the local Camera & Darkroom to get developed.

There were some lighting issues, but they added an interesting glared contrast to the photos. The color palettes were stunning, and I enjoyed seeing something I crafted with my own eye.

Then I broke my Pentax K-1000. I was mortified and anxious about the cost of fixing the damage, until I discovered the Olympus Infinity Stylus Epic Zoom in an old junk drawer. It, too, was a relic of my mother’s past.

Unlike the K-1000, the Olympus Infinity is a small point and shoot, so it doesn’t require adjustment. Instead, it has presets for shooting different scenes and adjustable zoom. All you need is a good eye.

This camera is great for capturing moments with friends. It’s easy and fast, but adds that beautiful film tint.

I definitely recommend a camera like this one for beginners. It’s similar to popular disposable cameras, but I recommend a point-and-shoot because it’s better for the environment: There is no need to dispose of the camera after using it.

The camera is also good for traveling. When I vacationed in San Diego over the summer, I kept it on my neck the whole time. It was light and easy to carry, unlike my last film camera. I was able to capture some beautiful moments throughout my trip, from start to finish.

My favorite part throughout this whole experience is finally developing the photos after shooting through a roll of film. It took until the end of the summer to finally develop my most recent roll, but it was definitely worth the wait and a great surprise to remember all the photos I had taken.

Sofia Barker is a junior at the Academy for Technology and the Classics. Contact her at sofiabarker8@gmail.com.

THANK YOU FOR KEEPING FILM PHOTOGRAPHY ALIVE IF NOT WELL. TRULY

A VISUAL MEDIUM THAT HAS CAPTURED LIFE AS WE KNOW IT FOR CENTURIES AND WILL CONTINUE FOR YEARS TO COME. AS DIGITAL AS CONVENIENT AS IT MAY BE DEGRADES WITH TIME AND OUR WONDERFUL DIGITAL PHOTOS OF TODAY WILL BE GONE TOMORROW UNLESS RE SHOT ON FILM. WHO WOULD HAVE THUNK ?