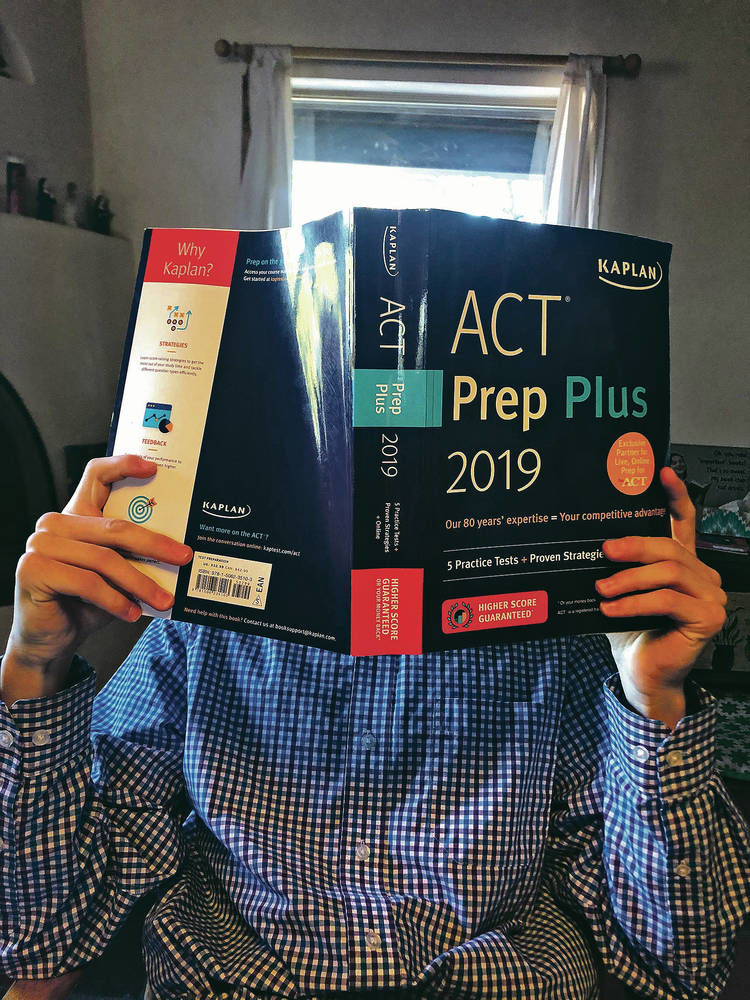 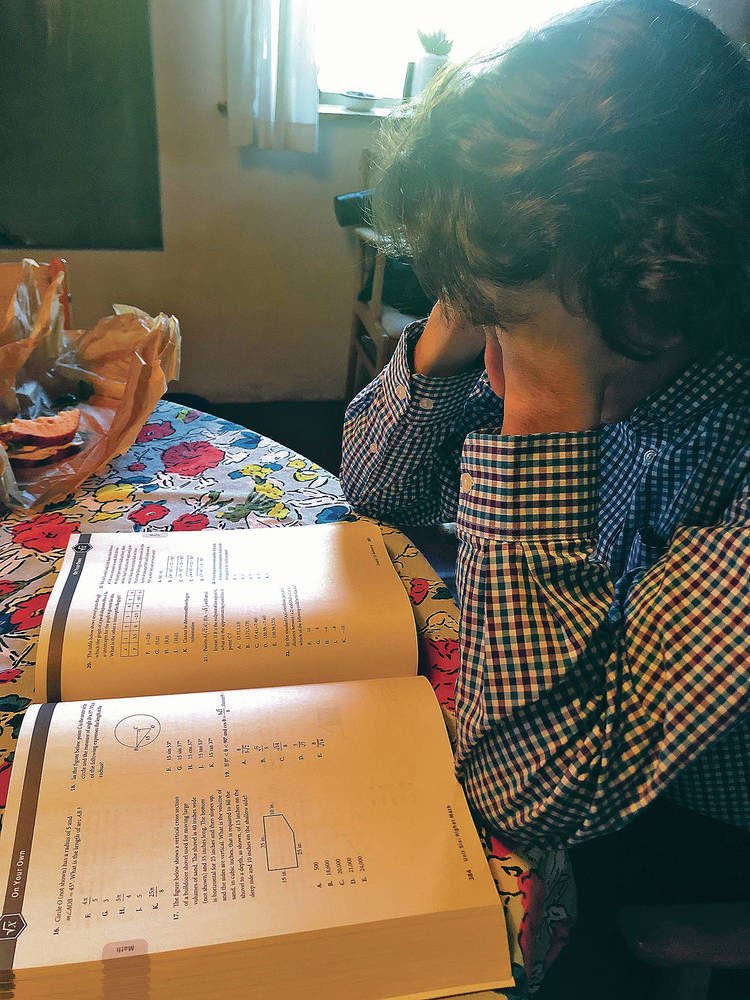 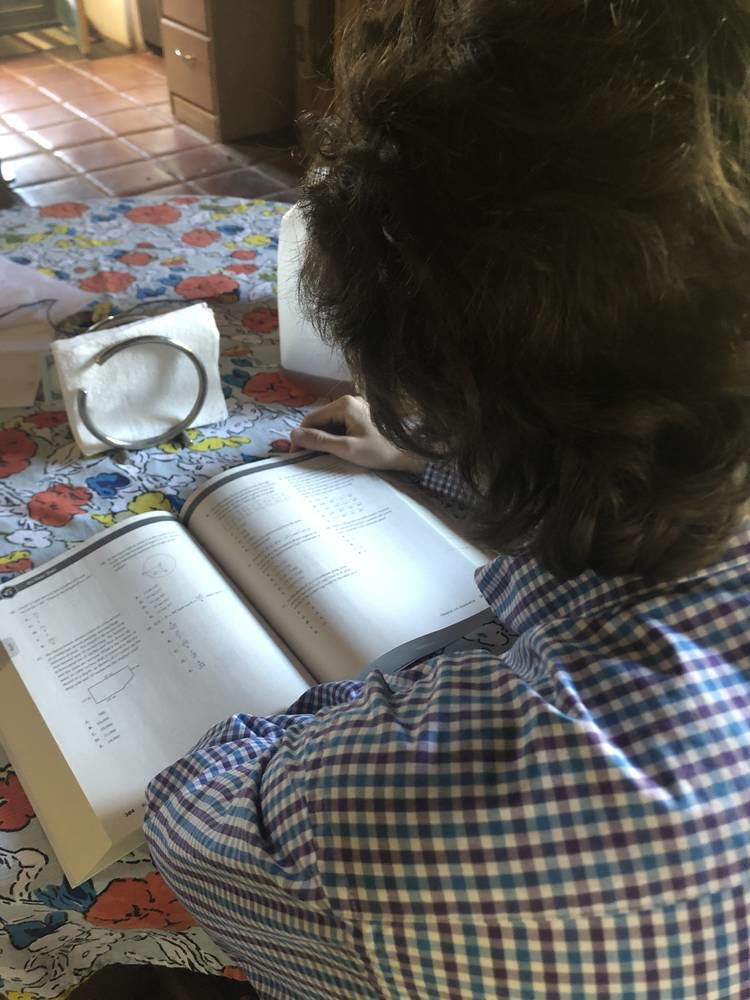 Since the first SAT test was created and published in 1926, the then hour-and-a-half-long test has evolved exponentially. The SAT and the ACT are booming industries, with approximately 800,000 students taking the SAT and 300,000 taking the ACT each year. These tests have been widely used and accepted by many colleges and institutions for decades, but the rigor and vitality of the exams themselves has changed greatly.

In New Mexico, it was recently decided that the SAT will be a mandated test for all high school juniors — the first time the state has funded students’ college entrance exams.

There are lots of components to consider when preparing for one of these tests, including cost, study prep and the scores you’re aiming for. However, in our competitive society, the pressure associated with these exams can feel suffocating.

“We’re just supposed to learn the tests, not the material,” said Justin Reynolds, a senior at Santa Fe High School, adding that while he believes the tests are important in the evaluation of college readiness, they’re overvalued. “They shouldn’t be weighted to the extent they are. It does nothing but hurt students, not help them.”

Rhiannon Webb, a junior at Santa Fe High School, agreed, noting the weight of the exam puts immense pressure on a student.

“I’ve been stressed about taking the test for months, and I haven’t even set a date yet,” Webb said.

As a college degree is necessary for most career paths, it’s increasingly vital for students to score as high as possible on the exams.

Brooke Skiba, an ACT and SAT tutor for Testive, an online test preparation organization, said since she took the tests in 2009, she has “seen more of a push for prep from the highest performing students. It seems to me that schools are becoming increasingly competitive, and higher scores are becoming more important in a lot of cases.”

The drive students are facing is sparked by a desire to go to college and receive scholarships to aid them. Yet, it’s difficult to balance high school and studying for tests when you want to receive such high scores, she said.

Additionally, Skiba said getting into college is based on a combination of factors, including one’s volunteerism, athletic achievements and extracurricular interests.

“I think these tests overstress high school students and do not show an accurate picture of how a student performs in school or interacts in class,” she said.

Christopher Eadie, a teacher and head of the AP program at Santa Fe High School, agreed.

“The most important thing to remember when preparing for these exams is: Yes it’s a high stakes exam, yes it’s important how you perform on that exam, but it’s not the end-all be-all,” Eadie said. “Getting into college is more than just one test, and while it helps determine a student’s academic bounds, there is so much more that comes into question.”

Cost also plays a huge role in the controversy associated with the ACT and SAT. To take the ACT costs at least $46 without the writing test, and the SAT costs $47.50 without an essay portion. However, this does not account for the study materials many students use to improve their scores.

Tutors can range from $30 to $200 an hour, depending on the level of aid you’re looking for. This makes it harder to assess scores when economic position plays into the preparation each student has access to.

“There are plenty of ways for a student to prep for the ACT or SAT without a tutor, but they do need to be highly motivated,” Skiba said.

If a student isn’t driven to study, there’s no way of knowing what score they’ll get or how they will do on the tests. High school students have lots of things going on, but to succeed on these exams, studying has to be a top priority, she said.

Over the past few years, numerous college acceptance scandals have been uncovered in which parents paid to have their children accepted into distinguished schools. In many cases, this was by cheating on the ACT or SAT. For example, actress Lori Loughlin is being tried for bribing her daughter’s way into the University of Southern California. Prosecutors claim she paid $500,000 to USC in 2016 and 2017 to ensure her daughter’s admission to the school.

“With any standardized test there’s the opportunity of manipulating results, of cheating,” Eadie said. “If a handful are cheating, it’s hard to stop. I mean, there’s fraud on Wall Street.”

He is convinced that cheating on tests such as these will always be an issue, no matter how much they change.

However, some schools have stopped requiring ACT and SAT test scores to apply for entrance. These “test-optional schools” judge their applicants more on their application essays, high school transcripts and merit.

Still, Rhiannon said, “Even if my dream school didn’t require the ACT and SAT scores, I would still take them. … Until all colleges don’t, we all should.”

The ACT and the SAT can seem very intimidating to a high school student, but if students go in with confidence, prepare and set reasonable expectations, they’ll be off on a better foot, Skiba said.

“A lot of your score will have to do with your mindset,” Skiba said. “The more optimistic you can be while taking the test, the less test anxiety will steal points from your score.”

Ivy St. Clair is a junior at Santa Fe High School. You can contact her at ivy.ian.st.clair@gmail.com.