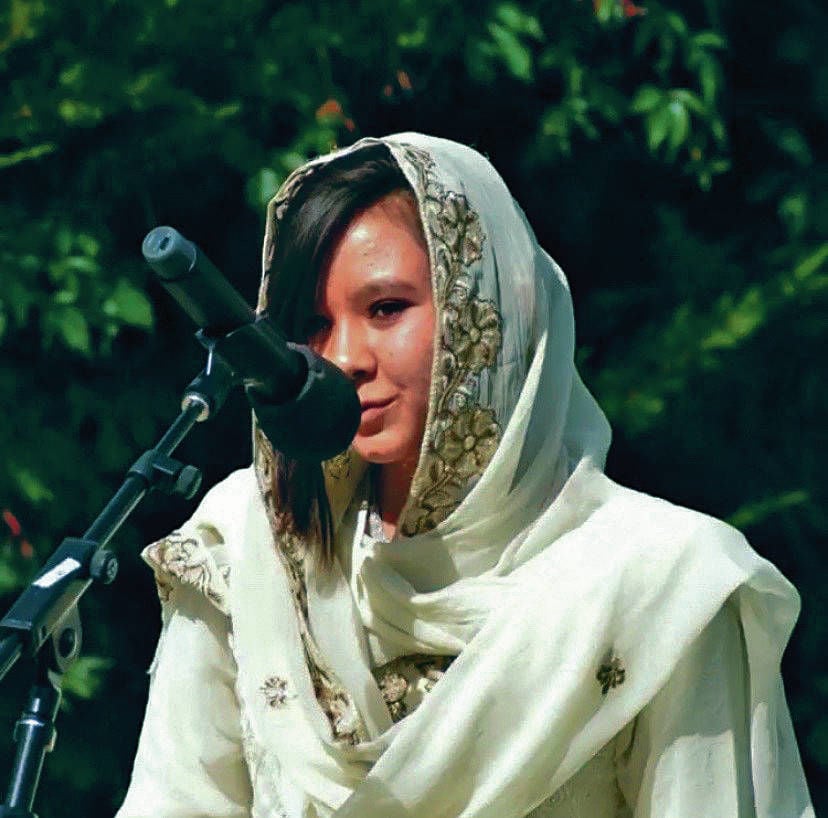 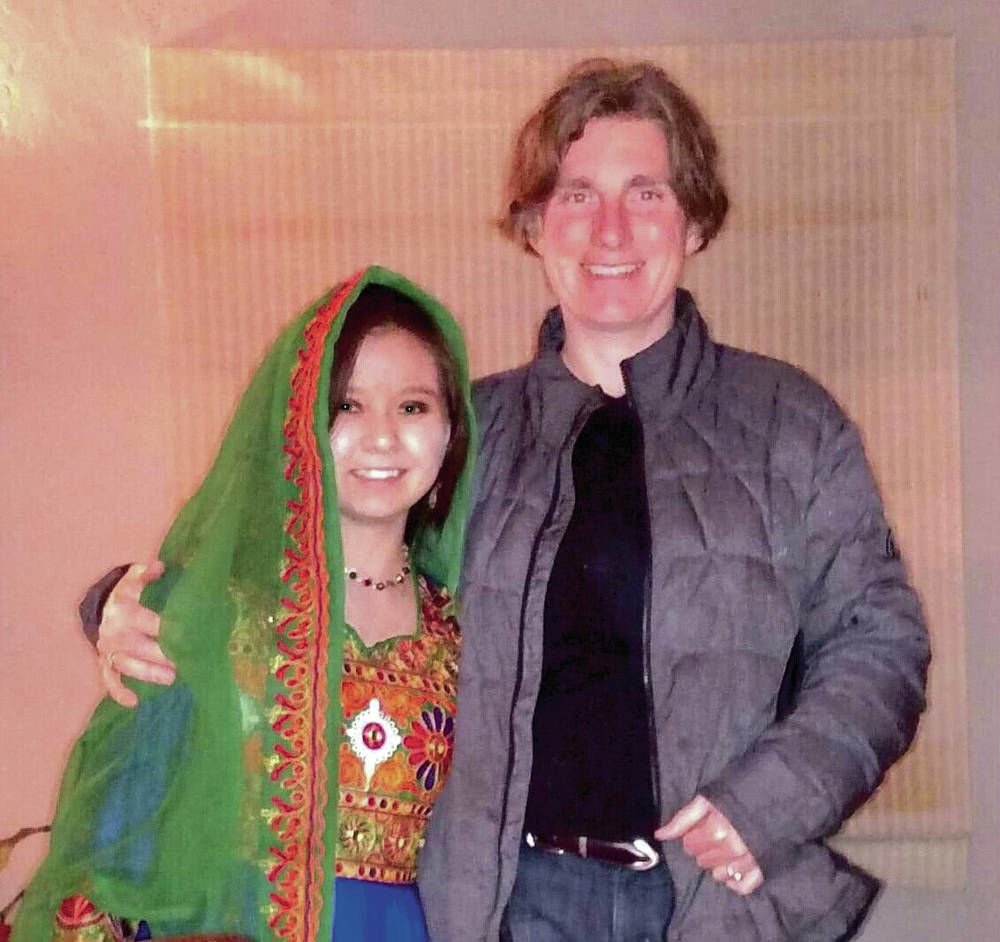 The night before Hakima Amiri’s first prom in the United States. Amiri is pictured next to her host mom, Naomi Swinton. 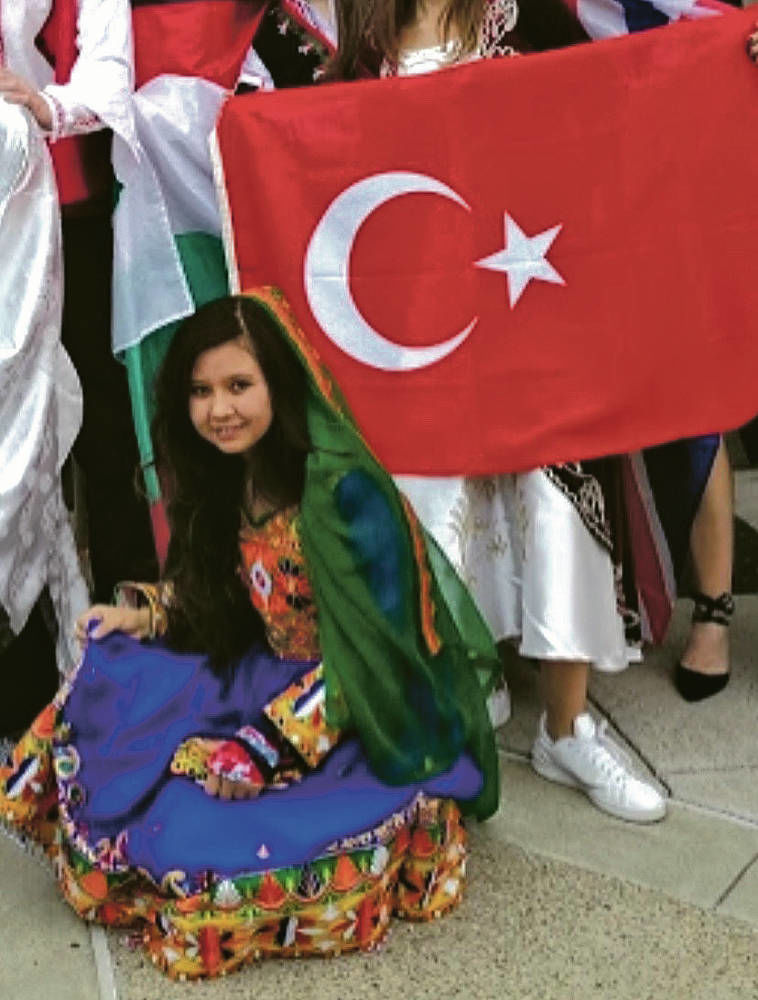 The night before Hakima Amiri’s first prom in the United States. Amiri is pictured next to her host mom, Naomi Swinton.

When Hakima Amiri turned 16 years old in New Mexico, she felt like she was at home — even though she was more than 7,000 miles away from her birthplace in Afghanistan.

Amiri immigrated to the United States from Afghanistan in January to pursue a higher education through the Refugee Educational Bridge Program run through the New Mexico Foundation. A partnership between Desert Academy, the United World College and the Santa Fe Council on International Relations brought Amiri and another young Afghan woman, Mah Begum, to New Mexico as the first students to participate in the program.

Being here “feels like an adventurous ride,” Amiri said. “It’s basically like paving the way for others — we have the responsibility of being good examples for the other students who might come.”

Growing up in Kabul came with its own set of challenges, Amiri said. Among them is gender inequality: Life for women is much more restrictive there, she said. Family members have told her the only way for a woman to be successful is through education — with the standard of earning straight A’s — or to marry a rich man. Even freely expressing one’s feelings is uncommon, she said.

“There was lots of hardships. … It’s corrupted. Living there as a woman, it’s really hard,” Amiri said.

The Asia Foundation’s 2018 Survey of the Afghan People seems to back her viewpoint. The report says women’s rights and opportunities in Afghanistan are “improving, but very slowly.” A lack of education, unemployment and domestic violence remain “significant challenges” for women, it says. UNICEF reports that 3.7 million school-age children there are out of school — 60 percent of them girls.

Amiri decided to take part in the Bridges program in order to create new opportunities for herself. She said life in the United States is much more open to giving her the chance to discover herself.

Still, the transition wasn’t easy. For one, Amiri said, the airports were nerve-wracking.

“I am sort of nervous whenever I travel or with security checks and stuff like that. … I know people who have been stopped and taken to a different room and asked if they’re terrorists just because they were from Afghanistan,” she said. “Whenever I’m traveling, I should be mindful of how I dress and what I carry in my suitcase; it’s even a risk to wear a hijab.”

Thankfully, Amiri said, she hasn’t experienced any discrimination since landing in the States.

Upon arrival in January, she jumped right into Desert Academy’s school year and immediately felt she was different than her peers.

“It would be really nice to speak my language. … The language barrier was a hard one to overcome,” Amiri said.

Even the food was different. Amiri described American food as often dry and was shocked at the amount of cheese people use on any given food.

After finishing up the school year at Desert Academy, Amiri transferred in August to United World College in Las Vegas, N.M., as a junior. She plans to stay there through her senior year of high school. As an international student enrolled in a school full of international students, “It’s easier because I have something in common with my peers,” she said.

The educational experience at both Desert Academy and United World College is significantly better than in Afghanistan, she said. In Kabul, education mostly consists of memorization without placing the material in context to demonstrate its worth. To graduate, students must take a test on everything they learned over the last 12 years, she said.

“It’s really hard to get into college,” Amiri said. “Students are really stressed. Some have committed suicide.”

American education is very different for her because it focuses more on critical thinking, she said.

Amiri dreams of getting into a good college and is looking forward to majoring in politics and international relations. She plans to stay in the United States or in the Western Hemisphere until she completes her degree. After college, she wants to return to Afghanistan to bring what she has learned to her community.

“I want to take back leadership skills; that’s something that is really needed,” she said. “Also important is responding to opinions in a nonviolent way. Those are things I really want to convey to other people.”

Amiri said she also hopes to promote more acceptance for people of different genders and ethnicities — “for who they are and what they have” — to help curb discrimination in Afghanistan.

As Amiri approaches the one-year anniversary of her journey to New Mexico, she and Mah Begum plan to soon reflect on how their perspective has changed.

“We’ll probably laugh at all the stuff we found shocking! [We can] talk about our experiences and reflect on how much we have changed and all the new stuff we have learned,” said Amiri.

On the subject of others traveling through the Bridges program, Amiri is hopeful.

“There’s a lot of girls in the same situation as me,” she said, “and if they had the same opportunity, it would be amazing.”

For more information on how to donate to the New Mexico Community Foundation’s Refugee Educational Bridge Program, visit tinyurl.com/ww8bbg8.