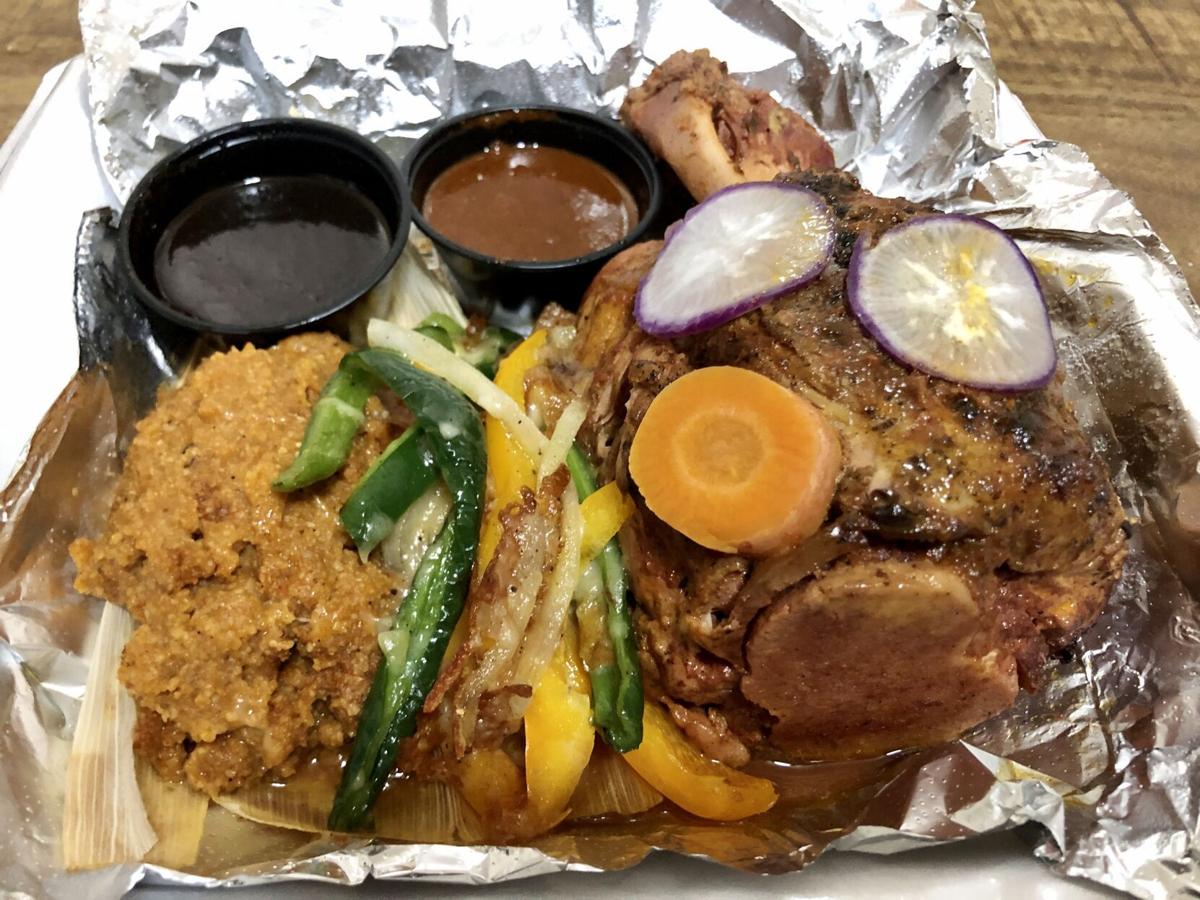 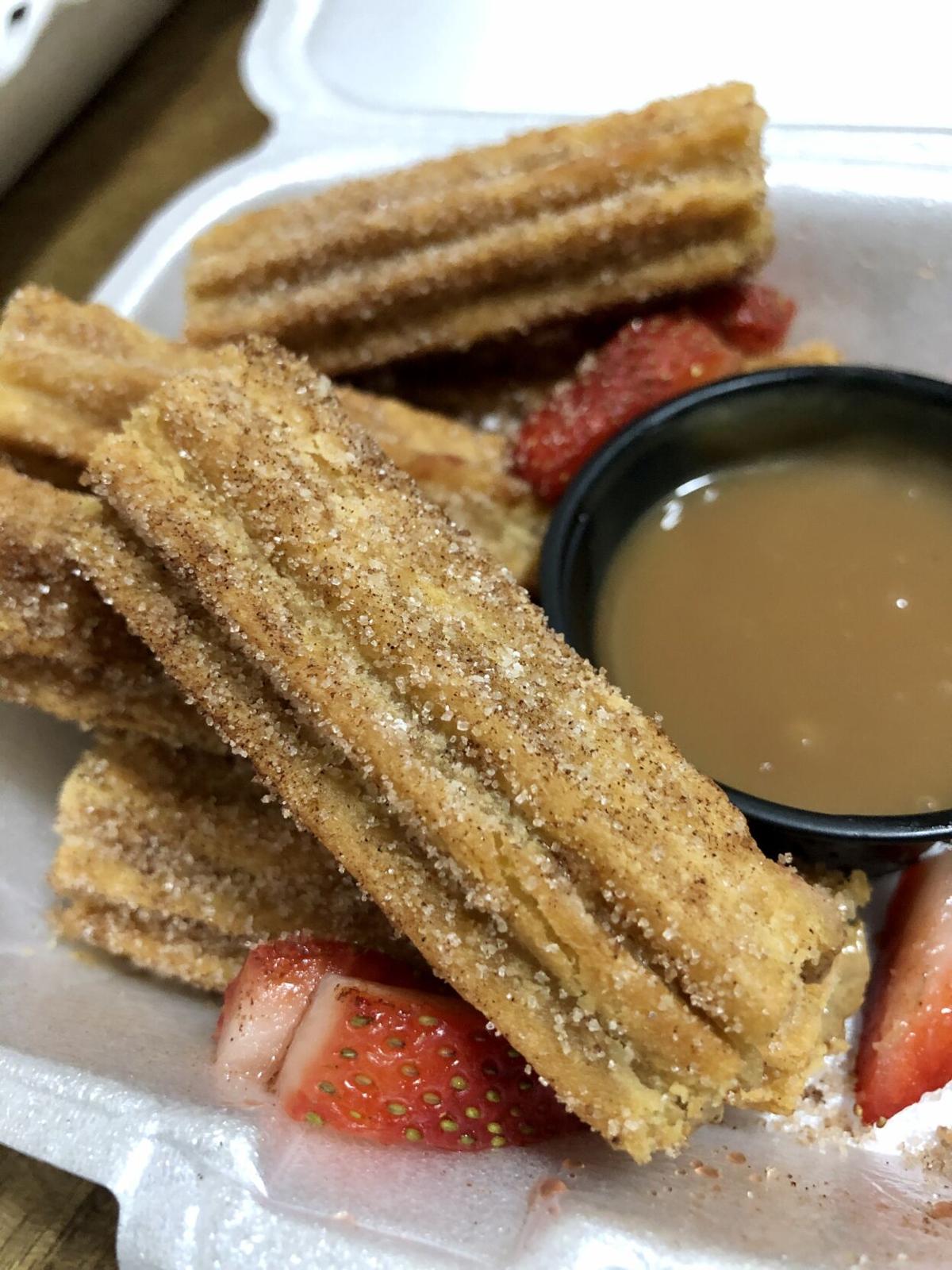 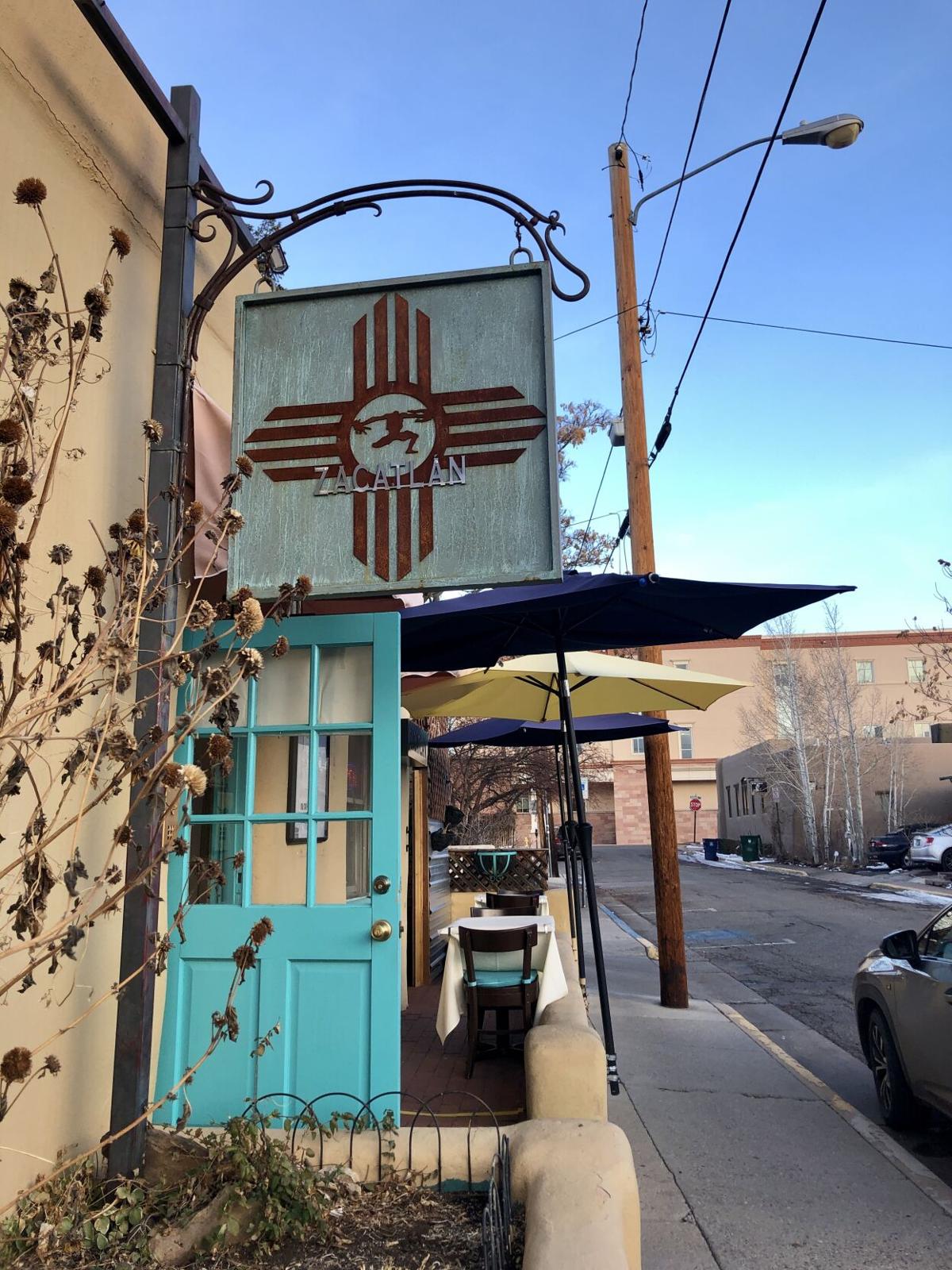 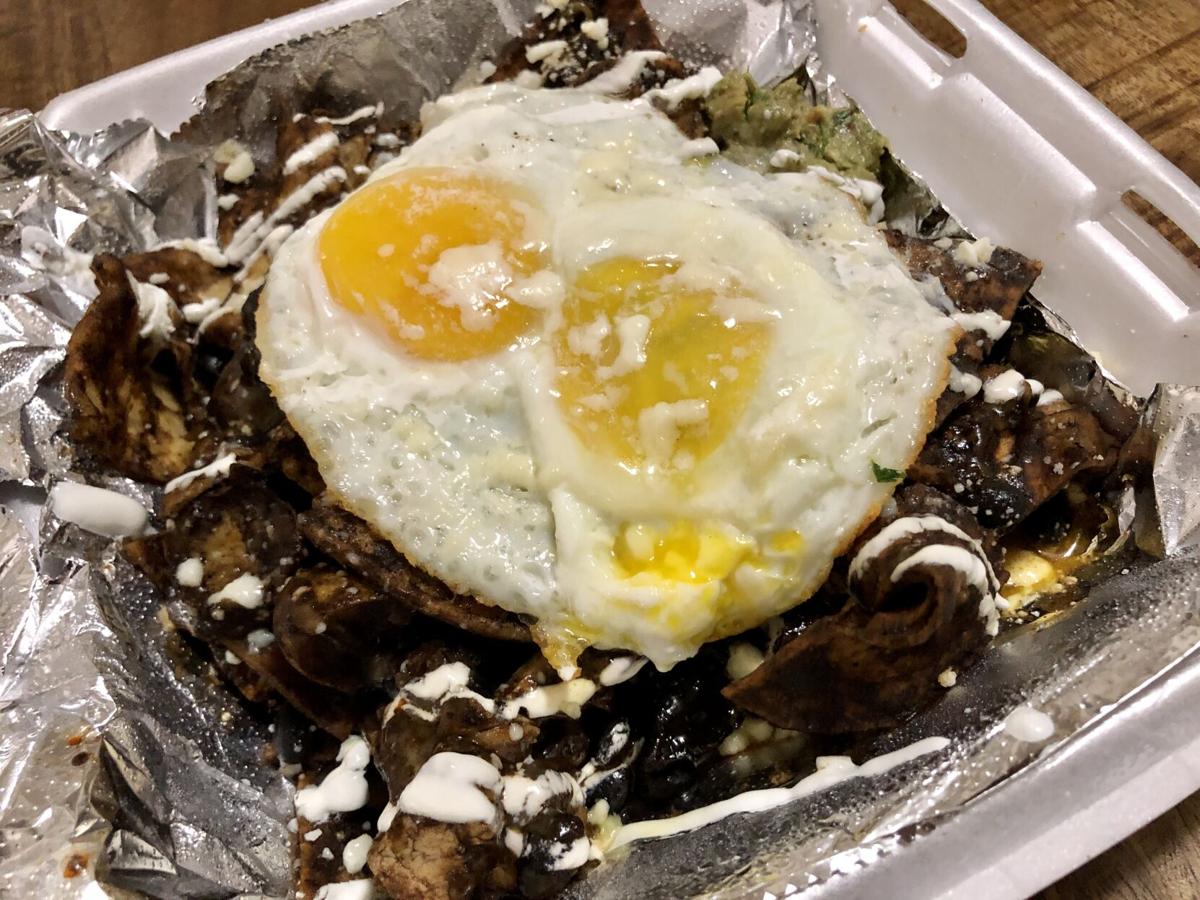 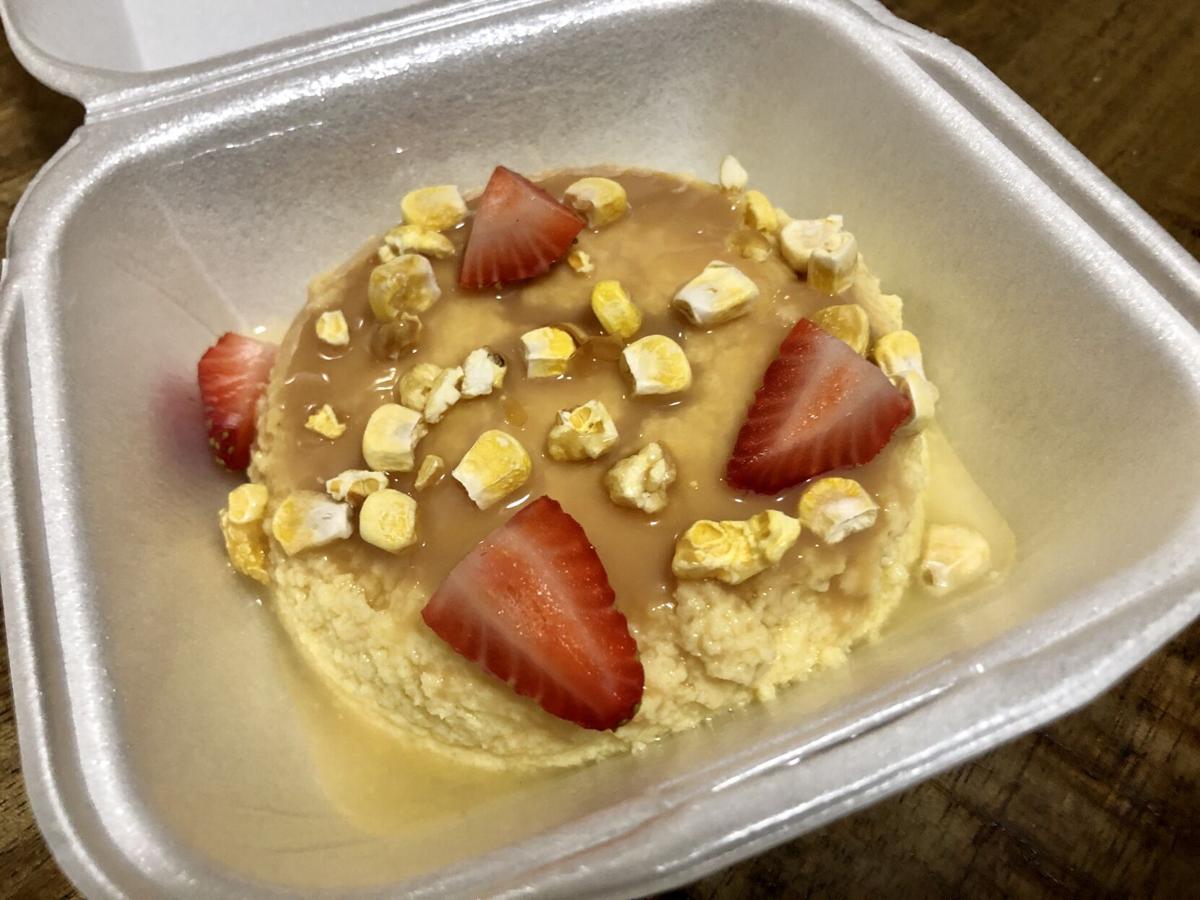 Someday — hopefully soon — spring and summer in Santa Fe will feel more like normal. You’ll once again play the local-or-tourist guessing game around the Plaza and the Railyard district, figuring out which folks are, say, ducking into Double Take to pick up souvenirs of turquoise jewelry and vintage cowboy gear and who’s just looking to grab some secondhand ballet shoes or cleats for their kids.

And just a few stops down from there on Aztec Street, the picturesque seating outside Zacatlán Restaurant will be some of the most coveted spots in town.

That’s my prediction, anyway. Because Zacatlán has all the irresistible hallmarks of a destination restaurant: creative, ambitious cuisine; a chef with a sparkling local pedigree who’s finally opened his own place; and a tiny footprint that will make tables all the more precious for those in the know.

For now, Zacatlán’s owner and chef, Eduardo Rodriguez, has streamlined his culinary prowess into brunch and dinner menus designed for running a restaurant in the uncertainty of a pandemic. Zacatlán’s cuisine melds Southwestern and Mexican influences with artful presentation and complex, authentic flavors.

“There’s a lot of good food here,” said Rodriguez, who hails from Zacatecas, Mexico, “but I really want to do real Mexican food, from the roots, in Santa Fe.”

The restaurant’s name, the Nahuatl translation for “land with an abundance of grass,” is a nod to Rodriguez’s homeland. But the chef’s culinary experience has a tradition of its own, steeped in the teachings of the late Santa Fe culinary powerhouse Eric DiStefano. Rodriguez worked under DiStefano since the late ’90s, first at Geronimo and then starting in 2007 at Coyote Cafe, where Rodriguez eventually served as executive chef.

Rodriguez had long dreamed of opening his own restaurant, and when the right property came along last year, he decided to take the plunge. Supported by his girlfriend and family, whom he says have been instrumental in his work, he opened Zacatlán in “a little old casita” off Guadalupe.

“I know it’s difficult right now, but I had to just take the risk,” he said. “I was just watching TV, worrying at home.”

Rodriguez describes his brunch menu as the more casual of the two: “like real authentic chilaquiles from your abuela.” The menu features an appealing mix of dishes like tacos and huevos rancheros, chicken and waffles topped with agave, and surf and turf eggs Benedict with a green chile hollandaise. The breakfast burrito ($11.50) comes with red or green chile, asadero cheese, scrambled eggs, roasted potatoes, bacon, crema Mexicana and guacamole.

But about those chilaquiles. I had the mole negro variety (there are also verdes and rojos dishes, all $12.50), and if I’ve ever had upscale comfort food, this is it. Housemade tortillas supported an artfully plated (even in my takeout box) assortment of tender chunks of chicken, black beans and potatoes, smothered in queso Chihuahua and that rich, complex mole — not to mention two organic over-easy eggs. The dish provided more than enough to enjoy again the next day.

Rodriguez has been inspired by his trips to Mexico and was captivated by the mole negro he tried in Oaxaca. He uses it, he says, “for whatever comes to mind.”

The dinner menu brings back the taco offerings — fish, steak and barbacoa, $20 for four — and two salads, hibiscus poached pear ($12) and burrata ($20), but the emphasis in the evening is on the signature dishes.

I had the cochinita pibil ($36), inspired by Rodriguez’s journey to Yucatán. Here, the traditional braised pork dish comes in the form of a massive pork shank decorated with slices of poached pears and radishes. The tender meat is complemented with a buttery-soft tamale, sweet corn rajas, housemade tortillas and a deeply complex mole coloradito.

Already, word of mouth is spreading: Zacatlán was named one of the Top 10 Best New Restaurants in the Country in USA Today‘s 10Best Readers Choice Awards for 2020. But these menus, Rodriguez said, are just the start as he navigates the unsteady waves of the pandemic. With an interest in molecular gastronomy and decades of experience in some of Santa Fe’s finest kitchens under his belt, he’s got much more up his sleeve.

“Wait for the future,” he promised. “When all this ends, we’ll be doing something even more amazing.”

In the meantime, visiting Zacatlán now keeps an ambitious new restaurant afloat — and gives you bragging rights that you were there before it became one of Santa Fe’s must-visit destinations.