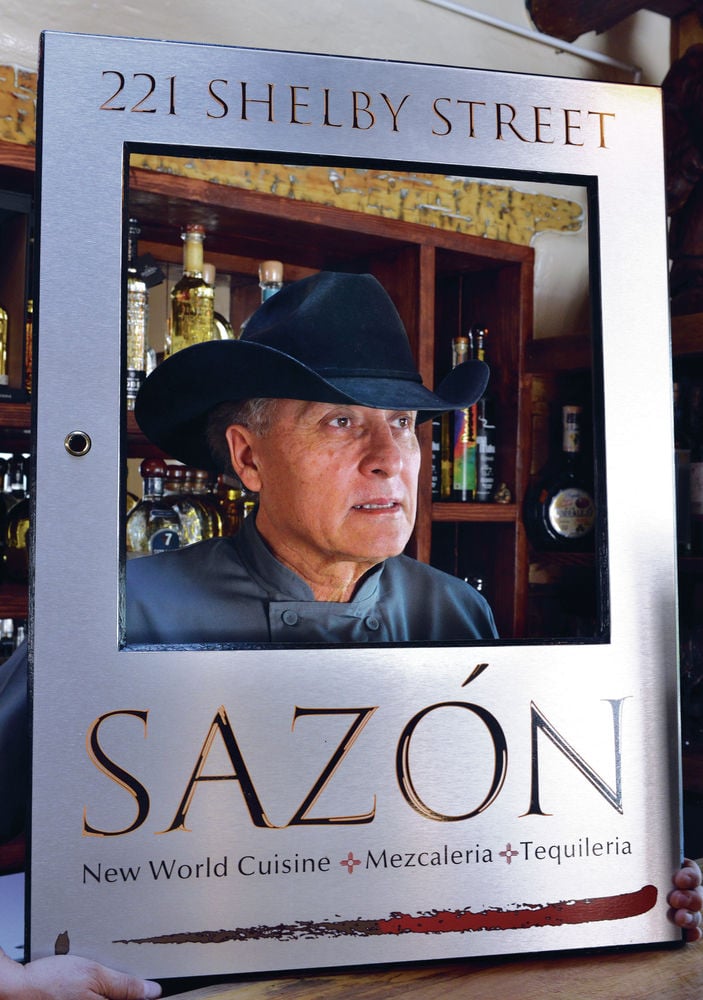 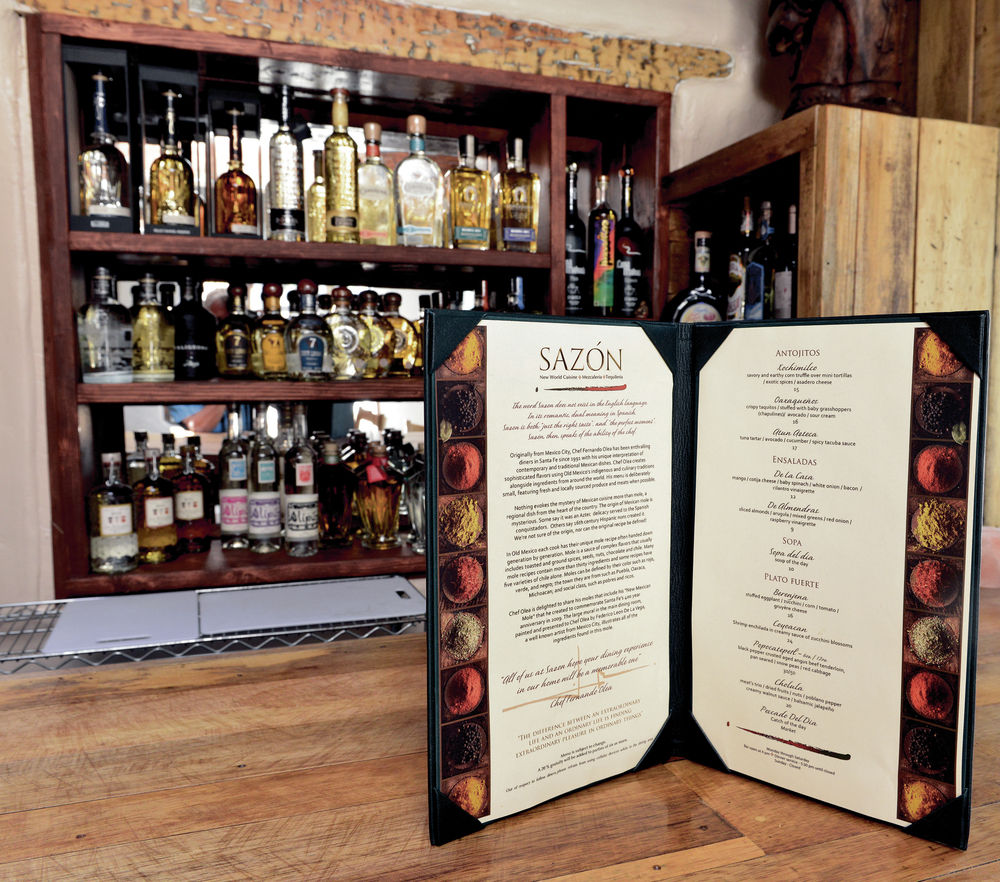 In Santa Fe, a city that many in America think is actually in Mexico, the king of authentic Mexican food is arguably chef Fernando Olea.

Olea, who is from Mexico City, moved to the U.S. in 1983, first to Minneapolis and then to Santa Fe, where he and his wife purchased Santa Fe-vorite Bert’s Burger Bowl. Bert’s was obviously not a Mexican joint but was definitely a staple of Santa Fe’s lunch scene, a burger stand with a cult following that left many hungry diners standing with their foreheads resting sadly on the front door when Olea finally sold it. But even during the years it was up and running, Olea wasn’t quite satisfied with his mastery of the quintessential American sandwich, even if it did have green chile on it.

“I was missing the flavors of Mexico,” he says. “Not too many restaurants serve the food of Mexico, even though they call it Mexican food. Now we see some places, but most of the food they have is from Chihuahua, and the cuisine is a little different than the cuisine you find in the center of Mexico, which is more elaborate. That’s what I was raised with.”

So Olea opened Bert’s La Taqueria about 18 years ago on St. Michael’s Drive, serving four styles of tacos from four regions in Mexico. Then in 2001, he opened a higher-end eatery that was first called El Encanto and then Epazote, serving fine Mexican cuisine. Both La Taqueria and Epazote have since closed, and for a while, if people wanted Olea’s much-beloved food, they had to be invited to dinner at his house to get it.

But as of this week, the space at 221 Shelby St. that formerly housed Julian’s, then Amavi, and most recently Tanti Luce, is now home to Olea’s newest incarnation, Sazón, a polished fine-dining establishment that has its suit and tie on and compromises on nothing.

Inside, the restaurant is a homey warren of rooms, like an upscale hobbit restaurant, cozy and decorated with an understated Mexican vibe and a smokey, sexy ambiance, particularly in the totally renovated bar area. The menu diners initially receive is surprisingly short, with about five small plates and five entrees that run the gamut of high-end Latin-fusion cuisine, rife with pre-Columbian flavors, like huitlacoche (corn fungus) on tiny little tortillas or chapulinas (fried grasshoppers, a former favorite at Bert’s La Taqueria) with guacamole. The main courses are solid but not adventurous, including a shrimp enchilada, a vegetarian stuffed eggplant dish and beef tenderloin with black pepper. Olea describes the standing menu as “very, very basic,” designed to offer something for everybody: a vegetarian dish, a meat dish, a fish of the day.

The other half of the menu, which will change nightly, is the specials, heavily featuring Olea’s signature moles, which are the real reason to go to Sazón.

“Mole is the sauce of Mexico, and we have thousands of moles,” Olea says. “Each cook in Mexico prepares their own mole, each state, each city, each restaurant, each family. They get passed down generations — the mothers give the recipe to one of the daughters; not to everybody, to one of the daughters. She keeps it secret.”

Mole is more than a sauce; it is an amalgamation of ingredients, a thick soup of smokey-sweet savoriness made of chile and seeds and chocolate and everything else crushed in a stone metate. The mole itself is frankly more important to the dish than the protein or the tortillas or anything else. There are black moles, green moles, red moles, some famously made with chocolate, others intended for fish, etc. Olea’s moles will change every night, some he wangled from his family (despite not being a favorite daughter) and some he creates himself. One of his more famous is a much-reprinted mole he invented to celebrate the 400th anniversary of Santa Fe itself, a red mole composed of apricots, pecans, red Chimayó chile and white chocolate. At Sazón, the specials menu will feature three to five mole dishes every night.

And since he will offer more mole varieties than anyone in town, it is also fitting that Olea pair them with Santa Fe’s largest selection of mezcal, Mexico’s official representative at the United Nations of Libations, a drink that has suffered from years of misconceptions that Olea himself shared at one time.

“Until 13 years ago, I thought that mezcal was the most disgusting spirit in the world,” Olea laughs. “When I was a teenager, we used to party late hours and go knock on the liquor store, and they’d open a little window and sell us some mezcal that was very inexpensive. It was all we could afford at that time, and it was the most disgusting thing.”

Later, at a completely different phase of his life, Olea was invited by the Mexican government to a dinner with restaurateurs from all over the United States, where they were invited to taste mezcal again. “I was shaking to think what horrible thing I would have to swallow,” Olea says. “But we had our dinner and they started passing the mezcals, and I sipped the first mezcal and my eyes opened like you can’t imagine, because I discovered something magic: I discovered that mezcal is the most incredible spirit.”

Misunderstandings abound about mezcal. People think it’s a low-brow back-alley liquor, something with a worm to be drunk on a dare, Mexico’s answer to Appalachian moonshine. Olea himself says that up until that point he believed that mezcal was “whatever was left after making tequila that wasn’t good enough to be called tequila. I was so ignorant on that point.” Tequila is itself actually a mezcal (a word that basically describes any distilled agave spirit), just one that has been rarefied to a very distinct flavor signature, regulated to a specific geographic area (Jalisco, Mexico) and brilliantly branded.

Tequila has a very distinct flavor profile, and compared to mezcal, it is relatively neutral. While tequila can only be made of one kind of blue agave, mezcals can be made from a wide variety of agave species, produced in small batches and, according to Olea, frequently aged in oak barrels, which lends them a whiskey-like smokiness. That drastically changes the way they blend into cocktails, and the bartenders at Sazón have been tasked with composing innovative new recipes to showcase the vast panoply of flavors in Olea’s mezcals, of which he plans to serve at least 15 labels.

“Everybody kept trying to prepare tequila drinks with mezcal instead,” Olea says. “But it needs to be something completely different. There needs to be some mixes created to really showcase the mezcal.”

And because grown-up restaurants have grown-up wine lists, Sazón’s sommelier, Rob Ortiz, has designed a bold wine program that will offer roughly 75 wines by the glass, from basic table wines to fine vintages topping out at $70 a glass. They are able to do this with the aid of modern technology; specifically a shiny new Coravin system, consisting of a syringe-like extractor that both sucks a glass full of wine out of a bottle while injecting inert argon gas back into the resulting empty space to keep the wine safe in an anaerobic environment, allowing them to pour someone a single glass without compromising the rest of the bottle.

Olea isn’t quite done serving tacos though; he intends to turn the space’s currently disused vast two-level patio into a casual patio/taco joint next year, so mole junkies can get their fix for at least two meals a day. But for now, Sazón is only open for dinner, and they strongly suggest reservations. The restaurant opens Thursday, and Olea hopes it enjoys a similar epic run as his first beloved Santa Fe establishment.

Enchiladas Suizas, pretty please? The way they made them at Sanborn's. It was my childhood comfort meal.