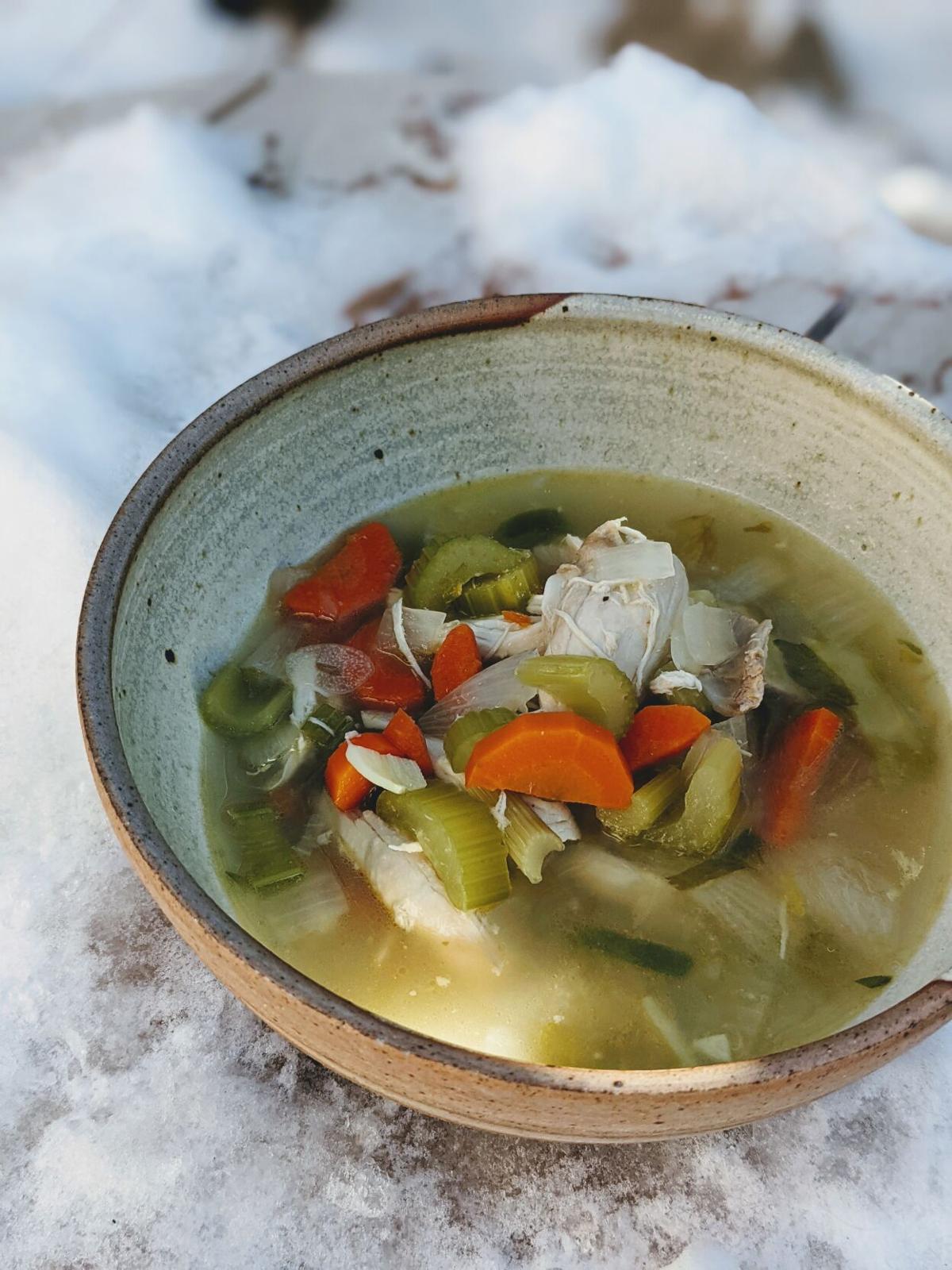 This fast chicken soup, which incorporates a rotisserie chicken, is flexible and easy to prepare.

This week didn’t go as expected. I had dreams about organizing the kids’ room and a handful of other around-the-house projects. Instead, I had my hands full with sick kids, laundry and piles of dishes. A friend asked me what she could drop off, and without question, I said, “A rotisserie chicken.” I knew I could quickly make a pot of soup that would last us for days. In fact, on the evening I made this soup, I was simultaneously playing a board game with one of the kids, trying to keep their spirits up despite this less-than-ideal start to the new year. It took a little over an hour in total, but most of the time was spent playing an extended game of Settlers of Catan in between slicing and throwing things in the pot.

You’ll notice that in this recipe, I don’t get too specific about how to cut the veggies. That’s because it doesn’t matter! As long as you chop, dice or slice them all roughly the same size, they will finish cooking around the same time. Personally, I like to leave the carrots and celery just a little crunchy during the first cooking, because then they don’t get soft when they are heated up later.

I had another recipe in mind for this week, but it will have to wait because I believe it’s important to share this simplest of soup recipes. A part of me feels like we all need it, or some version of it, right now. Of course, you could add other vegetables, herbs, rice or noodles. You could even leave out the chicken if you are vegetarian. While I was making it, I noticed myself thinking, “Ooh, coconut milk might be nice” or, “Maybe I should add some ginger and turmeric.” But in the end, I just wanted — and needed — for this to be easy and quick. I break many rules in the making of this soup, like making the broth without vegetables and herbs. But you know what? The broth was beautifully golden and tasted full of warmth, flavor and all the nourishing goodness I could wish for. My wish this week is much the same — warmth, health and nourishing goodness for you and yours.

I was so excited to take this photo in the snow. As soon as I snapped the picture, I turned around for just a moment, and when I looked back, my dog had happened upon the soup, thinking it had been left just for him. Boy was he happy.

Because this soup yields a whopping four quarts, there is plenty to share or freeze for later use (ideally for humans).

Preparation: Break the rotisserie chicken into quarters and place into a large soup pot. If there is any juice left in the bag, make sure to pour that into the pot. Add the 10 cups of water and bring this to a boil. Reduce the heat to low and let it simmer for 30 minutes.

Once the 30 minutes is up, transfer the chicken pieces to a large bowl with tongs and strain the remaining broth through a fine mesh strainer. Once the chicken is cool enough to handle, pick the chicken meat off the bones and reserve. Take a look at the soup pot and make sure there are no residual bones stuck to the bottom, then turn the heat back to medium-high. Add the butter, onions, carrots, celery and garlic, and cook for around 10 minutes, stirring occasionally. Add the chicken broth and reserved chicken meat and let the soup simmer for around 20 minutes, or until the vegetables are just tender enough. Season with sea salt to taste.

Marianne Sundquist is a chef and writer who in 2020 co-founded Stokli, an online general store. Find her on Instagram@chefmariannesundquist, and email her at marianne@stokli.com.