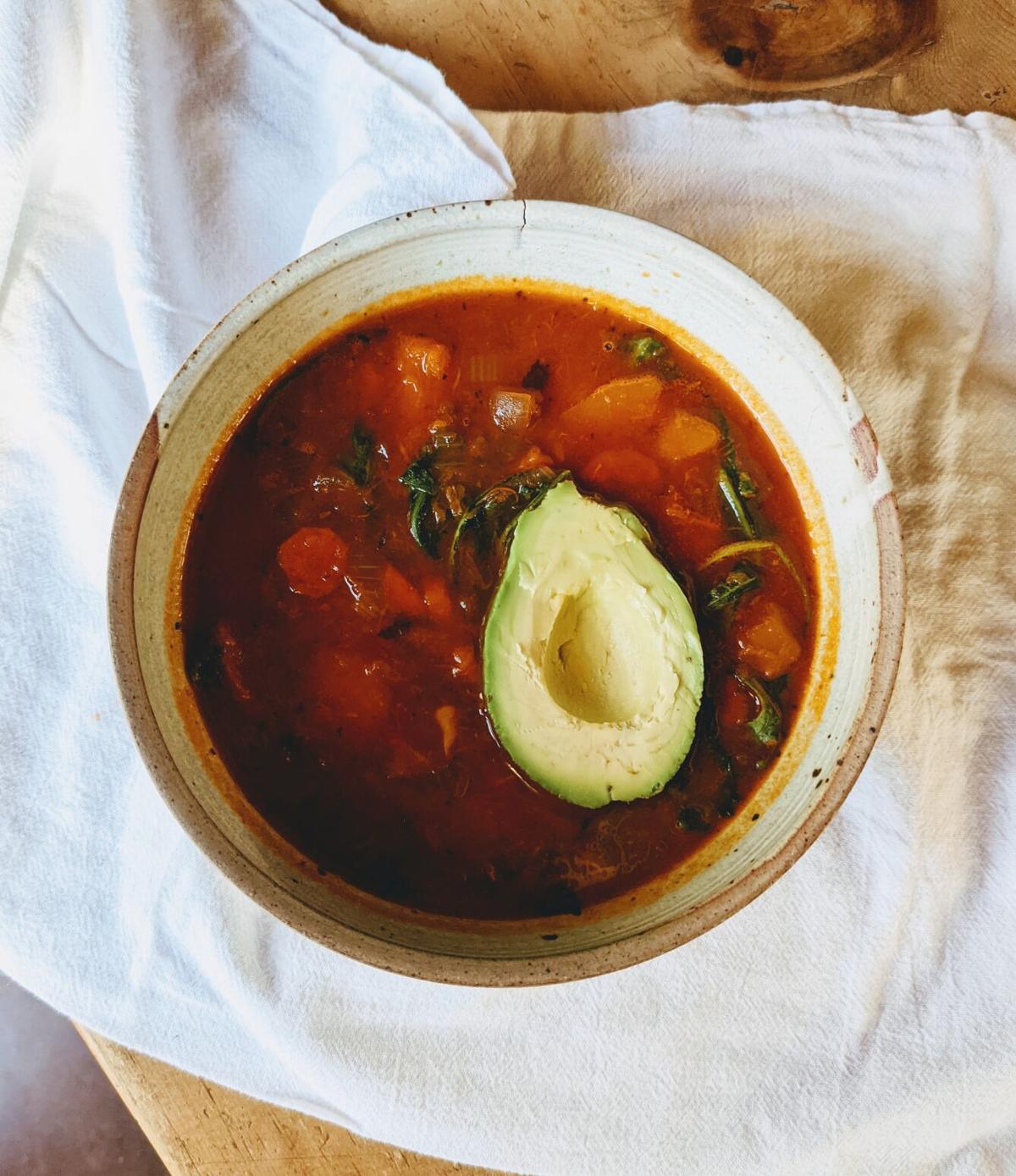 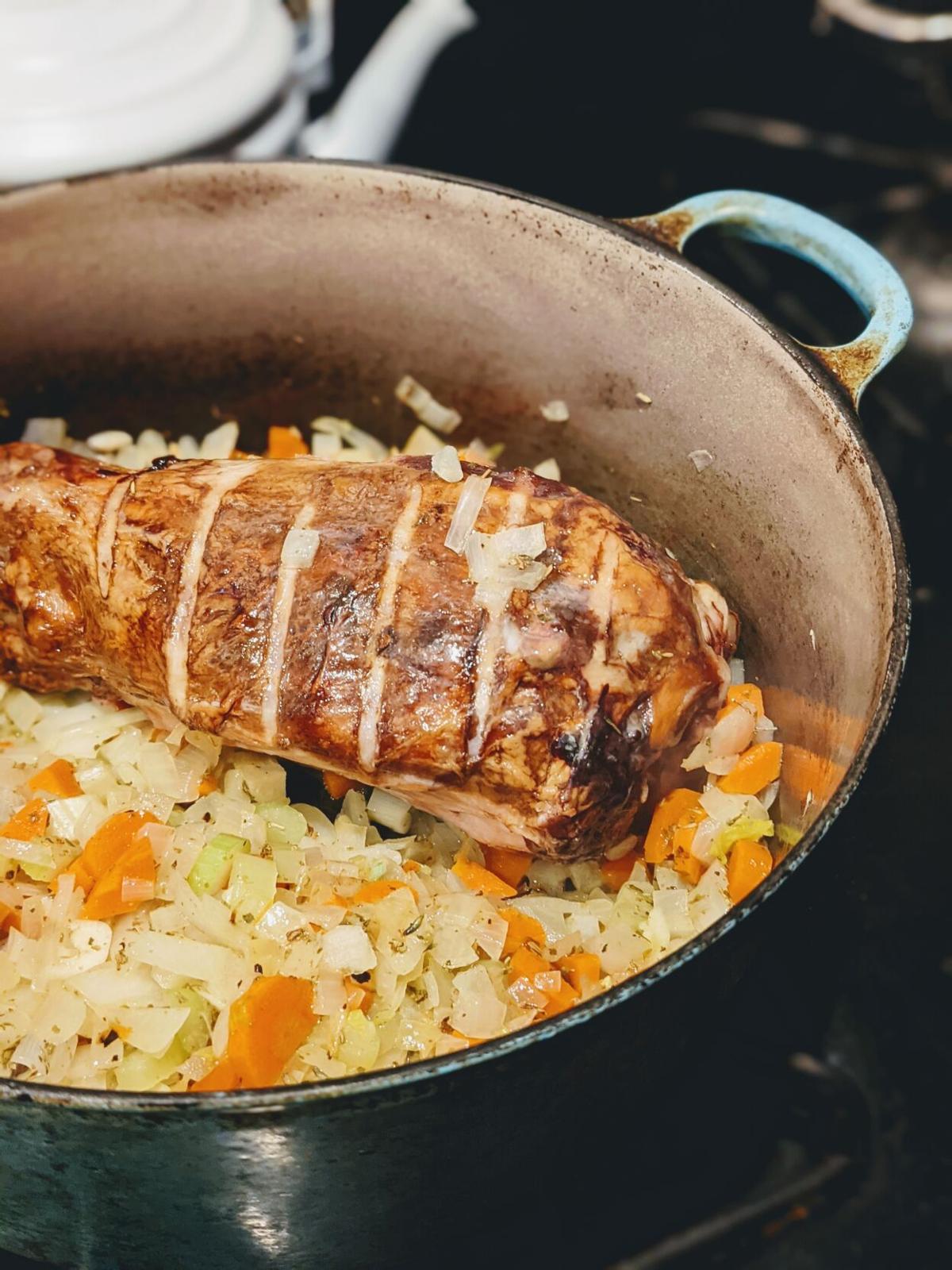 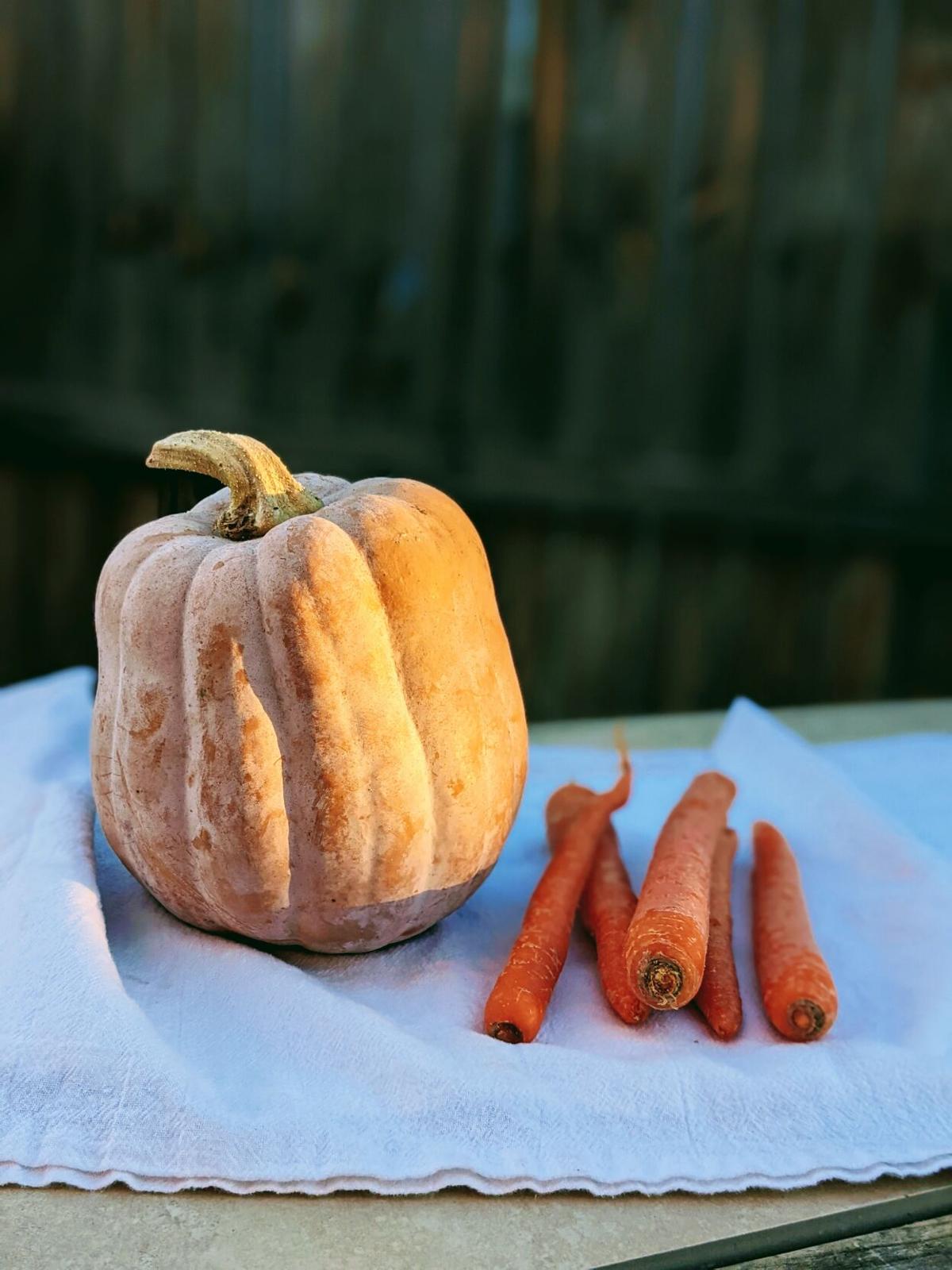 Last week I realized the little pumpkin I picked up at Reunity Resources Farmstand was somehow forgotten during my pie-making sessions over the past few weeks. And being that I found myself in need of a hearty dinner that would last for many meals, I knew soup was the perfect way to put this beautiful fruit from the squash family to use.

While I used pumpkin because that’s what I had, any kind of hard squash would work. You could easily make this vegetarian by leaving out the smoked ham hock. A garnish isn’t required, but scallions, chives, cilantro, breadcrumbs or croutons, even garlic oil, would be delicious. On this particular day, I had an avocado I was worried wouldn’t last another day, so I placed a half of one in my bowl for a decadent (and beautiful) addition.

On the day I made this, I pulled a tub of mild red chile out of the freezer thinking it was diced, and when I opened up the container, it was puréed. I was hesitant at first. This wasn’t the little pieces of red chile I had imagined would be floating around and between the smoked ham broth. But in the end, I decided to go for it, and I am so happy I did. What would have been a flavorful thin broth transformed into a velvety, rich and earthy broth thanks to the red chile purée. Cooking provides never-ending lessons, and in this instance, I was reminded of a big one — sometimes we are five seconds away from the best version of a dish we have ever made, simply by taking the tiniest step into the territory of curiosity and the unknown.

4 cups kale, torn into pieces (or other dark green of choice)

Preparation: In a large soup pot over medium heat, add the butter. After a minute, add the onion, carrots and celery. Let this cook for around 15 minutes, stirring occasionally. Add the garlic and dried herbs. Stir and let cook for another couple of minutes. Add the ham hock, pumpkin, red chile and water. Bring to a simmer and lower heat. Let the soup simmer for 2 hours. Carefully remove the ham hock from the pot with tongs and when cool enough to handle, pick the meat off the bones, returning only the meat back to the pot. Taste and add salt and pepper as needed. Five minutes before serving, add kale and cook until the greens wilt their way into the soup. Ladle into bowls and enjoy.

Marianne Sundquist is a chef and writer who in 2020 co-founded Stokli, an online general store. Find her on Instagram

This is sooo stick-to-your-winter-bones and yummy-for-your-palate delicious! Just made it today also with the Stokli High Desert salt I got from you last week : ) My avos still green but added lime, roasted pepitos and cilantro on top. Thank you for this!