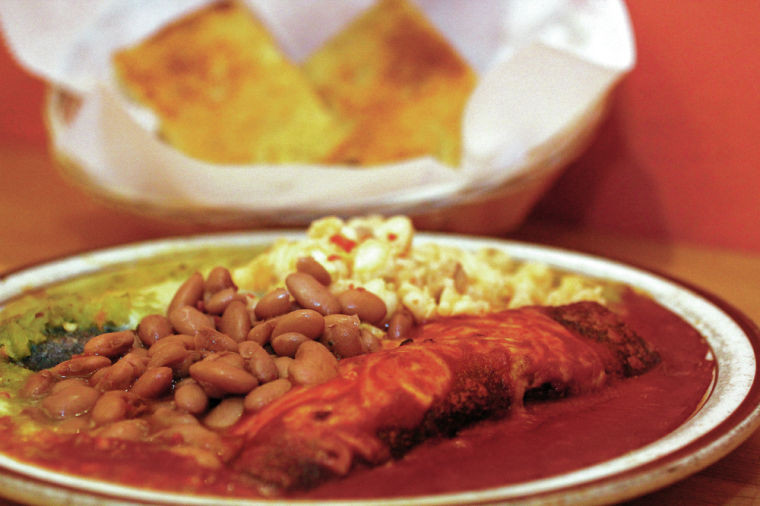 The Christmas blue corn enchilada plate at The Shed. ‘We try to produce food that’s comparable to what you’d get in someone’s home. And that’s tricky, too, to do large quantities of home-style cooking, but we’ve been pretty successful at doing so,’ says Courtney Carswell, owner of the restaurant. Jane Phillips/The New Mexican 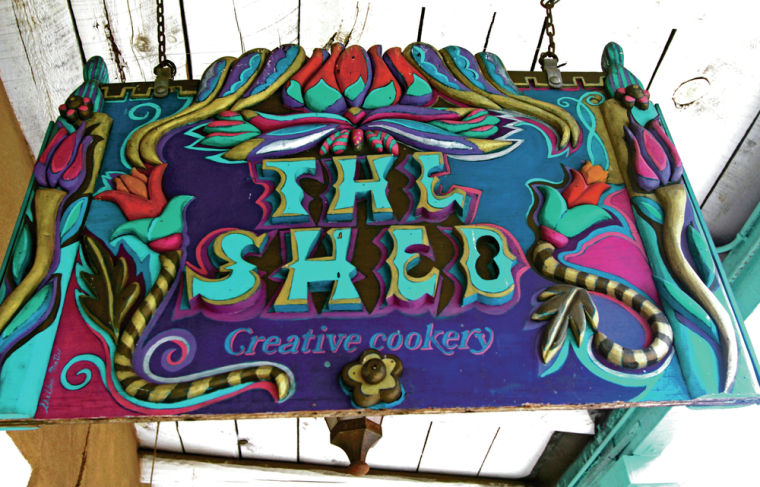 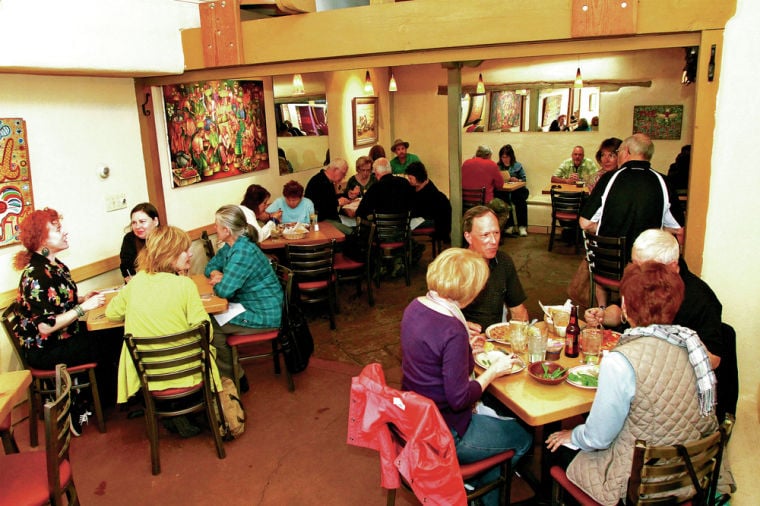 The Shed was named as one of the best Mexican restaurants in the U.S. by Travel + Leisure. Jane Phillips/The New Mexican

The Christmas blue corn enchilada plate at The Shed. ‘We try to produce food that’s comparable to what you’d get in someone’s home. And that’s tricky, too, to do large quantities of home-style cooking, but we’ve been pretty successful at doing so,’ says Courtney Carswell, owner of the restaurant. Jane Phillips/The New Mexican

The Shed was named as one of the best Mexican restaurants in the U.S. by Travel + Leisure. Jane Phillips/The New Mexican

All of the above were mentioned as reasons The Shed in Santa Fe was named as one of the best Mexican restaurants in the U.S. by Travel + Leisure. The restaurant was highlighted as one of 30 restaurants across the country on the magazine’s site and in the April 2013 issue. Other restaurants selected as favorites in the magazine were located in L.A., Houston, Washington, D.C., and New York. In New Mexico, El Modelo of Albuquerque also made the list, specifically for the restaurant’s tortillas.

Courtney Carswell, owner of The Shed, was notified last week that his restaurant had made the list. He said he thinks people like the restaurant because of the commitment to fresh, quality ingredients and flavors customers usually can’t get anywhere other than the home.

“I think pretty much we’ve sort of aimed at a value, a value based on local tastes,” Carswell said. “We try to produce food that’s comparable to what you’d get in someone’s home. And that’s tricky, too, to do large quantities of home-style cooking, but we’ve been pretty successful at doing so.”

One of the restaurant’s most popular dishes, Carswell says, are those red chile enchiladas Travel + Leisure noted. The dish includes cheese, onions, blue corn tortillas with a fried egg on top, giving the meal a “wonderful combination of flavors.”

Although The Shed centers around the taste of Northern New Mexico, which has Pueblo and Spanish influences, Carswell said that when the restaurant first opened in 1953, the food was more European, the atmosphere more like a Bohemian bistro and overall, served customers on a much smaller scale. Carswell’s mother, Polly Carswell, was really good with food, he said, and before opening the restaurant, she would serve artists and various people in the mountains below the ski area from the Girl Scout Lodge. People liked the food, Carswell said, so his mother and father, Thornton Carswell, eventually rented space off Burro Alley.

“It was actually a shed where the wood gatherers would take their burros,” Carswell said. Blankets were draped over the burros’ heads while their owners went around the corner to the cantina or hung around downtown after their wood was sold.

“So, my father and a neighbor excavated that and made a 22-seat restaurant in there, and that’s where the name came from, The Shed, because it was a shed.”

The restaurant lasted in that location until 1960, when the whole corner was sold. His parents then moved the restaurant into its current location on Palace Avenue, in a building that dates back to the 1690s, and Polly decorated the place with folk art. The Carswells served lunch and dinner until 1960, when they decided they could probably save energy by only being open for lunch. So, for the next 30 years, The Shed was only open until the early afternoon, until about 1993, when dinner became an option for customers again. Throughout the years, the Carswells learned more and more about New Mexican cooking and eventually got a liquor license.

“And the whole thing, being able to offer margaritas along with Northern New Mexican cuisine, started to pull even more people in,” Carswell said. “Now we’re pretty consistently jammed. It requires really staying on top of things, because the amount of people coming in and preparing, it takes a lot of focus and a lot of help. And so it just has become a larger, more demanding task to keep up consistent quality day in and day out.”

Carswell said his family has always cooked just about everything on site, shying away from processed products and focusing more on making their own food and buying fresh. They’ve done that with their chile, desserts, soups and salads. He believes that commitment has been a key element to his family’s success.

“We are very invested in what we do because it reflects on us. If we don’t do something well, we’ll do something about it,” he said. “Over the years, we’ve worked at the quality of the ingredients we access to the point where for the past 25 years we’ve been going down to Hatch Valley to a particular farm and get the variety of chile that we like, and we bring it here to prepare it and store it. We use fresh-processed chile all year, rather than what we can get from wholesalers.”

Travel + Leisure made note of how The Shed’s dishes benefit from the chiles grown in Hatch along with entrees served with blue corn tortillas and the cold raspberry soup customers can order as an appetizer. The soup, made with fresh red raspberries, rosé wine, lime and a hint of sour cream, makes a “delightful palate cleanser,” according to Travel + Leisure.

The future of The Shed will stay within the family, Carswell said. His son, Josh Carswell, is now in charge of production, and his daughter, Sarah Carswell, manages the front-of-house staff in providing customer service.

“You feel like when you come into our restaurant that we’re glad you’re there and we want to do what we can to make you have a good experience,” Carwsell said. “We are constantly working to achieve our goals, which are good food and good service.”

To read about the other restaurants selected by Travel + Leisure, visit www.travelandleisure.com/articles/best-mexican-restaurants-in-the-us/.

Congrats to The Shed! Well done. I always root for the Mom and Pop businesses. They work extra hard, take the chances, compete and help make this economy go round.