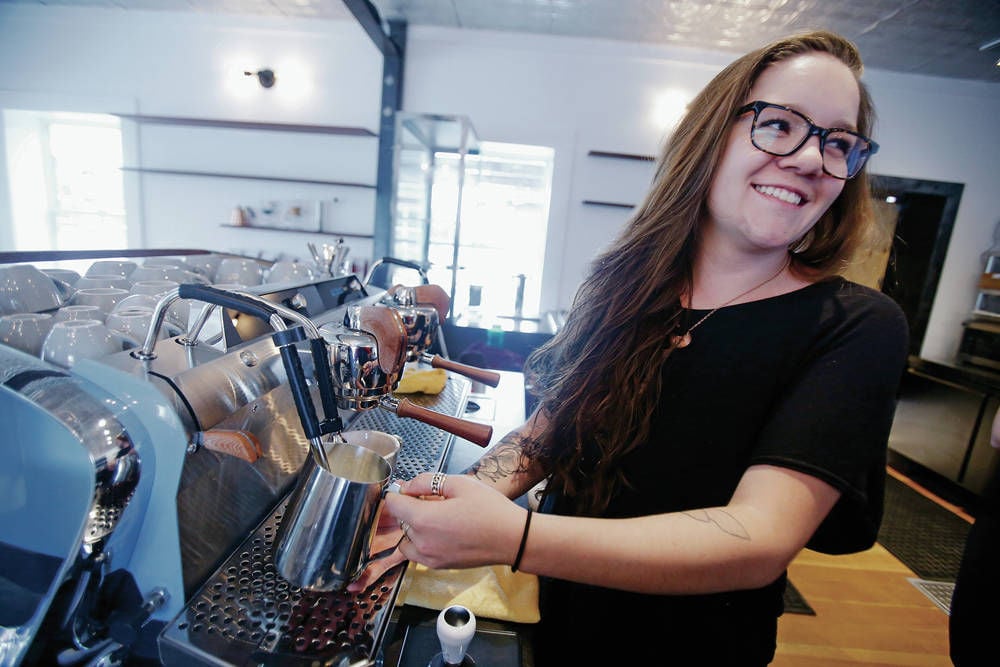 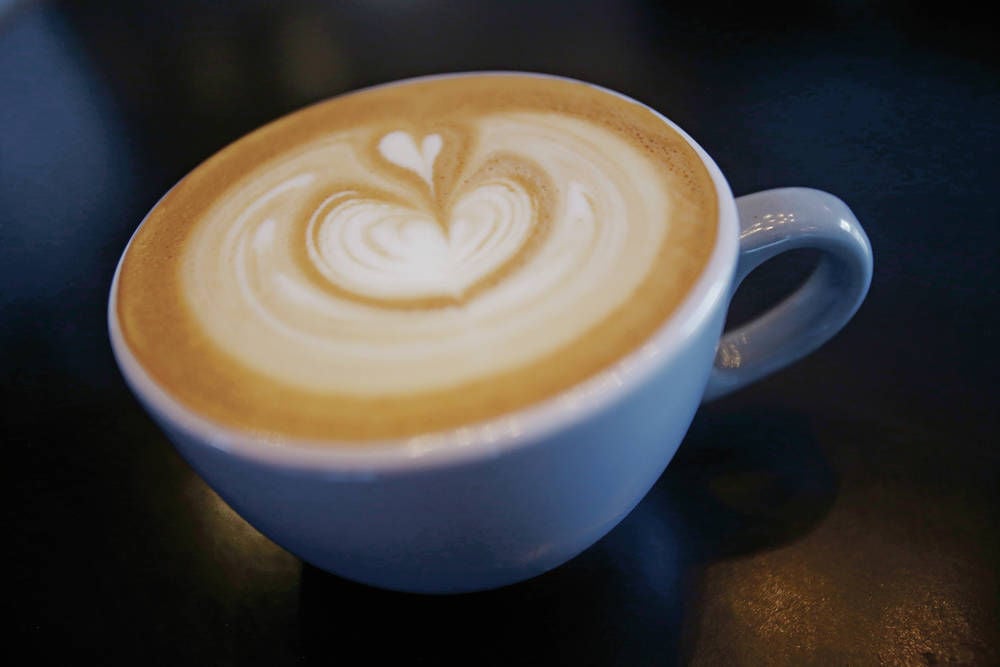 A cappuccino at Sky Coffee, which open this week. 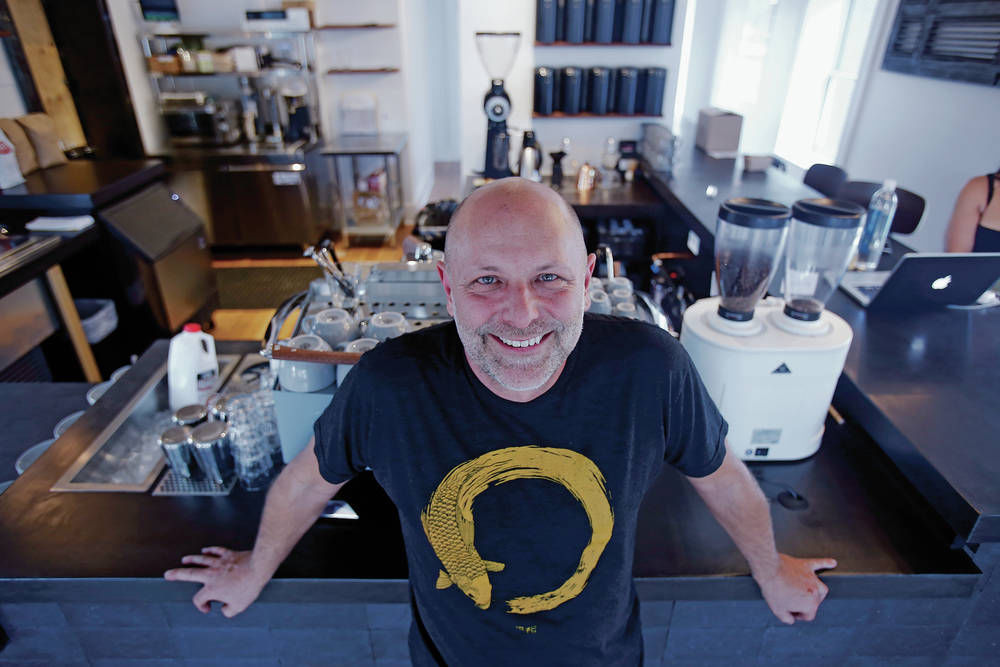 Todd Spitzer, creator of the new Sky Coffee in the Railyard. ‘We want to be the hub of the Railyard,’ he said. Photos by Luis Sánchez Saturno/The New Mexican 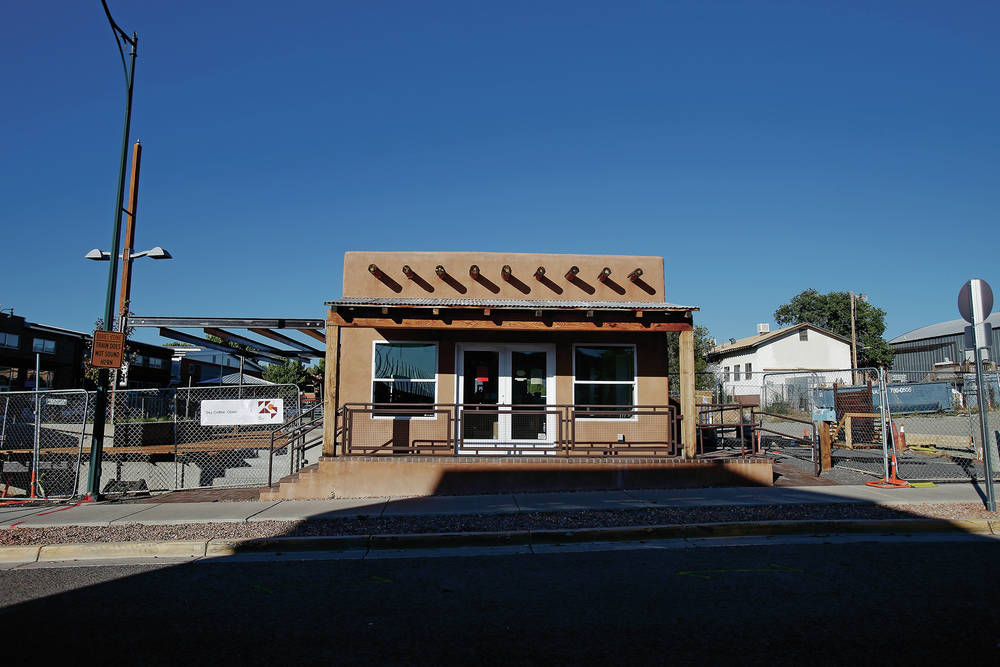 A cappuccino at Sky Coffee, which open this week.

Todd Spitzer, creator of the new Sky Coffee in the Railyard. ‘We want to be the hub of the Railyard,’ he said. Photos by Luis Sánchez Saturno/The New Mexican

Sky Coffee, Santa Fe’s newest coffee shop, sits like a fishbowl in the middle of the Railyard, a minimalist cafe space with a bar made of concrete and vintage bricks, with plenty of glass and open space that create a zen-like sense of calm. The new spot is a collaboration between Violet Crown owner Bill Banowsky and New Mexico real estate developer Rose Starsmeare (an early developer of the Railyard), who brought in Todd Spitzer, one of the original founders of Iconik Coffee Roasters, to oversee the creation and vision.

Though the center cafe is compact, Sky spreads out in warm weather, offering a deck with a walk-up window to serve the Saturday farmers market and a vintage Santa Fe Southern Railway caboose (soon to arrive) that seats 22 more people, even in winter.

“Originally it was the welders supply building that helped build the entire railyard, so it’s an actual historic building,” Spitzer says. Sky is actually the first part of a three-phase complex envisioned by Benosky and Starsmeare, which will expand to a diner and then a retail space and rooftop restaurant, all on adjacent lots. But as with all ambitious plans, the first step in the process is a really good cup of coffee.

“It’s going back to my roots,” says Spitzer, who has a history in coffee that stretches back to third wave mecca Ritual Coffee in the Bay Area. First, terms: “First wave” coffee is your granddaddy’s cup of joe, whether it be fresh-ground or powdered, the shot of hot caffeine that kept the greatest generation humming. The “second wave” refers to the popularizing of espresso and espresso drinks in America, with beans generally roasted very dark, as popularized by San Francisco’s Alfred Peet of Peet’s Coffee. The “third wave” refers to the current movement to promote lighter roasts of single-origin coffees, a sensibility that treats coffee like wine, with each varietal and roast brewed to bring out the tasting notes inherent to the beans.

Spitzer worked at San Francisco’s Ritual Coffee Roasters, then opened his own coffee shop in Oakland, Remedy Coffee, which, according to him, was the first third wave spot in the East Bay. He then moved to Santa Fe to open Iconik. Iconik will anchor Sky’s coffee offerings, both on the bar and in retail bags.

“I’m partial, obviously,” he says. But Spitzer intends to make Sky a kind of third wave coffee tasting room, and will carry a rotating selection of third wave coffees from roasters around the country, hand-selected by Spitzer according to his own tastes and those of his customers. To begin with, Sky will feature coffee from Ruby, a roastery in Wisconsin founded by Jared Linzmeier, former roaster for third wave juggernaut Intelligentsia Coffee Roasters.

“We’re going to see what the demand is — within a month we’ll have another coffee, and we’ll narrow it down to one or two from Ruby, will bring in Four Barrel, Sightglass, etc., and rotate them all,” Spitzer says. “There are a lot of small roasters doing interesting things that don’t get a national platform. If it’s a really interesting coffee, we’ll bring it in.”

Sky Coffee is so third wave it’s almost fourth wave. You can go in and get a bespoke latte or cappuccino with one of the two house espressos (either Iconik’s “Iconoclast” or Ruby’s “Creamery” at the moment, and always subject to frequent change), but if you want to really do the third wave routine to the fullest, you go in, pick your single-origin bean from a rotating selection and then pick your brew method: espresso, French press, pour-over or Aeropress.

Anyone who has ever been to a Starbucks (meaning, everyone on the planet) understands espresso, and French presses are popular at home, but pour-overs are the primary brew method at most third wave coffeeshops, a hand-brew method for which a barista carefully pours a stream of water over a conical brew basket and filter that slowly drips into the cup below. Much is made, in third wave coffee circles, of the patterns and method used to perform the perfect pour-over — some do spirals, some do a crosshatch, some swirl the grounds at the end, some tap the cone — all designed to cause the coffee flavors to “bloom.”

The Aeropress, a BPA-free plastic device that looks like a medical instrument, is the other darling of the third wave world. Essentially an airtight plunger, the Aeropress is designed to make a quick, efficient cup of third wave coffee without the fussiness of a pour-over, though actually the method is more finicky than advertised, and you might find that your homemade pour-over doesn’t come out quite as pristine as one you might get at Sky, where the baristas are precise about water temperature, brewing time and grind setting.

Sky is primarily a coffee shop, but will also serve pastries from Dolina bakery, grab-and-go sandwiches and a selection of breakfast tacos in various flavors like the “Railyard,” with refried black beans, bacon, avocado and jack cheese, or the “Vaquero,” with scrambled egg, jack cheese, grilled corn and roasted red peppers. The shelves will house a tasteful selection of coffee accouterment — an excellent French press, a really good grinder, etc. Sky will also have cold brew and nitro cold brew on tap.

Sky officially opened its doors this week, and will be open from 8 a.m. to 3 p.m. Tuesday through Sunday until the staff is fully trained and everything is humming, after which they’ll extend hours to 8 a.m. to 6 p.m. seven days a week. Eventually, Spitzer wants the place to be open until 10 p.m.