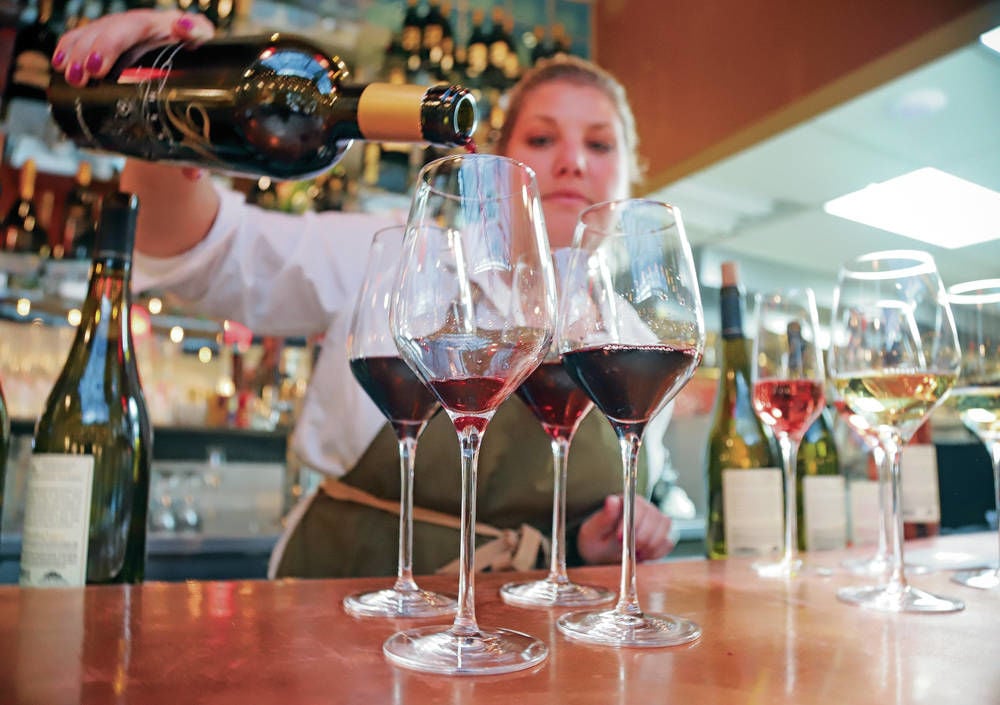 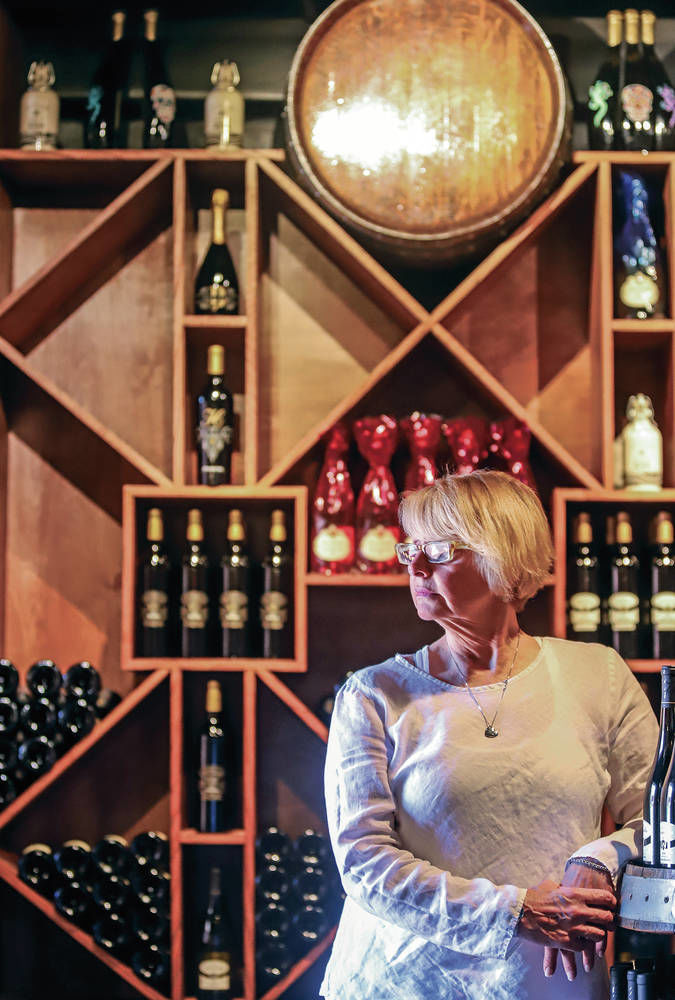 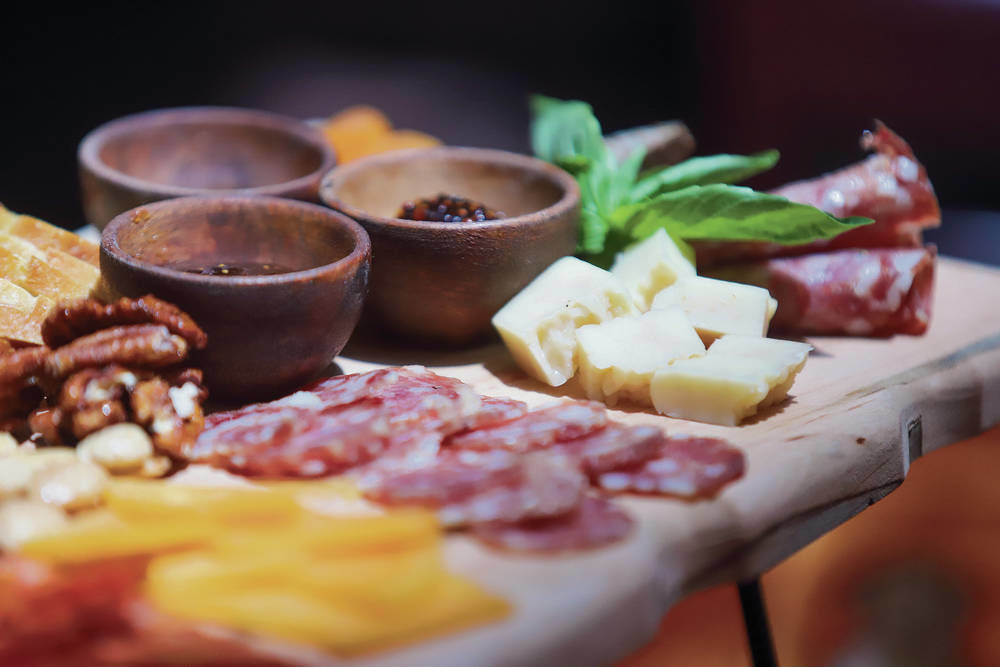 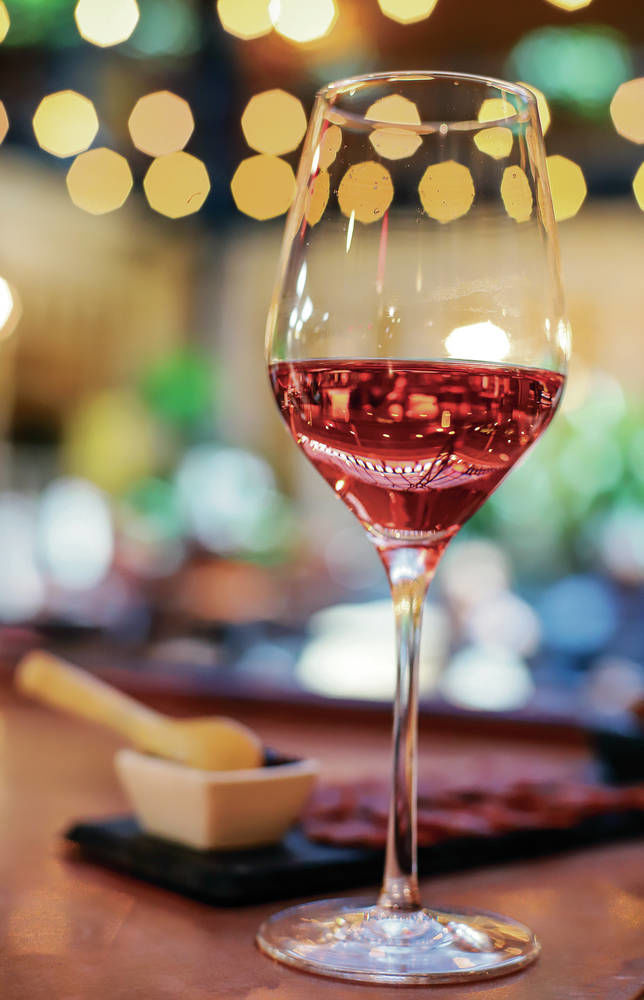 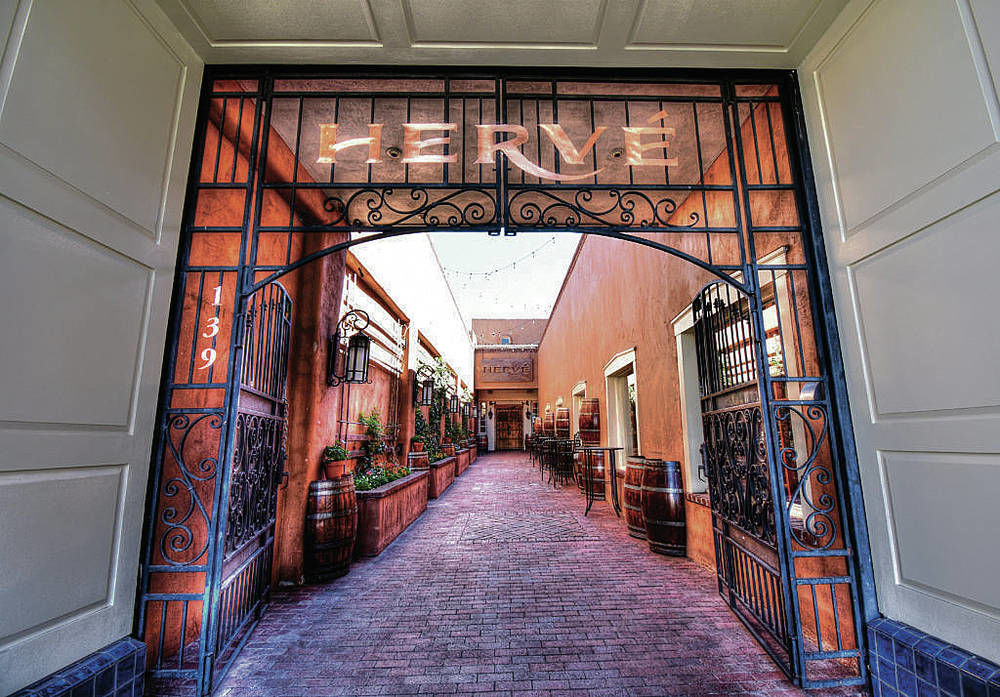 The alley at 139 W. San Francisco St. is a Santa Fe enigma. Frequently changing hands, the intriguing little throughway tucked behind an iron gate in the middle of downtown goes through phases when it sits empty, waiting to be transformed into the next new thing, causing curious tourists to peek in with wonder and longtime residents to crane their necks as they drive by. At one point it was the new location of a venerated favorite (the Ore House), then a nightclub/restaurant (Milagro) and then an all-out nightclub (Skylight). But when Skylight closed late last year, there was nothing at the end of the alley, once again, but a question mark.

Then, last month, a sign went up on the iron gate that read “Hervé.” It was a mystery (What did it mean? Who was behind it? How do you pronounce it, exactly?). With no other information, the signage looks like a high-end boutique, a salon or a fancy handbag store. But the name Hervé actually refers to a person, the eponymous Hervé Lescombes, the patriarch/owner of St. Clair Winery, which has opened Santa Fe’s newest wine bar and tasting room in the space at 139 W. San Francisco.

St. Clair’s grapes are grown in Lordsburg and turned into wine at its production facility in Deming. The winery was founded in 1981, when Hervé and Danielle Lescombes came from Burgundy, France, to pitch their stakes (for the grapes, you see) in the arid soil of Southern New Mexico. St. Clair is very much a family operation. Hervé Lescombes, now retired, is still the head of the company, and his sons Florent and Emmanuel run the business.

While St. Clair has several tasting rooms and bistros all over the state (Farmington, Las Cruces, Alamogordo, Deming and, soon, one in El Paso), Santa Fe is its most high end. St. Clair includes several sub-labels — St. Clair is one, as well as Soleil Mimosa, and it has several specialty items like Hatch green chile and red chile wine — but the Hervé Wine Bar primarily pours wines from St. Clair’s premium label, DH Lescombes.

“The DH Lescombes labels are all aged in French oak,” Hervé general manager Marilyn Litton says. “Some of our other brands are in American oak, but these are all done in French oak or stainless steel.” The “D” and “H” refer to Hervé and Danielle Lescombes — Danielle, Hervé’s late wife, has a signature sparkling wine named after her, and Hervé also lends his name to one of St. Clair’s more popular red blends.

Hervé Wine Bar pours 16 different labels (all available by the glass or by the bottle), most of which are either reserves or dessert wines, and thus at Hervé, the focus is on the wine itself.

“We are a departure from the other tasting rooms,” Litton says. “The others are full restaurants. We are a wine tasting room first, and our food, I like to say, is the supporting cast. We do small plates and things that are favorable to wine.”

The menu consists of three different cheese boards ranging from $15 to $25 depending on what’s on them, a selection of cheese, charcuterie, chocolate and fresh fruit as well as onion mostarda, fig jam, cornichons, etc., some of which is local and some of which comes from farther afield. The menu was designed by Litton, a former chef, chef instructor and caterer and licensed sommelier from Scottsdale, Ariz., with an eye to maximum pairability. There also is a choose-your-own-bruschetta option, offering four composed bites (apples, warm brie, bacon and pistachio, for example, or locally cured salmon, green chile cream cheese and capers). For smaller nibbles, there are olive and hummus plates or crispy “salumi” chips, a snack made of thin slices of salami oven-baked to almost chip crispness, served with mustard and chutney for dipping.

“We are not here to compete with the great restaurants,” says Litton, who sees Hervé as a place for people to get afternoon or evening small plates. The space opens at 11 a.m. every day, but people trickle in in earnest around 2 or 3 p.m.

“People get tired of walking around and want to have a glass of wine or some food,” she says. “Then they’ll go and have dinner later on.”

With several dessert wines to choose from, including St. Clair label port; Kiva, done in the style of a cream sherry (aka sweetened sherry); and Ratafia, a fortified wine, or mistelle, mixed with brandy, Hervé also is an option for dessert. They get ice cream from Van Rixel Brothers in Albuquerque, and Hervé’s signature dessert is a deconstructed biscochito made from house-baked cookies and sea salt caramel gelato.

Hervé, the toniest of St. Clair’s tasting rooms, is tailored to its audience, Litton says. And Hervé, open only a month, is still discovering who that is and what they want. There is music on weekend nights, and with the Lensic right down the street, Hervé is ideally suited to a pre-concert or post-concert nosh. And as the opera season comes into full swing, Litton plans to offer cheese plates and wine to go for people (tourists, let’s say, who don’t know where Whole Foods is) who want to take a picnic for their opera tailgate adventure.

“It’s completely different up here than any other cities,” she says. “The clientele is different as well. We know Santa Fe is known for food and wine, so we wanted to make sure we were able to meet their desires.”