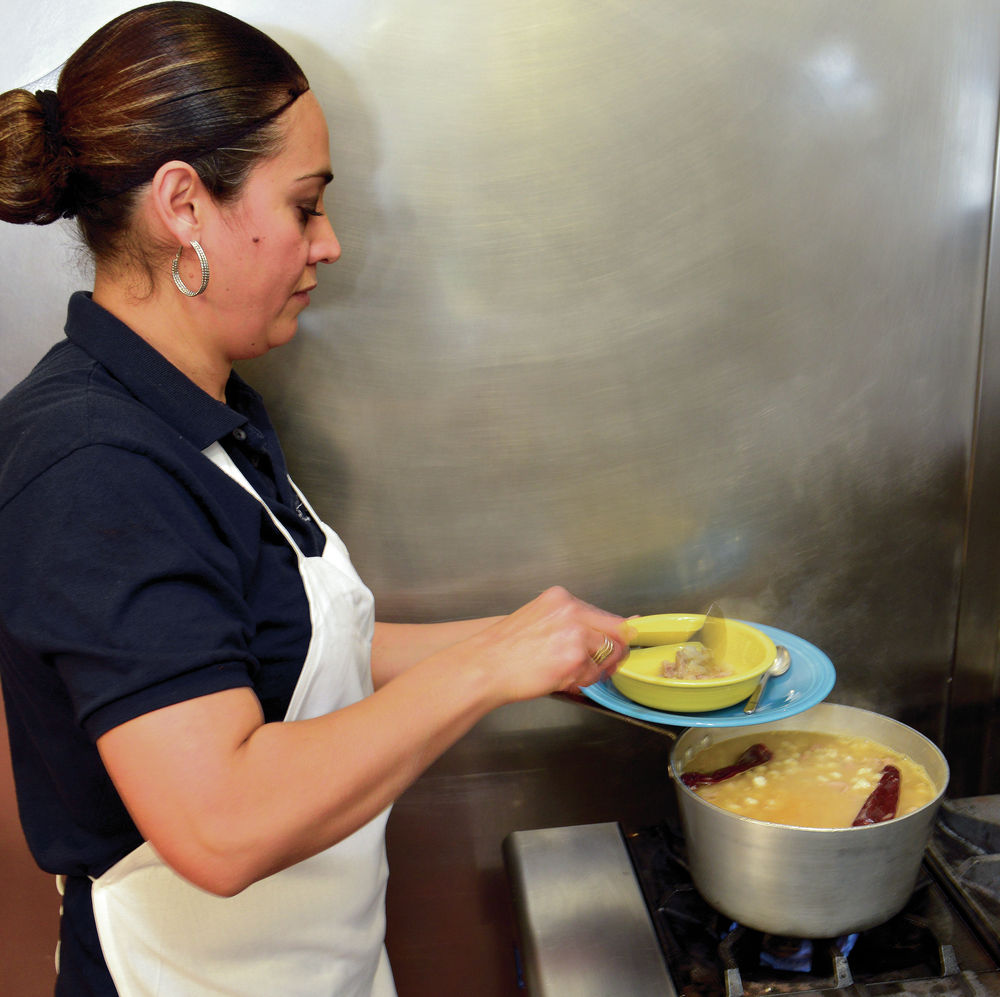 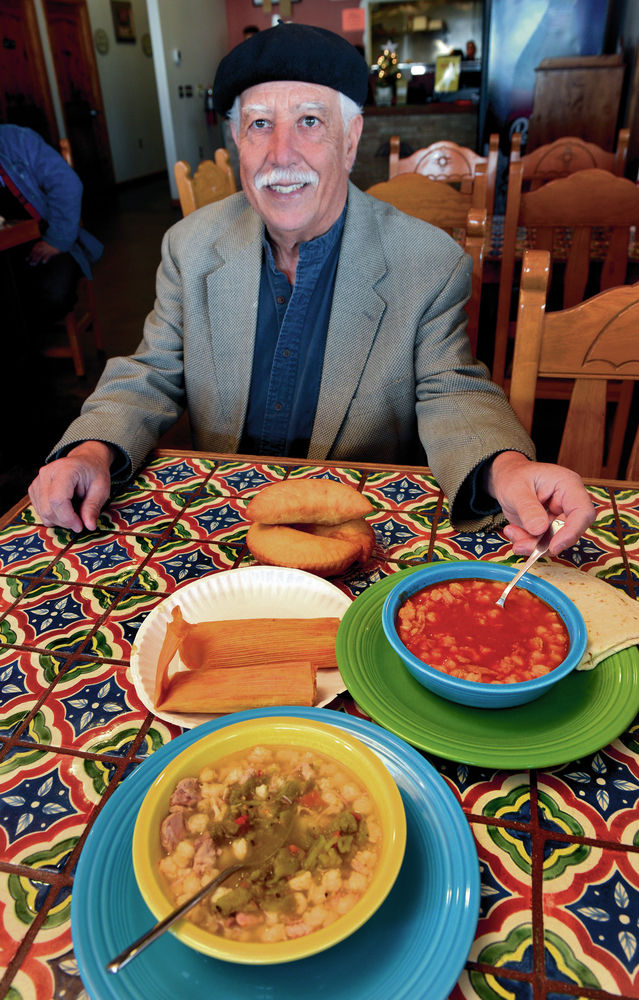 Pedro Atencio, one of the owners of the El Parasol/El Paragua chain of quintessentially New Mexican restaurants, has mastered the posole dish after a lifetime of eating it.

Pedro Atencio, one of the owners of the El Parasol/El Paragua chain of quintessentially New Mexican restaurants, has mastered the posole dish after a lifetime of eating it.

If you’re from New Mexico, posole does not surprise you. You find it in Crock-Pots at parties, offered as an appetizer at restaurants and brought to your home in quarts when you’re sick. It is New Mexico’s chicken or matzo ball soup, the warming comfort food that gets everyone through the dark of winter.

But if you aren’t from here, you might be bewildered by these soft kernels of giant corn that are floating in your bowl. Those are hominy, dried maize that has soaked in a solution of lye, lime or wood ash to make it edible, a process called “nixtamalization” from the Nahuatl words for “ashes” and “dough.” The process sounds quite alarming, but allows the hard kernels to soften when cooked (and also allows the ground meal to glue itself together to form the masa needed to create tamales, tortillas or, if you’re from the South, grits). This is the ancient alchemy that allowed the indigenous peoples of Mexico (and the rest of the continent) to consume the otherwise unbreachable dried kernels, and keeps them from sprouting during storage.

Posole (aka pozole) is a stew made by cooking these kernels, which you can buy dried or frozen (or canned, but don’t) with meat (generally pork around here) and chile to make a deceptively simple comfort food that is a staple at New Mexican gatherings, weddings and holiday parties.

Pedro Atencio, one of the owners of the El Parasol/El Paragua chain of quintessentially New Mexican restaurants, has mastered the dish after a lifetime of eating it. All El Parasol locations use the recipes developed by Atencio’s mother, Frances Atencio, and the food you find at this local, family-owned chain are the platonic ideal of no-nonsense norteño cuisine. You can buy your Christmas tamales or vast pans of enchiladas, and they even sell uber-traditional New Mexican mincemeat empanadas, the preparation of which is, according to Atencio, “a dying art.”

The El Parasol chain is heading toward its 50th anniversary of feeding Northern New Mexico, and has become a (if not the) source for the real thing when it comes to this cuisine. Atencio’s posole recipe calls for frozen hominy (easier to deal with since it must only be thawed rather than soaked in water like the dried version). He first begins cooking the posole in water and cooks the meat — pork butt, a well-marbled cut of meat from the shoulder — separately until it is halfway done, and then adds that and the pork broth to the posole. The amount of fat left on the pork butt is, to Atencio, of paramount importance.

“If you don’t use a little bit of the fat, it’s not as tasty, but if you don’t trim your pork butts, it can be overwhelmingly greasy,” he says. “It’s very important for your broth to be clear so you have the taste of the hominy.”

At El Parasol, they then add around two dried chile pods straight off of the ristra and continue to cook until it becomes comfort food perfection. At the restaurants, you can buy a pint or quart of posole year-round and have your chile of choice mixed in (red is particularly warming on a winter night), or order it by the gallon for parties. It is a particular favorite at Christmas.

“We normally cook probably about 15 gallons of posole every two days,” Atencio says. “During Christmas we quadruple the amount, because we have bulk food orders and special Christmas items for the holidays.”

Posole has a long, macabre provenance as a dish for special occasions and gatherings. Spanish missionaries wrote that during some ritual feasts the Aztecs would consume posole with meat from sacrificed human prisoners. Pork was later substituted because, as Fray Bernardino de Sahagún grimly put it in his 16th-century book General History of the Things of New Spain, it tasted similar. This is, not surprisingly, a hotly debated topic (early Spanish missionaries were given to exaggerating), but there is anthropological evidence to suggest the stories were true.

Meanwhile, the popularity of this humble hominy stew has never waned, and there are variations of posole throughout Mexico and Guatemala, with different regional garnishes and flavors. Some recipes use lime and cilantro, some add fresh avocado and onions.

“I studied in Guadalajara for about six months, and I had a version [topped with] radish and cabbage,” Atencio says. “It was cooked basically the same way [as we do] except they used the radish and cabbage as garnish. It was also spicy, but they had a salsa instead of our type of red chile and green chile.” Atencio’s preferred way to consume posole is with a whole red chile pork tamale mixed in, blending the masa with the hominy in a melange of spicy, warm, corny goodness.

“I’ve had it with chicken, which is interesting,” adds Atencio. “And you can venture off, but you always come back to the original.”

For more information, go to www.elparasol.com