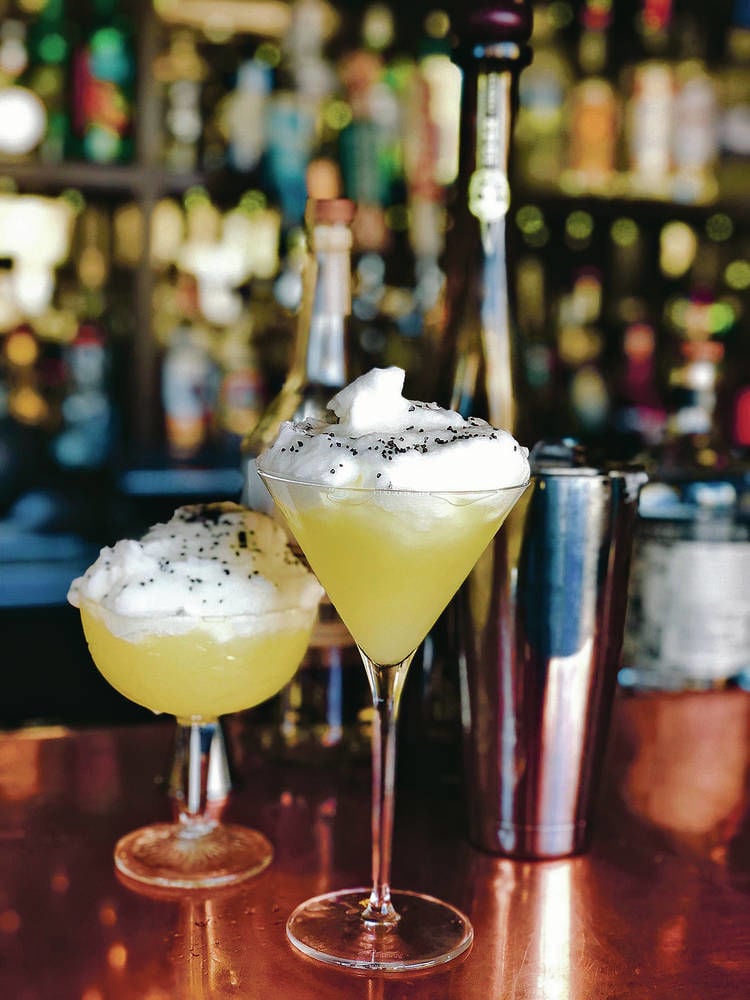 At Dinner for Two, a new addition to the Margarita Trail, the Midnight Margarita uses Cimarrón tequila and is topped with an egg-white foam and black sea salt. Courtesy Tourism Santa Fe 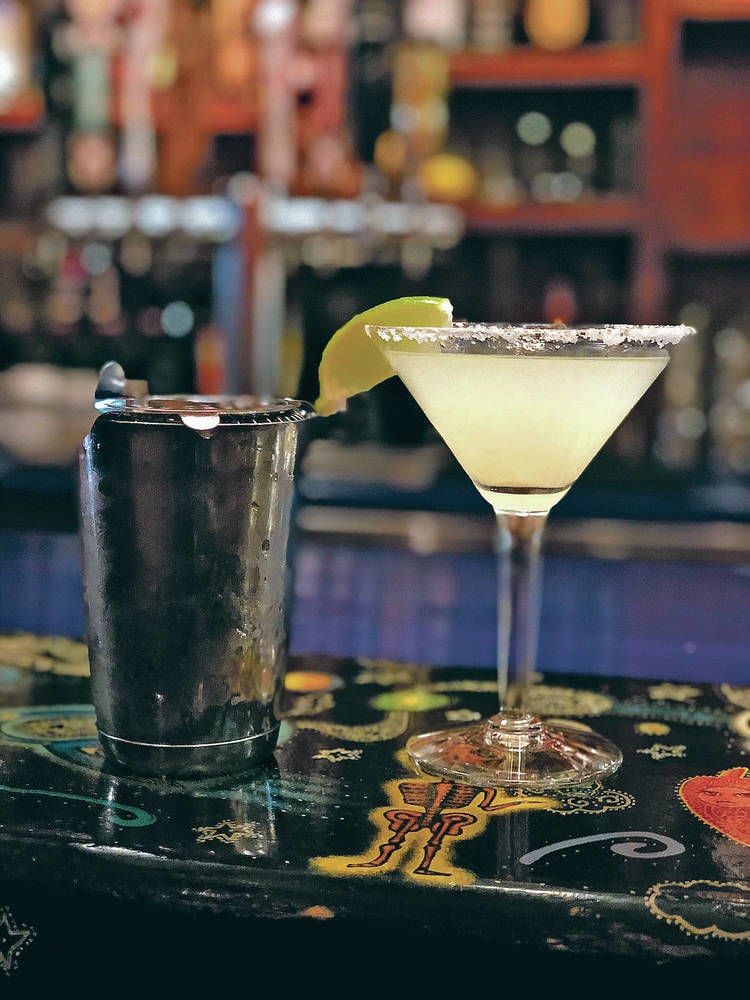 The margarita at Harry’s Roadhouse, a new addition to the Margarita Trail. Courtesy Tourism Santa Fe 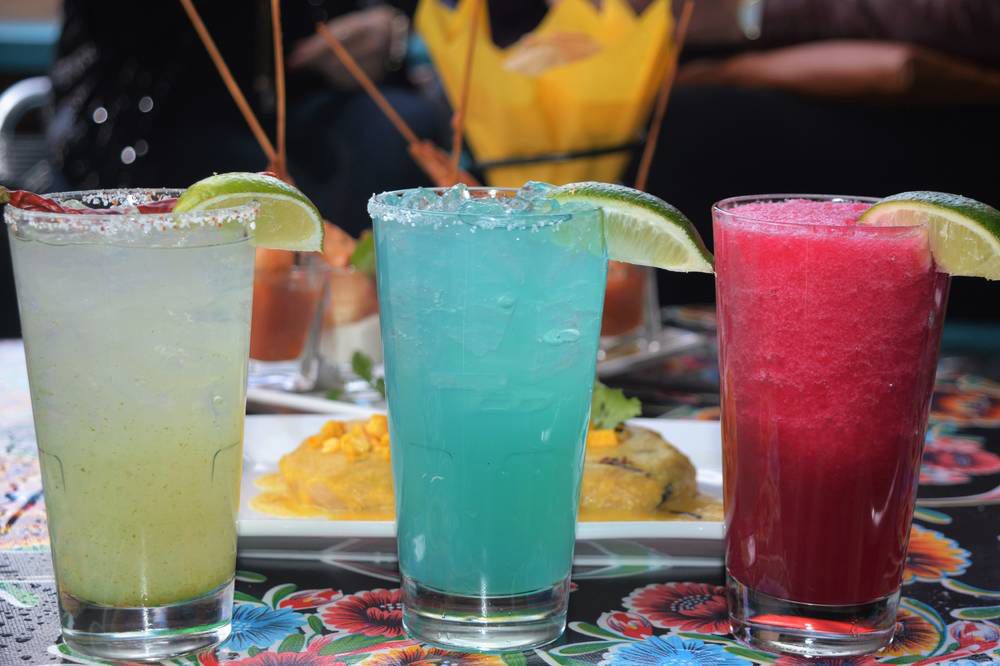 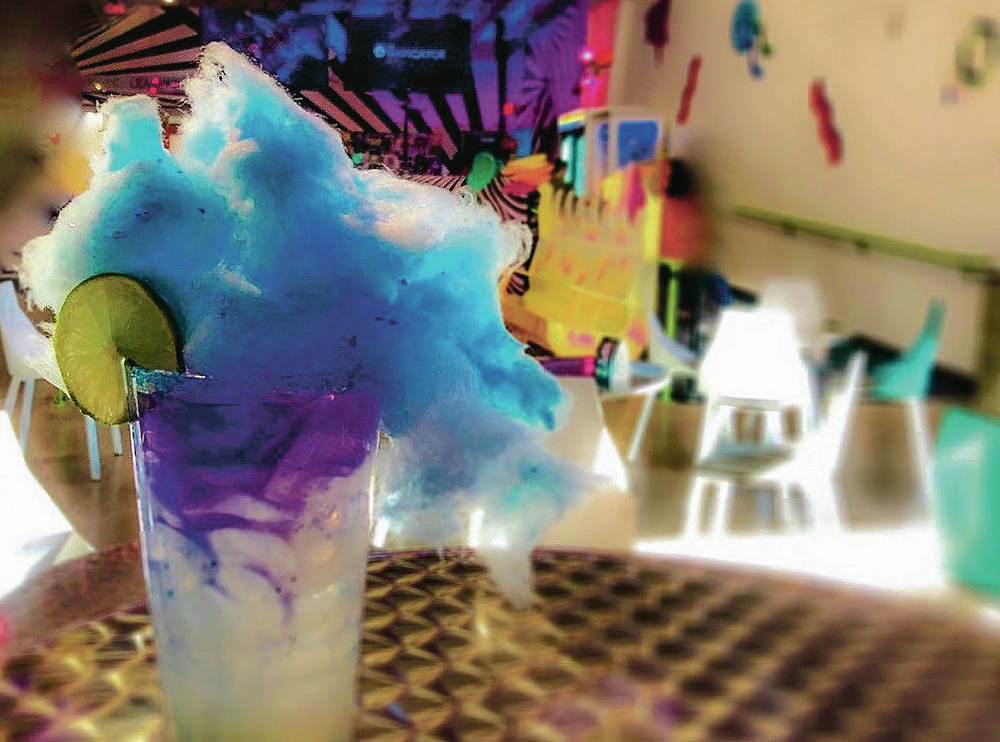 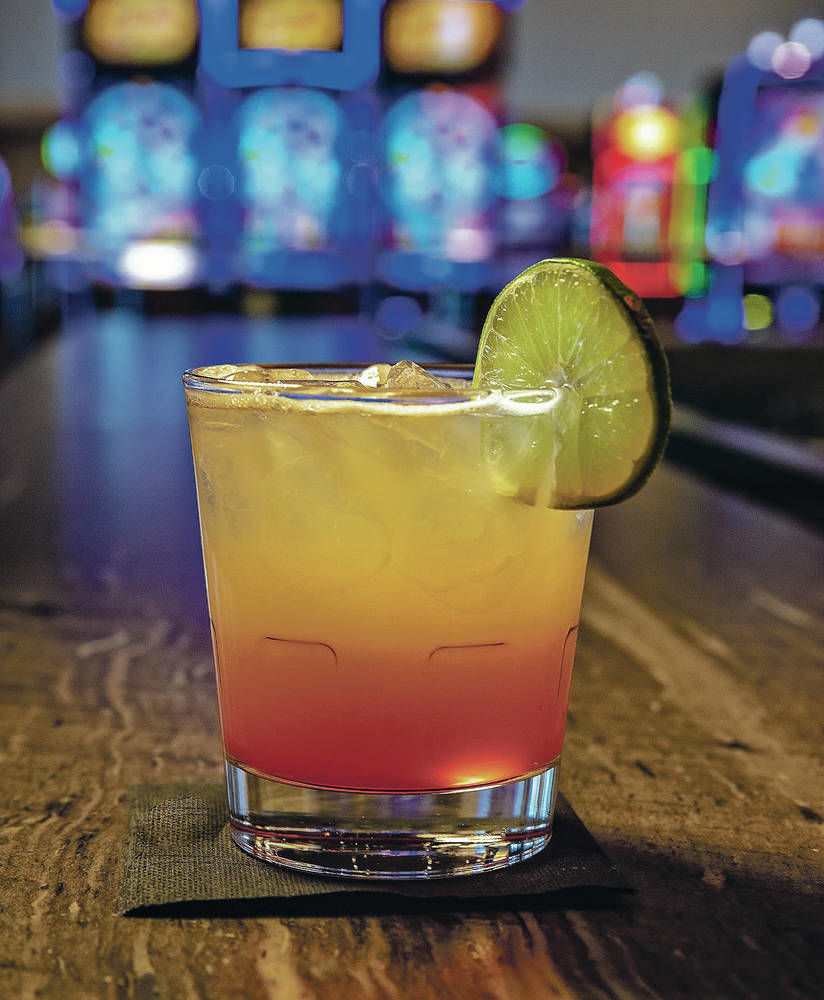 The margarita at Cottonwood Kitchen at Tesuque Casino, a new addition to the Margarita Trail. Courtesy Tourism Santa Fe 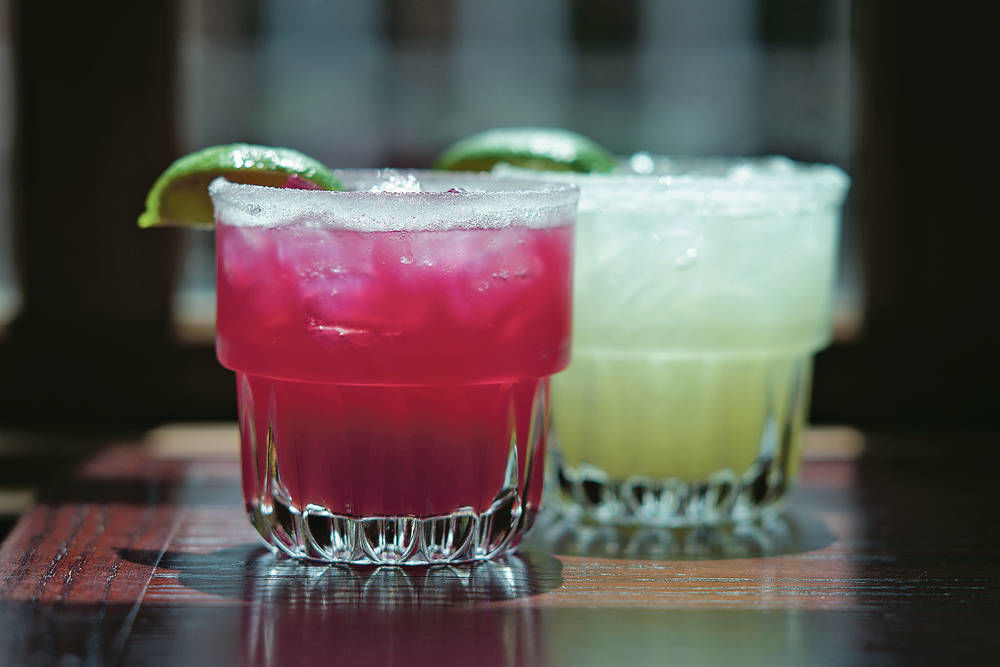 At Dinner for Two, a new addition to the Margarita Trail, the Midnight Margarita uses Cimarrón tequila and is topped with an egg-white foam and black sea salt. Courtesy Tourism Santa Fe

The margarita at Harry’s Roadhouse, a new addition to the Margarita Trail. Courtesy Tourism Santa Fe

The margarita at Cottonwood Kitchen at Tesuque Casino, a new addition to the Margarita Trail. Courtesy Tourism Santa Fe

From the start, traveling the full length of the Santa Fe Margarita Trail took time, dedication and a passion for tequila cocktails.

When the Tourism Santa Fe program launched — fittingly, on Cinco de Mayo in 2016 — it featured 31 bars and restaurants offering their spins on the drink. Those who purchased a paper map or, beginning last year, downloaded an interactive map and logged their stops earned a series of prizes, all the way up to a bartender’s kit at 30 stamps.

Now, three years later, the trail has expanded, with another 16 destinations shaking up variations on the margarita theme. In all, 45 spots are featured on the map, from Harry’s Roadhouse and The Ranch House in the south all the way up to the Iguana Cafe at Buffalo Thunder Resort & Casino and Rancho de Chimayó north of the city.

“It’s fun to see how different bartenders and mixologists created something new or tried something new with the flavors,” said Joanne Hudson, public relations manager for Tourism Santa Fe.

Don’t worry, though, she added: You still only need 30 check-ins to claim the top prize. It’s an elite club, with 113 members at last count.

Among them are Gemma and Robert Ball, who retired to Santa Fe from Sacramento, Calif., five years ago. No strangers to margaritas after living in California, the couple saw a copy of the printed map and decided to give it a go.

“We thought, what a great way to get to know the restaurants in Santa Fe and taste all the margaritas,” said Gemma Ball, 62.

It took them about a year to hit 30 stops, a milestone they reached at the same time last year. (Favorites along the way? The light and refreshing jalapeño margarita at Terra at Four Seasons Rancho Encantado for Gemma, and the Centennial Margarita at La Plazuela at La Fonda, where they often dine, for Robert, 69.)

Gemma Ball has the added distinction of being the 100th member of the 30-plus club. And they were the second and third members to join the more recently created Margarita Society, a social club for people who’ve completed 15 stops on the trail.

Members — there are about 85 — can attend invitation-only gatherings at trail destinations, mingling with fellow margarita lovers and, of course, sipping a signature drink.

The Balls said that social component has been one of the biggest rewards, both through society events and simply spotting other trail tasters in the wild.

“It’s a great opportunity to get out to different restaurants and try different flavors, and run into other people who are doing the trail, too,” Robert Ball said. “Then you can compare notes and find out what other people are enjoying.”

The promotion has proven popular, Hudson said, with more than 3,000 of the so-called “passports” printed and nearly 2,000 app downloads. An even mix of locals and out-of-towners are downloading the app, said Ryan Dodge, Tourism Santa Fe program and events manager, who manages the Margarita Trail program.

“It’s a popular thing for locals to experience, and visitors just love the program,” he said.

Tourism Santa Fe decided to stop printing the paper passports, which gave organizers the freedom to add new stops to the digital version. The only rule for participants is that they make their drinks with 100 percent agave tequila. Santa Fe, after all, is credited as one of the first places in the world to import tequila from Mexico.

The new drinks offer a dizzying array of variations. At Dinner for Two, the Midnight Margarita uses Cimarrón tequila and is topped with an egg-white foam and black sea salt. La Cantina at La Casa Sena is offering The Nooner, a simple drink with Herradura Silver, St. Germain elderflower liqueur and a splash of orange juice. At Meow Wolf, Float Cafe & Bar’s margarita is predictably imaginative, with reposado tequila, Cointreau, agave, lime juice and a splash of butterfly pea flower tea, decorated with a purple sugared rim and topped with a cloud of cotton candy.

The original roster of margarita destinations still pack a punch. Hudson recommended the fresh and fruity Sandia y Pepino at the Rosewood Inn of the Anasazi and the classic Norteño at Coyote Cafe & Cantina, where the silver tequila is infused with green chile.

As for the Balls, they’ve stuck to their paper map so far, but plan to switch over to the app and continue along the newly expanded trail.

“It’s an accomplishment,” Gemma Ball said of the first leg of the journey. “It was a little bit of a challenge! But we did it.”

What it is: An app that highlights signature margaritas at nearly four dozen area restaurants and bars and lets you keep track of the ones you’ve tried in exchange for prizes.

Where to get it: Download the app on the Apple Store or get it on Google Play.

Here are the recent additions to the Santa Fe Margarita Trail:

Here are the spots that round out the trail:

Agave at the Eldorado Hotel & Spa

Agoyo Lounge at the Inn on the Alameda

Anasazi Restaurant & Bar at Rosewood Inn of the Anasazi

The Mine Shaft Tavern