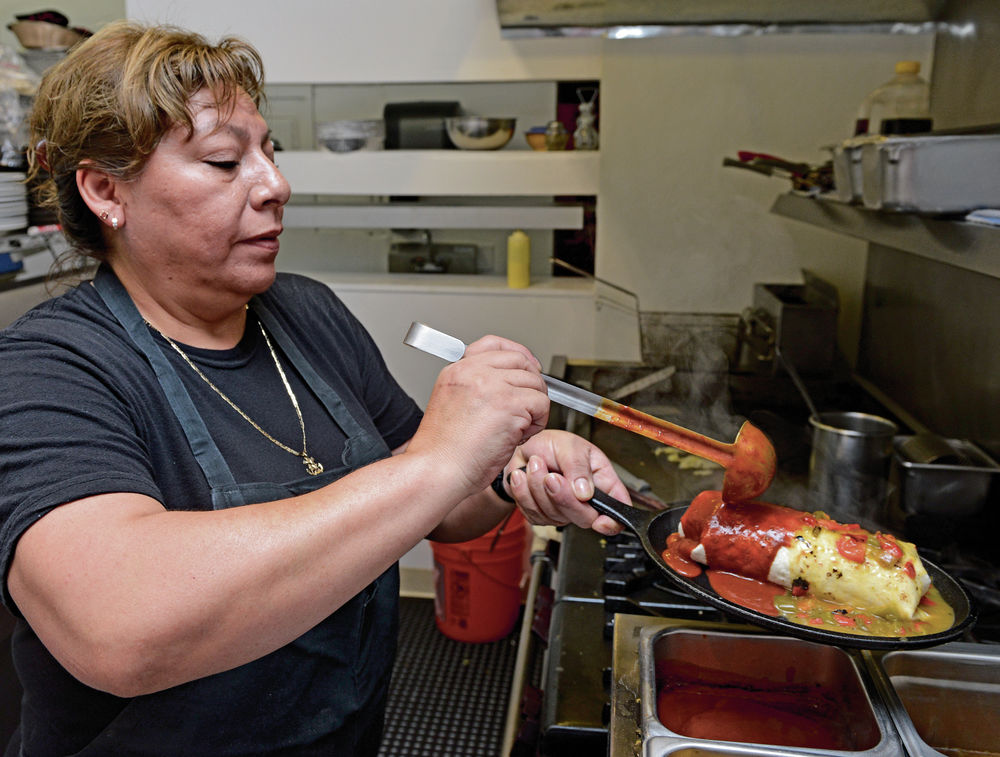 Raquel Nava, the mother of Jonathan and Cindy Muñoz, prepares a breakfast burrito Tuesday at Palacio Cafe II. The sequel to the popular eatery has been open just over a week at the corner of Don Gaspar Avenue and West Alameda Street. Photos by Clyde Mueller/The New Mexican 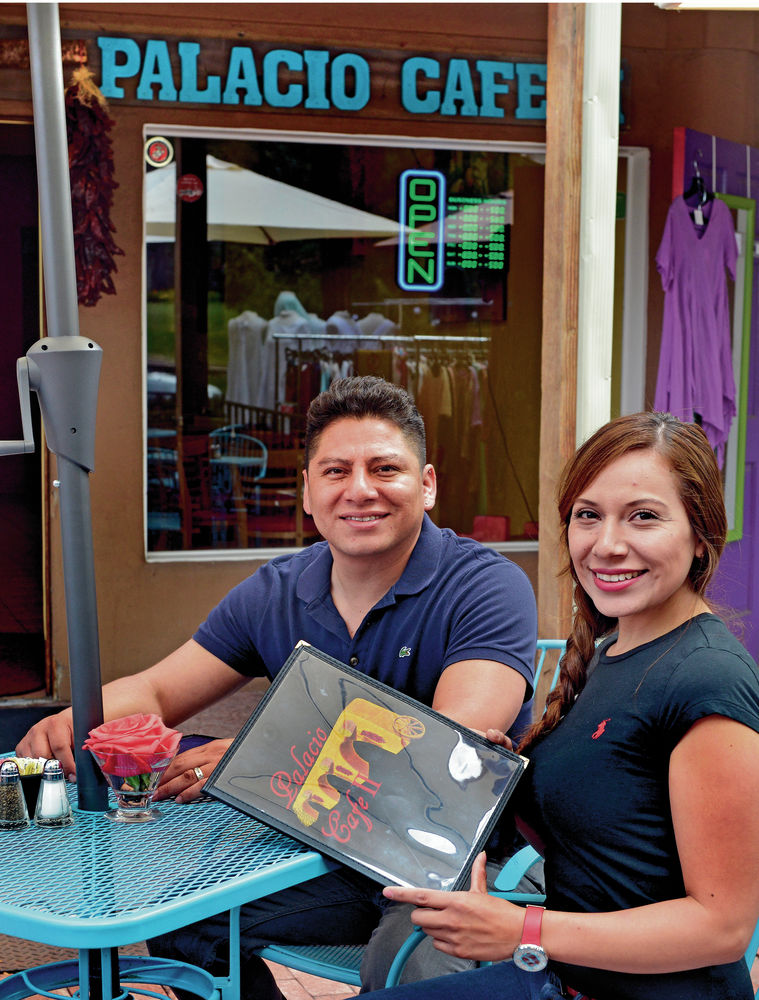 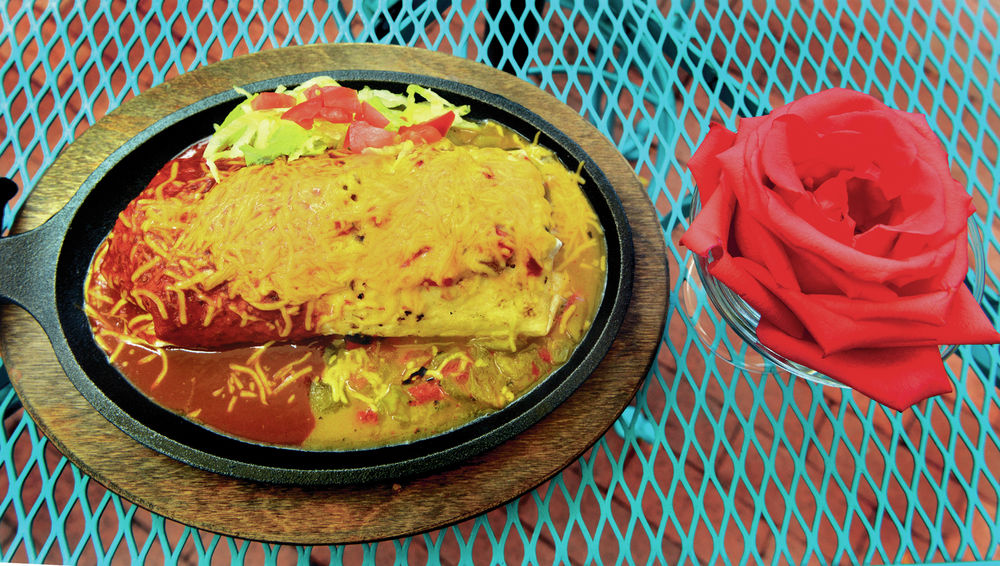 A breakfast burrito is one of the plates served at the Palacio Cafe II Tuesday, August 2, 2016. Clyde Mueller/The New Mexican

Raquel Nava, the mother of Jonathan and Cindy Muñoz, prepares a breakfast burrito Tuesday at Palacio Cafe II. The sequel to the popular eatery has been open just over a week at the corner of Don Gaspar Avenue and West Alameda Street. Photos by Clyde Mueller/The New Mexican

A breakfast burrito is one of the plates served at the Palacio Cafe II Tuesday, August 2, 2016. Clyde Mueller/The New Mexican

Your favorite downtown lunchtime spot just had a baby.

Many Santa Feans who work downtown — in government jobs, city jobs, newspaper jobs, say — are intimately familiar with the menu at El Palacio. The downtown ecosystem has relatively few places to grab an affordable sandwich to go, or a breakfast burrito, or a cup of posole to eat at your desk or behind your own store counter. Palacio Cafe, owned by Damian Muñoz, has long been a hub of lunchtime activity, feeding tourists and locals alike with reasonably priced breakfasts and lunches.

Palacio II has been open just over a week, a brand-new baby restaurant nurtured to fruition by Damian and two of his children, Jonathan and Cynthia Muñoz, whose elbows have produced acres of grease as they slowly carved the space out of the ashes of the former Alameda Cafe, in the Santa Fe Village, on the corner of Don Gaspar Avenue and West Alameda Street.

The restaurant’s storefront, tucked behind tables piled with jewelry and turquoise, can be hard to spot from the street, but if you follow the sandwich board and the cream-colored umbrellas, you’ll find yourself in a brightly painted space, deceptively deep, that looks fresh and smells fresher. The Muñozes spent months gutting the space, repainting, and redoing the kitchen completely that was, according to Jonathan Muñoz, in a frightening state when they got it.

“We spent weeks scraping the walls,” says Jonathan Muñoz. “It’s been a lot of stress, but I’m happy that I have my family, my sister, my mom in the kitchen.”

The family is originally from Mexico City, and all of them have a background in food and beverage. Damian Muñoz moved to Santa Fe 20 years ago and cooked at The Shed. Jonathan and Cynthia Muñoz moved to Santa Fe eight years ago and worked for Buffalo Thunder Resort & Casino. Damian Muñoz bought the first Palacio Cafe from the original owner roughly four years ago when it was mostly a sandwich shop focusing on soups and panini. Quickly, Damian began shifting the menu, adding New Mexican items such as a chicken enchilada plate, huevos rancheros and breakfast burritos to the sandwich, soup and salad lineup.

Like Santa Fe’s two Whole Foods locations, which exist within blocks of each other to neither’s detriment, Palacio II is practically a stone’s throw from the original location. Possibly it’s because Santa Feans like what they like, and if something works, they can’t have too much of it. There are differences between spots: While the original location is a relatively small space, with a few two-top tables and a tendency to get full of hovering lunchtime takeout patrons, Palacio II is roomier, with a full dining room and more of a sit-down vibe (although they still do a robust takeout business). Often, people’s children grow taller than them — so too with restaurants. So if you’re prone to eating lunch at your desk, consider sitting at a table like a civilized person sometimes. Palacio II is committed to giving you the elbow room to enjoy your old favorite sandwich.

Because, you see, Palacio II has an identical menu to the original location — half New Mexican comfort food, half sandwich/soup/salad shop. These are classic comfort-food sandwiches — Reubens, turkey melts, BLTs, even burgers. They serve a robust chef’s salad, and a vegetarian sandwich piled high with cheese and fresh veggies. They also are surprisingly breakfast-oriented, with huevos rancheros, breakfast tacos, omelettes and eggs Benedict served until 11 a.m. — all for under $10. The New Mexican food includes house-made posole and green chile stew, the aforementioned enchiladas and flan.

And, according to several food industry sources who will remain nameless to avoid offending colleagues, Palacio Cafe has the best breakfast burrito in town.

“I have to say yes,” Jonathan Muñoz nods. “We do … my favorite is the smothered. You can’t eat it on your way to work. … I eat it smothered in green, with bacon.”

Jonathan Muñoz puts that down to the red and green chile sauces, which they make from scratch every day — and which, for obvious reasons, might remind you pleasantly of the famous chile at The Shed.

“It’s the sauces that make the difference,” he says. “If those aren’t good, the food isn’t good.”

The Muñozes work like ants, relentlessly carving out their niches in the downtown restaurant ecosystem. Palacio Cafe II is open seven days a week from 8 a.m. to 5 p.m., heroic hours for anyone, but because the restaurant is new, Jonathan Muñoz hasn’t quit his day job (or rather, night job) as a server at Del Charro, right across the street, where he goes after his own restaurant closes. But he hopes to also have Palacio II open for dinner one day soon, when they get their beer and wine license (at which point, perhaps Jonathan should just move in). Palacio II will have its official opening party starting at noon Friday, and if you come, you can consider it a housewarming party. Or a baby shower, up to you.