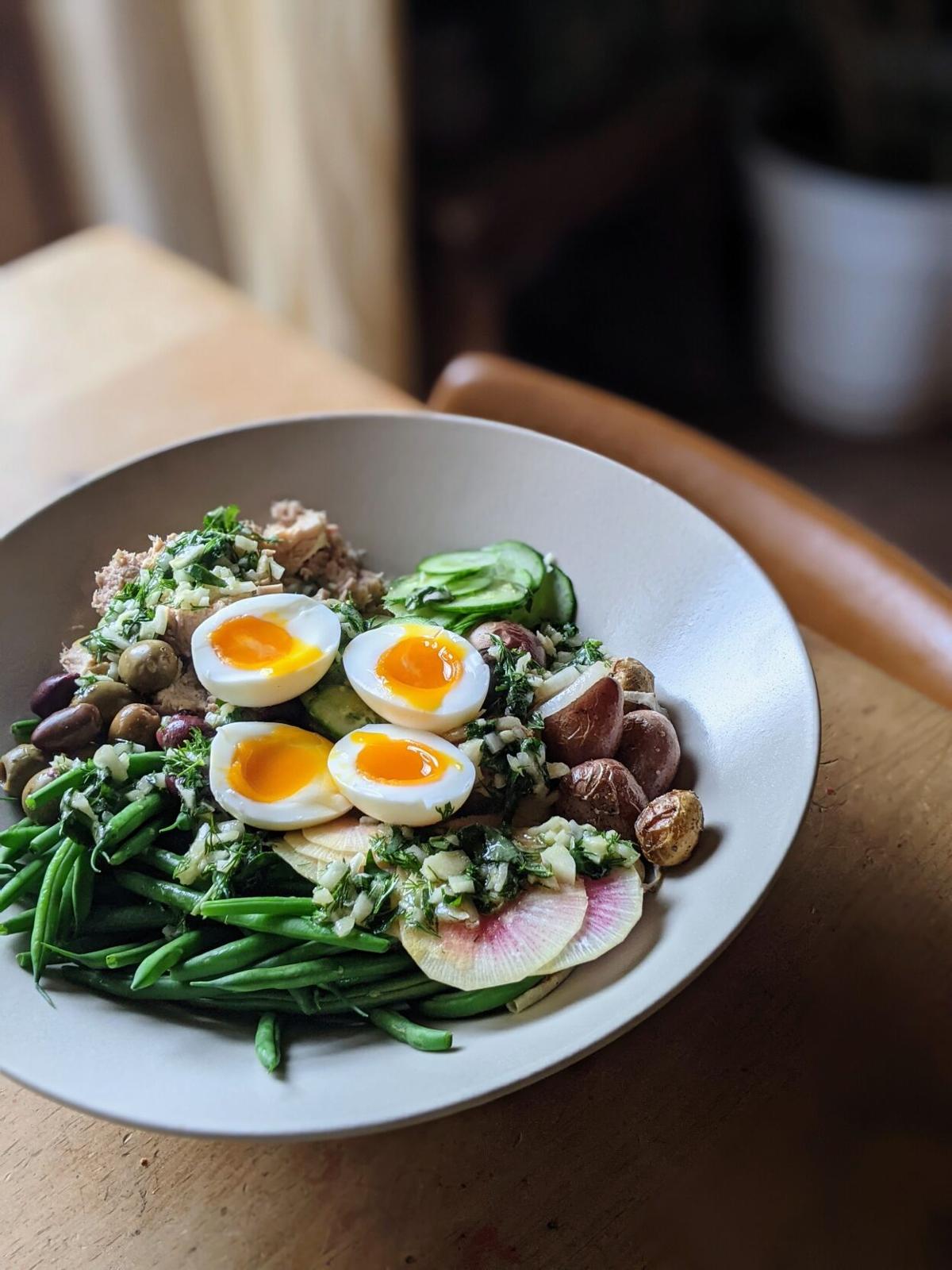 A sight to behold: salade niçoise. 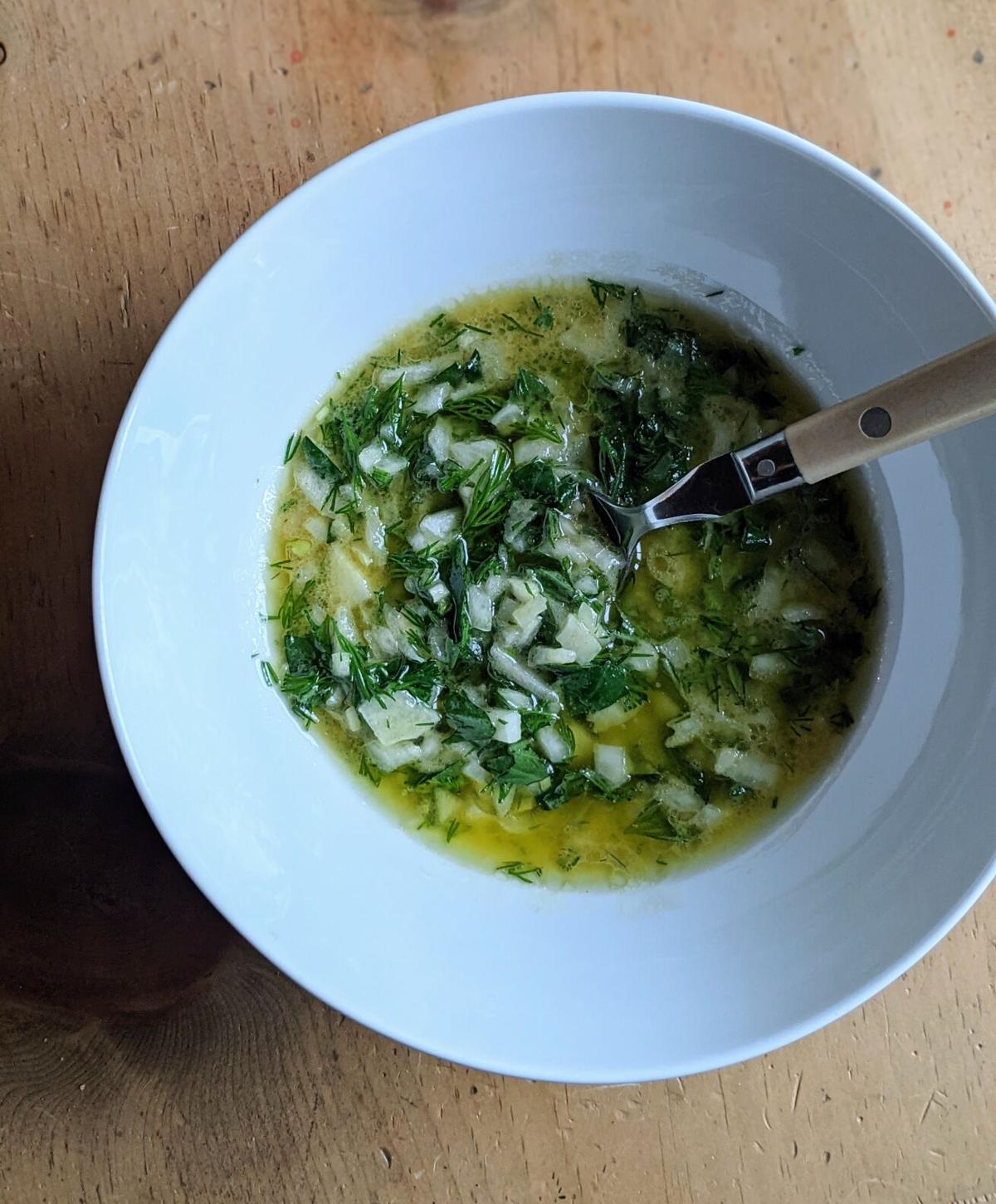 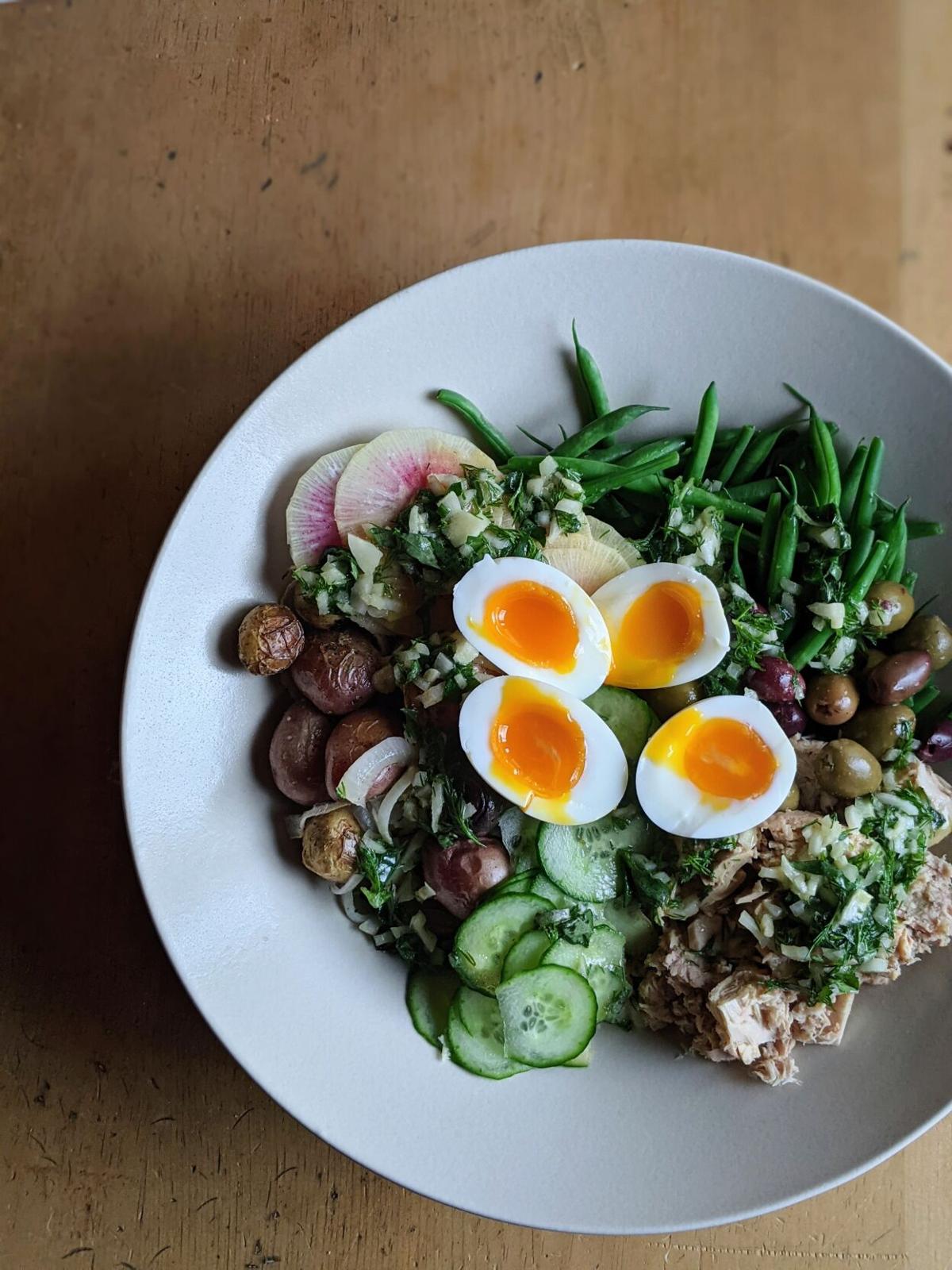 A sight to behold: salade niçoise.

Sometime toward the end of the 19th century, salade niçoise started popping up on restaurant menus along the blue coast of Nice in southern France. The core ingredients have stayed the same — tuna or anchovies, potatoes, vegetables, a bright and herby dressing — but a host of variations have evolved over the years. This hearty salad is not only a full meal; it also makes wonderful leftovers. I would go so far as to say the next day might be even more delicious than the day before because though it might not look as pretty, all of the tuna and vegetables have had the night to soak up the vinaigrette.

This is also a salad that can easily pivot depending on the time of year. In the summer when tomatoes are at their peak, it would be a shame to leave them out. Some might argue tomatoes should always be included, but because it’s early spring, I swapped out the tomatoes for sliced radish and never looked back.

This recipe calls for three soft-boiled eggs. If serving six people, this would allow everyone to have one half. If you want more egg, cook more! Also, if you want to make the whole salad but are only serving two people at a time, just cook enough eggs for the number of people you are serving. The next day, before enjoying leftovers, cook a couple more eggs.

The vegetables in this salad are meant to be tender, but you can easily find substitutions. For example, new potatoes are found at farmers markets more than many shops because their skins are thin and their sugars have not yet converted to starch, so they are extra tender and sweet. Haricot verts are younger, longer and skinnier than regular green beans and are more tender. If you can’t find haricot verts, just blanch regular green beans and once they are cool enough to handle, cut or split them in half lengthwise.

Instead of boiling potatoes, I like to roast them with slices of onion, a drizzle of olive oil and High Desert Herbs (stokli.com), which feels especially appropriate because this Southwest herb blend of marjoram, sage, lavender, rosemary, chile, thyme (which you can also make yourself) is completely inspired by the French herb blend herbes de Provence, which usually includes thyme, basil, rosemary, tarragon, savory, marjoram, oregano and bay leaf. If you have this blend, by all means use it. If you want to bring this salad a little closer to home, any of the herbs in the High Desert blend will be lovely. These little crispy beauties are the reason I make jammy eggs to go on top. Just dip a crispy potato in the soft, custardy egg yolk, and you’ll know exactly what I mean.

½ to 1 seedless cucumber, depending on size, thinly sliced

1-3 radishes, depending on size, thinly sliced

Preparation: Preheat the oven to 425 degrees. Line a sheet tray with parchment paper or foil, and gently toss the whole potatoes, sliced onions, olive oil, dried herbs, salt and pepper together on the sheet tray. Roast for 30 minutes or until the potatoes are tender when pierced with the tip of a knife. Reserve.

Fill a medium saucepan three-quarters full of water and bring to a boil. Season with salt until the water tastes like the sea. Before you blanch the beans, prepare a bowl of ice water. Drop the beans in the boiling water and cook just until they are tender, around 3 minutes. Using tongs, transfer the beans to the ice water to stop the cooking. Transfer the beans to a clean kitchen towel and reserve.

In this same pot of boiling water, gently drop the eggs into the boiling water and gently simmer for 7 minutes. Transfer the eggs to the leftover ice water bath until cool enough to handle. Peel the eggs and reserve.

Prepare the salad for serving: On a large platter, arrange the potatoes, green beans, cucumber, radish, olives and tuna. Spoon the vinaigrette generously over the vegetables and tuna. Slice eggs in half and arrange on top. Serve immediately.

I’m from the south of France, and my wife lived in the region of Nice for more than 10 years. This recipe is interesting but definitely not the salade niçoise.