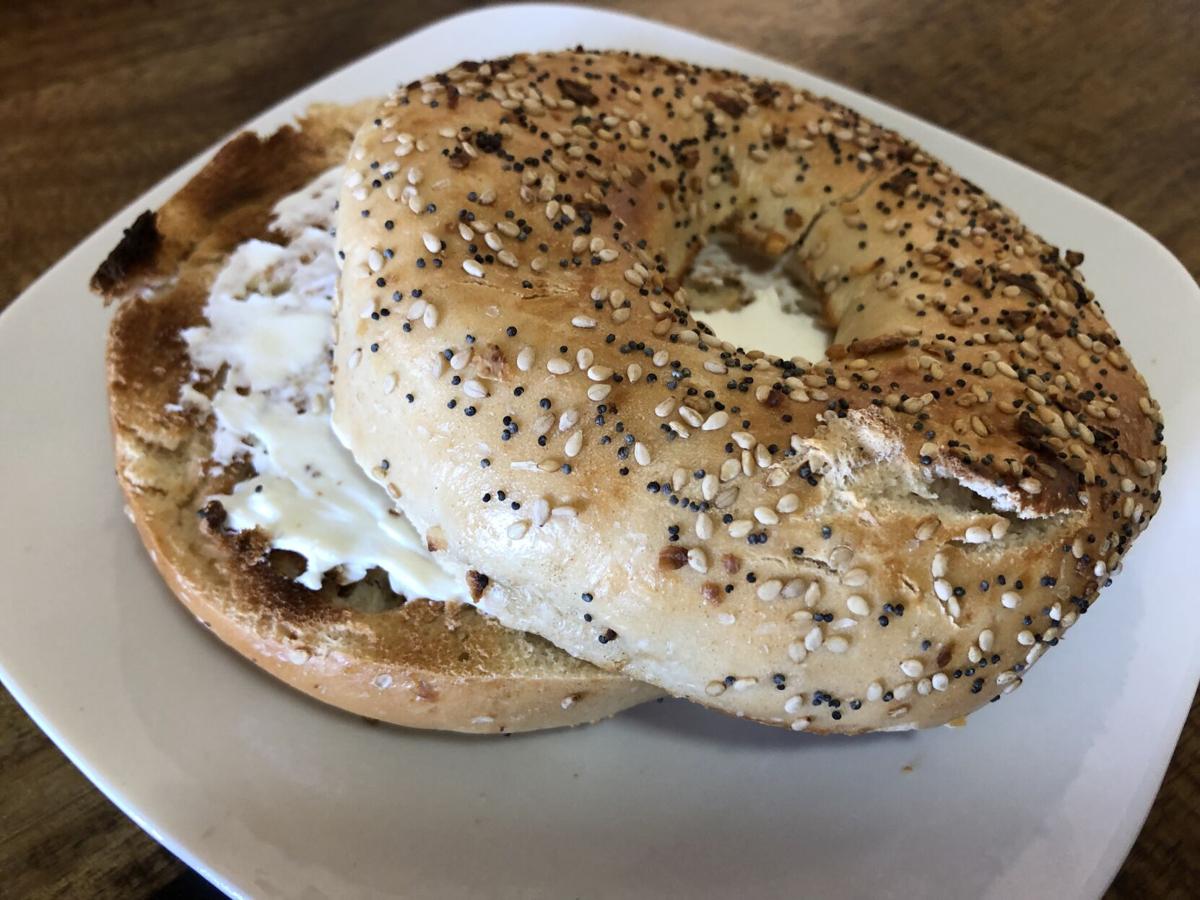 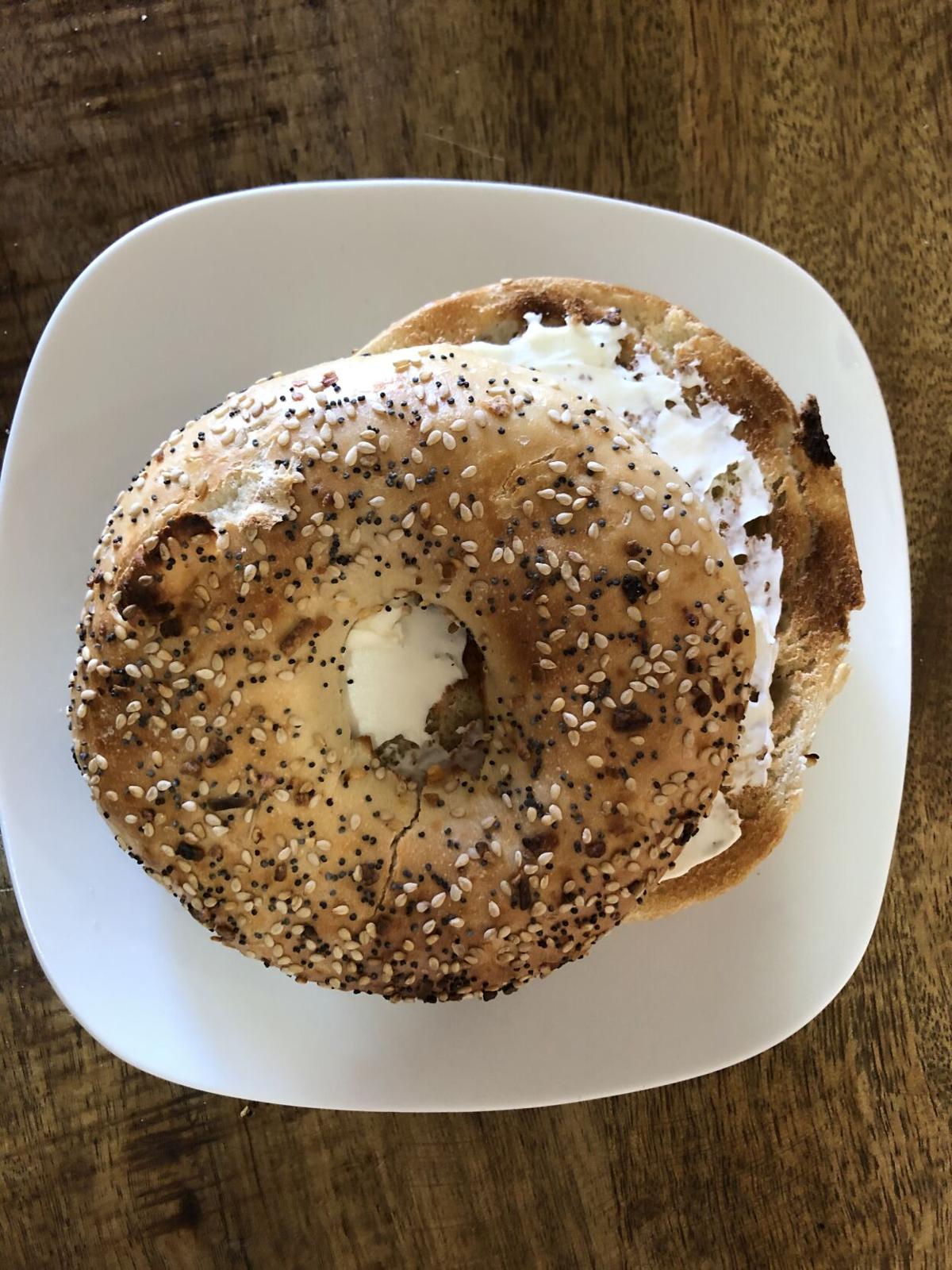 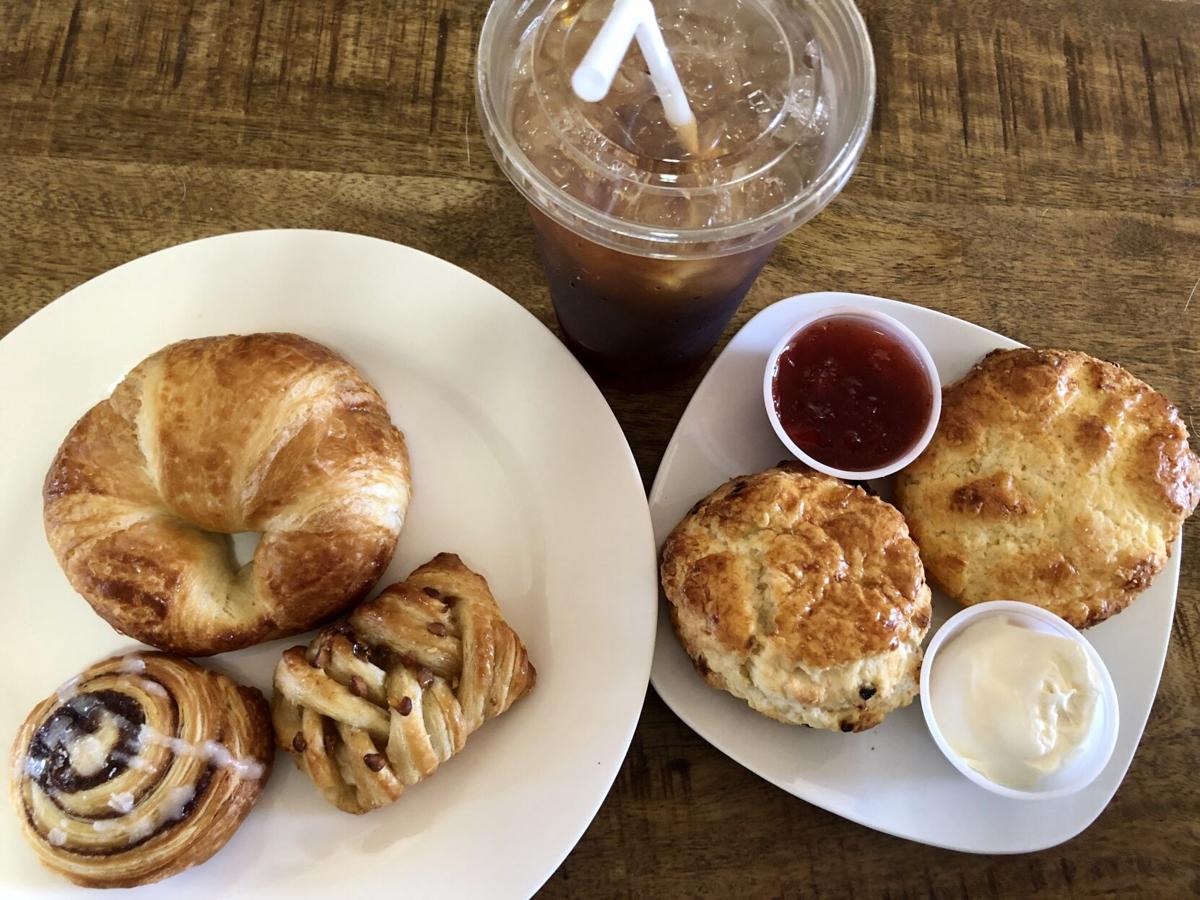 A sampling of the in-house offerings at Eldorado Coffee Corral.

A sampling of the in-house offerings at Eldorado Coffee Corral.

Let’s get right to the point: East Coasters, we’ve got New York bagels.

You’ll find them just outside of Santa Fe at Eldorado Coffee Corral in La Tienda at Eldorado shopping center. They’re individually wrapped and stacked in a small display case featuring a mix of the bagels, Whoo’s Donuts and a range of other house-baked goodies.

And yes, they’re the real deal: This upstate New York transplant can vouch for it. Whether it’s that New York City water, the hand-rolling or the boiling that gives them that signature glossy, chewy consistency, these bagels are all that and a side of schmear (here made in-house with cream cheese, smoked salmon, capers, red onion and lemon).

Mark Hawrylak, who owns the coffee shop with wife Kathleen King and son Sam King, has them shipped in fresh from a bakery in Queens.

“We moved here from New York, and we both missed a good bagel,” said Hawrylak, now a longtime Eldorado resident. They’d been ordering bagels shipped by the dozen to enjoy at home, so when they began building the concept for the Coffee Corral, they decided to add the bagels as an option.

Whether you miss the incomparable mouthfeel of a true New York bagel or you’ve never had one and just want to finally understand all the angles of the Great Santa Fe Bagel Debate, $3 is all you need to pick up a plain or everything bagel or one of a rotating selection of other flavors. You can also preorder a dozen or half-dozen from among some 20 flavors.

The family opened the Coffee Corral on April 1 in the space formerly occupied by The Coffee Wheel. A chef who spent 16 years working for Sysco, Hawrylak retired in October and soon realized he wasn’t ready to slow down completely.

“Being around the food industry all my life … there was some osmosis there as to what I felt would work as a coffee shop,” he said. “My business plan was to have a locally roasted coffee that was organic and fair trade, and to have as much food as possible that was made in-house.”

They settled on coffee from local roaster Agapao as well as a medium roast from a small Colombian plantation owned by a friend’s family. An inventive hot and cold coffee menu features classics as well as drinks like the Metro ($4.50) — a refreshing mix of iced sparkling water, espresso and vanilla syrup — and the cheekily named Naughty Babysitter ($5) — a Cubano with honey, chocolate, toffee nut syrup, steamed milk, whipped cream and caramel drizzle. Other drinks include teas, blended tea drinks, and housemade Italian sodas and lemonade.

In-house, Coffee Corral makes croissants, pastries, cookies, coffee cake and other goodies. The scones ($3) are a standout and can show up in flavors such as cranberry, cherry or apricot lemon ginger. Highly recommended: adding housemade clotted cream and jam for an extra $1.

Croissants come in plain, chocolate and almond varieties, as well as a savory offering that uses prosciutto and Gruyere from the new cheese shop, El Sabor, next door.

“I feel like our businesses complement each other well,” he said. “People will go buy salami, then come get a bagel and I’ll put it on there for them.”

For now, most of the shop’s customers have come from Eldorado and Lamy, and some have told him they appreciate not having to travel into town for one of those signature Whoo’s blue corn blueberry lavender doughnuts. And now, Santa Feans can find authentic New York bagels just down the road, too.

Where: In La Tienda retail area in Eldorado, 7 Caliente Road

Info: Call 505-466-3510, find them on Facebook or visit eldoradocoffeecorral.com

I wonder if these people who cannot wait to buy imported "fresh" bagels also protest climate change and global warming. Do they understand that they are contributing to the carbon footprint caused by these "fresh" deliveries and similar ones like at Marquez Deli?

Those bagels are quite tasty.

It's either made fresh or it might as well be Entenmann's.

JASON real new york bagels are sold by the BROOKS MARKET in the main shopping center off ave. VISTA GRANDE. i've been loving it every time my wife shops for the past five weeks: variety, flavor, crunch, chewy, and fresh

as i remember them from growing up [ 29 years ] in new york city. packaged in a consumer pack of 5 or 6.