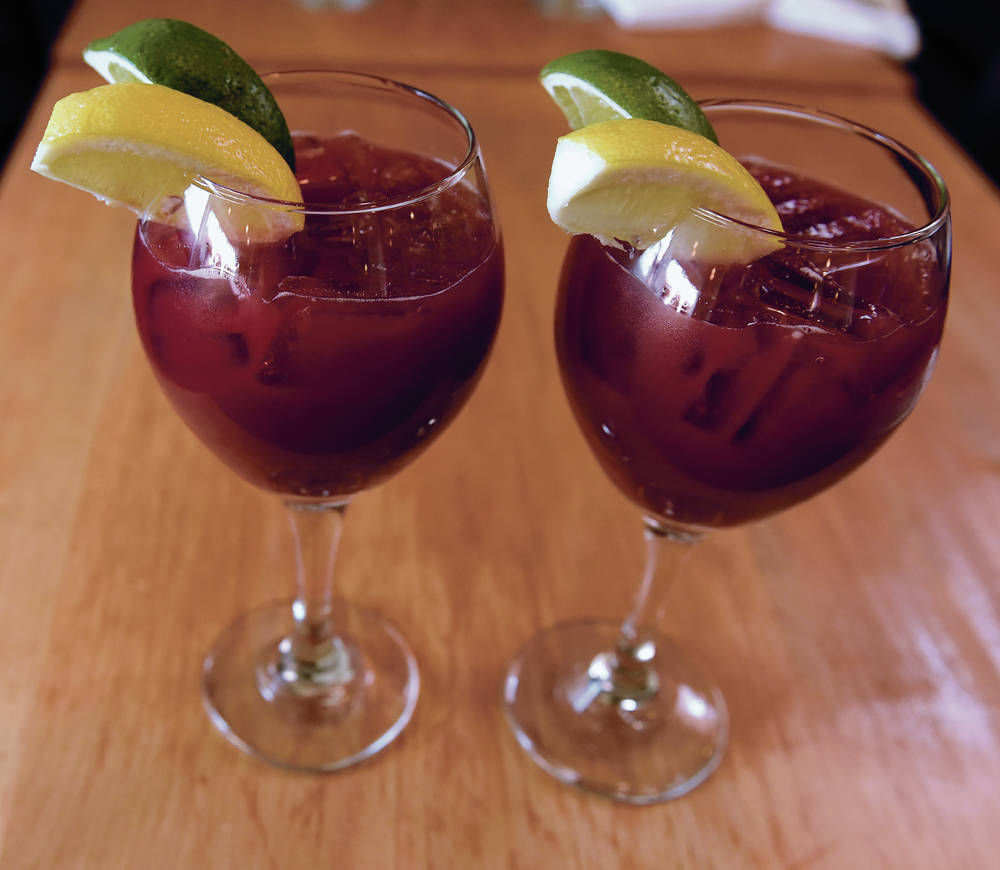 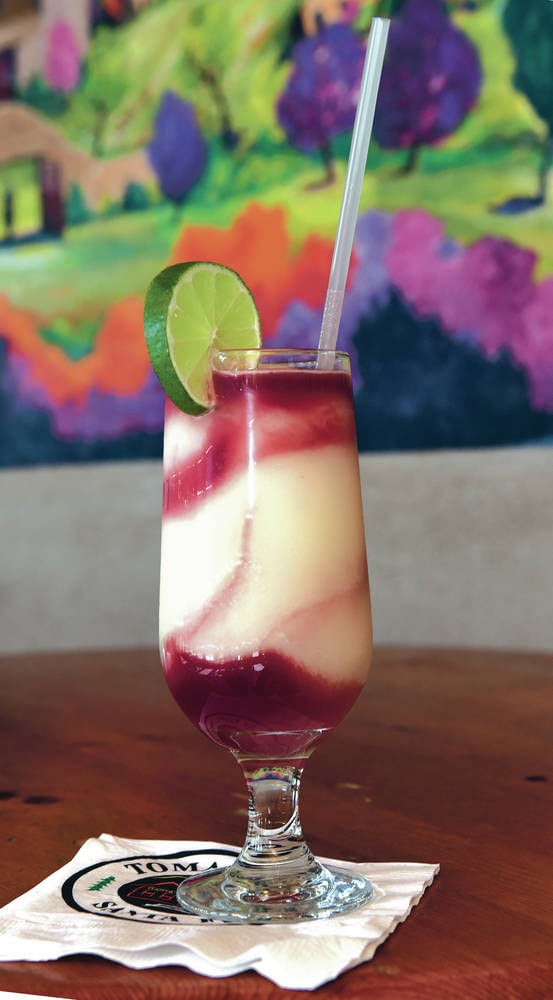 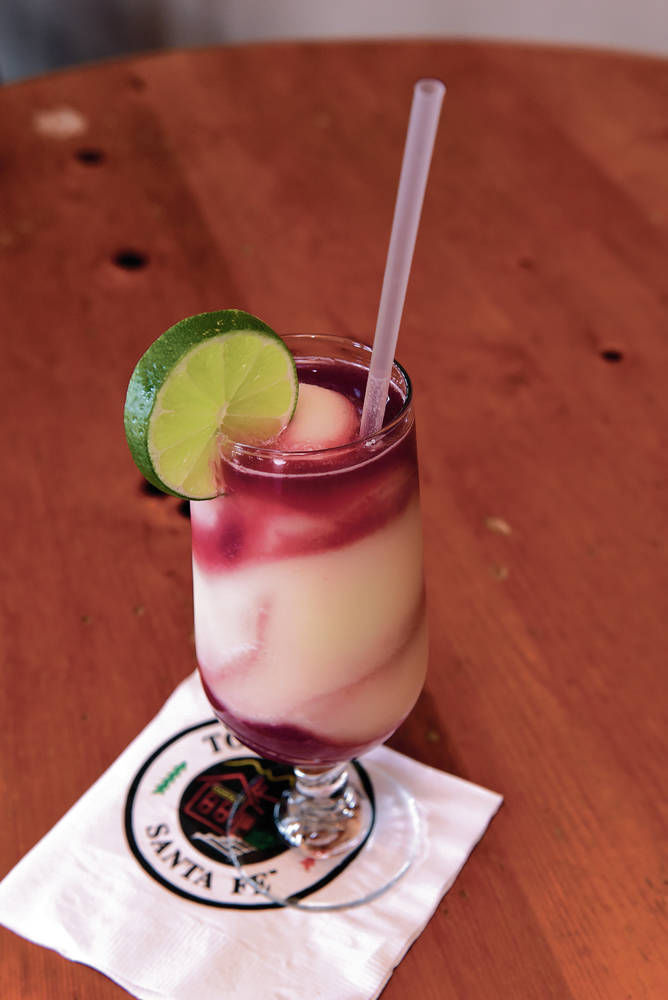 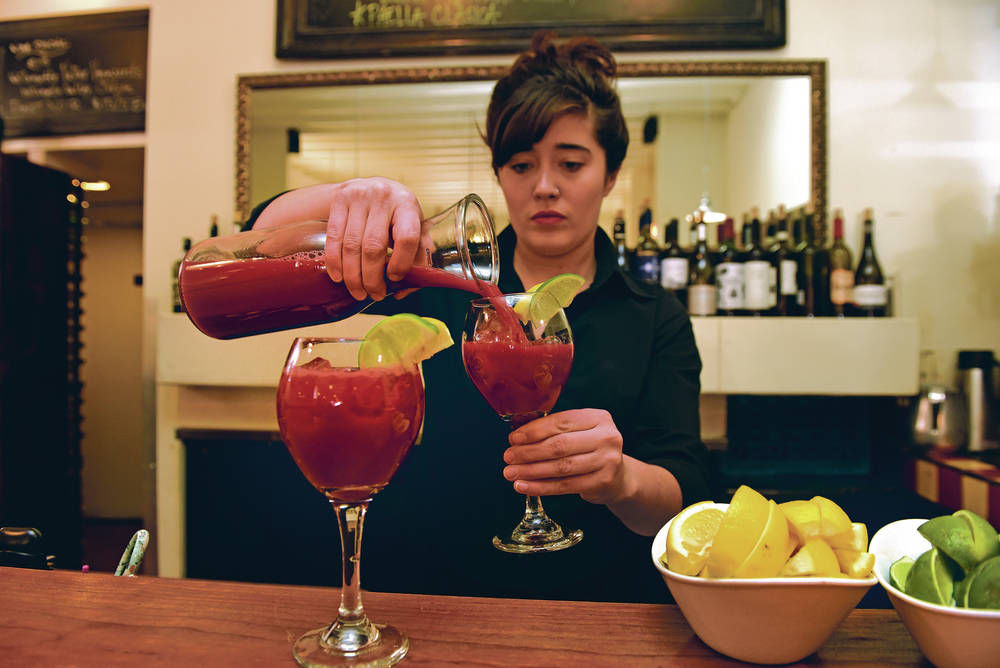 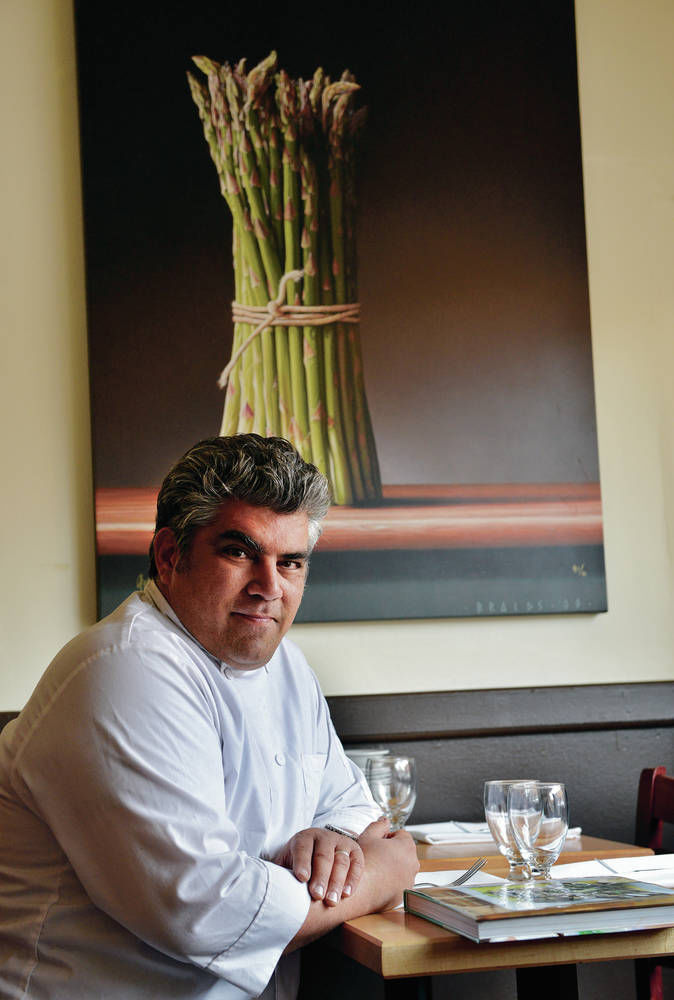 In the spring, a young man’s fancy lightly turns to thoughts of sangria — particularly if he’s eating tapas or Mexican food outside after it finally stops snowing in Santa Fe, and if he isn’t a wine snob.

Sangria is essentially a type of wine punch with chopped or macerated fruit soaking in it, usually with some added sugar, some soda water or soda, and sometimes added liqueur. Sangria is not generally on the list of wine connoisseur favorites but is rather thought of as something to be sipped by delicately sweating ladies on the veranda while fanning themselves — certainly not a serious use of fine red wine. But its popularity is undeniable, with variations found at restaurants around Santa Fe.

Sangria, the name of which probably derives from sangre, the Spanish word for “blood” (because it’s red, you see) originated in Spain, although the concept of serving fruit soaking in wine has long been popular in Europe, and many fun Victorian English “wine punches” and even dubious “medicinal” concoctions follow similar recipes. But for it to be real Spanish sangria, it must be made with Spanish wine. The European Union, that great regulator of endangered regional delicacies, has even passed legislation insisting that to be “real” sangria, the wine must come from Spain or Portugal.

Chef James Campbell Caruso, owner and chef at La Boca, makes his restaurant’s signature red sangria with tempranillo wine, a full-bodied Spanish wine made from black tempranillo grapes. Tempranillo wines and blends, which usually come from La Rioja region, tend to be robust and stand up well to fruit.

“I wouldn’t attempt it without a tempranillo,” Caruso says, “but you can make any red wine work.”

Caruso, who studied both anthropology and Spanish cuisine, is a bit of a purist about the wine but does get creative with the recipe.

“Ours is a little different because we use blood oranges as the fruit,” Caruso says. “They’re a little more tannic, that kind of blends well with the wine.” They then add some soda water, lemon and a little bit of sugar to balance out the flavors. “By the time the tannin hits the red wine, sometimes it’s a little overpowering, so I like to soften it and sweeten it a little bit,” Caruso adds.

While sangria is often thought of as a summer drink, it pairs well with food (particularly Spanish tapas), and La Boca sells it all year long. La Boca also serves white sangrias seasonally, like Caruso’s albariño (a type of Spanish white white) with apples and peaches or other tree fruits. In the fall, they sometimes do a version with white wine and apple cider, with chunks of apple added in.

Tomasita’s, a Santa Fe mainstay for New Mexican food, makes its more democratic sangria with a mixture of fruit soaked in what owner George Gundrey describes as a “secret recipe of different liqueurs,” a splash of orange juice and a splash of Sprite. The wine can be any red wine, and is, in fact, a great way to make use of a bottle of red that has been opened and needs to be consumed (red wine doesn’t sit well).

Its sangria is popular, too, but is even more so as the magic ingredient in a drink called the “Swirl”: a frozen margarita, made the normal way with tequila and triple sec, with a dash of its house sangria poured into it at the end to create a little white-and-red tornado in a glass.

“It sounds disgusting, but it tastes great,” Gundrey says.

The secret to Tomasita’s Swirl is the sweet-and-sour mix used for the frozen margarita, for entirely counterintuitive reasons. At both Tomasita’s and its sister restaurant, Atrisco, everything is made in-house, by hand, with fresh ingredients — except for its frozen margarita mix.

The Swirl is Tomasita’s most popular margarita, and while Gundrey has no idea why a perfectly ordinary commercial margarita mix should create gastronomic alchemy with the house sangria while fresh limes and sugar do not, he has thus far decided not to mess with success.

“I decided it would be sacrilegious to ruin the flavor of the swirl,” he laughs. “That’s why we use the commercial sweet and sour. The swirl tastes perfect just the way it is.”

While most signature drinks at long-standing local establishments come with a story, the Swirl seems to have materialized out of nowhere.

“The swirl was created by God,” Gundrey says. “We’ve had it for a very long time, but nobody exactly remembers how it started, who invented it, how it got on the menu.” He thinks it was invented sometime in the ’90s by some Tomasita’s employee or other, and eventually got added to the menu.

“The swirl [of sangria] doesn’t not make [the margarita] sweeter,” Gundrey says, “it just creates this really groovy flavor, and adds this pop that makes it taste great.”

Of course, just because something is “authentic” doesn’t mean it’s highbrow, and even Caruso isn’t averse to a little soda in his red wine. In the Basque country in Spain, Caruso discovered a drink called “kalimotxo,” comprised of equal parts red wine and Coca-Cola, served over ice.