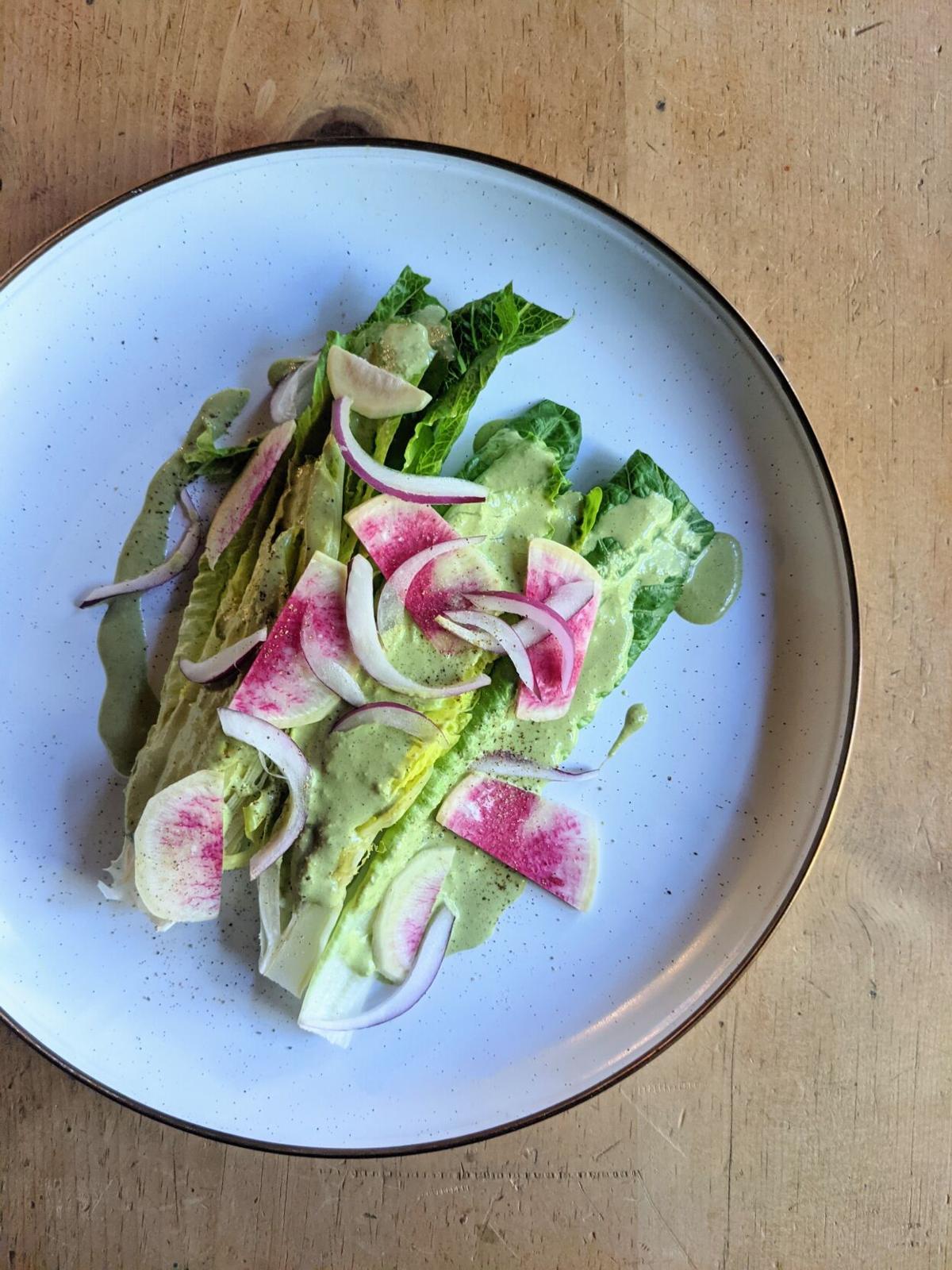 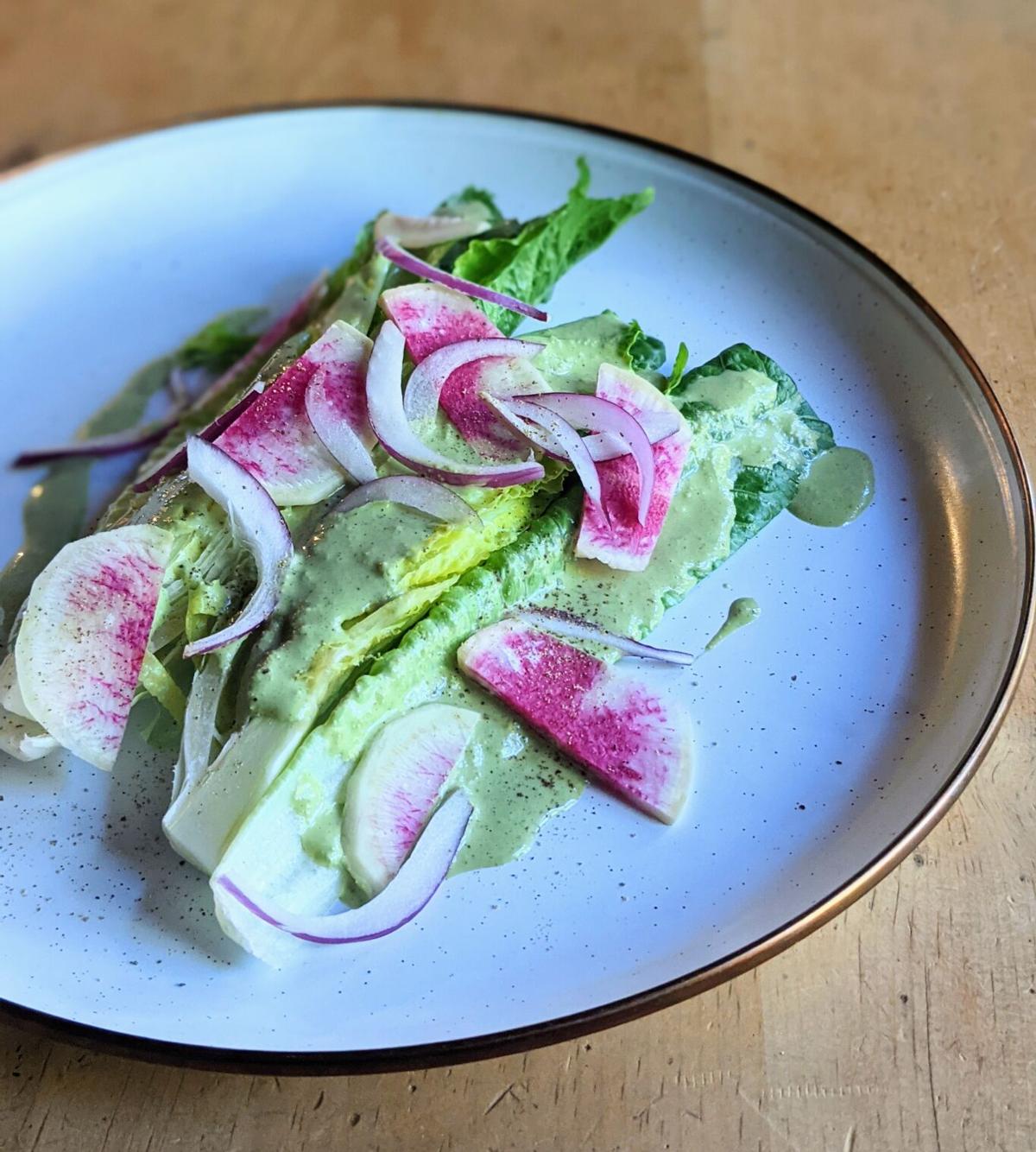 The story begins in 1896. Caesar Cardini was born in Northern Italy’s Lake Maggiore. Around 1910, the French-inspired chef moved to America, cooking his way across the state of California. By the time Prohibition went into effect in 1920, Cardini was running Caesar’s Restaurant in San Diego. Not wanting to miss out on alcohol sales, he opened a second location across the border in Tijuana, Mexico. And here is where the plot thickens. Some claim Caesar Cardini’s brother, Alex Cardini, came to help him with the new restaurant, inventing the salad before going out on his own in Mexico City. Others say Caesar Cardini’s kitchen staff deserves the credit and Caesar simply took all the glory.

But Cardini’s daughter, Rose, shares an account too detailed to be ignored. The story goes that on July 4, 1924, Caesar Cardini was at the Tijuana restaurant cooking for a group of hungry airmen from the Rockwell Field Air Base in San Diego. He was running low on ingredients and threw it together on the fly — a luscious combination of lettuce, egg, Parmesan, croutons, Worcestershire sauce and anchovies. That day, he called it the “Aviator Salad” in honor of his guests, somewhere along the way changing the name to “Caesar Salad” in honor of himself.

How this salad emerged might be a mystery, but there is no question the salad has been embraced at tables across the U.S. and beyond for the last 90 years. It can easily be a meal on its own or topped with avocado, grilled steak, chicken, salmon or shrimp. And this dressing can easily be used as a dip for any and all raw vegetables.

This is a super-fast version that I like to make during the summer. Instead of raw egg yolks and olive oil, I use a good quality store-bought mayo, Greek yogurt to lighten it up and lots of fresh herbs, because if not now, when? I’ll let you decide if you want to add bread to the mix. Normally, I would add garlicky croutons cooked in the oven, but here I love to drizzle a little olive oil over slices of ciabatta or French bread, throw them on the grill and when they come off, rub a garlic clove all over the top (the bread acts as a natural grater!), sprinkling them with a crack of sea salt and serving this on the side. If you want to experiment even more with grilling in these last blissful weeks of summer, sometimes I grill the wedges of romaine, too. Just enough to wilt the outer leaves, let it take on a bit of fire-roasted flavor but still retain a crunch.

3 romaine hearts (or 2 heads of romaine), halved or quartered depending on the size

Make the dressing: Add the mayo, Greek yogurt, Dijon, lemon zest and juice, parsley, basil, chives, garlic, honey and anchovies to a blender. Blend until smooth and take a taste, adding salt and pepper if needed. Store in the fridge until ready to serve.

Make the salad: Lay out clean wedges of romaine on the center of a large plate or platter. Top with dressing, Parmesan shavings and radish slices. Feel free to crack some more black pepper and any other summer veggies you have a hankering for over the top before serving.

Marianne Sundquist is a chef and writer who in 2020 co-founded Stokli, an online general store. Find her on Instagram @chefmariannesundquist, and email her at marianne@stokli.com.