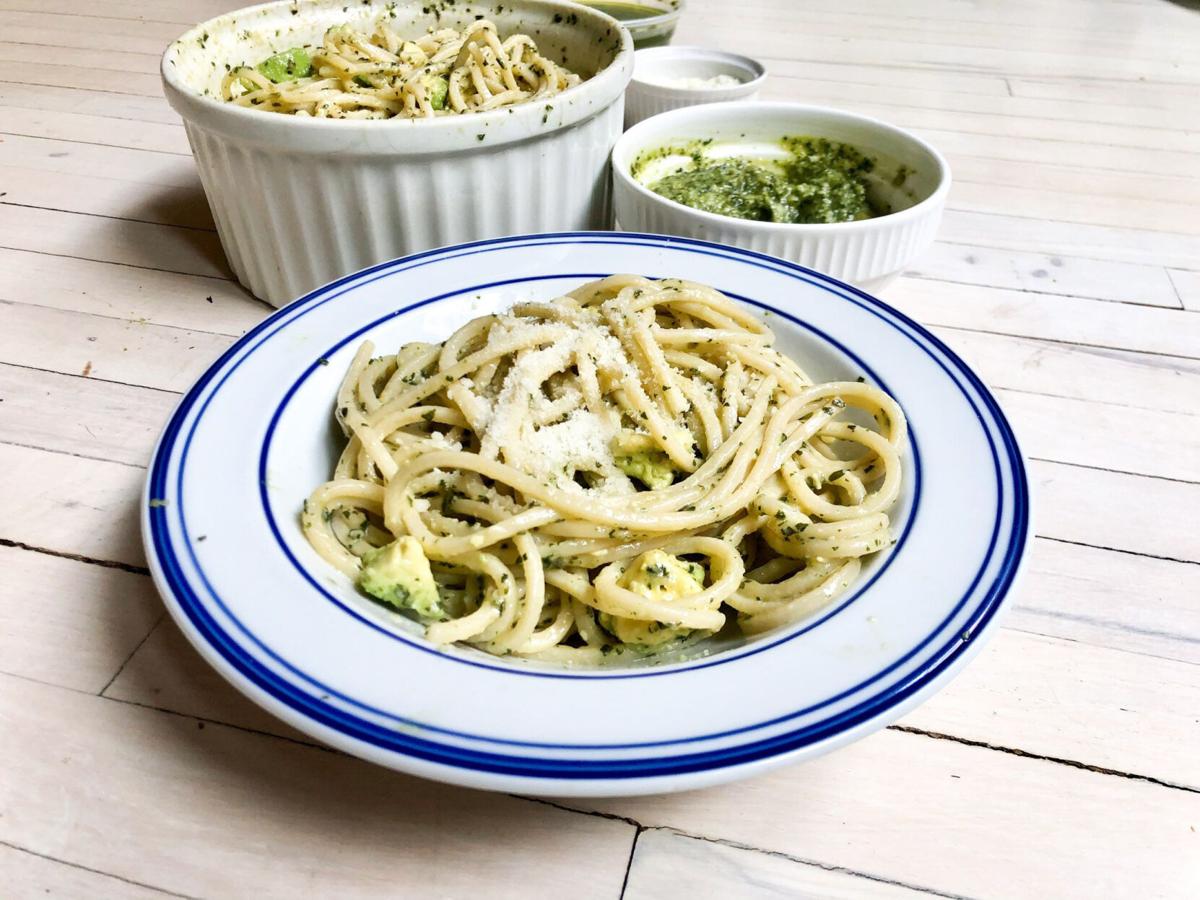 Pasta with pesto and avocado. 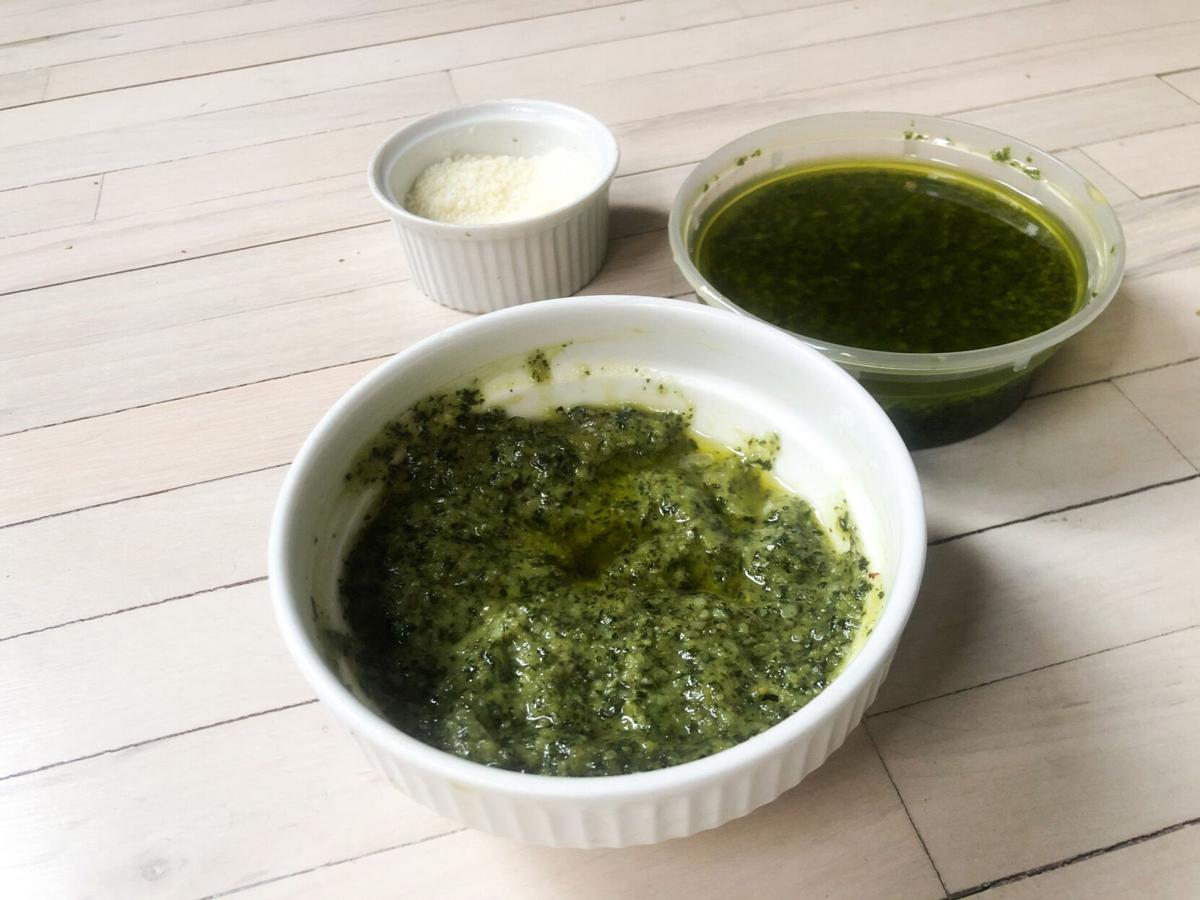 Chef David Kinch’s homemade pesto, at front, was far superior to the ready-made pesto bought at a store. MUST CREDIT: Bloomberg photo by Kate Krader

Pasta with pesto and avocado.

Chef David Kinch’s homemade pesto, at front, was far superior to the ready-made pesto bought at a store. MUST CREDIT: Bloomberg photo by Kate Krader

David Kinch, whose restaurant empire includes the Michelin three-star Manresa in Los Gatos, Calif., had a 2021 cookbook in the works before COVID-19 struck, centered around parties he’d throw.

“The working title of the book was Tuesday Nights Off, but that became obtuse with people stuck in their houses,” Kinch says.

It became At Home in the Kitchen: Simple Recipes From a Chef’s Night Off (Penguin Random House, $35), coming out on March 23. With co-author Devin Fuller, Kinch shares go-to recipes with attitude.

His most irreverent recipe focuses on the most classic of pasta sauces: basil pesto. Kinch has developed an obsession with Italy’s Mediterranean-facing region Liguria, which he says reminds him of home in Santa Cruz, Calif.

“As such, I’ve given my California take on a Ligurian pasta a lot of thought,” he writes in the book. “Along the Italian Riviera, chefs add potatoes and green beans. In California, I add avocados.”

Kinch’s combination sounds like a disaster. In fact, it’s brilliant, like an ominous blind date that leads to love.

The cubes of avocado melt slightly into the pasta, enhancing the creaminess and emphasizing the garlic. “Everything works — even the color works,” says Kinch, who got the idea from a Peruvian chef he met. When you do get the odd bite of avocado, it’s a refreshing and fruity reminder that it’s in the mix. But it’s not overpowering.

PASTA WITH PESTO AND AVOCADO

Preparation: Bring a large pot of water to a boil. Add salt to taste.

Scoop the pesto into a bowl large enough to hold the pasta.

Add the pasta to the boiling water and follow the package instructions to cook to al dente. Just before it’s finished cooking, ladle ¼ cup of the pasta water into the pesto and stir to thin. Don’t worry if the pesto looks too thin: The sauce will thicken from the pasta starch. Reserve an additional 1 cup of pasta cooking water.

Drain the pasta and stir into the pesto, adding some reserved pasta water if needed to get a good consistency on the sauce. When the pasta is coated, gently stir in the avocado. Finish with a pinch of salt. Divide among four bowls and serve immediately, garnishing with Pecorino if desired.

Preparation: If using a food processor or blender, pulse the garlic, pine nuts and a pinch of salt until a paste forms. Add the basil and pulse until smooth. Add the cheeses, turn the machine to low, and drizzle in the olive oil until the pesto transforms from a paste to a sauce.

Use immediately, or cover with ½ inch of oil and refrigerate for up to 6 months —or until it’s time to make another batch.