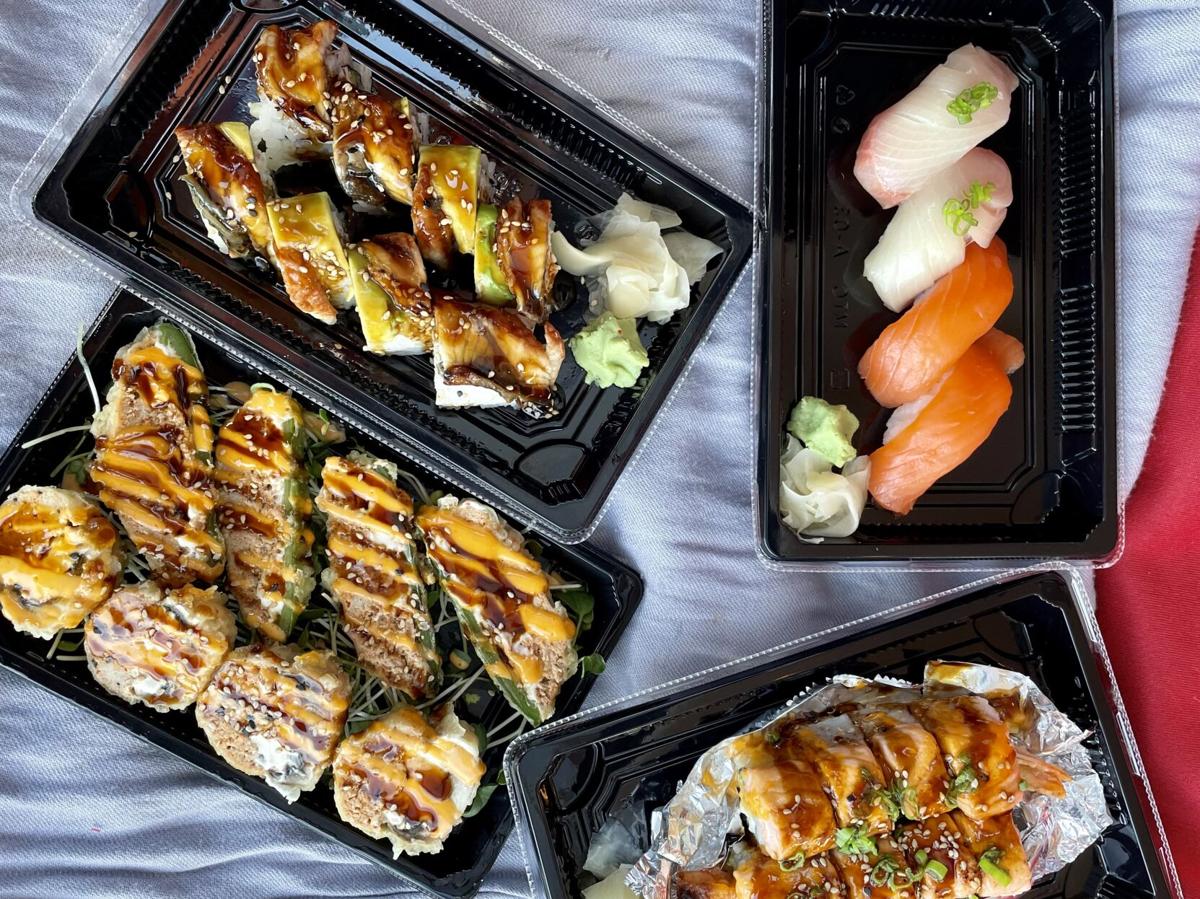 Sushi and more from Jesushi, a food truck on Cerrillos Road. 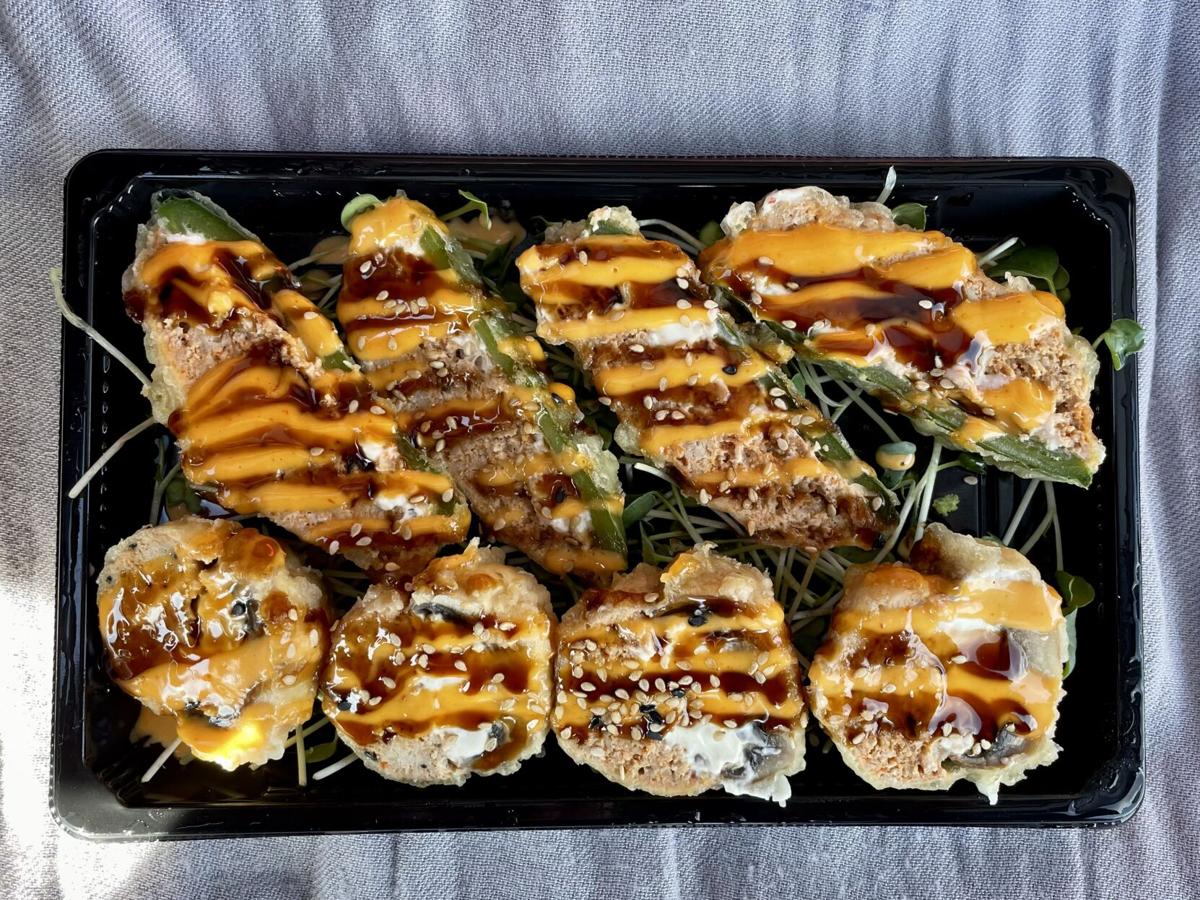 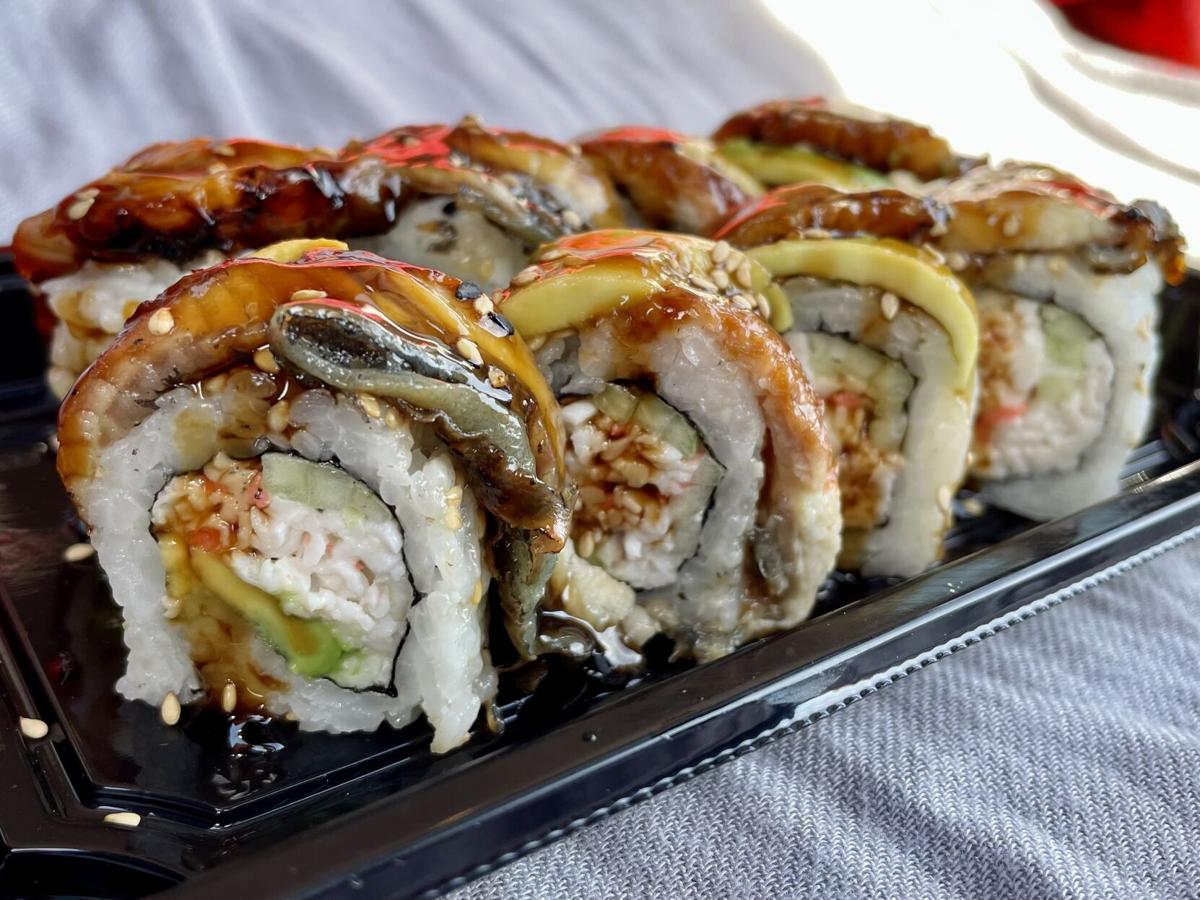 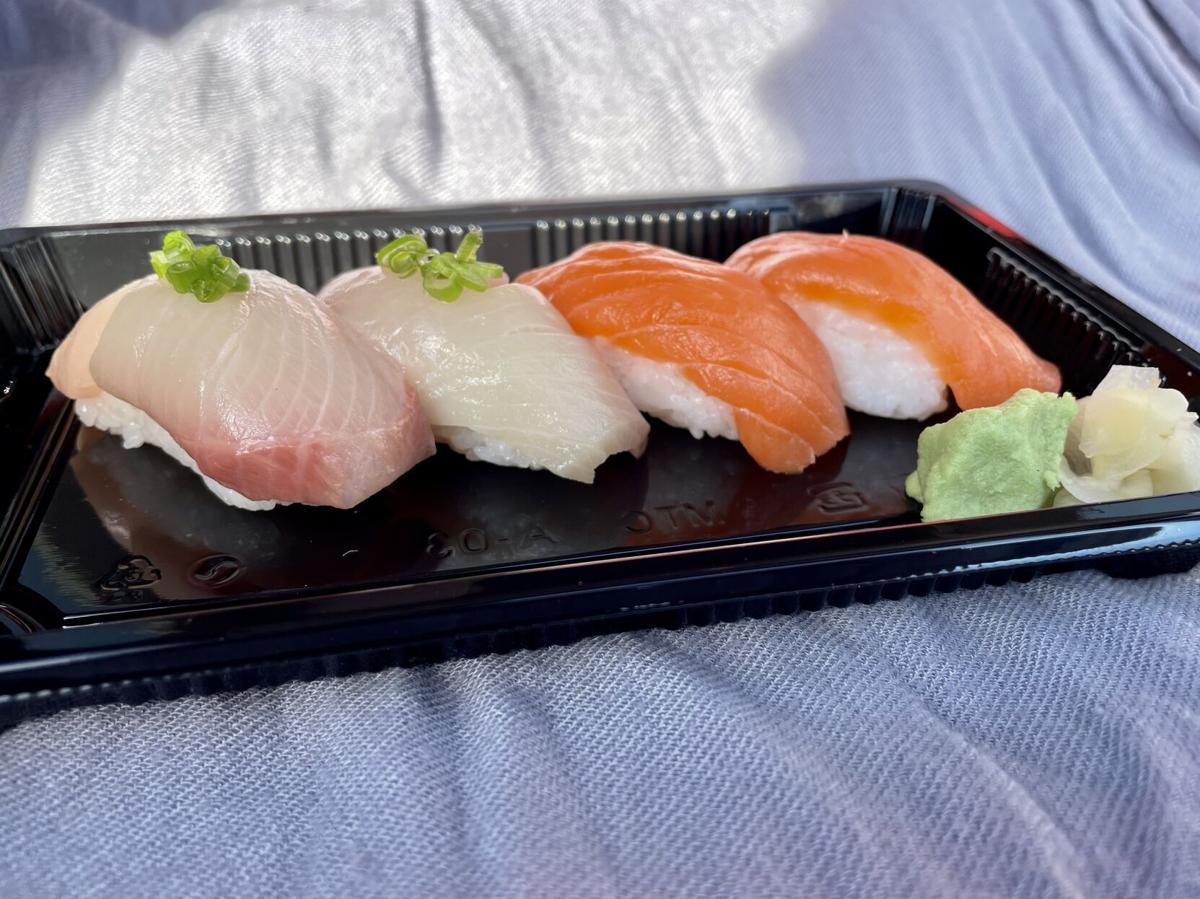 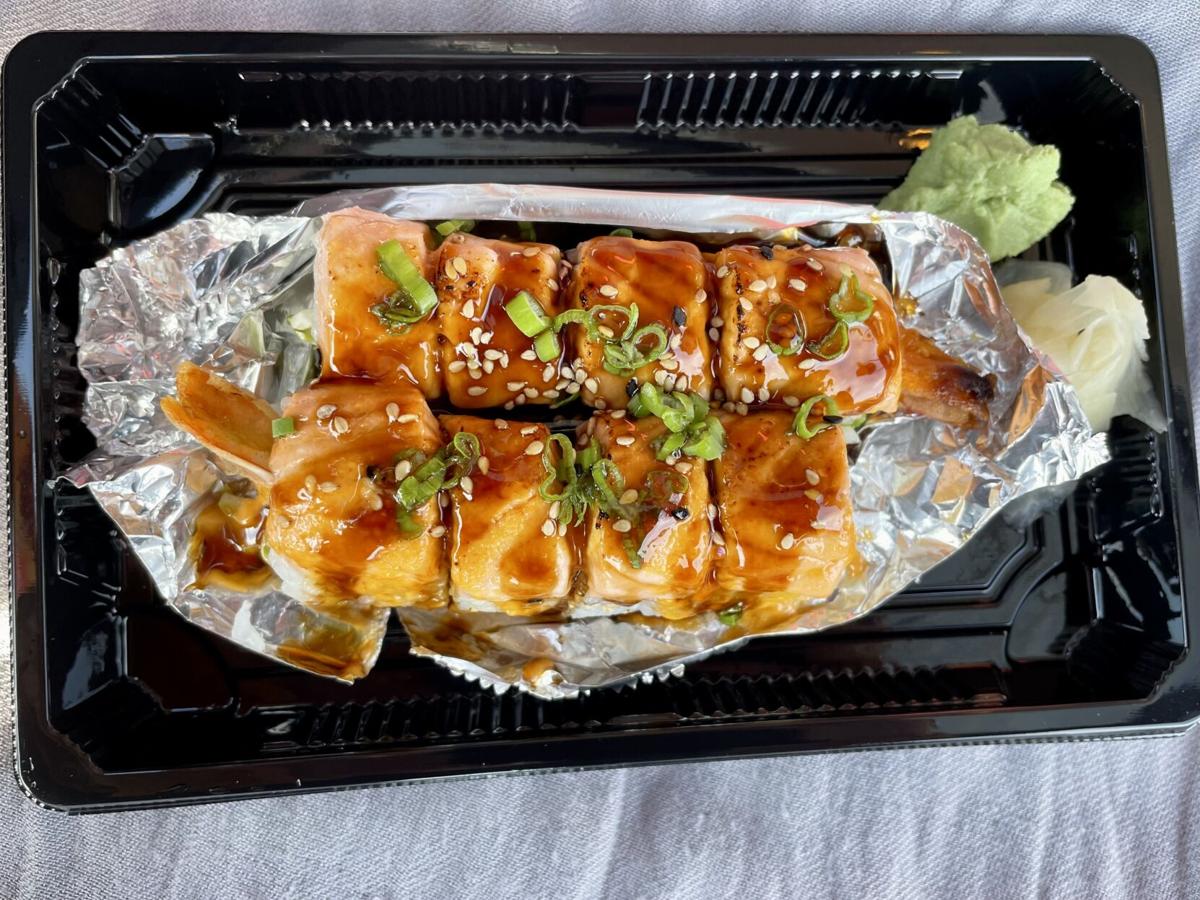 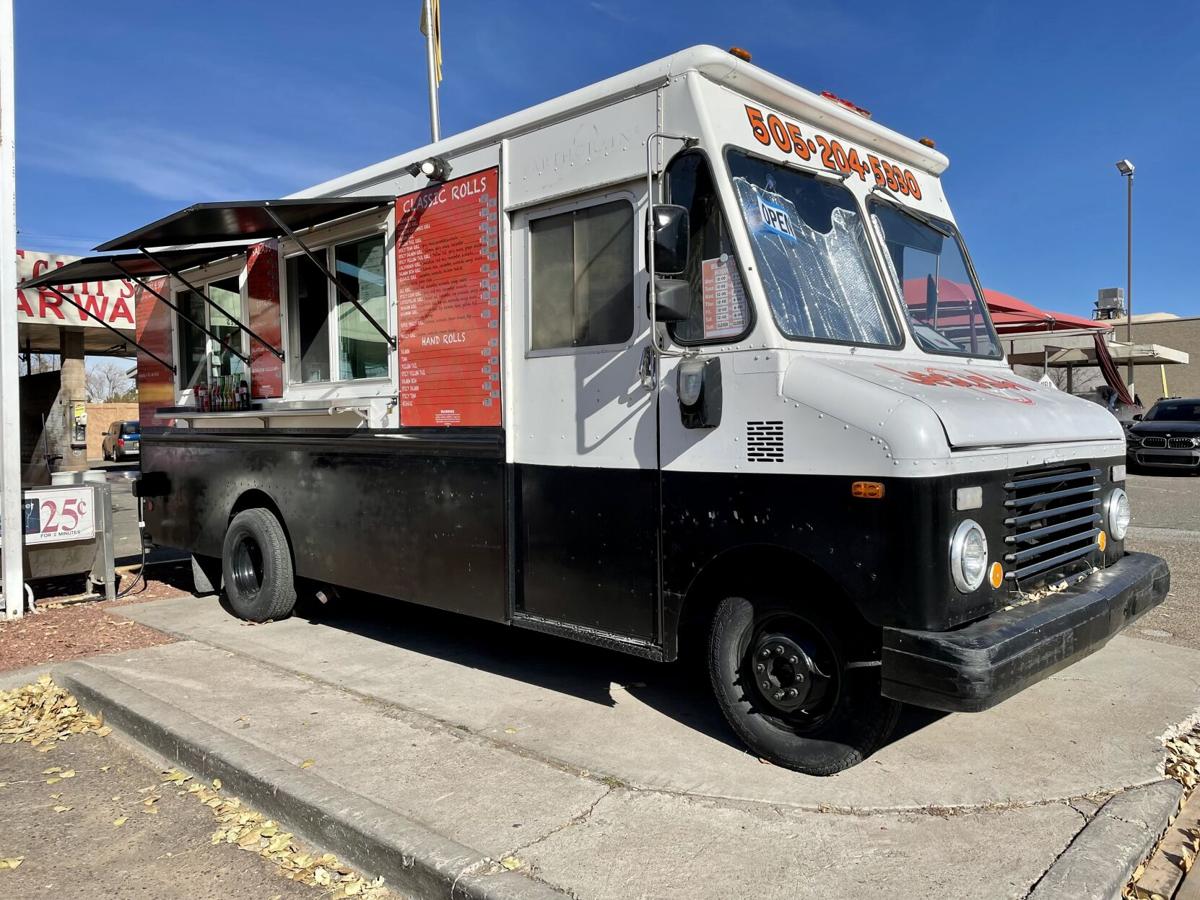 Sushi and more from Jesushi, a food truck on Cerrillos Road.

I admit it: In the wide, delicious world of culinary delights, I’ve never been a sushi connoisseur. When I find myself in the mood to seek it out, I tend to opt for a certain few predictable rolls starring vegetables or cooked fish.

So when I began hearing rave after rave about a new food truck called Jesushi serving some of the best, freshest sushi in town, I called in an expert: my best friend.

It just happened to be her birthday, and so I proposed a celebration lunch in perhaps the unlikeliest of scenarios — eating sushi tailgate style near an old-school car wash just off Cerrillos Road.

“I will give you a $2 bill,” she texted me during a pre-lunch discussion, “if you take a bite of my seaweed salad.”

As it turned out, we didn’t get the salad. But our selection of appetizers, rolls and nigiri proved more than enough of a feast for two — and an assortment of fresh, flavorful seafood that satisfied both a sushi novice and a seasoned pro.

That’s entirely by design. Chef and owner Jesus Mendoza has built a menu and an approach that pays careful attention to freshness, approachability and aesthetics.

Mendoza grew up in a food-loving family and at 15 started working as a busser at local Japanese restaurant Osaka. Right away, he was drawn to the sushi chefs meticulously crafting their edible art. They noticed his attention, and soon he was bussing tables three nights a week and making sushi twice a week. He eventually turned that into a full-time job as a sushi chef along with learning to be a teppanyaki chef.

After about an eight-year tenure, Mendoza moved to Jo-Ji’s Sushi & Teppan Grill in Española, then back to Osaka until it closed. He worked at Plaza Cafe Southside and Kai Sushi & Dining — but in the meantime, the food truck he’d bought and kept in his yard beckoned. When the pandemic struck, he decided it was time to strike out on his own.

Jesushi opened in August with an extensive menu of classic rolls, hand rolls, nigiri, sashimi, salads and other dishes such as rice balls and rellenos. He also has a menu of special rolls that’s currently available only on Fridays and Saturdays — though if you catch him on a slow day, he can make you something from the bonus menu.

That was the case on the day we visited, when Mendoza made us a Jesushi Roll ($14) — alongside our dragon roll and mushroom and jalapeño rellenos — with shrimp tempura, avocado and cream cheese, topped with torched salmon, green onion, spicy mayo and eel sauce. Like everything we tried, it was fresh, flavorful and clearly just prepared.

Mendoza emphasized this isn’t fast food with lots of items prepped in advance — calling in your order is optimal, or you might be in for a 15- to 25-minute wait. The sushi here is rolled and cut to order, and Mendoza also orders his seafood carefully so it’s as fresh as it can be each day.

“I prefer to tell my customers I sold out for the day than prep too much fish, because the quality goes down,” he said. “I think that’s the key.”

My sushi connoisseur companion raved about the fresh suppleness of the yellowtail and salmon nigiri ($6 and $5 each for two). I know only that I’ve found myself regularly thinking back to those tender, buttery, almost sweet morsels regularly, with the growing certainty that I’m ready to return for more.

That’s also because Mendoza makes sushi novices like me feel at ease. The menu spells out what’s in each roll, but he’s also happy to start by asking what you’re looking for.

“A lot of people think because it’s sushi, everything is raw,” he said. “I ask, do you like salmon? Tuna? Depending on what they tell me, I can do it baked, fried … What’s a nigiri? People can ask me! That’s what I’m here for, so I can explain it to them.”

Novice or not, any customer can appreciate the beauty of Mendoza’s careful, colorful food.

“It’s like art to me,” he said. “When I make my customers’ sushi, I make it like I’m going to eat it. I make sure everything looks good because people look through their eyes. The way it looks is the way it tastes.”

Mendoza’s sushi is a feast for the eyes, carefully shaped and elegantly plated, and it was somewhat otherworldly to savor such pretty food while tailgating from the trunk of my friend’s car.

A businesswoman carrying a takeout bag back to her car let out a friendly laugh as she passed us.

“It’s her birthday lunch!” I shouted, pointing at my friend with a grin.

When: Noon to 5 p.m. Monday through Wednesday; noon to 6 p.m. Thursday through Saturday