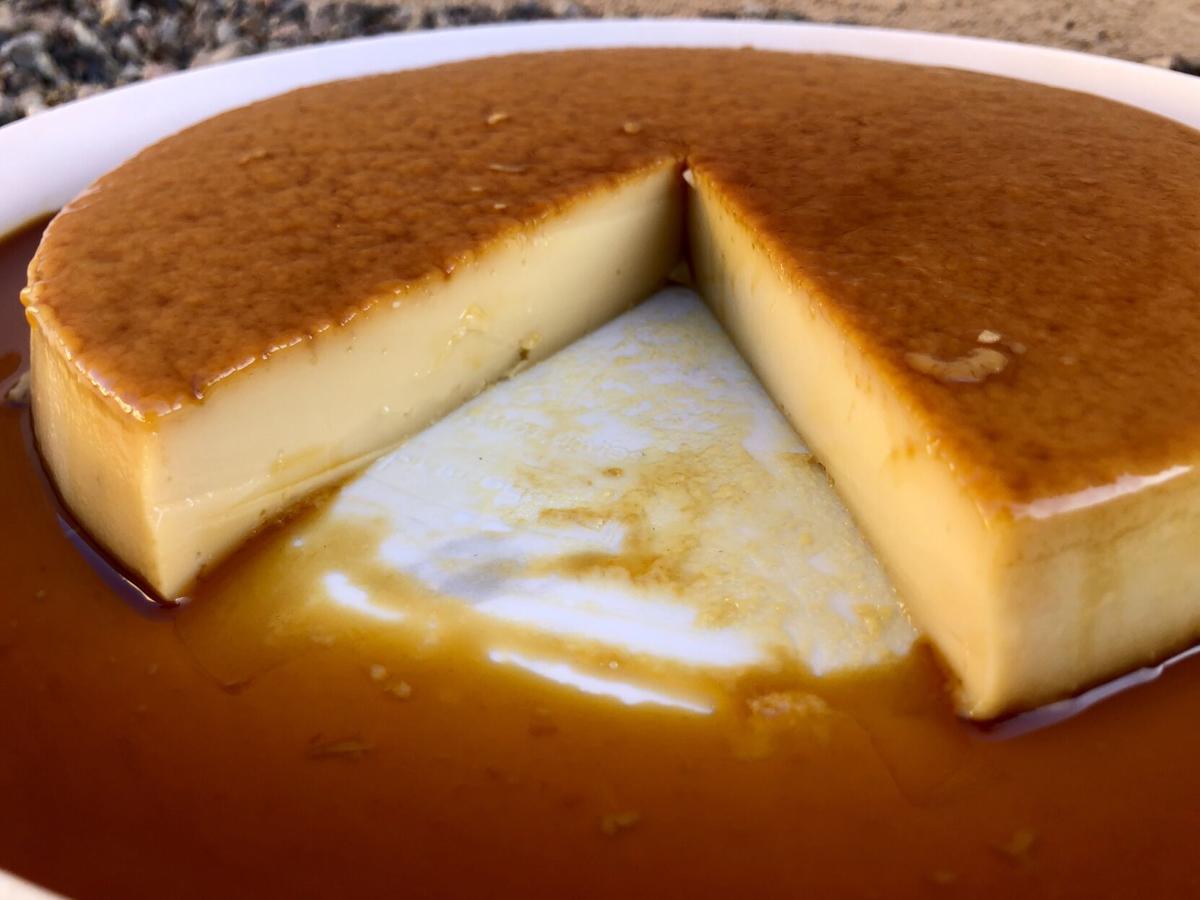 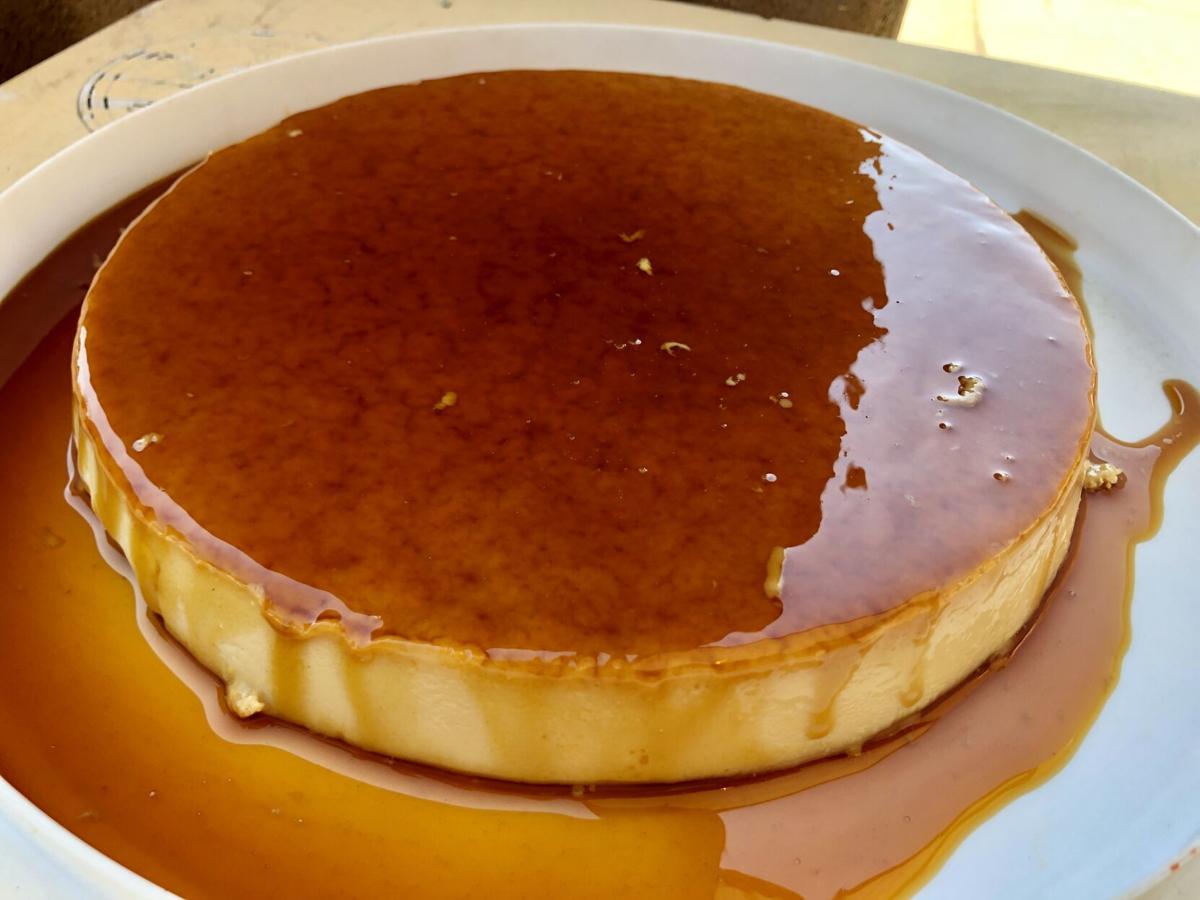 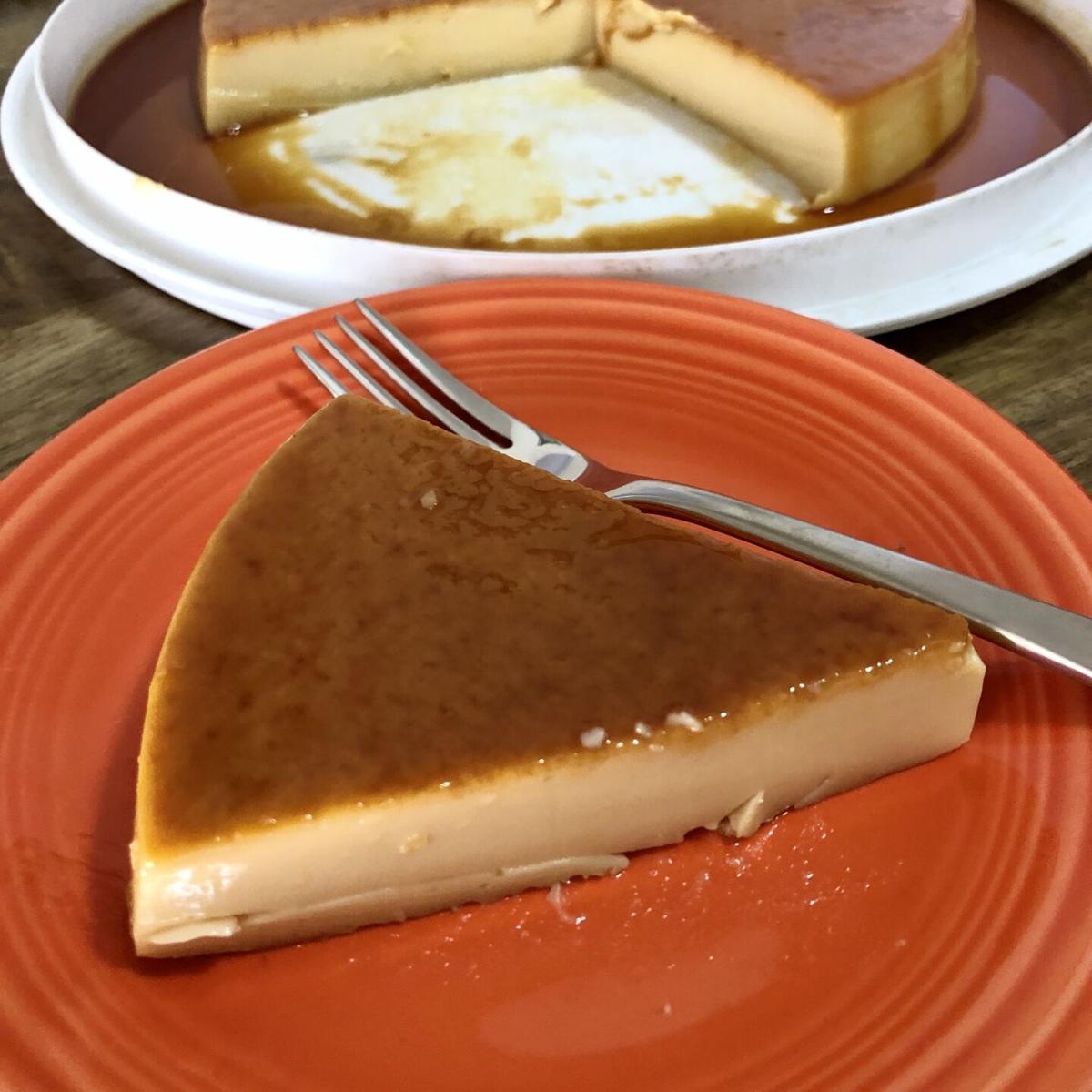 Flan occupies a particular corner of the “favorite dessert” grid. It’s not chocolate; it’s not citrusy or fruity. If you like caramel or custard or vanilla, if you adore creme brûlée or custard tarts or maybe even tres leches cake or tiramisu, then chances are you’re either a flan fan already or you will be once you’ve tried it.

Flan, like so many of our most beloved foods in Santa Fe, has a complex history. That soft caramel custard has its origins in the Roman Empire, but spread to Spain and Latin America.

In Mexico and much of Central America, it’s made with fresh milk, but in Cuba, the hand-me-down recipe often involves evaporated or condensed milk, which is easier to store and preserve, resulting in a denser, creamier dessert.

That Cuban flan? Sign me up. I had a game-changing taste of its sweet, dense magic courtesy of Santa Fean Robert McCormick, whose mother is Cuban, and who co-owned a short-lived local restaurant, Cuba Fe, a few years back with longtime friend David Michael Tardy.

McCormick perfected the flan recipe based on memories of his own upbringing, testing it slice by slice with Cuba Fe customers.

“I tweaked it until people had that smile on their face when they had the first bite,” he said, “and I thought, ‘That’s it.’ ”

After he closed, people kept contacting him to ask for the flan. Between web design work, running the popular Santa Fe Foodies community on Facebook and pursuing his passion as a musician, he still makes it “for people I like,” he says with a laugh.

The flan has earned enough of a cult following on social media that some vote it as the best dessert in all of Santa Fe.

“Every food culture makes everything differently: pork, rice, what have you. It’s the same for flan,” McCormick said. “I make it the way I grew up eating it, so it’s a Cuban flan. It’s a very creamy, custardy, firm texture. There’s something about the balance between the condensed milk and the sugar: It’s sweet but not too sweet.”

McCormick is exploring options for bringing Cuba Fe or his flan specialty back as a permanent Santa Fe option. But in the meantime, his cooking (flan included) is part of a pop-up series at Santa Fe Brewing Co.’s headquarters.

Working out of the kitchen there from May 13-16, McCormick will be serving authentic Cuban sandwiches, medianoche sandwiches made on a soft egg dough bread, Cuban-style beans and rice, yucca — and the flan. You can order it by the slice at the pop-up or preorder an entire 9-inch flan for $30 (and view the menu) at cubafe.com.

“These are the flavors I grew up eating at home with my family,” he said. “It’s homestyle cooking.”

The pop-ups will run from noon to 8 p.m. Thursdays through Sundays for at least the next few weeks, though they may continue, Santa Fe Brewing Co. President Brian Lock said. There will be live music during each of the pop-ups on Sundays, as well as plenty of beer and cider available for purchase, of course.

McCormick will put on his musician hat, too, organizing a lineup of musicians Friday through Sunday, including crowd favorite Nosotros, Savor (led by Cuban native Victor Alvarez) and McCormick’s own band, Sunbender, with a Tom Petty tribute, Runnin’ Down a Dream, at 5 p.m. Saturday. Get the full schedule on the Cuba Fe website.

In the meantime, he designed a special menu for the pop-up that’s made to pair with certain beers there. It features dishes like a pork belly blue-corn dog with green chile gastrique and honey mustard dipping sauce, beer-battered fried rockfish tacos on housemade corn tortillas, and gourmet takes on fish and chips, a burger and a veggie sandwich. “It will definitely be amazing food,” Tapia promises.

Send Side Dish items to sidedish@sfnewmexican.com.

When: Pop-ups run from noon to 8 p.m. Thursday through Sunday, with live music on Sundays