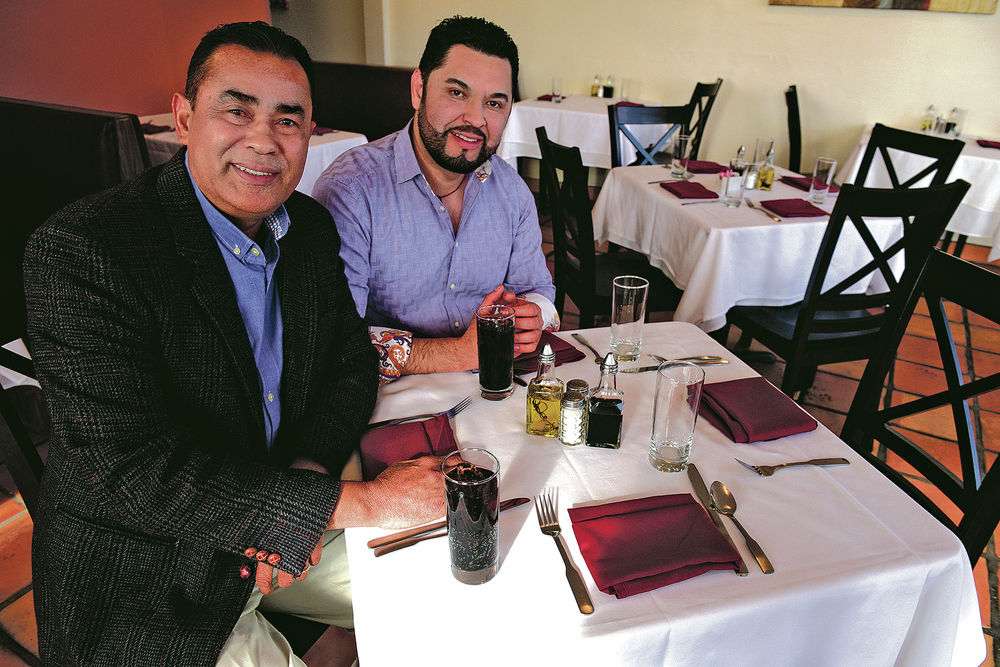 ABOVE: From left, co-owner Juan Ramon Arias and his brother, manager Oscar Arias in Café Grazie, which opened in January. 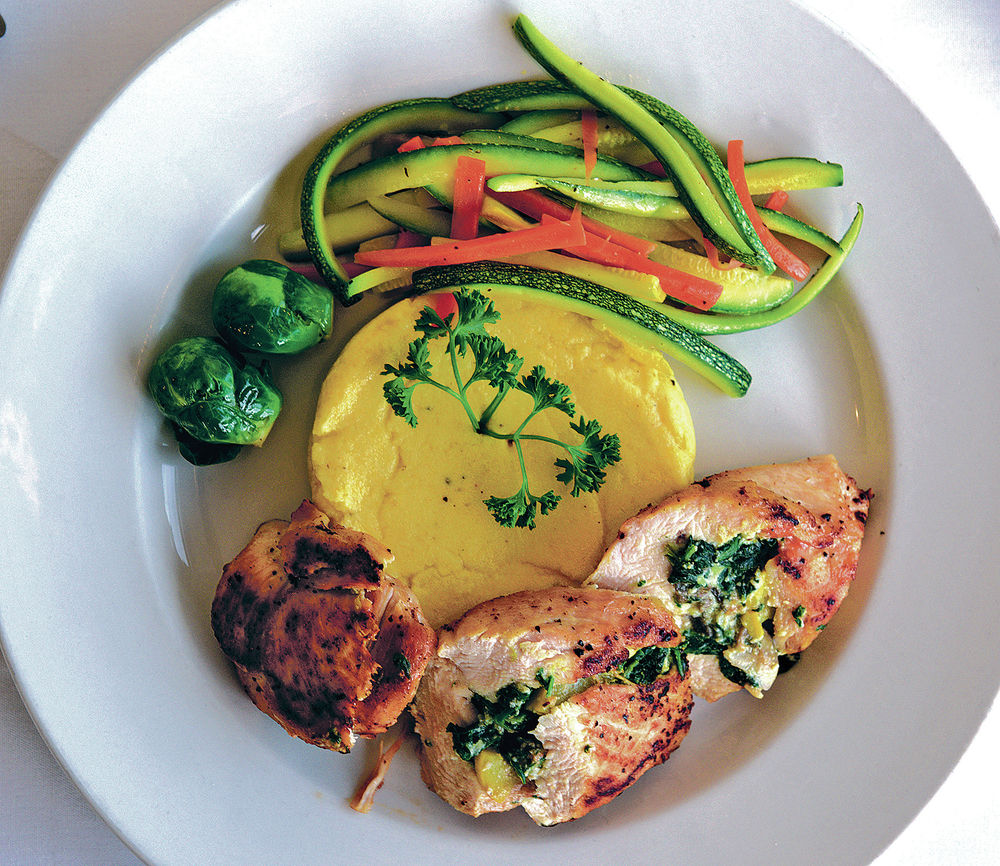 Stuff Grilled Chiken, stuffed with spinach, and served with polenta and sautéed vegetables on March 21, 2016. Photo by Luke E. Montavon/For The New Mexican 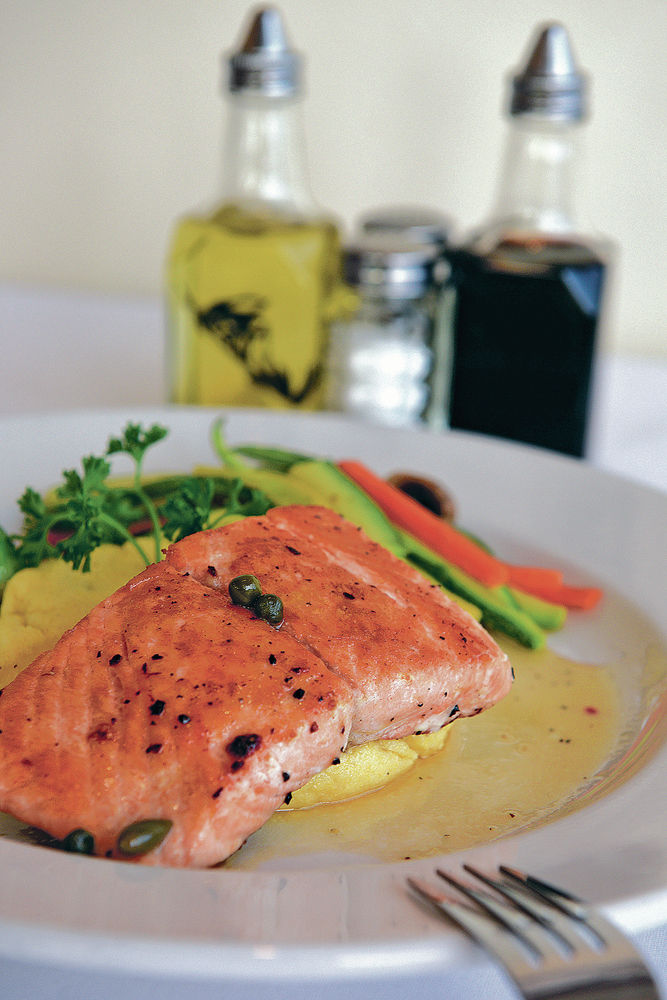 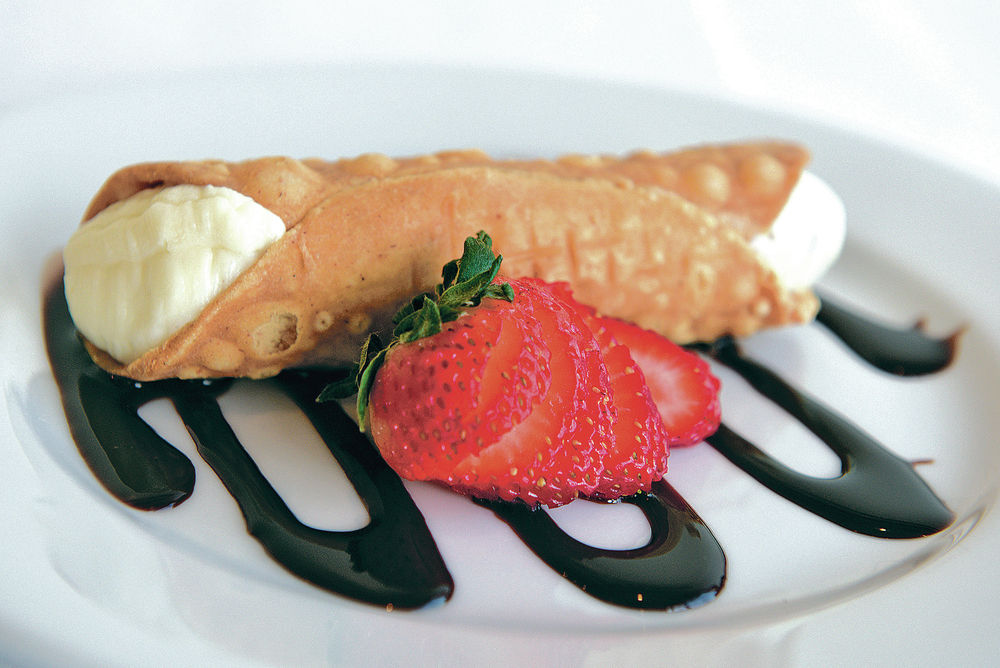 A cannoli at Café Grazie, an affordable option for Italian comfort food.

ABOVE: From left, co-owner Juan Ramon Arias and his brother, manager Oscar Arias in Café Grazie, which opened in January.

Stuff Grilled Chiken, stuffed with spinach, and served with polenta and sautéed vegetables on March 21, 2016. Photo by Luke E. Montavon/For The New Mexican

A cannoli at Café Grazie, an affordable option for Italian comfort food.

Sometimes a person just wants some spaghetti and meatballs. Simple, right? Such a thing should be an easy fix — after all, many of our mamas used to make it for us. But after a long day, hearty Italian food, which is built upon layers of flavor, is not necessarily the fastest solution for an empty tummy. Sure, you can throw together some pasta and sauce in the time it takes to boil the water, but that doesn’t compare to the rich, satisfying heft of long-simmered tomato sauce or gooey lasagna.

In other cities, you can get Italian comfort food for the same price you pay for burgers, gyro sandwiches or pho, but in Santa Fe, at least for the last decade, Italian food has become a bit of an elevated concept. And while farm-to-table pasta, artisanal ravioli and sangiovese by the glass are all lovely things, sometimes you just want to sink into a big bowl of pasta that tastes like you remembered it.

In that case, Café Grazie, which opened in January, would love to oblige you.

Café Grazie is the south side’s newest hidden gem, a little family-owned Italian restaurant that occupies an unassuming spot near Target amid Zafarano’s outdoor mall sprawl. As is typical of businesses in that strip mall, Café Grazie has very little going on in front to indicate what’s inside: a serene little oasis of simple gentility in a vast parking lot desert.

Café Grazie is co-owned by Marvin Espinoza and Heather Wolf Espinoza, longtime Santa Fe restaurateurs who formerly co-owned El Tesoro, the Salvadoran cafe inside Sanbusco Market Center, and Juan Ramon Arias, Marvin Espinoza’s longtime friend. According to Arias, it was always a bit of a dream for them to have their own restaurant in Santa Fe.

Arias and Marvin Espinoza are both originally from El Salvador (hence the cuisine at El Tesoro), and Arias, who became a U.S. citizen just over two weeks ago, splits his time between Santa Fe and San Salvador, where he also owns a seafood restaurant. While Café Grazie doesn’t serve the food his mama made, it is, in a way, appropriate that he and Espinoza opened an Italian joint. Italian food was, after all, originally an immigrant cuisine.

The choice to serve Italian cuisine was partly dictated by, of all things, the surrounding businesses, and the desire of the mall complex’s management to prevent competition among its tenants.

“We thought about doing tacos, but the owners of the mall said no,” explains Wolf Espinoza. “They didn’t want us to compete with Posa’s.” That also meant no enchiladas and no pizza, but Italian was fair game.

And it was a natural choice; the Espinozas used to work together at Pranzo Italian Grill 25 years ago, when Marvin Espinoza was a sous chef, so he is quite comfortable with the cuisine. The Café Grazie menu itself harkens back to items that were on the Pranzo menu at the time, when it was owned by Rick Post, and for those Santa Feans who fondly remember that era of the Sanbusco establishment, they might, in fact, be able to go home again by driving a few minutes down Cerrillos.

“All of our sauces are made here, and we try to use organic [ingredients] whenever possible,” Wolf Espinoza says. (They also have a gluten-free pasta option.) “What people have told me is that people in the neighborhood like having a place to come to eat that’s good and where the food is prepared fresh.”

“There’s a lot of customers who are happy we moved here so they don’t have to move downtown to get good pasta,” adds Arias.

The menu is utterly classic but not boring, featuring spicy meatball linguini, gamberoni a la Roma (with shrimp and sundried tomatoes), frito misto (fried seafood), lasagna, fresh, unfussy salads, and even a big, satisfying bowl of pasta alfredo that most rational humans periodically crave. They also offer grilled items, such as stuffed grilled chicken with sundried tomatoes, turkey scallopini, salmon served with polenta and sautéed vegetables, and even a little filet mignon. This is Italian comfort food, familiar and always appealing, which has been a difficult thing to find in town without paying more than you felt like or, at the other end of the spectrum, resorting to a disappointing chain restaurant.

Lunch and dinner have slightly different menus — the lasagna, for example, is only available at lunch, and the filet mignon is only available at dinner. The dinner menu is slightly more expensive because it comes with a family-style salad and bread, for the true East Coast Italian restaurant experience.

And because they don’t have to pay downtown rent, the owners of Café Grazie can afford to make their menu, well, genuinely affordable. Prices hover around $11 for lunch and a few dollars more for dinner. It can be hard to find that sweet spot between chain restaurant and quasi-fine dining, but Café Grazie, with its civilized vibe and equally civilized pricing, may have hit the mark.

Café Grazie has slowly grown a following through word of mouth. Santa Fe is a city that, if it’s not rush hour, you can cross in less than 10 minutes, but for Santa Feans, that can be a long way to go for dinner. Café Grazie’s ever-increasing client base on the far side of Cerrillos has turned it into a bit of a neighborhood joint.

“There was one gentleman who lives in the apartments [nearby] who asked for thirty menus to pass around to people,” Wolf Espinoza says.

The south side has a different ecosystem than downtown: It’s less dependent on high season, there’s ample parking and there’s little to no tourist traffic. That means Café Grazie’s clientele are mostly locals, people exhausted from tromping through Target, and families with kids (for whom Italian food is generally an easy sell). That brings with it a different vibe from Santa Fe’s famous, and sometimes infamous, downtown foodie scene.

“What’s nice and different from downtown is that when people come they seem to be equally excited to talk to us as to the people they’re sitting with,” Wolf Espinoza says. “We have big conversations with a lot of tables. People ask us questions, they bring us into their conversations.”

“It feels like a second home to them,” Arias says.