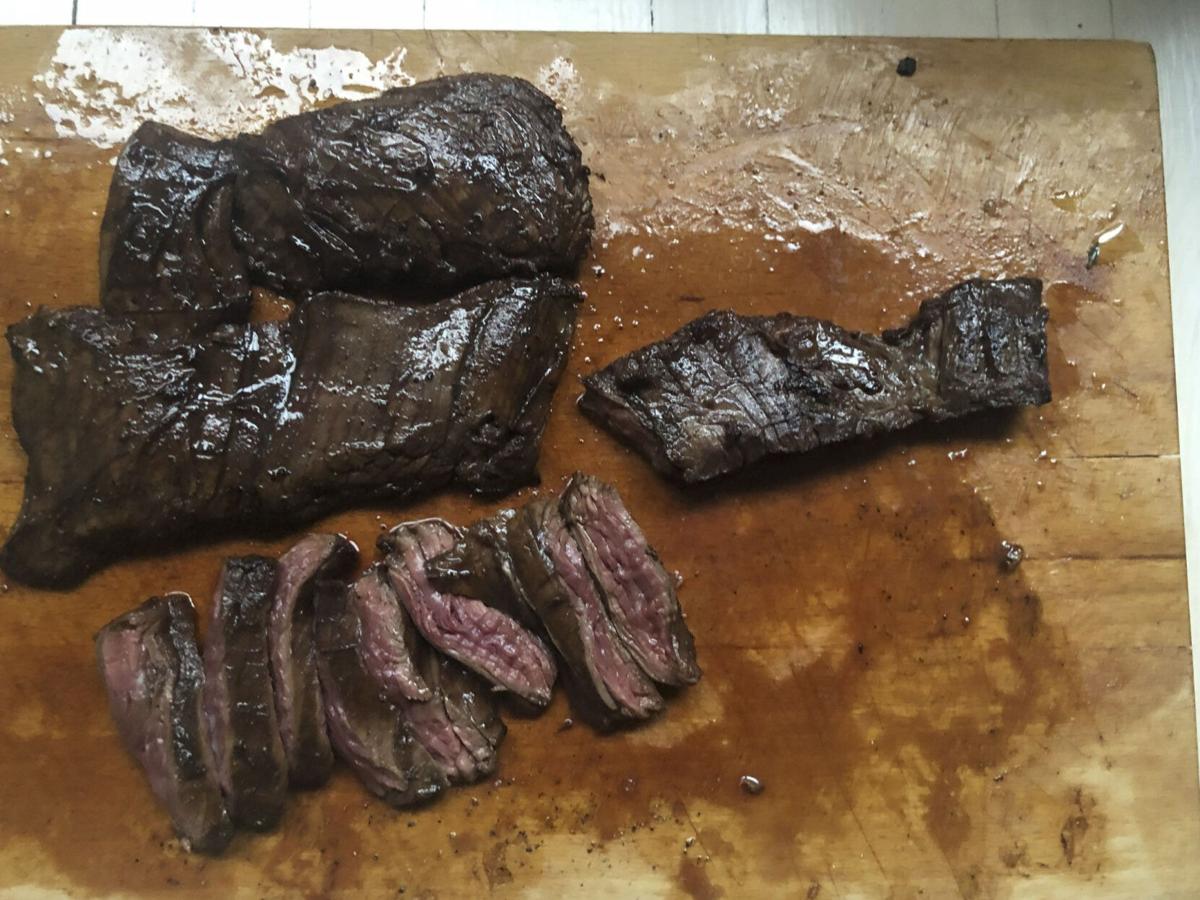 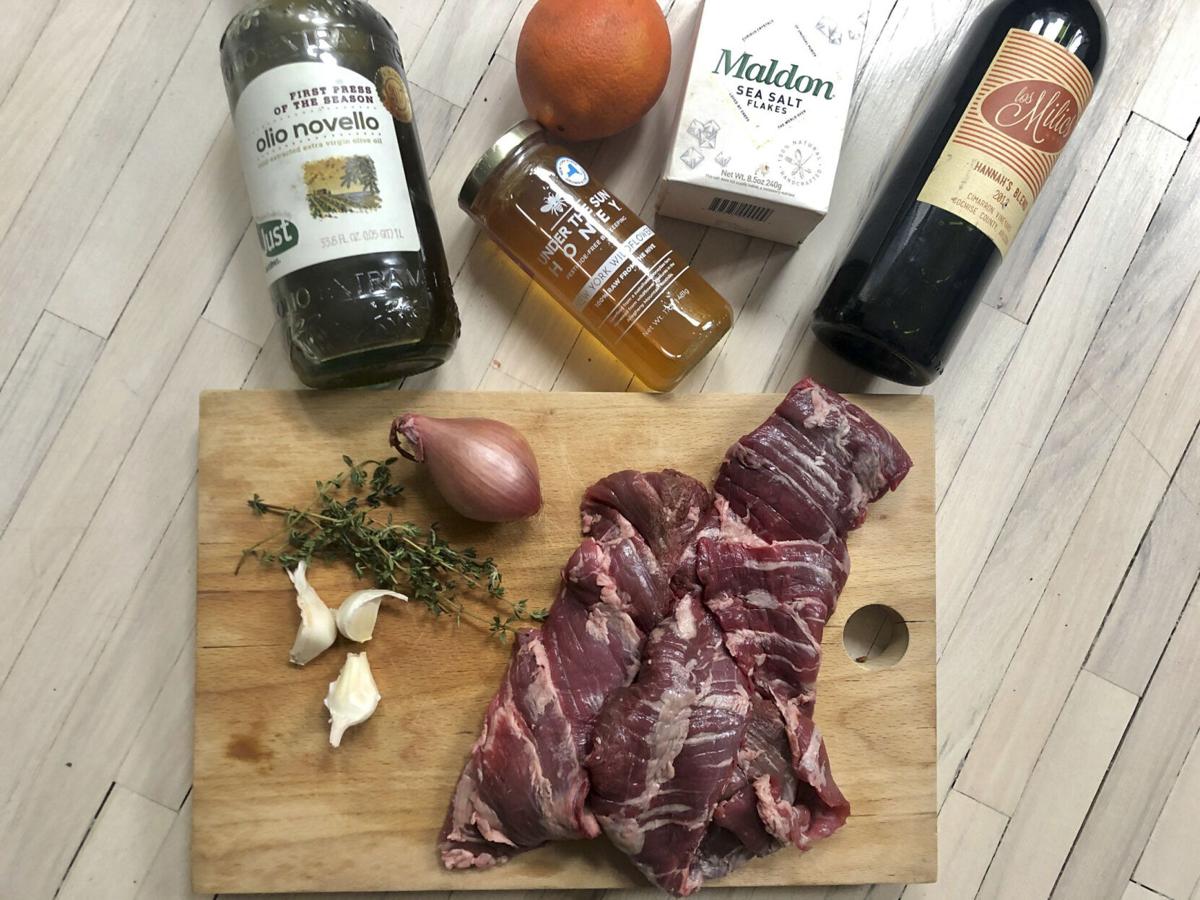 In the wide world of cooking, steak is, ostensibly, one of the least complicated foods to prepare. Fanatics can and will go deep on the subject, but what’s basically required is a hot surface and the aptitude to take it to the doneness of choice with minimal intervention.

And then there’s skirt steak, the simplest of cuts to cook. It’s so thin, it doesn’t require a meat thermometer to check for doneness; even if you wanted to use one, skirt steak isn’t thick enough to accommodate it. Instead, you just count the few minutes until it’s charred, then slice and serve.

Joey Campanaro is a die-hard skirt steak fan. The chef-owner of the Little Owl on a scenic West Village corner in New York favors it for its intense, meaty flavor. The cut is from the diaphragm muscle in the chest area, near the liver, which adds a powerful hint of iron.

He also appreciates it from a practical standpoint. Because his restaurant and kitchen are tiny, Campanaro likes the ease with which skirt steak is prepared; the meat cooks speedily over fire and then is sliced and ready to go. This makes it a great, unfussy dish to prepare at home. It’s good for dinner, says Campanaro, while working well for lunch or brunch, too. “It’s not the heaviest of steaks, but it satisfies that crave,” he says.

What makes this skirt steak recipe compelling is the sangria-styled marinade Camparano prepares. Studded with orange slices, the red wine mixture includes garlic and shallots that flavor the meat; the acidic wine and citrus also tenderize the beef, making the cut cook even faster.

Another ingredient with benefits is honey: Besides infusing the steak, it enhances the cooking. “It’s the honey that accelerates the caramelization of the meat and gives it that excellent char,” Campanaro says. The result is a tender but chewy steak that has the perfume of red wine with an underlying sweetness.

The marinated skirt steak is featured in Campanaro’s new Big Love Cooking: 75 Recipes for Satisfying, Shareable Comfort Food, with Theresa Gambacorta (Chronicle Books: $30). While the book includes recipes for such destination dishes as the Little Owl pork chop, it is fundamentally a love letter to his heritage.

Campanaro devotes a chapter to the crafting of a major Italian American Sunday supper like the ones he grew up among in South Philadelphia. Included in that feast are Sunday gravy stocked with meatballs, braciole (steak-wrapped, cured meat), as well as country-style ribs, Italian sausage and pigs foot for special occasions. The recipe goes on for four pages and includes a sidebar on the importance of “stirring the gravy.”

But the chef, who also trained with the illustrious Jonathan Waxman, doesn’t think the amount of time spent cooking defines the importance of a dish. “It can be Sunday gravy, it can be a skirt steak. Just make food that you want to share.”

Preparation: In a nonreactive bowl or pot large enough to contain the marinade and the steak, combine the wine, honey, orange wheels, shallot, garlic, thyme and olive oil. Place the steak in the marinade, cover tightly, and refrigerate for at least 6 hours and no more than 12 hours.

Remove the steak from the marinade and cut into it 6- to-8-inch lengths that will fit in the skillet. Season generously with salt and pepper on both sides. In a large, cast-iron skillet over high heat, warm the neutral oil until it shimmers. Gently place the steak in the skillet and cook until the underside is browned — don’t move it or touch it, just let it do its thing — about

Flip and cook until the other side is browned, too, for an additional 1 to 2 minutes, depending on the thickness of the steak. Transfer to a plate and let rest for 7 to 10 minutes before slicing it, so the juices don’t leak out.

Slice the steak against the grain and transfer to a serving platter. Sprinkle the steak with Maldon sea salt flakes and additional pepper, if you like.