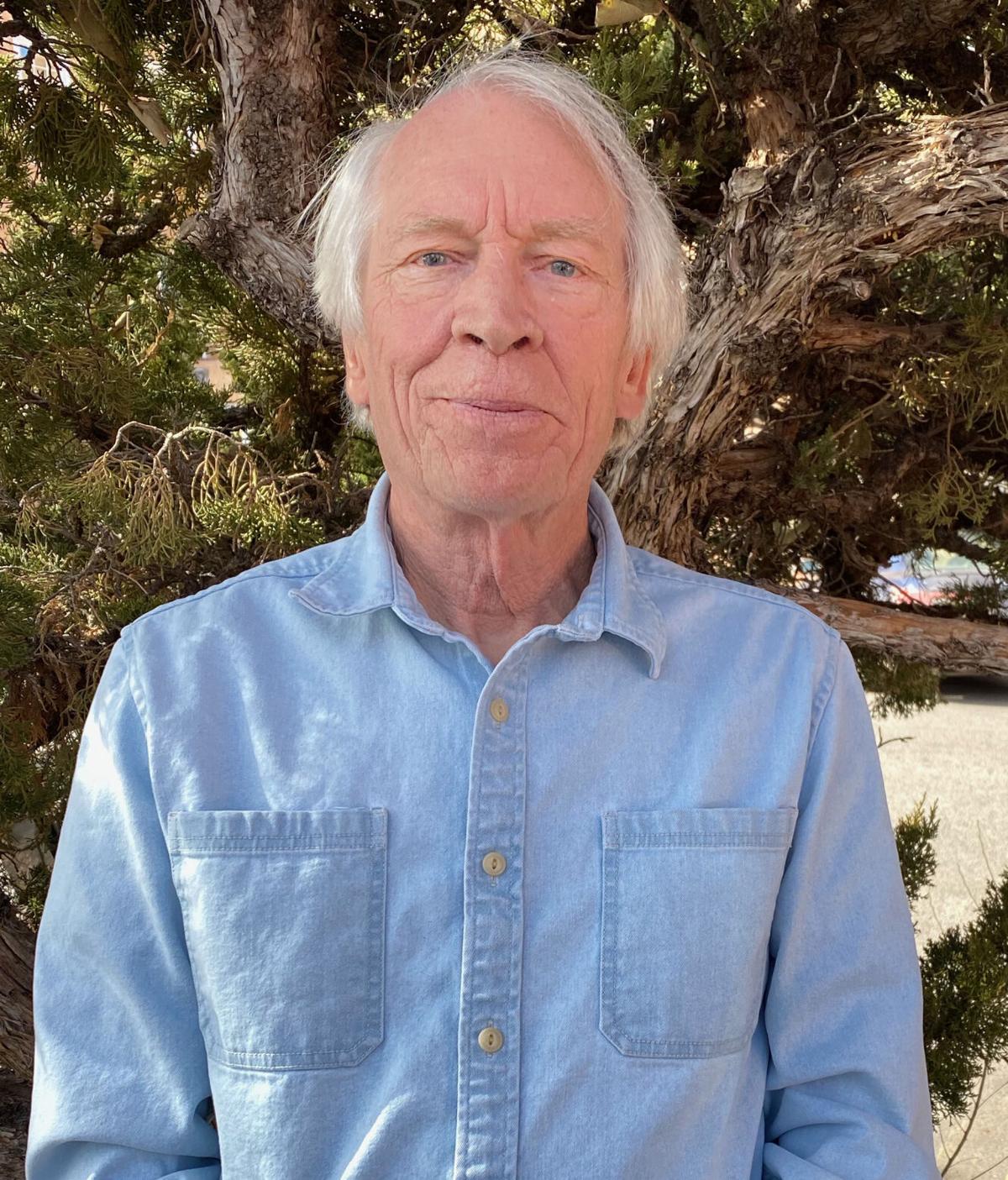 Paul, leaving The New Mexican after 24 years, despite the protests of his co-dependent columnists 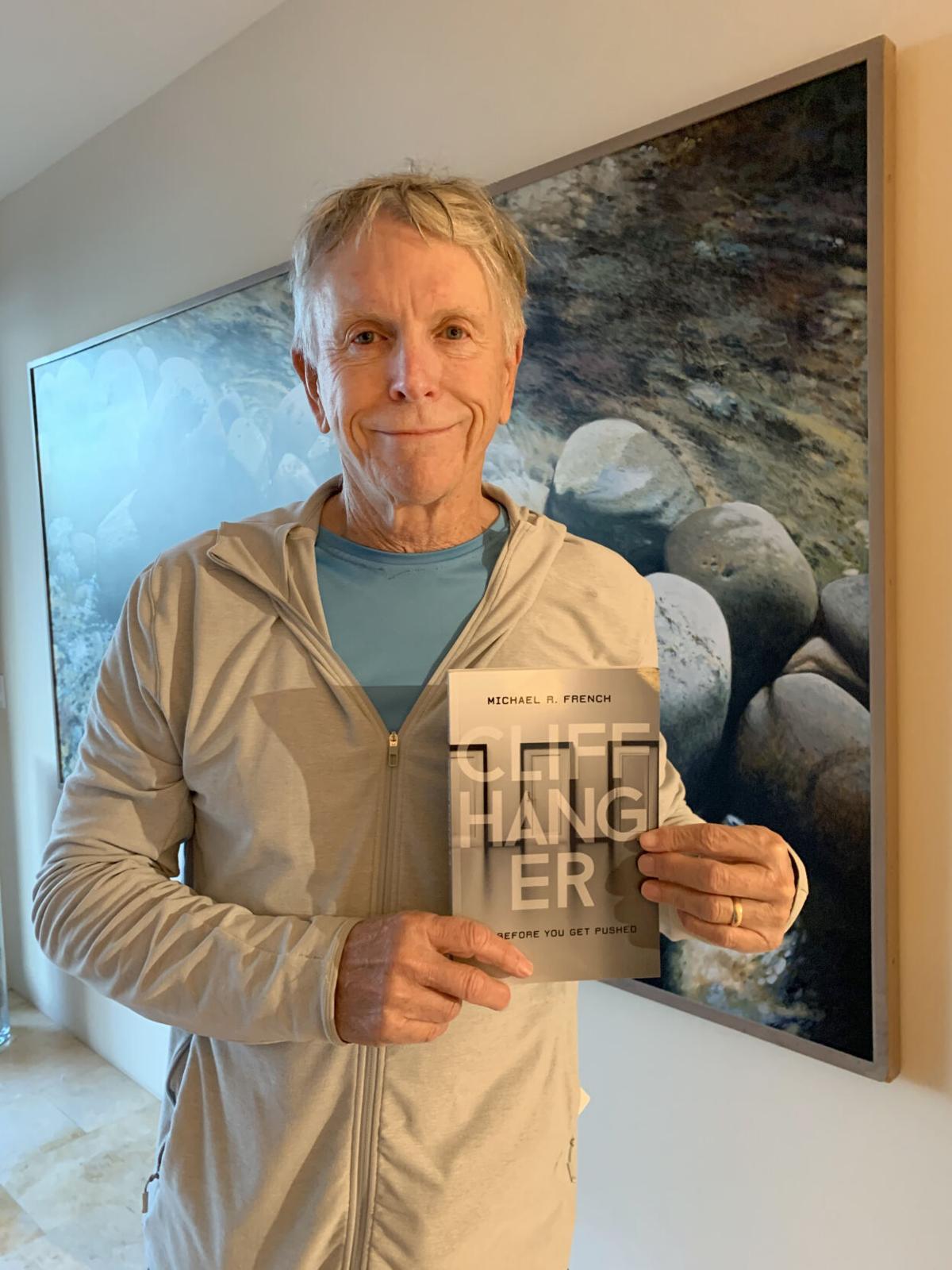 Michael R. French at a reading of his latest book, Cliffhanger: Jump Before You Get Pushed

Paul, leaving The New Mexican after 24 years, despite the protests of his co-dependent columnists

Michael R. French at a reading of his latest book, Cliffhanger: Jump Before You Get Pushed

Well? Did it come in like a lion? Any bets on how it will go out? A week from today is the Ides of March, and who knows what event will make history this year? We do know that the bad luck started a long time ago when Julius Caesar was assassinated on the 15th in 44 BC. Before that, the Ides of March was marked by the festival of the Roman deity Anna Perenna. Lambykins, Anna was the deity of the circle or “ring” of the year (thus the term “per annum”). It was a raucously happy day of feasting and drinking with all kinds of offerings made to her “that the circle of the year may be completed happily.” Pumpkins, leave it to a powerful guy like Julius to marginalize her festival. Since his demise, there’s been a forewarning of possible bad luck on the Ides. Two historic events that caught my eye were noted in the March 2010 issue of Smithsonian, under Top Ten Reasons to Beware the Ides of March.

March 15, 1971: CBS canceled The Ed Sullivan Show. Egads. No more introducing us to new acts and artists such as Elvis, The Beatles, Barbra Streisand, The Supremes, The Rolling Stones, The Band, Janis Joplin, The Jackson Five, The Mama and Papas, and on and on. Possums, Sunday evenings would never be the same.

History continues to be made today, Cupcakes, even though it’s only the 7th. This issue of HOME/Santa Fe Real Estate Guide is my editor’s Swan Song. Paul Weideman is retiring from The New Mexican. When he relayed this frightful information to us (“his” columnists), a couple of weeks ago, I fell to the floor in dismay, which is an exaggeration, Lollipops, but it’s what I would’ve done had I not been afraid of really hurting myself.

I quickly sent him a rather frantic email with the plea, “What will I do without you?” somewhere in the text. I didn’t mean that literally, of course, but it’s true that we’ve been together since he was hired by the newspaper to be editor of this monthly magazine and soon to become a staff writer for Pasatiempo. That was 1997.

Many changes occurred over those 24 years, but two things remained constant — Paul, the editor, and Oakley, the columnist. People have come to rely on his monthly interviews with various members of the real-estate community, and they look forward to his architectural description and commentary on the particular property featured that month on the cover of the magazine. He has won myriad awards, both locally and nationally, for his editorial skills. Sugar Lumps, he’s kind of the Meryl Streep of the newspaper kingdom.

Paul has worked as a journalist since 1984, starting out as news editor for a paper in Snoqualmie, Washington, moving to New Mexico to be the features editor for the Los Alamos Monitor, then taking this job in Santa Fe with The New Mexican. Now, who knows, but once a journalist, always a journalist, so I am quite certain Paul’s name will be popping up again and again, either at the beginning or end of something newsworthy. In the meantime, Butter Beans, when I need a Paul W Moment, I can content myself with his book, ARCHITECTURE Santa Fe: A Guidebook, aptly described on the back cover as “an immersive journey into the past, present, and future of the oldest capital city in the United States.” His expertise at The New Mexican will be missed by so many of us, but his departure from the paper reminds me, once again, that the one constant thing in life is change. So, Kittens, I have to put my big girl panties on and deal with it. Dang.

My next author is Michael R French. Michael is an energetic thinker and a lover of lively discussions, and is passionately involved in the politics around the globe. He thinks that a good grasp of history (which Michael definitely has) is vital to understanding what is shaping the world we live in, and how we fit into the vast scheme of things both now and tomorrow. His creative writing skills and his master’s degree in journalism have helped him hone his talent in writing (and publishing) some 20 titles — young adult fiction, adult fiction, biographies, self-help books and screenplays.

Everything he produces has an entertaining story with a deep and compelling underlying message. Which shows up, naturally, in his latest book, Cliff Hanger: Jump Before You Get Pushed. Dearest Readers, perhaps you joined the Jean Cocteau Cinema’s Virtual Author Event last January and you heard Michael discussing Cliff Hanger. The gist of the story is thus: In 2030, viruses, spy drones, terrorism and joblessness have eroded American optimism. People want something to believe in. As demonstrated in a Midwest high school election, politics have taken on the inflexibility and dogma of a new religion. Only true believers will survive and prosper. Or so they think.

There, Creampuffs, that should pique your interest. Michael is not only an author, he is also the father of two adult children, an avid high-altitude mountain trekker, and a collector of first editions of 20th-century fiction. But he is most famous in Santa Fe for his long business career in real estate, having been a partner with his wife, Pat French, in French & French Fine Properties, the prestigious boutique agency that is defunct but never forgotten. And now you know... the rest of the story.

So long, Sweetpeas. Until next time... Oakley