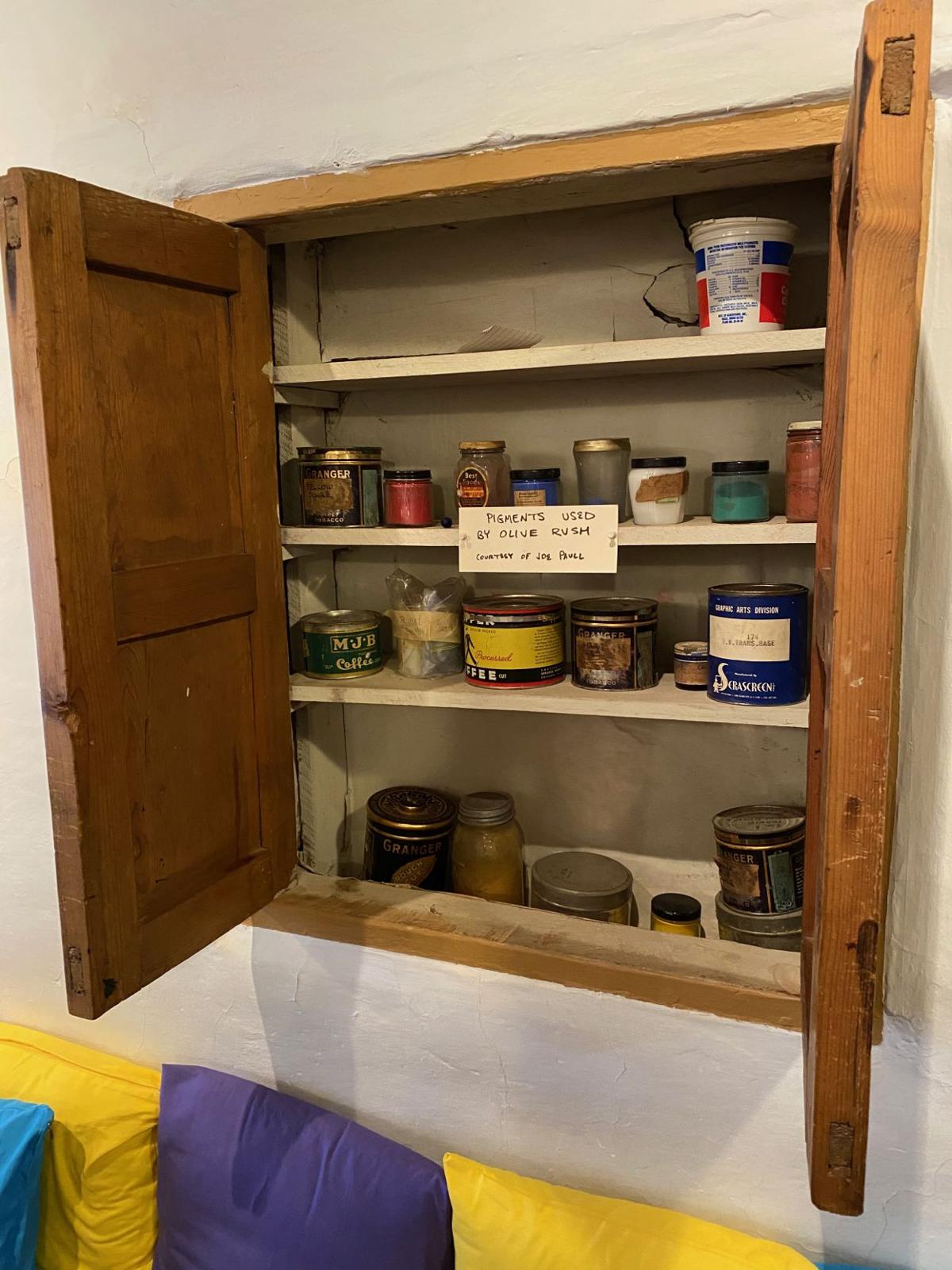 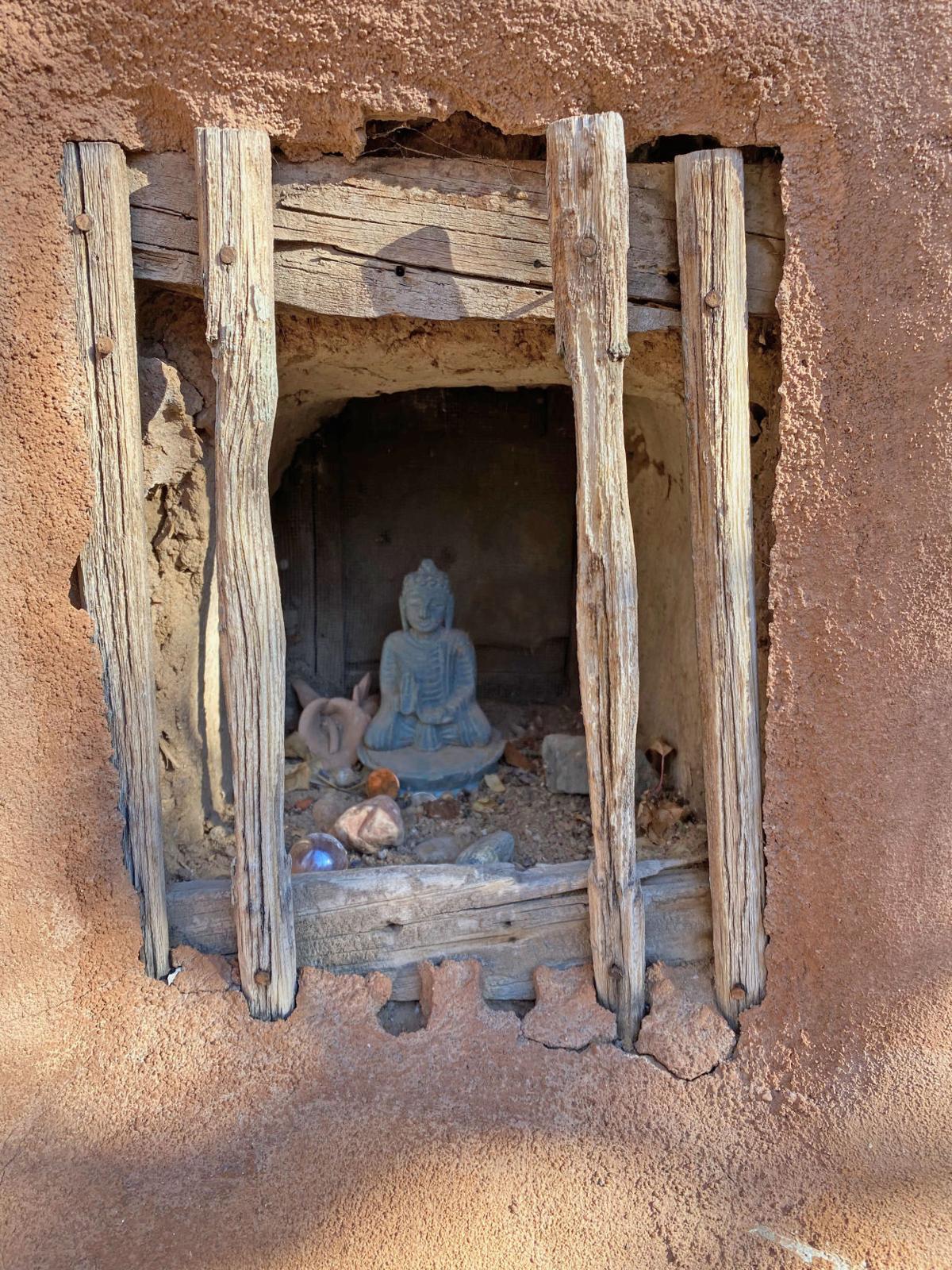 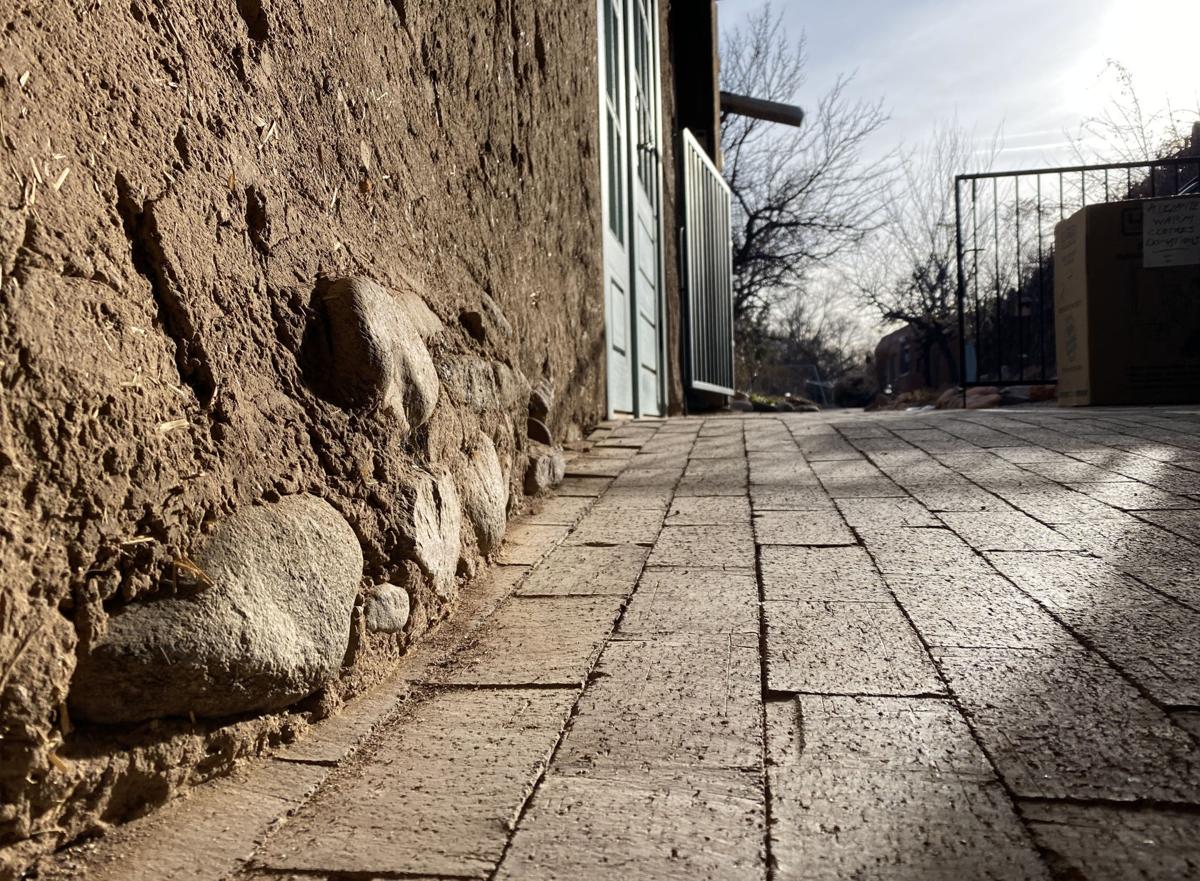 Some of the house’s foundation cobbles are visible 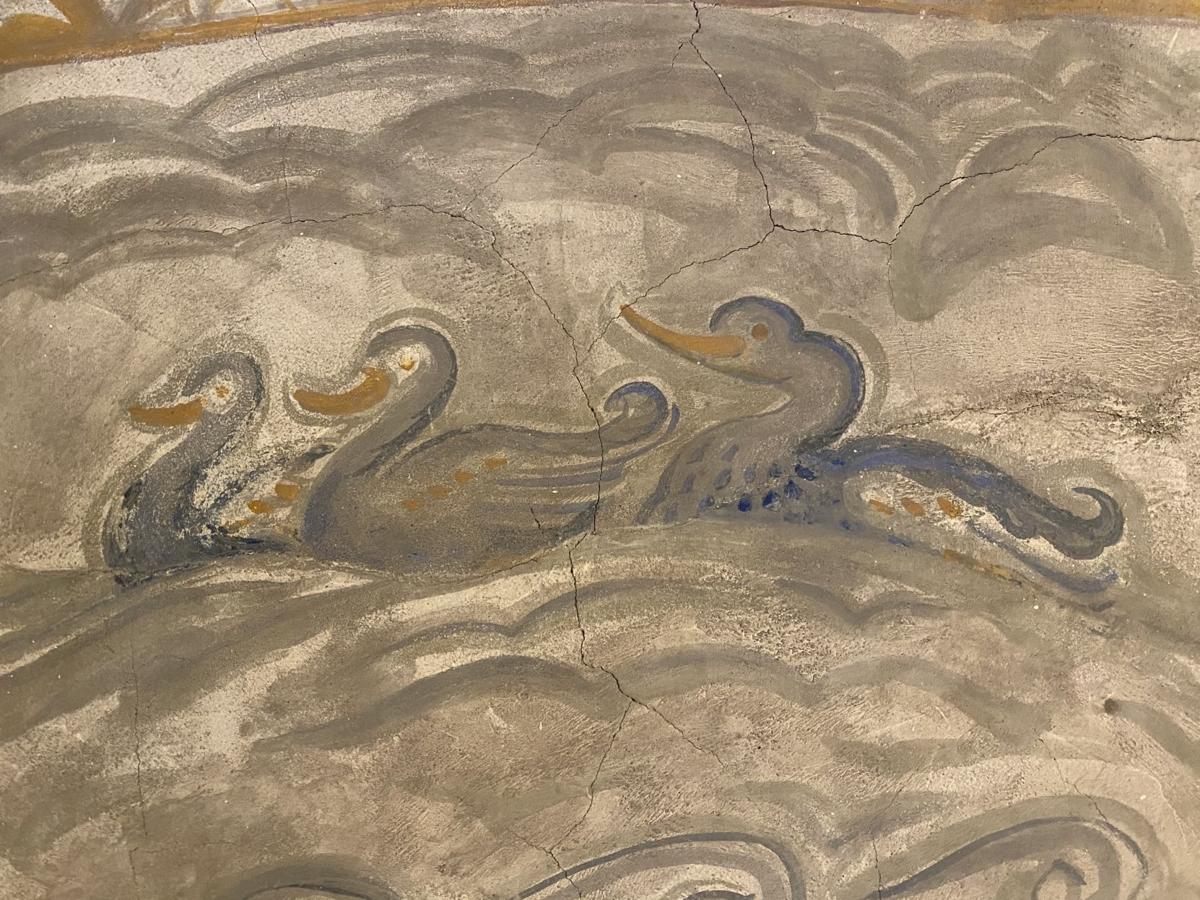 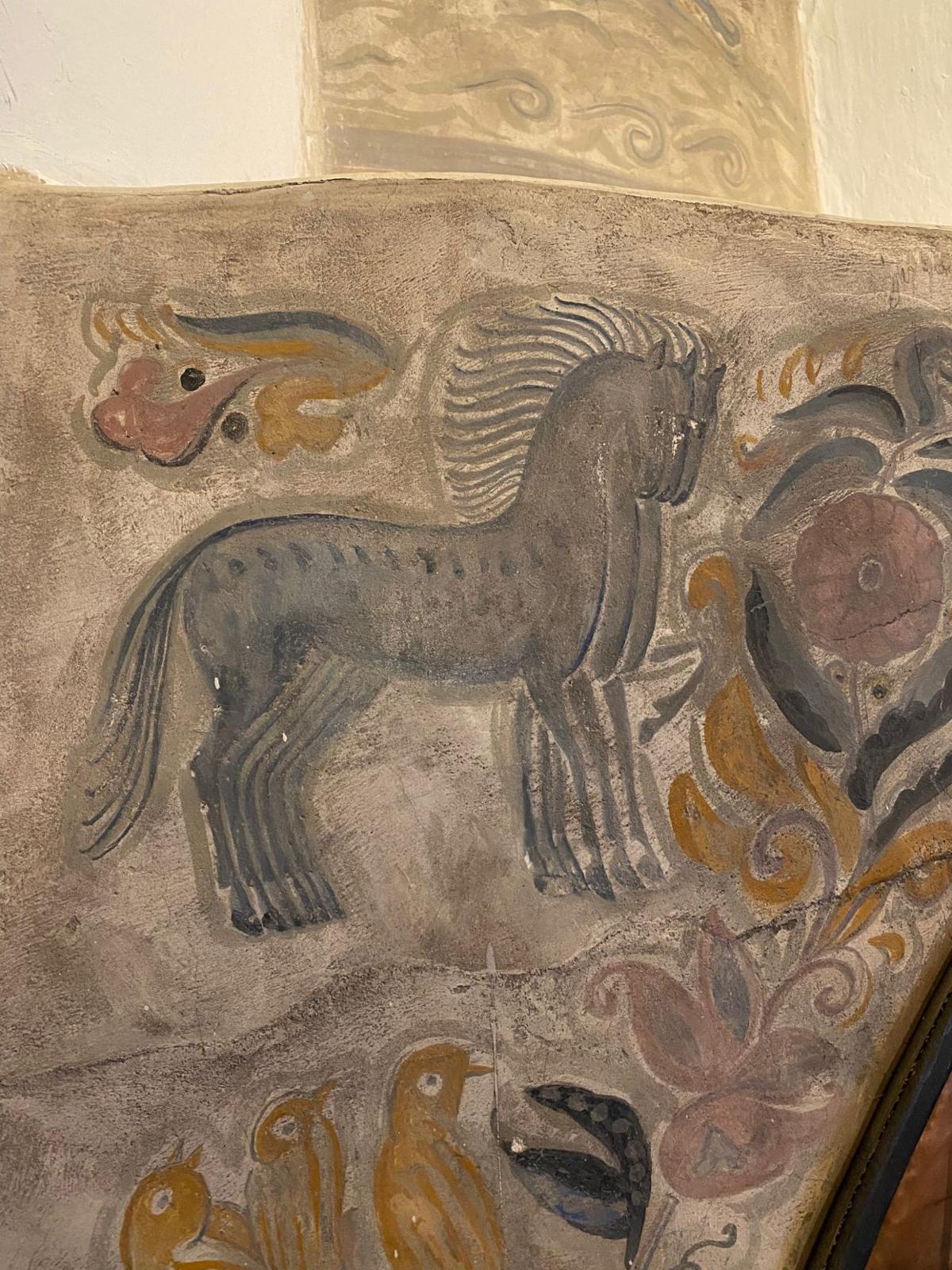 Painted horses on the fireplace 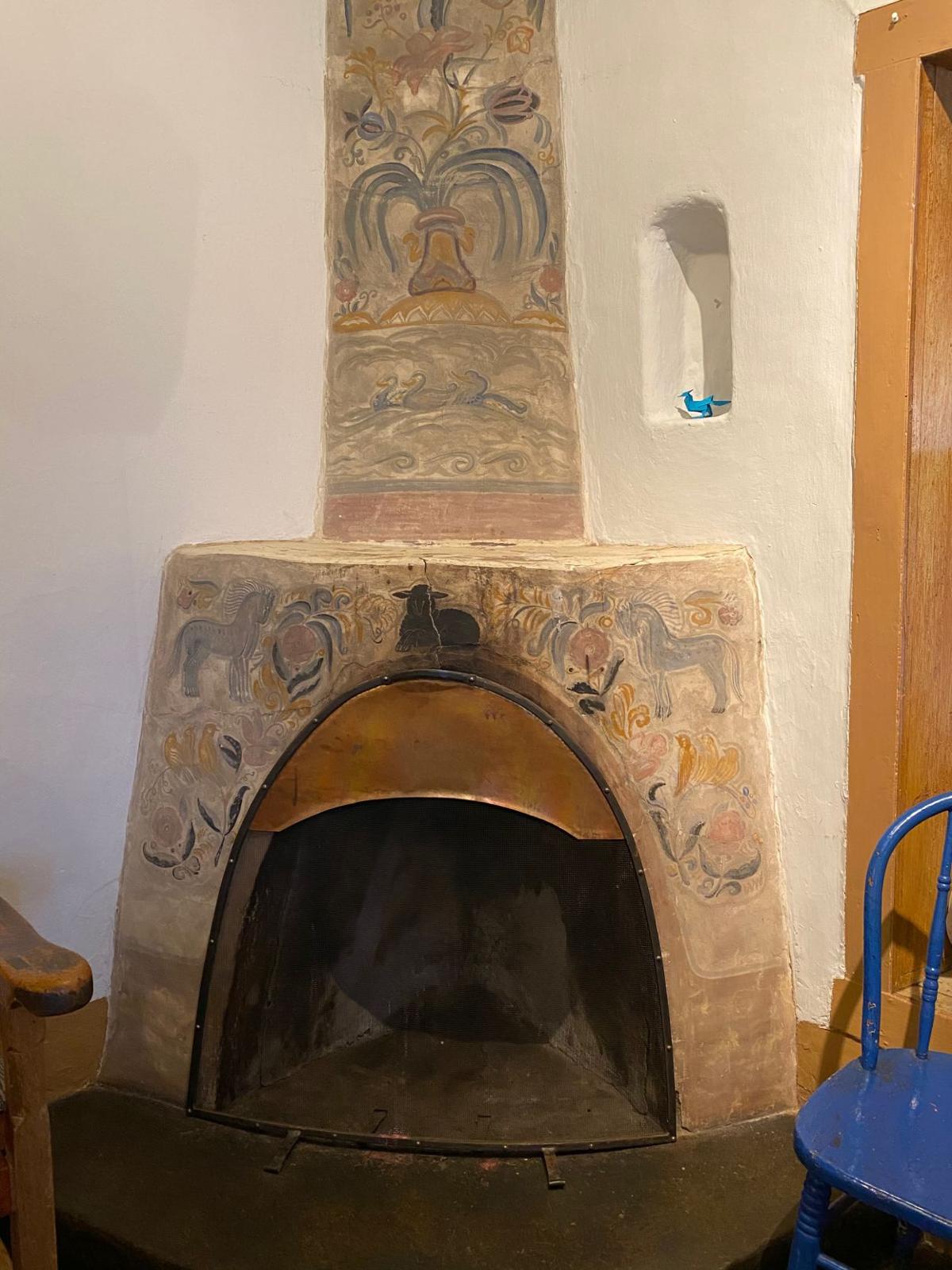 Olive Rush painted this fireplace in her studio, now the Friends meeting room 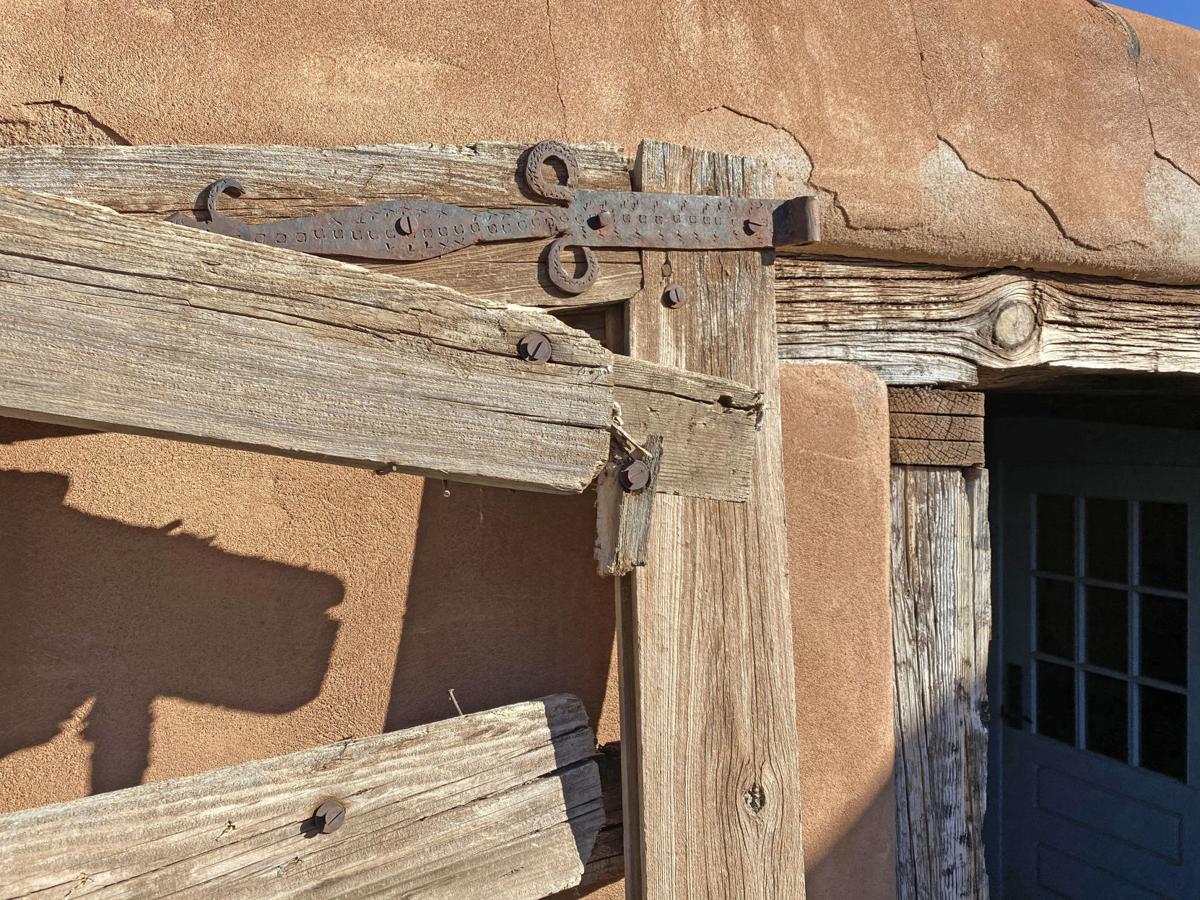 Remnants of the original carport gate 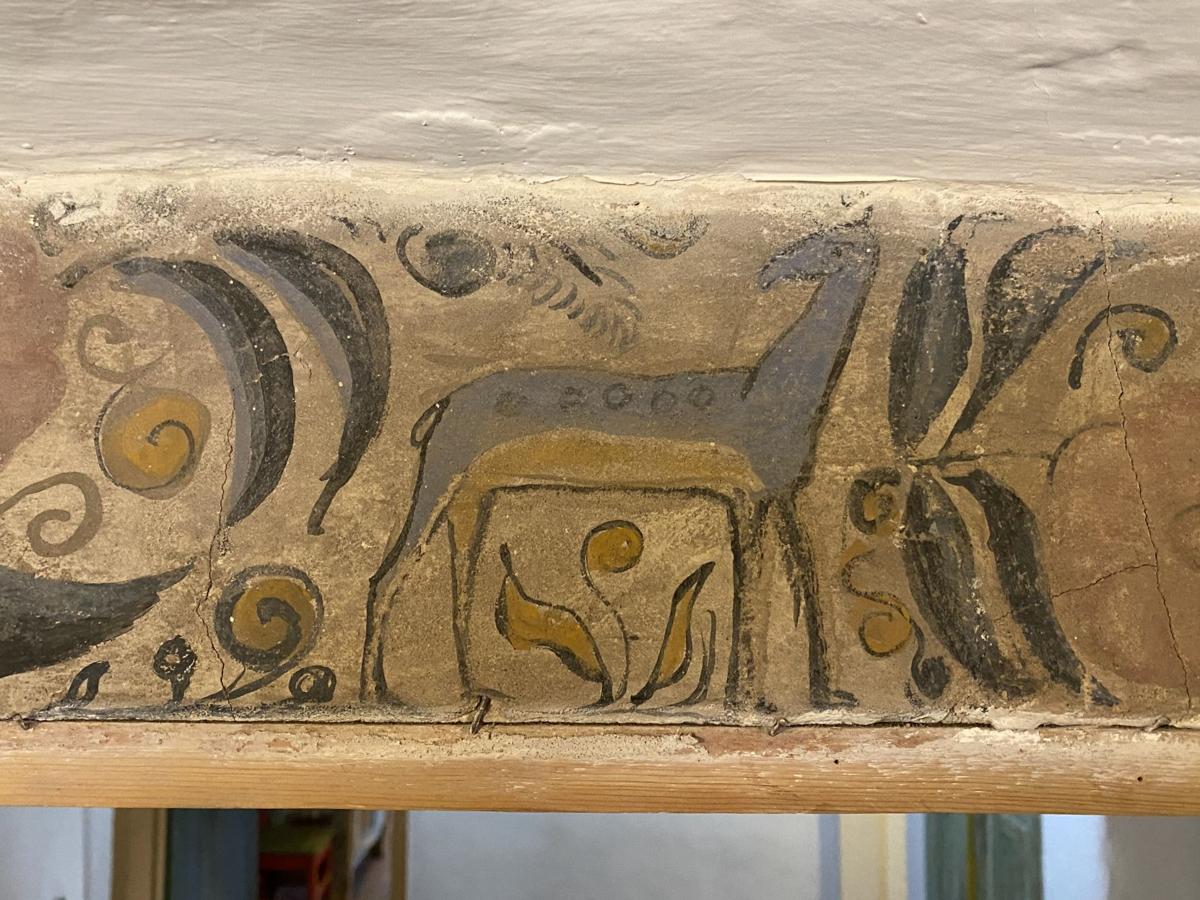 Detail of a painted beam in the Olive Rush House 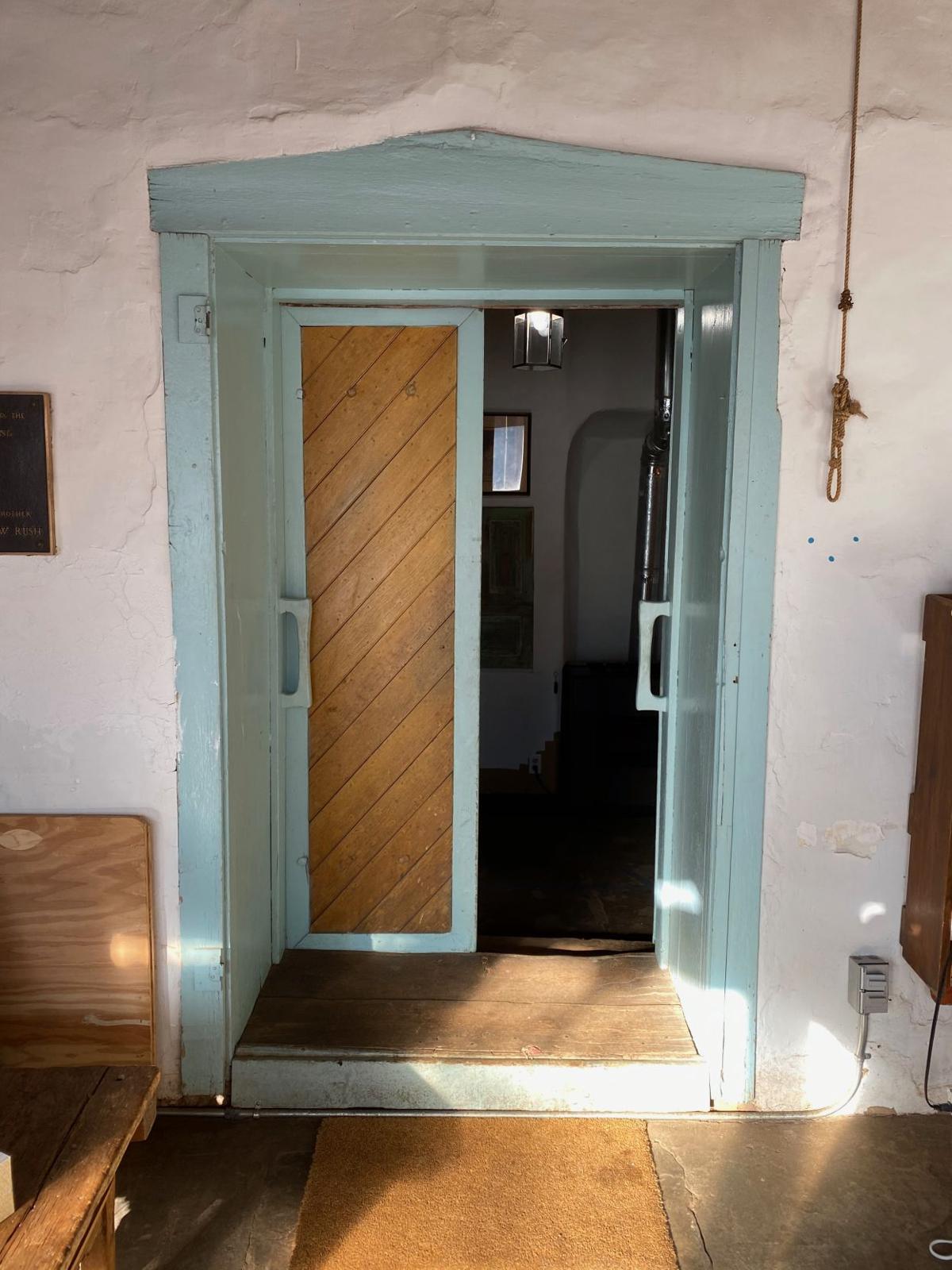 Some of the house’s foundation cobbles are visible

Painted horses on the fireplace

Olive Rush painted this fireplace in her studio, now the Friends meeting room

Remnants of the original carport gate

Detail of a painted beam in the Olive Rush House

The house at 630 Canyon Road is one of the historic gems of Santa Fe. Originally owned by the Sena and Rodríguez families perhaps as far back as 1850, it was the home of the renowned artist Olive Rush from 1920 until her death in 1966. Since that time, it has been the Santa Fe Friends Meeting House.

Much of the credit for the home’s preserved state “is due to the Quakers’ valuing simplicity and the pace at which they move,” said Bettina Raphael, a conservator and Quaker, who has spent the last couple of years delving into Rush, and the house.

The old adobe farmhouse was still surrounded by fields of corn and alfalfa when Rush bought it one century ago this year. “Its thick adobe walls, deep side portál, and charming back garden are all typical of the period,” according to the Historic Santa Fe Foundation.

Rush purchased the property from William J. Barker and Ruth Laughlin Barker for $700. She then set about changing the house — what was probably a 5-room Spanish vernacular adobe house — for her studio and home, Catherine Colby writes in her October 2019 report A History of the Olive Rush House and Garden.

In her research, Colby found evidence that Rush shopped for building materials at Wood Davis Hardware and Hondo Tie and Lumber Company. She employed a man named Emeterio Garcia to build cupboards and shelves, to pour concrete floors, to apply a finish of yeso (gypsum plaster) on the interior walls, and to build what Rush called a “torreón doorway.”

“One of Olive’s most ingenious alterations was the new entrance,” Colby writes. “She kept or rebuilt the east wall of the original house and created a new passage next to it. This passage then led to the new entrance into her house under the portál at the east side.”

“She was very conscious of keeping it Hispanic, of the period,” Raphael said during a recent walkthrough, “but as Catherine pointed out, Olive was also creative. The carport she built here was apparently a novelty for Santa Fe.”

As is also apparent in the homes of Gustave Baumann and other of her artist-friends, Rush’s house shows her creative hand throughout. One splendid example is the painted fireplace that she started in 1922. “She was practicing fresco, feeling that adobe walls call for it,” Raphael said.

The fireplace painting is still remarkably colorful after a century. Rush particularly admired that characteristic of painting on moist plaster after she saw still-vibrant 150-year-old frescos in the dome of San Xavier del Bac near Tucson in 1914. She also painted on walls in her beloved, parklike rear garden space.

Rush, born in 1873 in Grant County, Indiana, got her start in art early. She remembered two thrills from a day when she was about three years old: one was finally being able to draw a horse, and the other was the encouragement she received from her parents, whose own drawings as Quaker children had been frowned on. Ruth began her career in New York as a newspaper and magazine artist. She studied in Europe in 1910-1911 and in 1913, then first visited New Mexico in 1914.

“She was inspired by El Greco, Chinese and Japanese brush artists, and Kandinsky,” Raphael said. “She was the first serious, acknowledged woman artist to come to Santa Fe and stay. If it hadn’t been for Georgia O’Keeffe, she would be better remembered.”

In Rush’s old studio, there are framed watercolors by the illustrious Hoosier artist hanging on the walls. An alacena-desk still has “inks and glues that she would have used in the 1950s,” Raphael said.

The studio is now the meeting room for the Quakers. Rush was one of the founding members of the Santa Fe Friends Meeting, established in 1948. And in a 1962 agreement, she specified her wishes for the house’s preservation.

“Part of the inheritance and the burden is the original furniture,” Raphael said. “I’ve been designated as head of the collections committee, which is supposed to deal with the materials inside the house, especially.”

The conservator said she is “being tested” by the situation. “Quakers are not necessarily welcoming of my vision of preserving the house with its contents. A large part of the group is fairly new and doesn’t really get Olive Rush, and preservation. And when you think about it, preservation and art are very material.”

An idea that has been in the works for some time is the building of a back-yard meeting space that is larger than what is available for the Friends inside the house. “We have 30 or 40 peoople in a meeting and we are growing,” Raphael said. “And some people resent the age of the building. Others love the space. This possible new building has been talked about for 30 years.”

John Kretzmann has been a member of the local Friends group for more than four decades. “I would say there’s a deep appreciation for the historic character and what it means,” he said. “We love this building. It is a very beautiful building, probably one of the city’s least altered buildings from that time.”

He said the Quakers are working with Santa Fe architect Jan Wisniewski on the plans for the new building. “Whether or not what we have, which is a very conceptual plan, would be acceptable to the city’s Historic Districts Review Board we don’t know. We’ll find out if we get to that point.”

The building is being proposed for the back part of the property, which now has a mulberry tree and a swingset. The front and central areas of the yard are populated by paved pathways, benches, and lovely landscaping. Rush cherished her gardens.

“One of the things we’re struggling to balance is the children in what we call First Day School, which is equivalent to Sunday School. They love the garden.”

In a discussion about preservation and possible changes, the reporter mentioned the middle room in the house that has a “ceiling” of paper tacked on to the vigas. “There is still dirt on the roof,” Kretzmann said. “We’re reluctant to remove it because we have heard that the vigas may rebound and then the whole building has to re-adjust with a different weight regime. So we still get dirt trickling down.”

Kretzmann is a civil engineer who recently retired after 27 years in charge of the state’s abandoned mines program. “I first came to the meeting here in 1977. It really has a place in my heart. And I’ve been on the Building and Grounds Committee for most of that time. I helped apply some of the stucco.”

The exterior stucco job in the late 1970s was one of just three modifications that the Friends have made to the house since 1966. The second was the 1992 enclosing of a portál with seasonal window panels for both security and weatherproofing. The third change was addressing handicapped access in 2002; the only external change was the addition of a wheelchair-friendly entrance in the carport.

The substantial debate — how necessary is the new building, and how drastic a change would that be to the historic property — is not the only ongoing challenge.

“Some think we should take all of Olive’s paintings down and it would be a better place for worship. Quakers have an old tradition of plainness,” Raphael said. “If your value is on spirit, what do you do with the material, then? It’s a conflict, and it’s irony that the Quakers should be burdened with this historic wealth.”