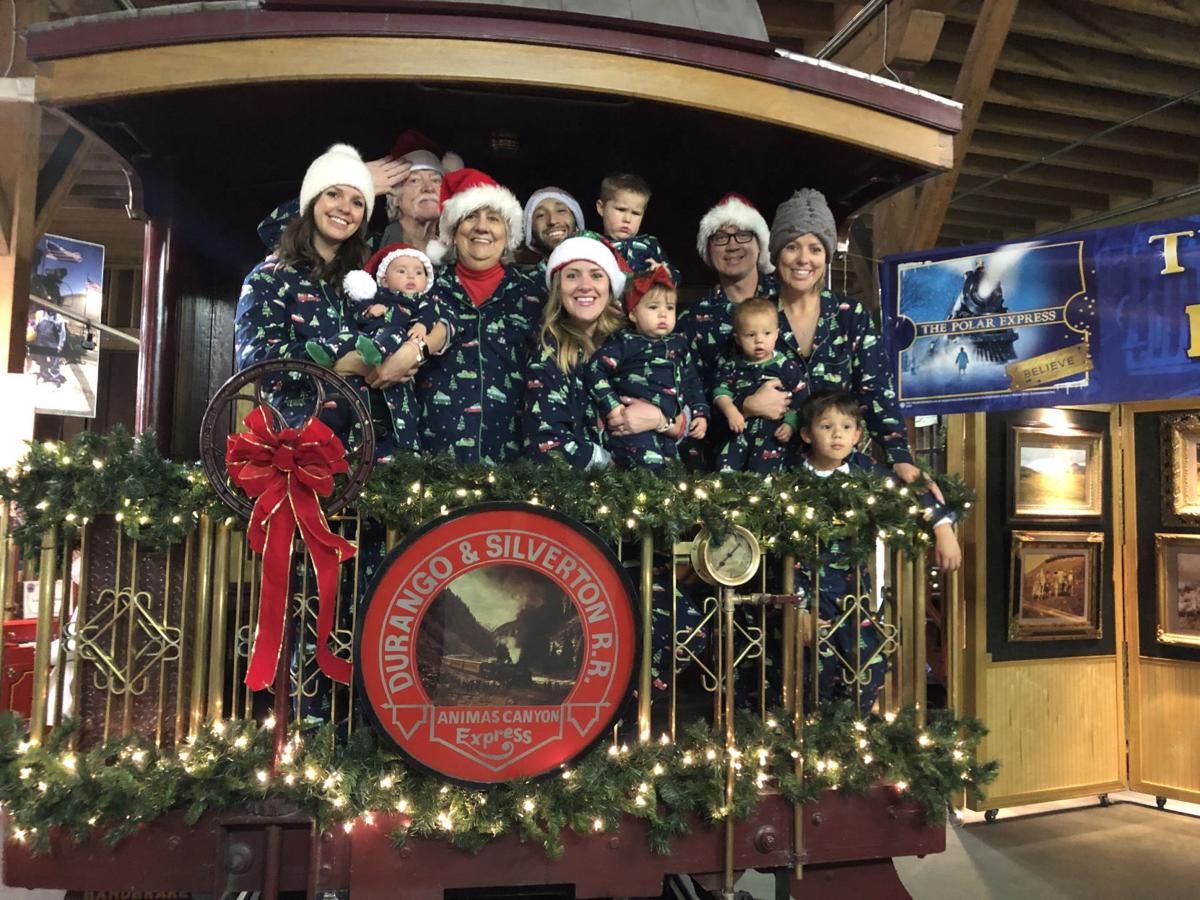 The whole Proctor clan in one place, on the Polar Express 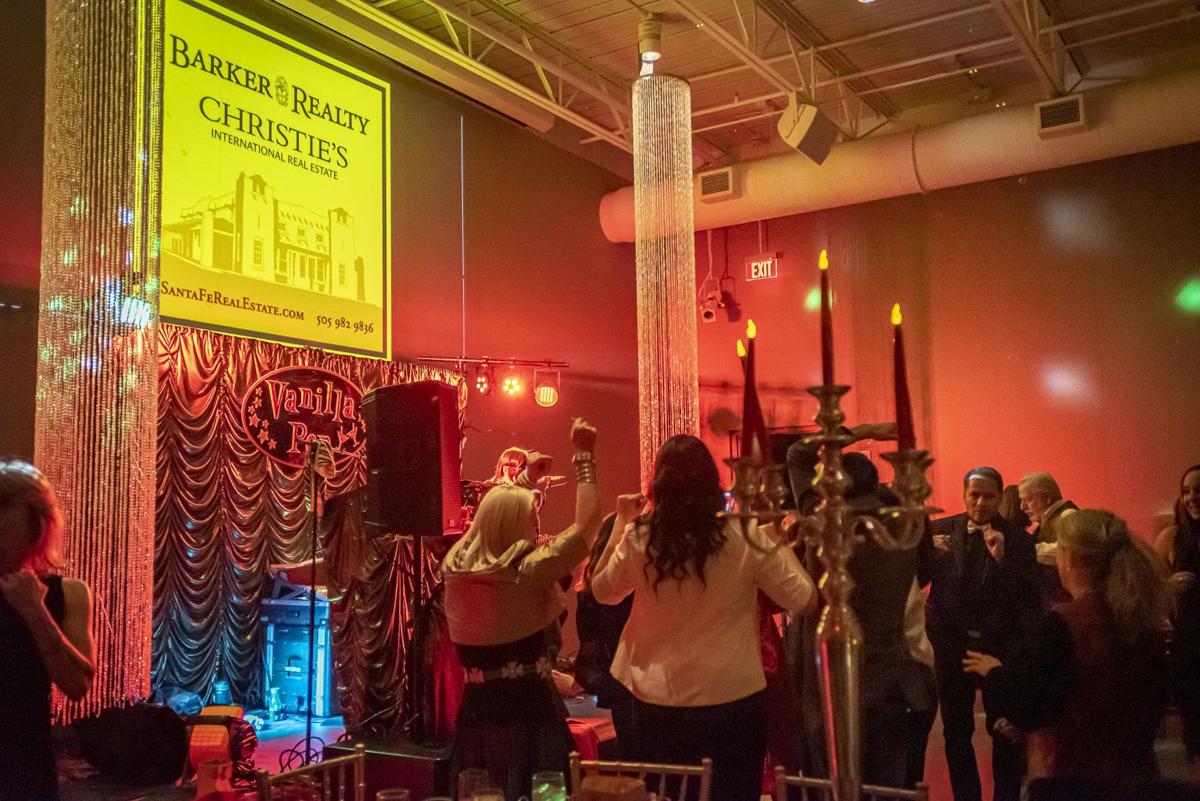 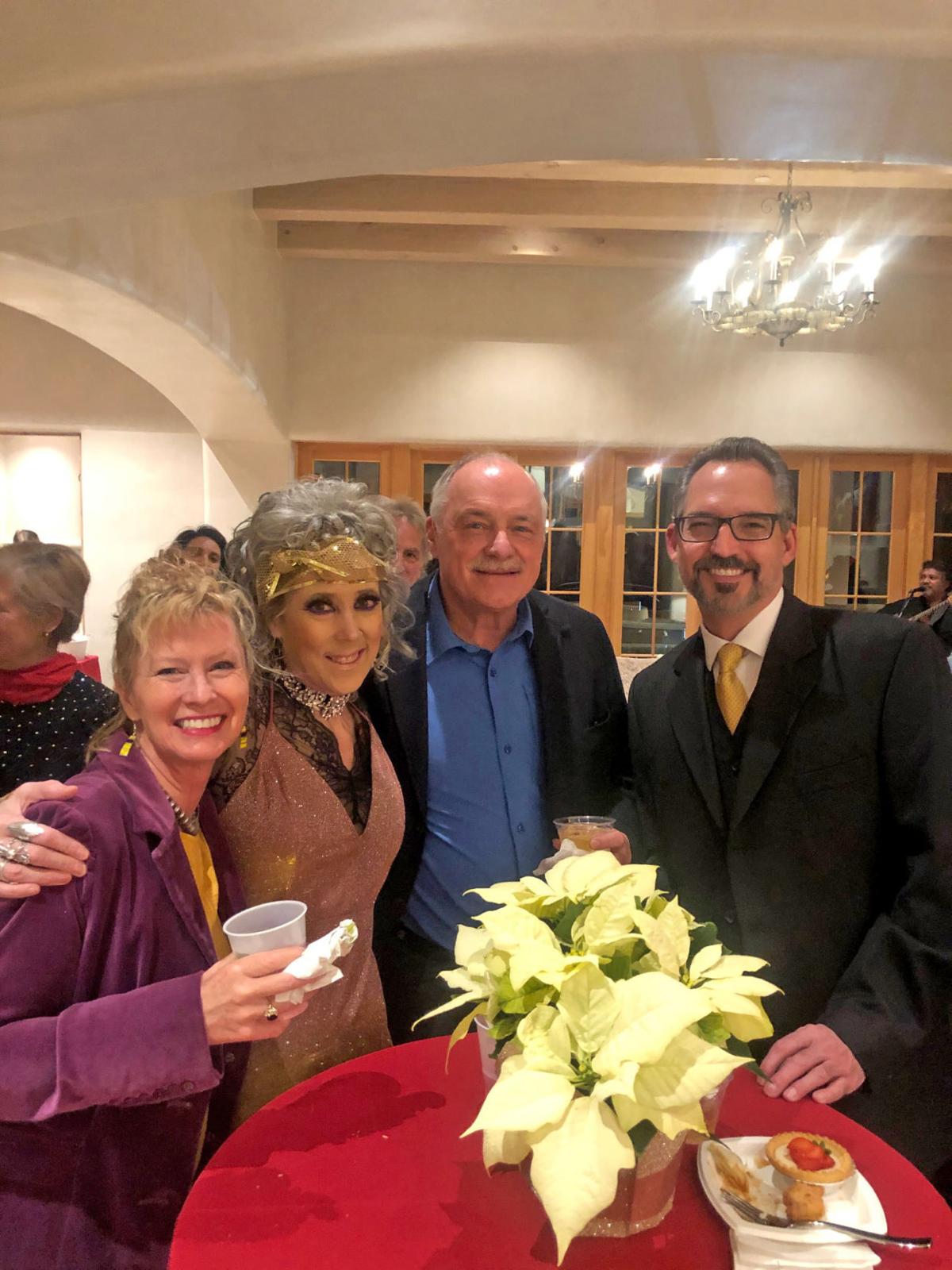 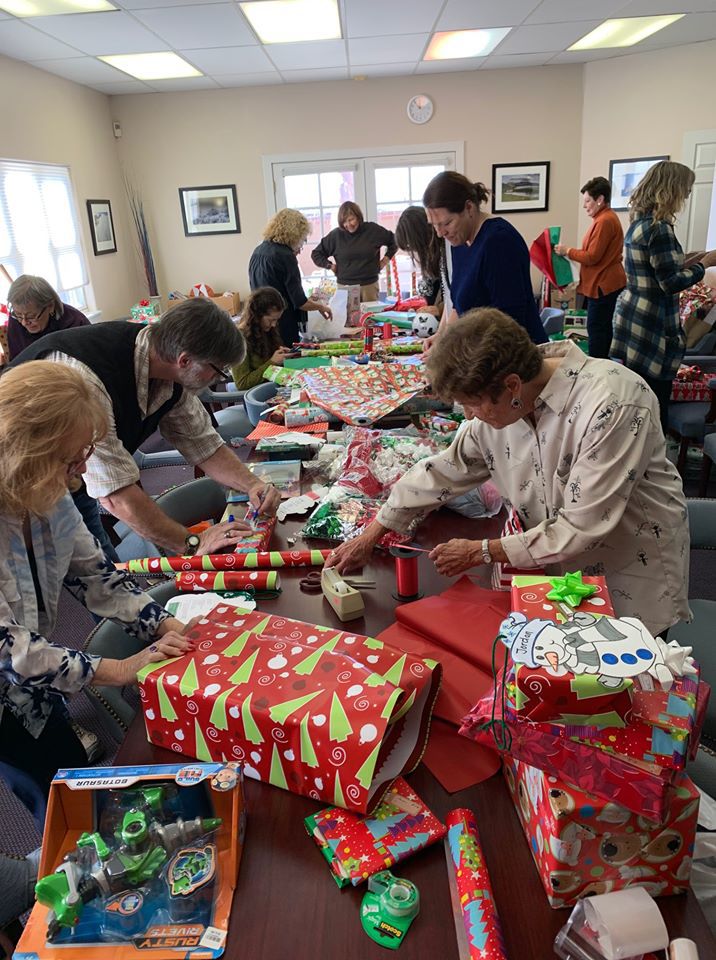 In December at CBTW, it’s a WRAP 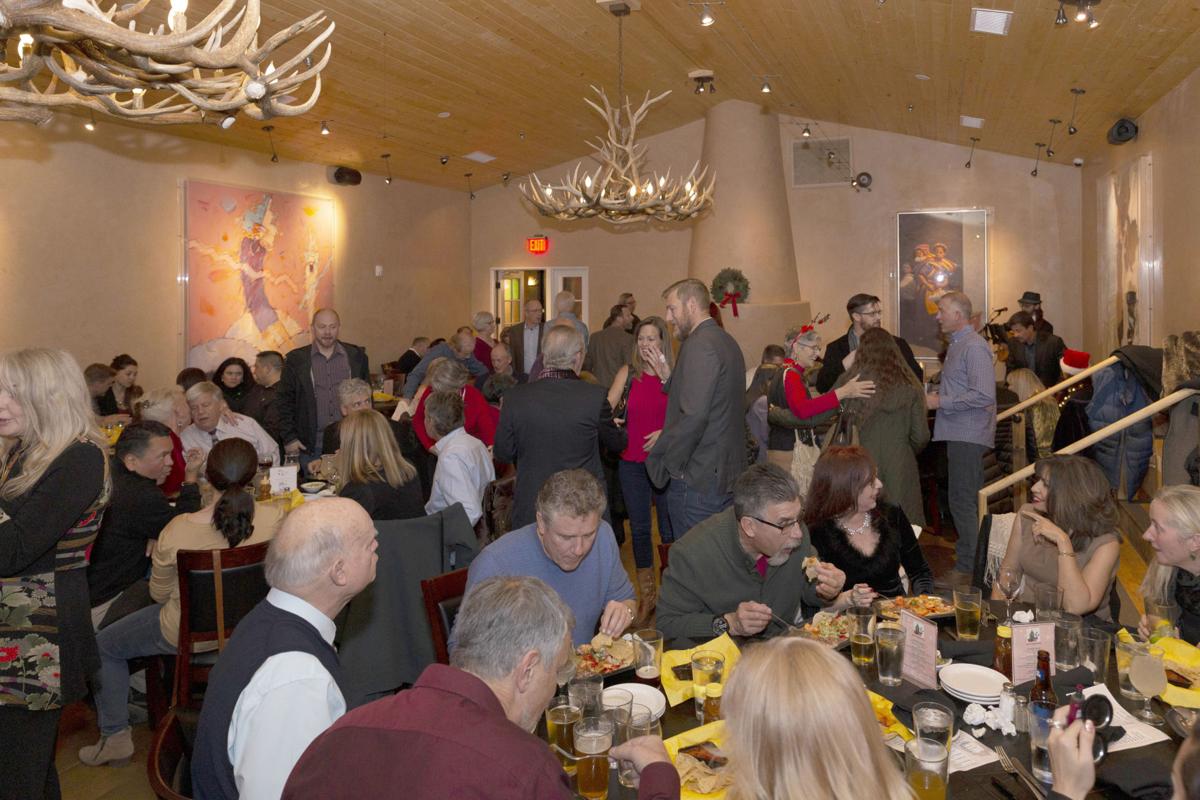 Santa Fe Properties in the new party room at Maria’s 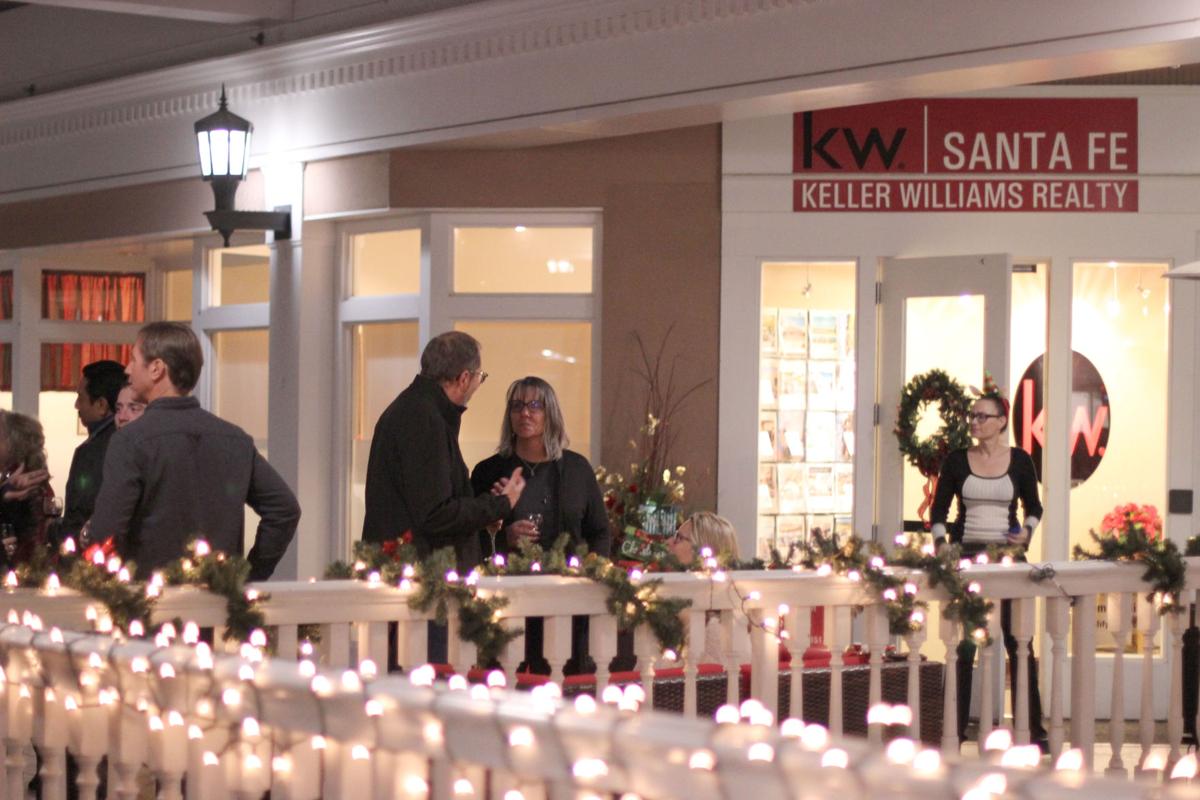 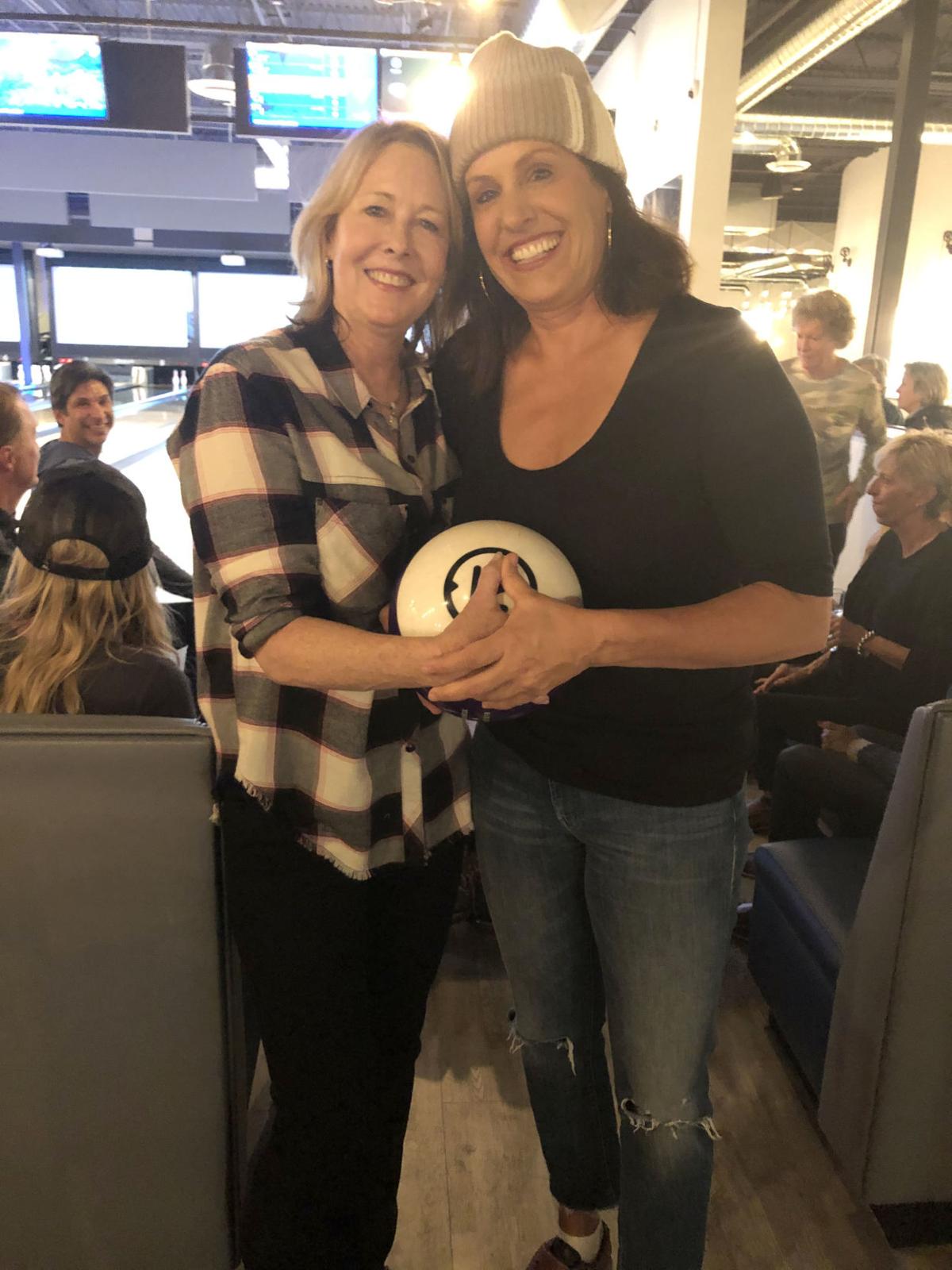 Liz and Mary representing KW... for the love of bowling

The whole Proctor clan in one place, on the Polar Express

In December at CBTW, it’s a WRAP

Santa Fe Properties in the new party room at Maria’s

Liz and Mary representing KW... for the love of bowling

Here we are, in the year 2020. It sounds so Brave New World, doesn’t it. Sometimes, I think I might be living in a dystopian novel. When that happens, Kiddos, I simply turn off the news and step outside to catch the last minute or two of another blood orange sunset provided to me compliments of New Mexico in Winter.

Crumbcakes, since today is my birthday, which is always a day of reflection for me (mmm, except when I’m kicking up my heels kinda like in that old song, “José Cuervo, you are a friend of mine”), I like to look back on 2019 and think about my favorite subject—Realtors and their unusual habits. For instance, Michael French (the other half of Pat French) celebrated his 75th in Tasmania on December 2nd. I can’t help but wonder who he was more surprised to see in his hotel room that day—his whole family who joined him, or the two uninvited kangaroos who joined them?

Another kind of milestone was celebrated by Marilyn Proctor (owner, Adobe Destinations by Proctor Management, Inc.) last year. 2019 marked forty years since she and her husband, Daryl, opened Proctor Management. Moving here from New York in 1973, she cut her teeth in the real estate biz working in the offices of pros such as Ralph Brutsche and Frances Florsheim (both now deceased). That background gave her the confidence to open her property management office in 1979. And, Babies, she’s still going strong. Today her son-in-law, Patrick Herrington, is part of the management team. Since Marilyn and Daryl have three daughters, a couple of sons-in-law and five grandchildren, Adobe Destinations by Proctor Management could be around for many generations to come.

Video Library is another Santa Fe institution, celebrating their thirty years in the biz with the Vid’s Holiday Event and Silent Auction at Tiny’s on December 3rd. Puppies, they proved they still had star power, because the place was jammed with enthusiastic supporters who were laughing and loving the enchiladas, the entertainment and the myriad collectables up for bid.

2019 brought an old favorite back to Santa Fe—bowling. Not since Silva Lanes on Rufina (where Meow Wolf is now) closed in 2009 have we had access to this fun sport. The Alley Lanes and Lounge in Devargas Center offers something for everyone: twelve regulation size lanes, bocce ball courts, pool tables, shuffleboard AND a restaurant/bar. Munchkins, I go in the restaurant/bar, sit at a bistro table looking onto the bowling lanes, have a drink and watch people like Liz Sheffield and Mary Guzman (Keller Williams) bowl. You might be interested to know that they’re pretty good.

December was the month for many holiday office parties. Several real estate offices had their parties on Saturday, December 14th, so it’s smart (and lucky) that they all chose different venues. Otherwise, Dear Hearts, who would know who should pick up the tab?? Santa Fe Properties had theirs in the new party room at Maria’s. As popular as that new addition is, I should think that SFProps would get first dibs on the space, since Jerry Peters owns both the real estate company and the restaurant. But, Sugar Plums, let’s think about this. What if, by some colossal error, another real estate company had booked Maria’s new room for their party on that same night? Mon dieu, what then? In that scenario, Dumplings, it seems to me Jerry would’ve had to do something big for Santa Fe Properties, like buy the Santacafé. Or the Compound.

Yes, probably so, because Coldwell Banker had already reserved La Casa Sena for their party on that same night, December 14th. They wanted to be in the Cantina, where the wait staff sang to them, and where their singing Qualifying Broker, Beverly Chapman, crooned (beautifully, I might add) a few sentimental Christmas songs. A week before that, CBTW had had their most meaningful holiday party, their WRAP party. For many years, CBTW has partnered with the Children Youth and Families Department (CYFD) to sponsor children in the foster care system. Everyone in the office, Realtors and staff, sponsors a child, with the goal of fulfilling the items on each child’s wish list. The WRAP party is just that—wrapping the Christmas presents. Honey Buns, as we all can attest, joy is more in the giving than in the receiving, so you know the folks at CBTW had a joyous holiday.

Site Santa Fe was the site for Barker Realty’s holiday bash, which it definitely was by all accounts. Lemon Drops, when you have Vanilla Pop providing the entertainment, you know it’s going to be Over the Top. One thing for sure, Sugar Lumps, as long as Lisa Barker is breathing, Barker Realty will have some great parties, because Lisa loves to make an even AN EVENT. Which she does, Butter Beans, every time.

Casa De Lavanda, the Sierra Del Norte 6 million dollar listing of Sotheby’s own Nancy Lehrer and Tara Early, would seem the perfect spot for a glamorous holiday party. I mean, 6,000 square feet of glamour in any direction lends itself to something festive, wouldn’t you say, Jelly Beans? Greg Antonsen (Sr. VP and QB, Sotheby’s) thought the same thing. Actually, Kittens, he probably thought it before I came up with the idea, which is why he’s the QB and I’m not. (One of the many reasons.) At any rate, the evening was a huge success, and Linda Varela (Indispensable Office Administrator, Sotheby’s) lived up to my expectations of her inimitable style.

I continue to love the holiday season, from the day before Thanksgiving until the day after New Year’s Day. For me it’s a time of joy, which makes the sad moments even sadder. So when Ray Rush died the week before Christmas, it was an intensely sad moment for not just me, but for all who knew him. He touched so many lives. In addition to being the consummate professional, he was a mentor to many of the other Realtors. He was respected by his clients, many who became friends for life. He was admired by his peers. Dearest Readers, words cannot adequately convey what an important and integral part of the Santa Fe community he was. He will be missed and remembered for many years to come.

So long, Sweetpeas….Until next time, Oakley