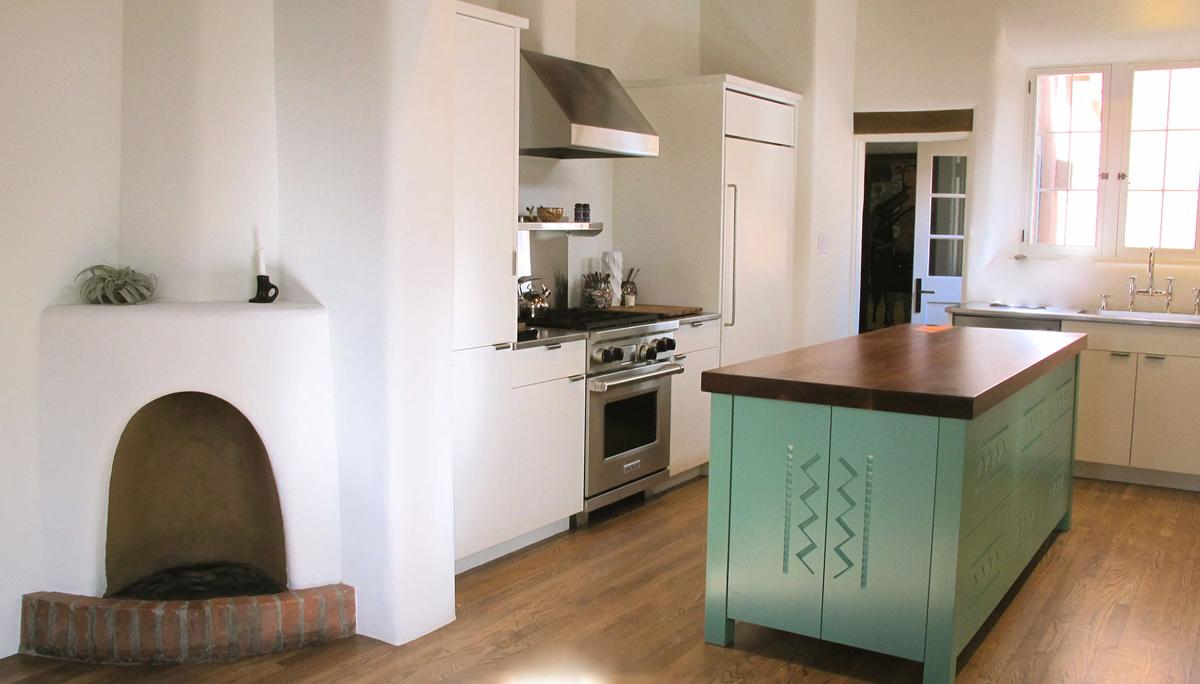 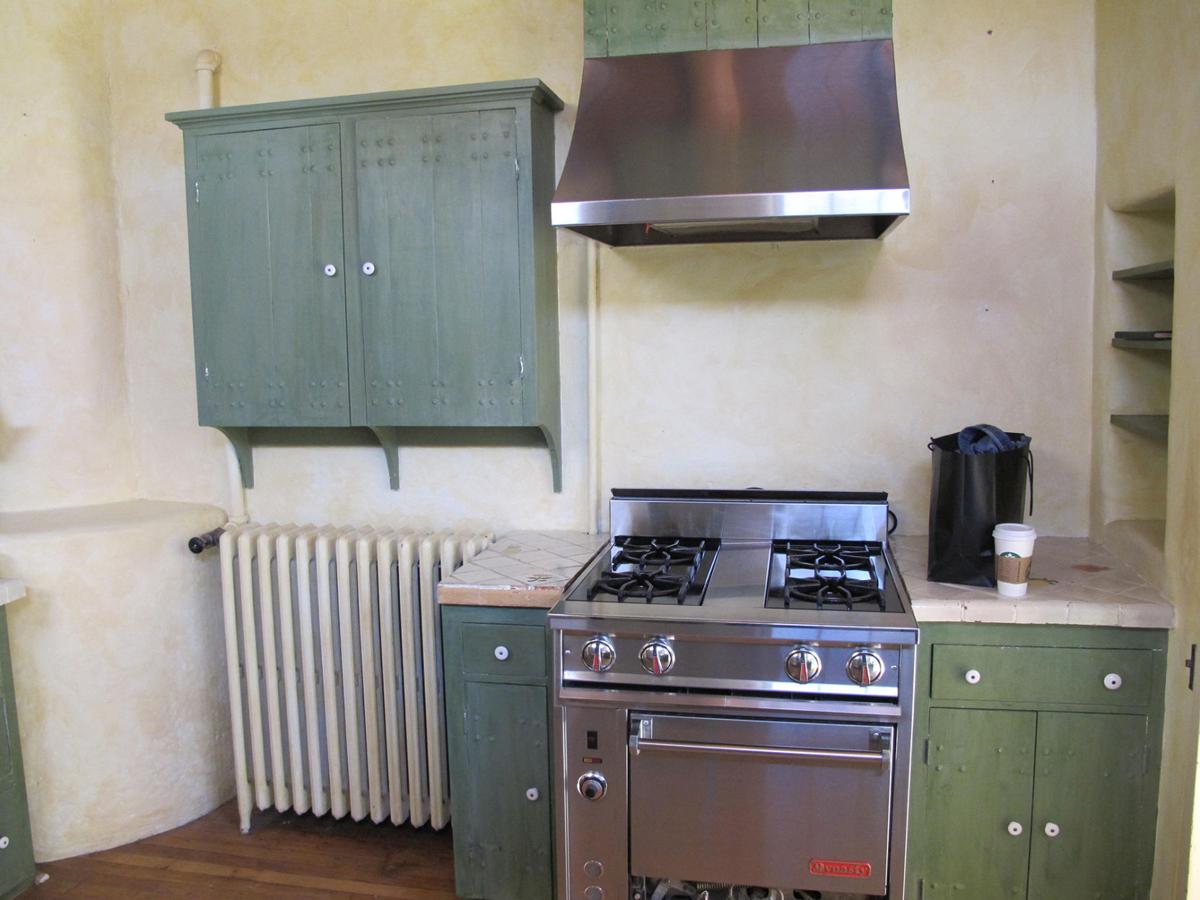 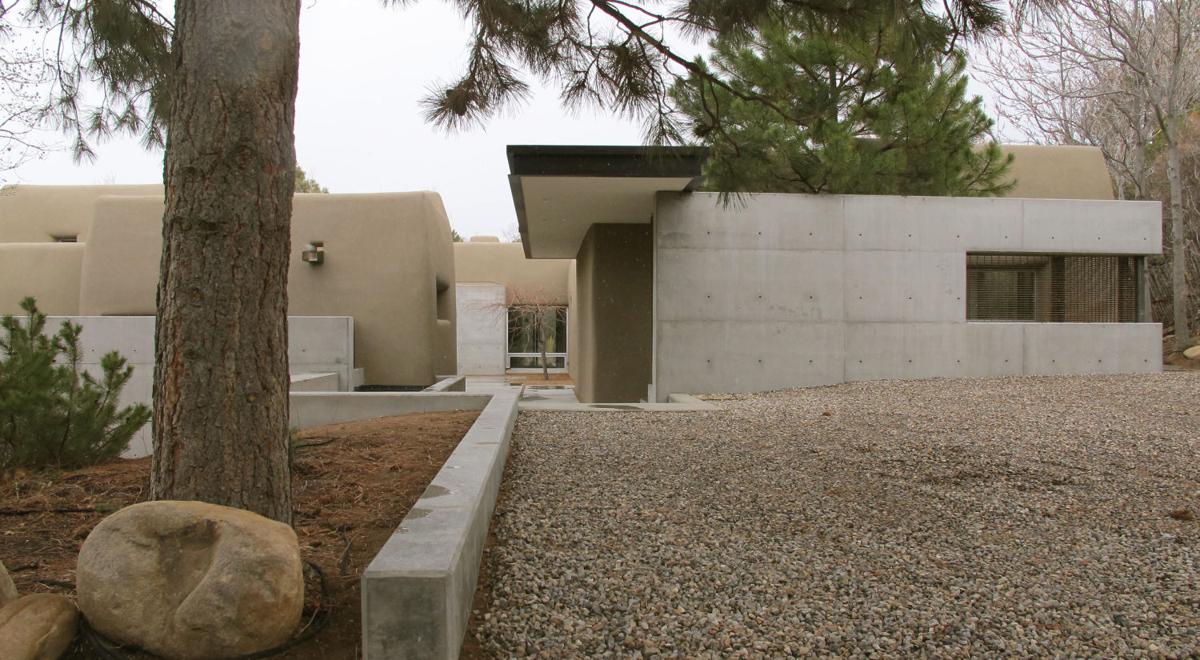 Homebuilding took a huge hit after the September 2008 fall of Lehman Brothers and other financial firms triggered economic crisis. People couldn’t sell their older houses to finance new ones; instead, they invested in home improvements. Many contractors went out of business. Others survived by becoming remodeling specialists.

One example in Santa Fe is Joel Muller, owner of Tent Rock, Inc. In January, he was getting ready to do a whole-house remodel on Old Santa Fe Trail. His crew had removed most of the roof, many of the walls, and the wood floor — a new slab will be poured over radiant-heating tubes, replacing the old forced-air heat system.

A 1,500-square-foot addition will be part of the significant remodel of the house, which may date to the 1920s. The walls were made of two different types of pentile — the hollow clay tile that was produced by the old state penitentiary in the early part of the 20th century.

Was the house in a sad state? “It didn't appear to be, but as we removed layers, it was,” Muller said. “It had a dirt roof, the windows were in bad shape, insulation was nil, the heating system was antiquated, and there had been plumbing leaks. Basically it functioned fine as a house, but it needed to be modernized in many ways.

“All the new walls will be adobe, but we are going to utilize some of the pentile. We're insulating the floors and doing the walls with spray foam. There was an elevated radon issue, so we're doing radon abatement.” This involves thick vapor barrier material to protect the house, and underneath that is a gravel bed, where air is piped above the roof.

Muller established Tent Rock, Inc., in 1993. For the 10 years prior, he had a partnership with Chris Cooke, who now has Harmony Design & Construction). “We were in business as homebuilders, including a couple of pumice-crete houses. I built my own house, also pumice. We always kind of did the trickier, alternative materials and contemporary designs.”

In the 2000s, Muller served on the board of directors of the Historic Santa Fe Foundation. He has done several restorations of historic homes. An early one, in 1999, involved the adobe Georgia O’Keeffe House at Ghost Ranch north of Abiquiú.

“That was an extensive, 2-year project. Juan Hamilton (the artist's employee and confidante had just sold it to John and Anne Marion,” he said. “We repaired adobe damage from water. And a lot of silting had happened coming off the Ghost Ranch hills and the house was settling.” To remedy that, the crew put in new footings and raised and anchored the house on 20 helical piers — giant screws driven up to 20 feet into the ground with a hydraulic machine.

“It was a fair amount of rehab to the foundation and all new plumbing and electric, rehabilitating windows and doors, and new cement stucco — but there's some mud plaster under the portales.”

Another historic remodel was the William Penhallow Henderson House on Camino del Monte Sol. “It was a difficult project,” Muller said. “We started out with new utility lines, rehabbed all the doors and windows, and there was a lot of adobe repair. There were some rotted beams, so we did Dutchman splices, putting in new wood where the beams had rotted.”

Muller works with architects and interior designers, especially on kitchen and bathroom remodels. “A lot of clients feel more comfortable working with somebody who can bring more to the table than they're aware of, or who can help them limit the choices. If you just walk into Statements and look at tile, it's overwhelming, there’s so much. But if a designer has narrowed it to a few, it's a much cleaner position. The same with plumbing fixtures and hardware. It's a nice editing tool to have a designer for that role. And I defer to architects for design.”

Tent Rock collaborated with architect Trey Jordan and the owners on a handsome remodel of a William Lumpkins house on the Camino.

“Looking back, we did more new projects in 2008 and since then it's been exclusively remodels, including two for Trey Jordan and one in Vista Redondo on the other side of Tesuque,” Muller said. “We just did a tiny kitchen/guest house for an artist couple out on West Alameda. It was a one-car garage that they incorporated into their guest quarters and it turned out really sweet.

“We do it all, including kitchen and bathroom remodels.”