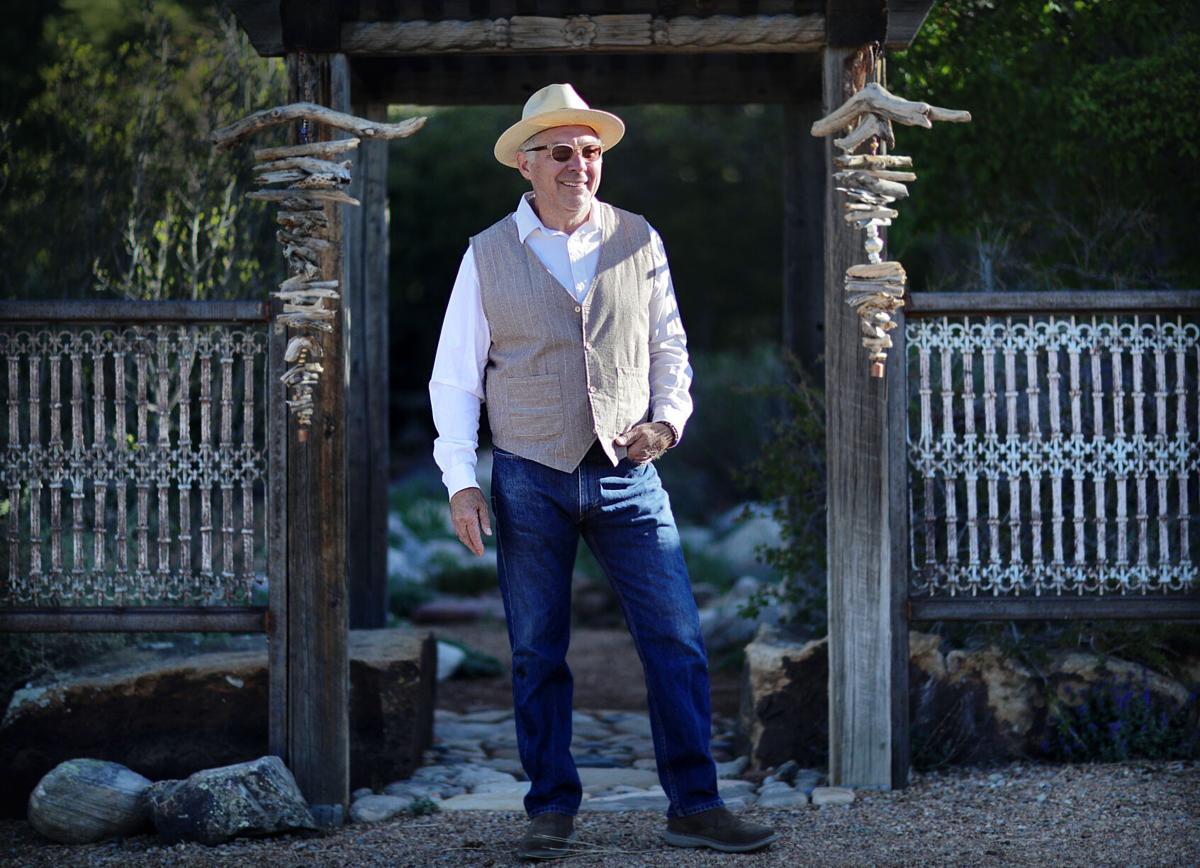 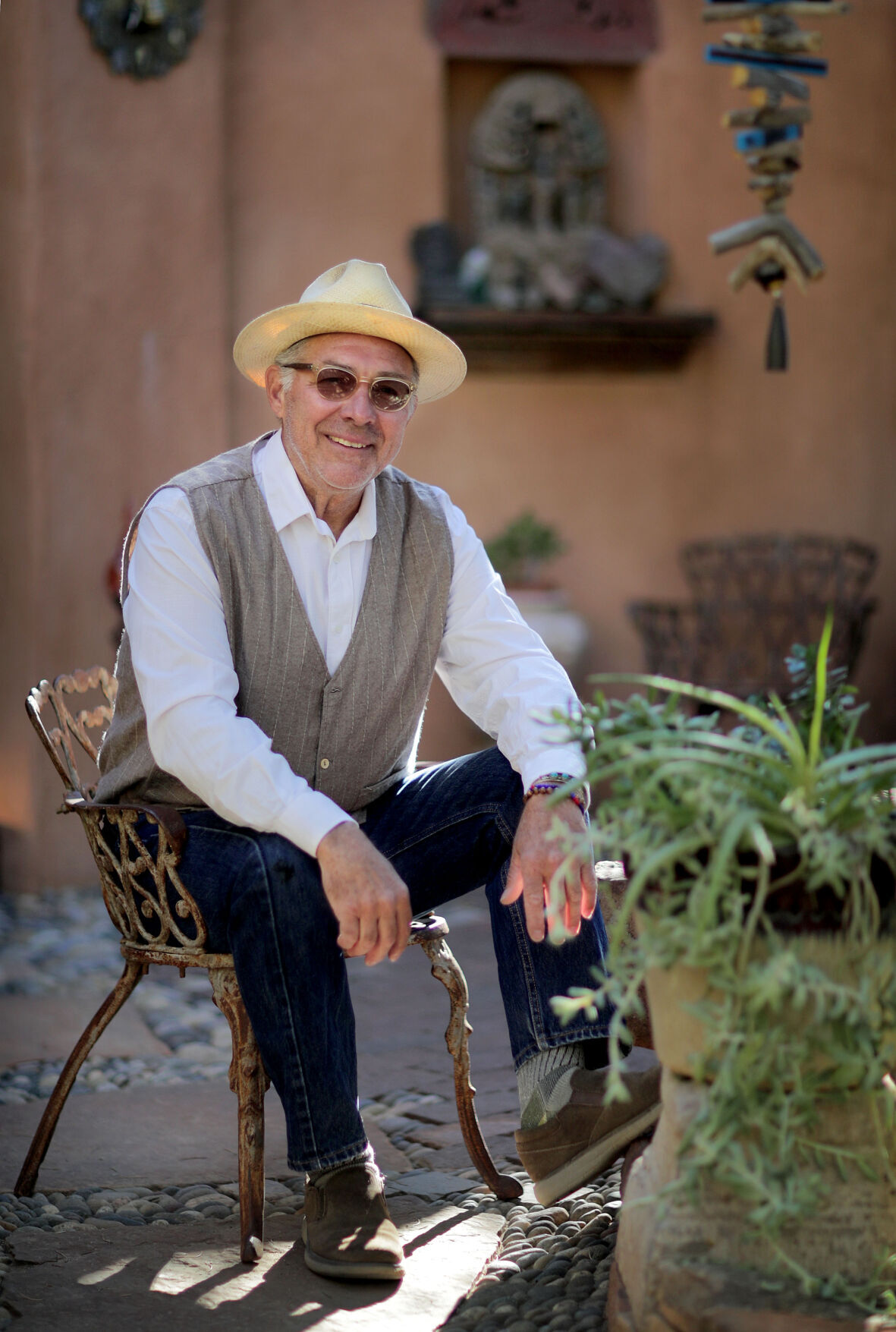 On his way to becoming a Realtor with Santa Fe Properties, Mike Perraglio has tucked a variety of experiences under his belt.

He was born and raised near Espanola, the third generation of his paternal family to live in the United States. Hailing from Caserta, Italy, Perraglio’s grandfather and his siblings made the journey to America.

“My grandfather and his brothers did the whole Ellis Island thing. They were cobblers in Italy, and then in Illinois,” he says. But it wasn’t a peaceful relationship. Sibling rivalry over a woman resulted in one brother shooting the other, after which Perraglio’s grandfather relocated to La Mesilla and modified his surname from Pirraglia to his own version.

Growing up in Northern New Mexico, Perraglio enjoyed the small-town life. “In the ‘50s and ‘60s Espanola was a dot on the map; so rural, virtually no cars,” he recalls. “We’d go from La Mesilla to Albuquerque, and we had to pack lunches and jumper cables because we’d be lucky to pass two or three cars on the way.” The area has grown since then and he says he misses the days of a smaller population.

After high school, he joined the Navy, and then returned to his home state and found employment at Los Alamos National Laboratory. There, he worked as a mechanical technician, in charge of maintaining a facility called the Proton Storage Ring.

A few years into his role in Los Alamos, he gave in to the calls from loved ones who had moved to Alaska, encouraging him to join them. He signed on with an oil rig that operated out of Elmendorf Air Force Base in Anchorage, where the lifestyle suited his love of the outdoors.

“We fished in the inlets, and every morning had fresh halibut for breakfast,” he says.

When he’d had his fill of the oil rig life, he bought a hair salon in Alaska and managed 12 stylists. Eventually, though, it was time to return to the Southwest and his old job at the labs. “I finally couldn’t stand Alaska’s extended hours of darkness and went back to Los Alamos,” he remembers.

His foray into real estate began with the purchase of a home, which he helped design. That experience hit home and he made the leap into selling houses. In the early 2000s he sold properties in Rancho Viejo, Wedgewood and other Santa Fe subdivisions. He felt a particular affinity for representing builders and the homes they had not yet built.

“I love to work with new construction,” he says, “seeing houses built from the ground up.”

When the recession hit in 2008 and the real estate industry took a nosedive, Perraglio changed course and opened a landscaping company. Tending to yards and gardens appealed to his love of the outdoors. He both enjoyed the work and found success with it. He says Robert Redford was a client for three years.

Eventually, the real estate market improved, just as his body started complaining about the backbreaking landscape work. Perraglio returned to his favorite profession in 2014 and has been with Santa Fe Properties ever since.

Both Perraglio and his wife, Cynthia, have a soft spot for animals. They provide a protective environment for the wildlife on their secluded property in the outskirts of Santa Fe, from feral cats to foxes, raccoons and gophers. They’ve adopted a trio of three-legged cats from a feral colony they regularly feed.

There’s nowhere Perraglio would rather be than outdoors, away from society.

“I go to the mountains quite often, to be away from people. If I’m not there, I’m in my yard,” he says.

While he loves his work, he keeps an eye on the approaching prospect of retirement.

“I like to tell people, if you want to use me as your real estate broker, for the next five years I’m available. After that,” he quips, “I’m gone!” But he doesn’t plan to leave the state, with his beloved mountains and desert. “The Southwest is in my soul,” he says. “New Mexico is my home.”