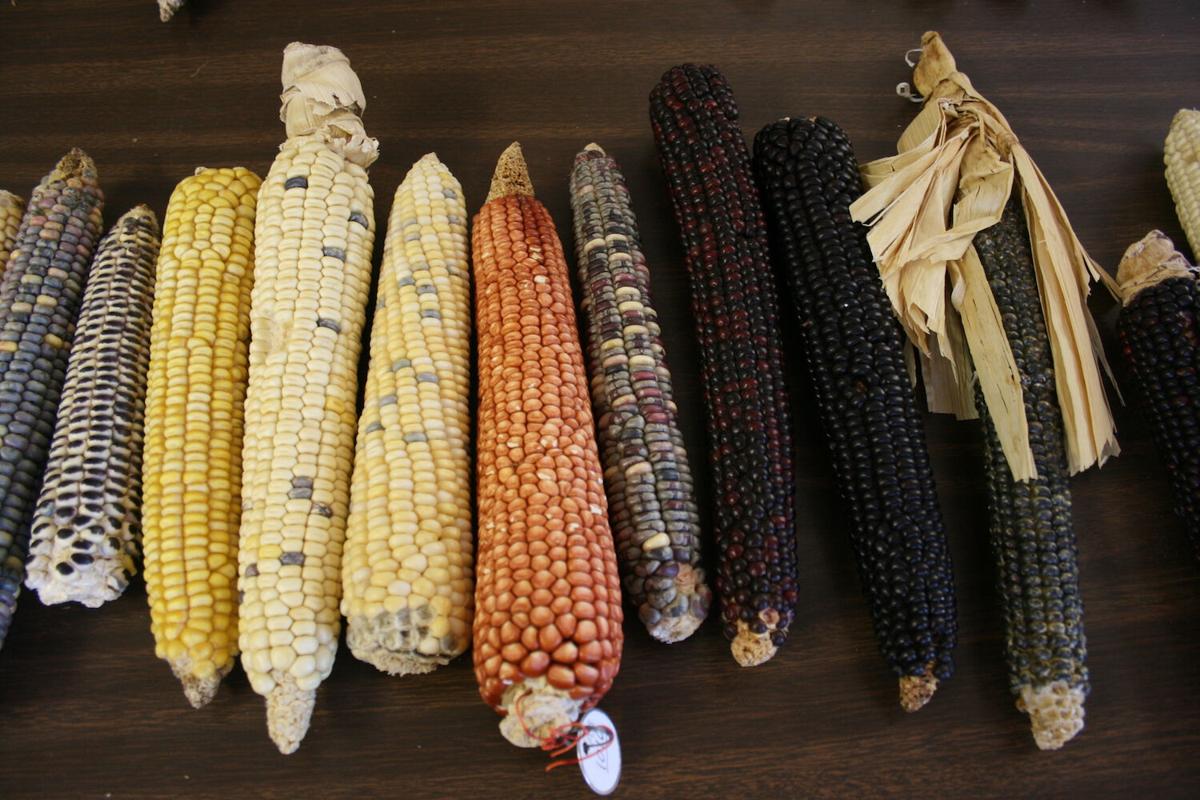 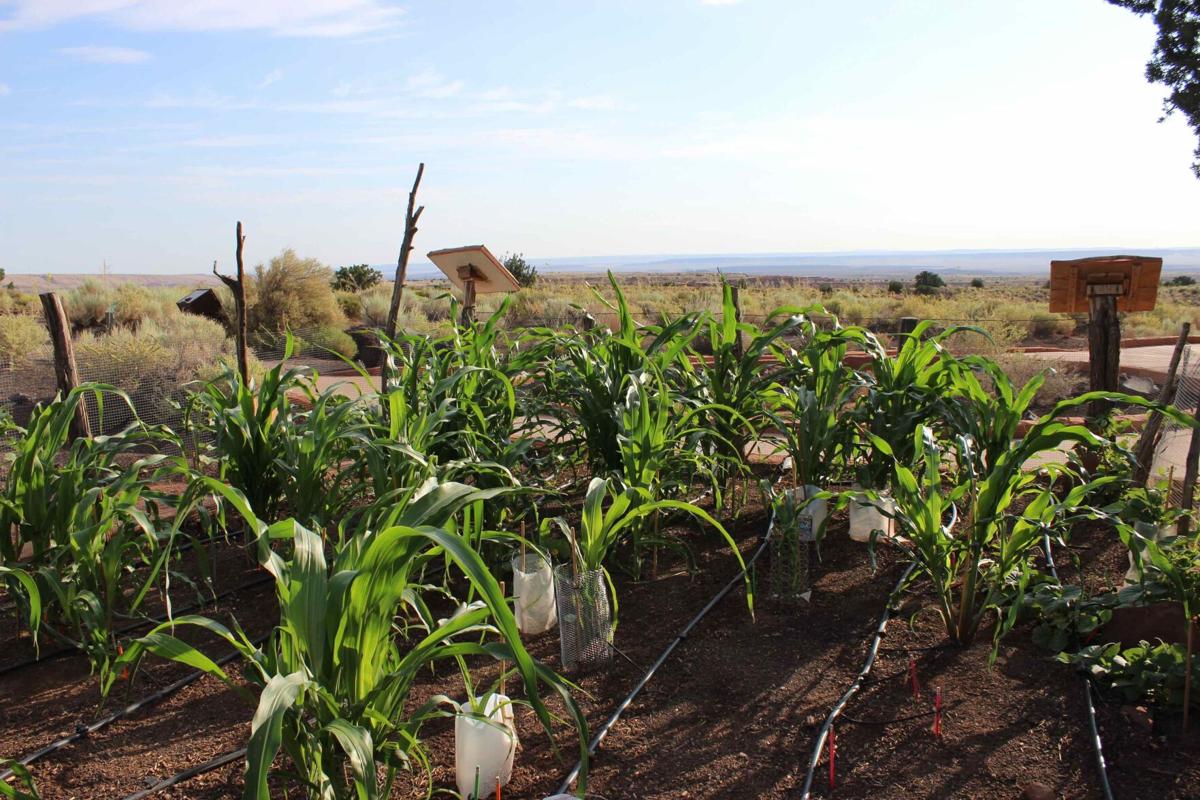 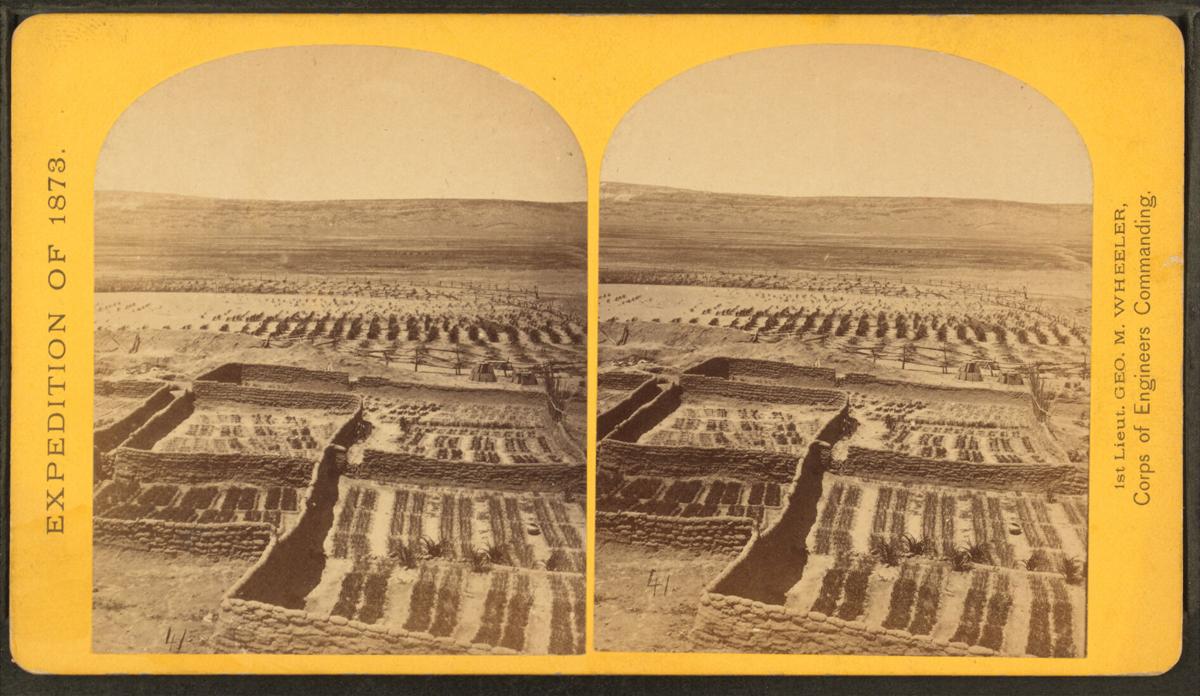 The Fourth of July is a festive day when communities all over the United States celebrate the 1776 founding of this country. On this holiday weekend several years ago, I read a wonderful book called Founding Gardeners: The Revolutionary Generation, Nature, and the Shaping of the American Nation, by Andrea Wulf. In addition to offering a captivating glimpse of the passion that George Washington, Thomas Jefferson, John Adams, and James Madison brought to forming an independent union, it explores in-depth how each viewed the land and their fascination with botany and farming. Their political views were blended with a belief in the potential of a vast new agricultural society.

Living in the Southwest, one cannot help being aware of cultures that predate the 18th-century events that surrounded the Constitutional Congress and the early 19th-century explorations of well-funded explorers like Meriwether Lewis and William Clark. In this region, the cultivation of plants has a history that goes back hundreds and sometimes thousands of years. I recently visited Homolovi State Park in Arizona. At the visitor center I was struck by a photo of a Hopi man planting corn. While the photo was taken in 1942, the technique had likely remained unchanged for generations. Without irrigation, the plants are spaced far apart so scant rainfall can support each plant.

In a film he made for the Arizona State Museum, Hopi farmer Dr. Michael Kotutwa Johnson, points out that the Hopi have been growing corn since at least 1200 A.D., using ancient varieties that can be planted six to 18 inches deep and have roots that extend up to 20 feet. He also grows squash, beans and melons on an alluvial flood plain that gets only two or three floods each growing season. Johnson points out that unlike commercial agriculture, which tries to adapt the land to what it intends to grow, his people follow cultural practices that “conform to the environment” as it is.

Many Pueblo cultures, such as Acoma and Laguna, used flood gardens. The Zuni people also followed practices to channel water to their crops from alluvial flood plains loaded with nutrients. Using what are known as “waffle gardens,” a hand-formed small grid holds water around individual plants. This technique is represented in the Resilience Garden at the Indian Pueblo Cultural Center in Albuquerque.

When Francisco Vazquez de Coronado first encountered the Zuni in 1540, he was amazed by the agricultural productivity of the land. In correspondence to his superiors he wrote, “(T)he food which they eat in this country is corn, of which they have a great abundance…. They have the very best arrangement and machinery for grinding that was ever seen.”

Thomas Jefferson was a lover of olives, which he first encountered in Europe in 1797. Yet the Spanish brought olive trees to their missions in the 1500s. And while Jefferson raised apples from cuttings given to him in 1793 by the French minister to the United States, the first intrepid settlers to arrive at Jamestown in 1607 found endless varieties of wild crabapples, plums, and berries.

Kentucky claims the first commercial winery in 1799, but Spanish missionaries brought grapes to New Mexico in 1629 so that the priests could plant vineyards for their sacramental wine. Exploration, westward settlement along trade routes, and immigration have introduced new plants and trees to all regions of this country. And that trend continues. But there will always be what are known as “heirloom” varieties that have been cultivated for generations. Conceivably, corn is the oldest among them.

Celebrating this July Fourth, perhaps you will share a bean salad or fresh corn with family and friends. As you do so, remember that agriculture and gardens have a long history in the Southwest and there is much that can be learned from the earliest occupants of this land.

Laurie McGrath is an Emeritus Master Gardener and has volunteered with the NMSU Extension in Santa Fe County for over 20 years. She is a founding member of the Santa Fe Native Plant Project (SNaPP).