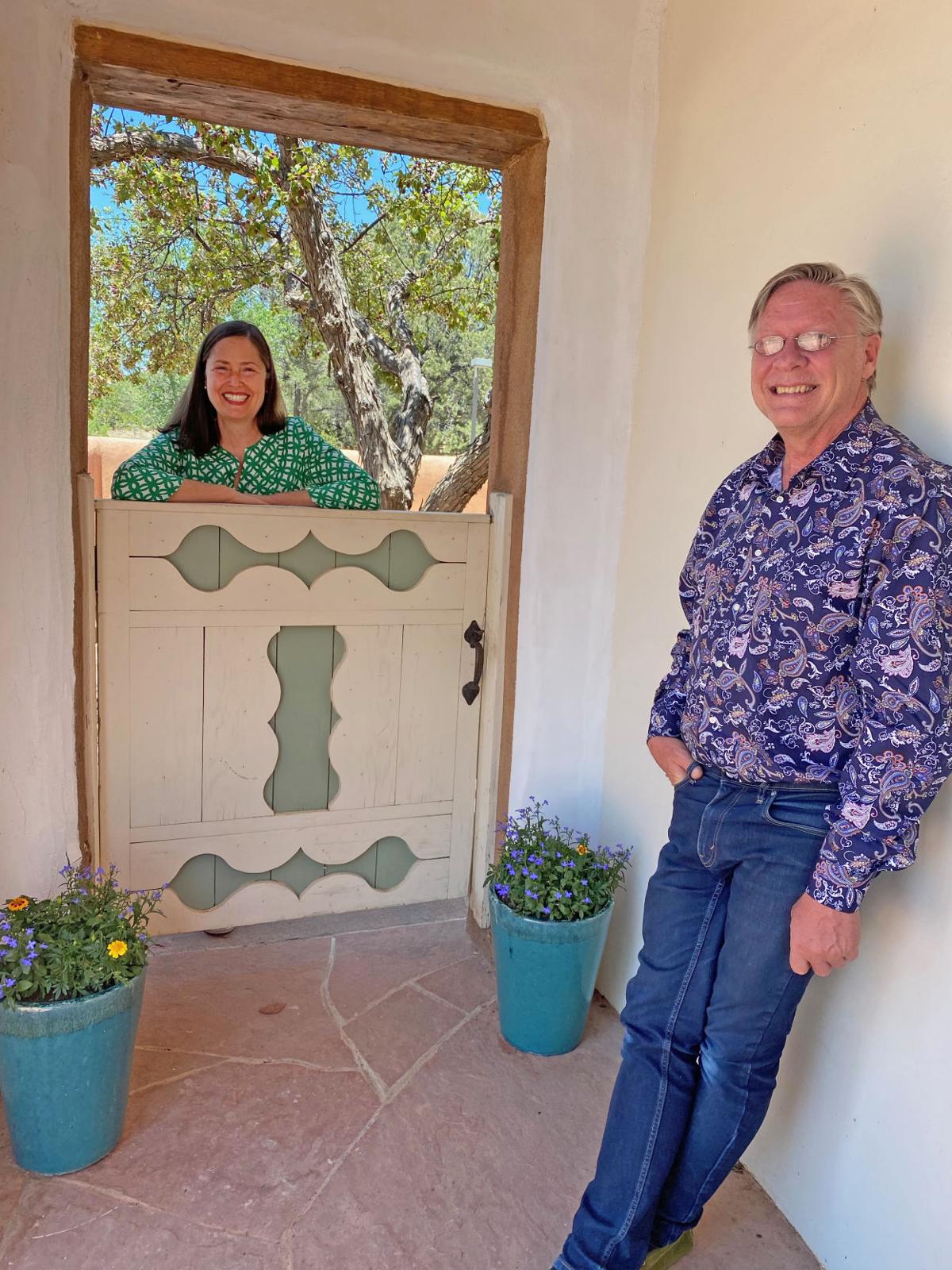 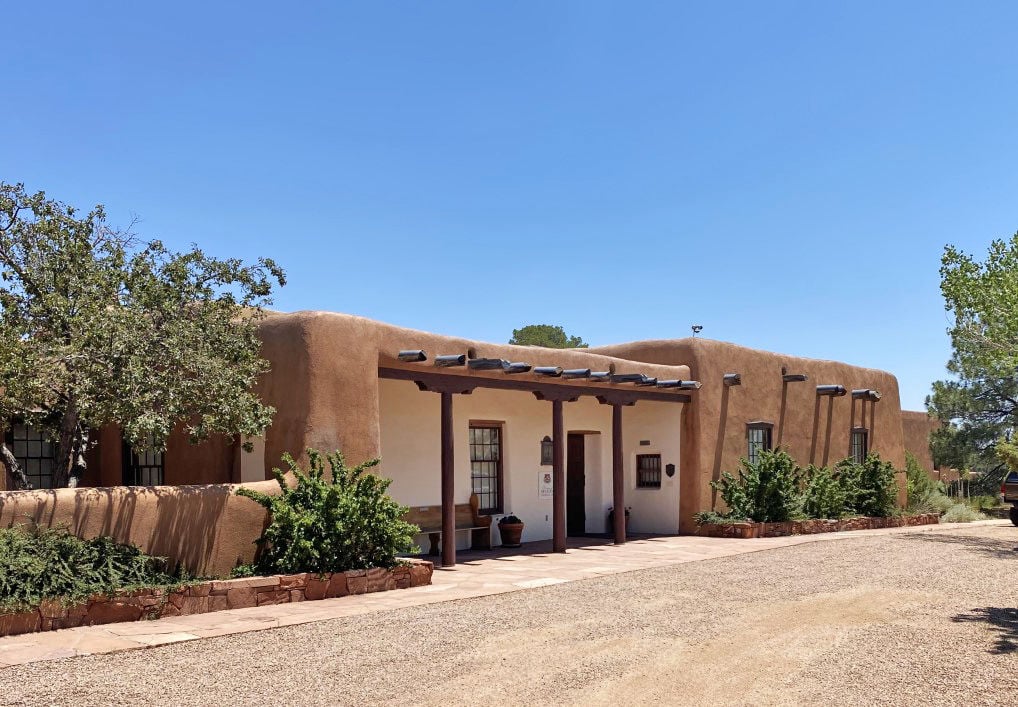 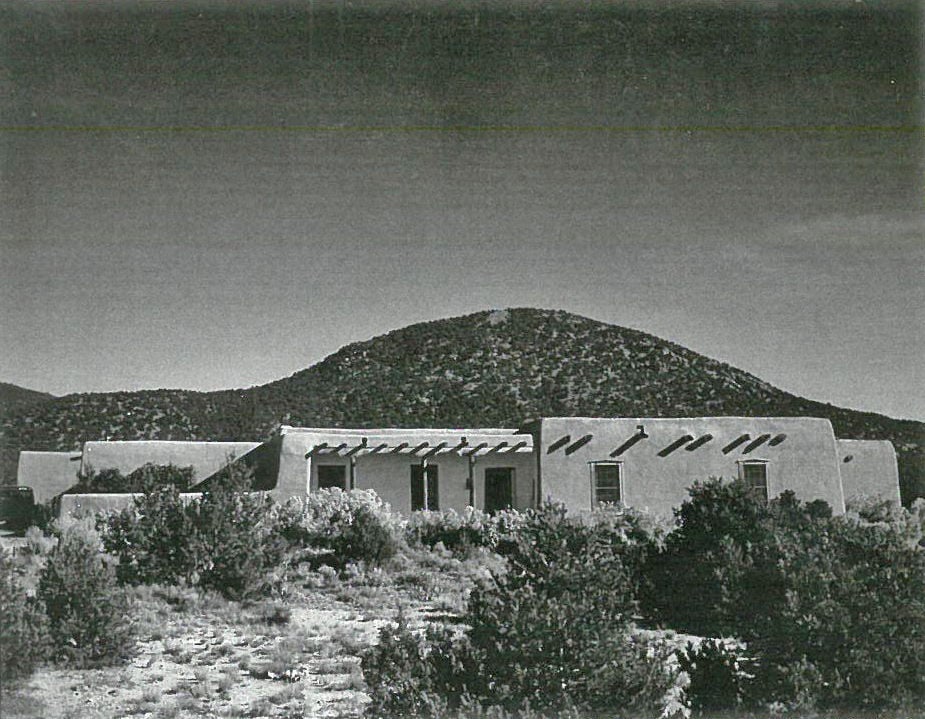 The Laboratory Director's Residence photographed in about 1943 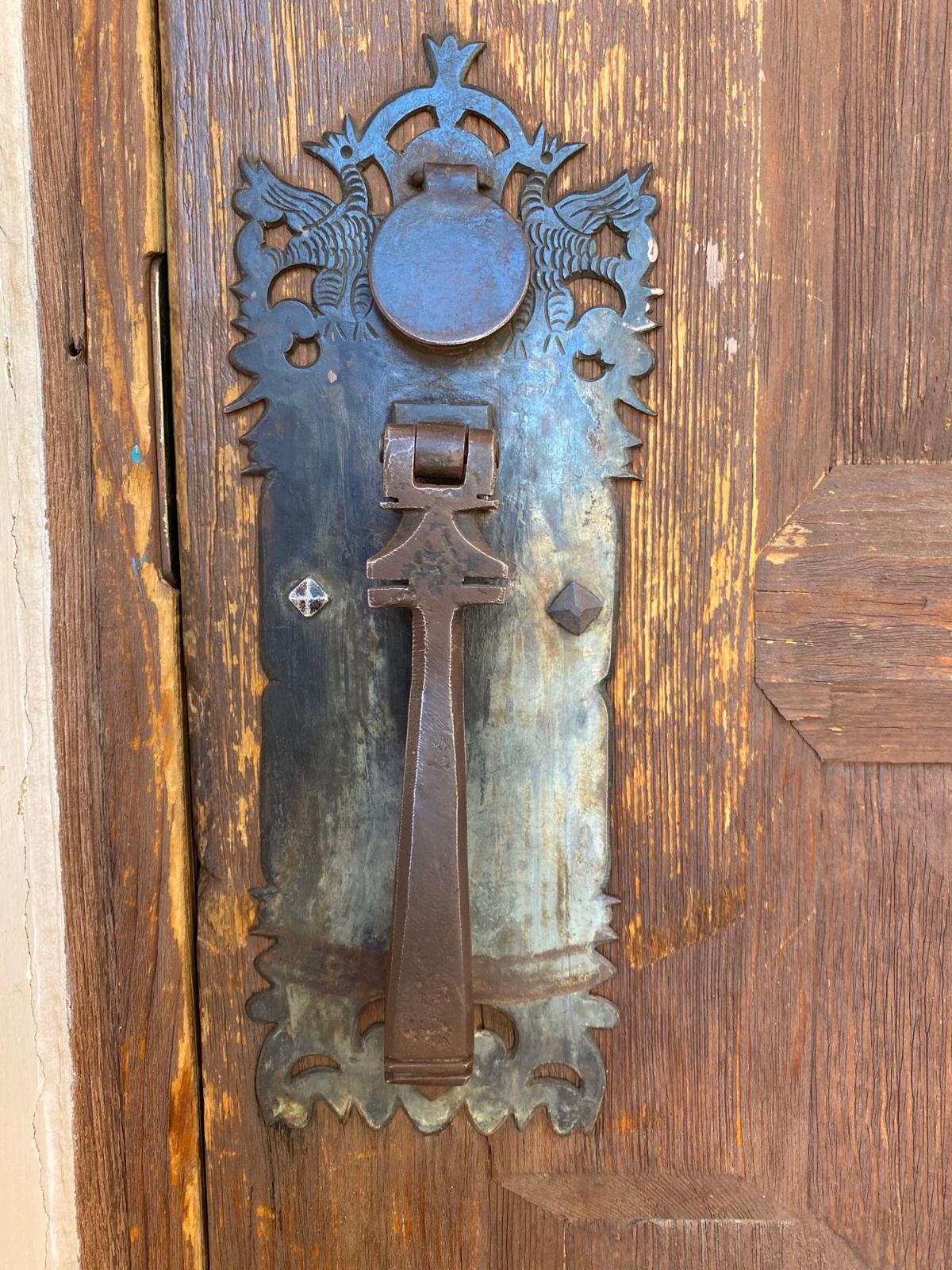 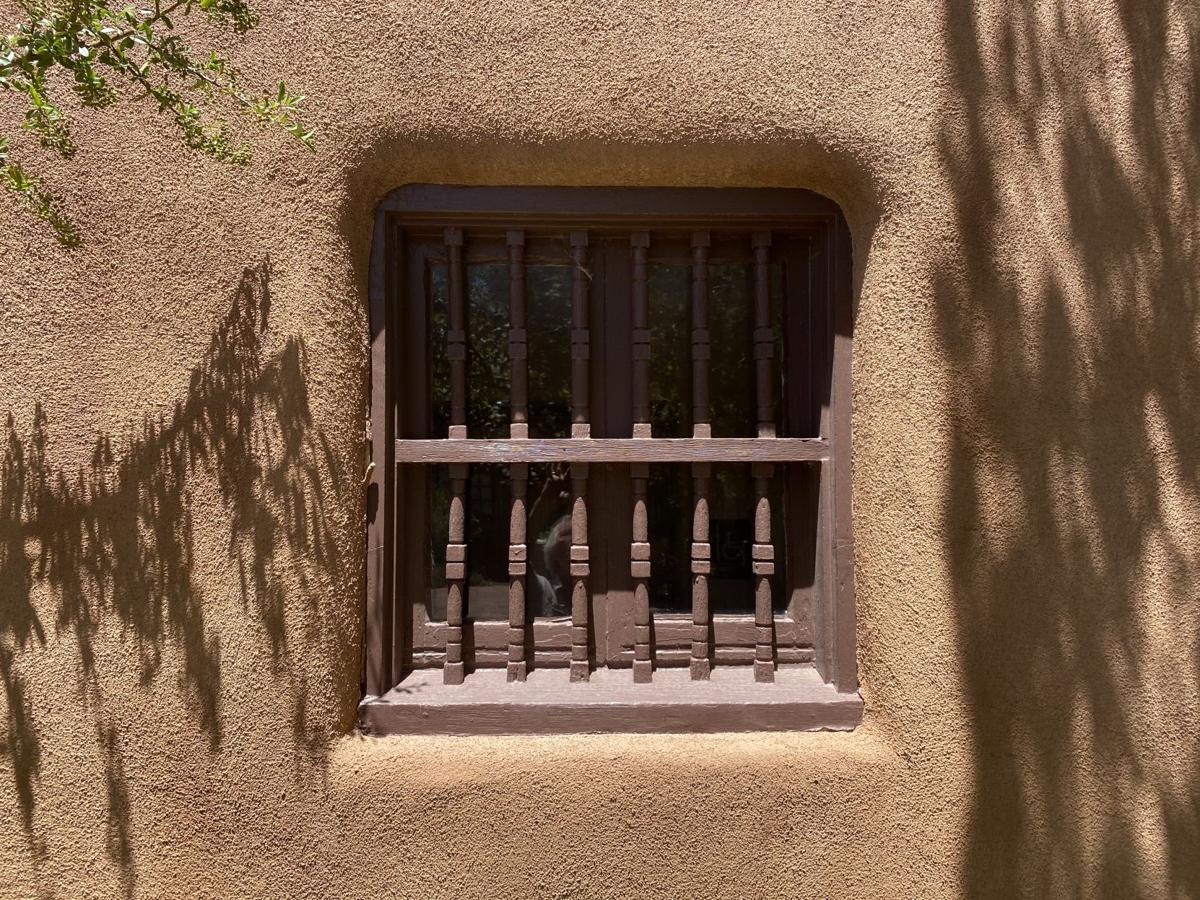 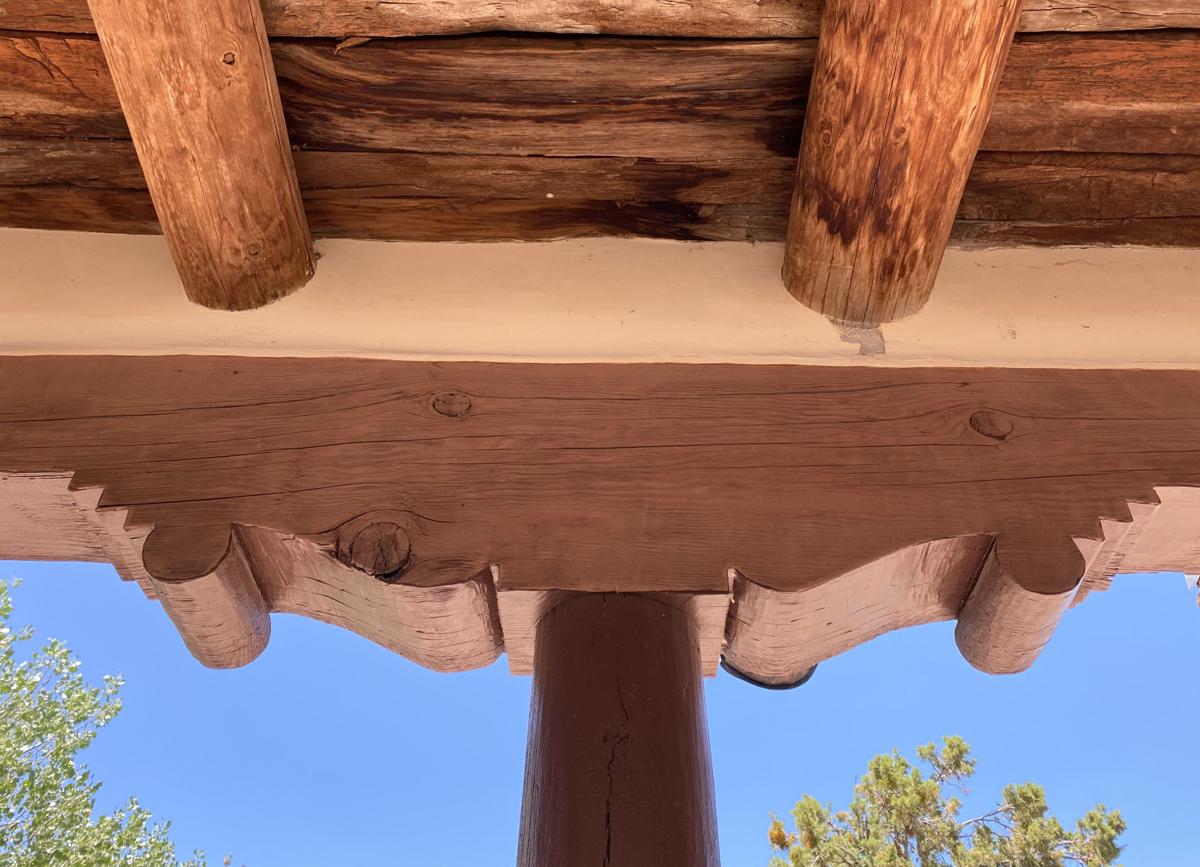 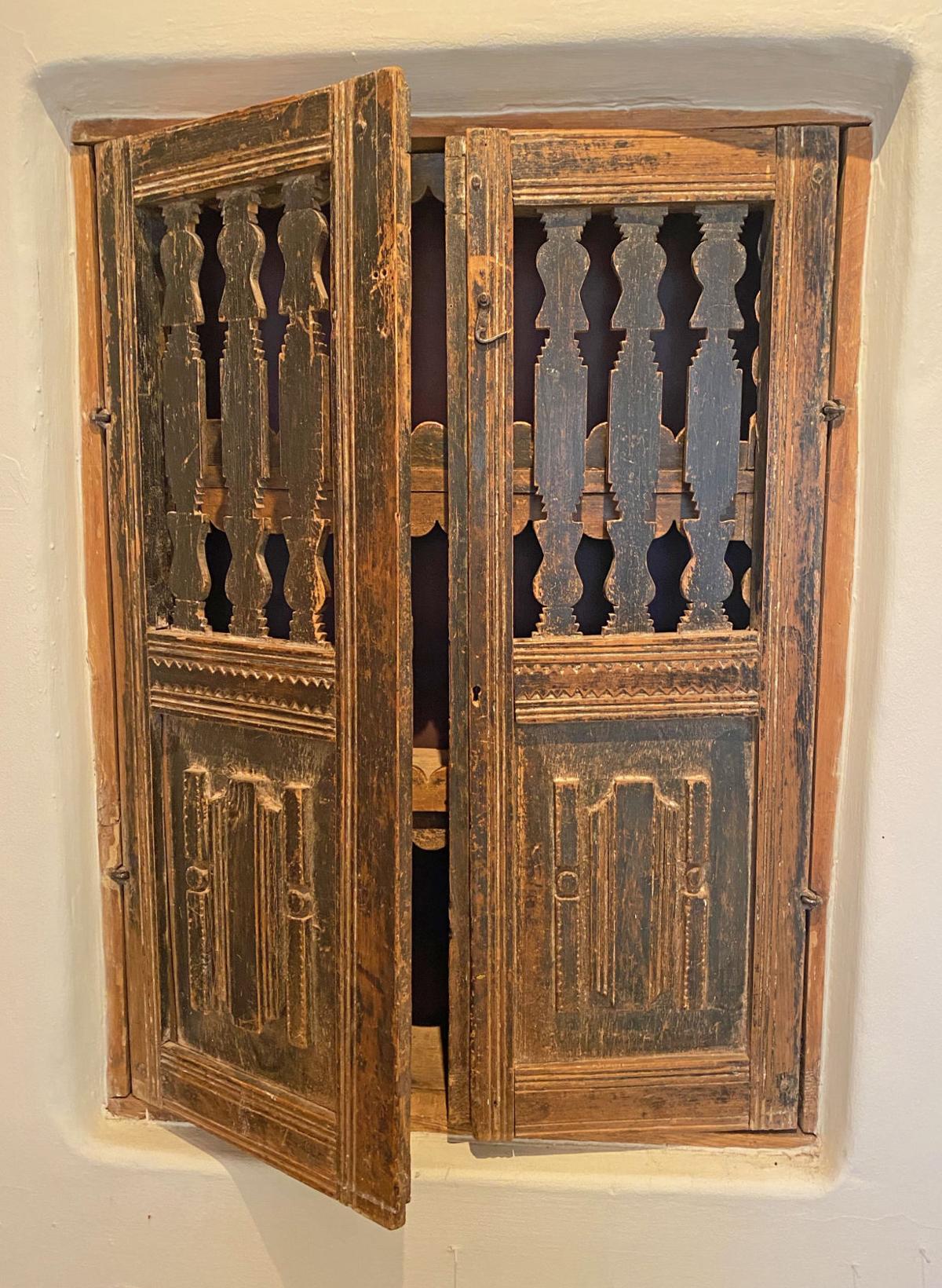 Traditional in-wall cabinet or alacena in the dining room 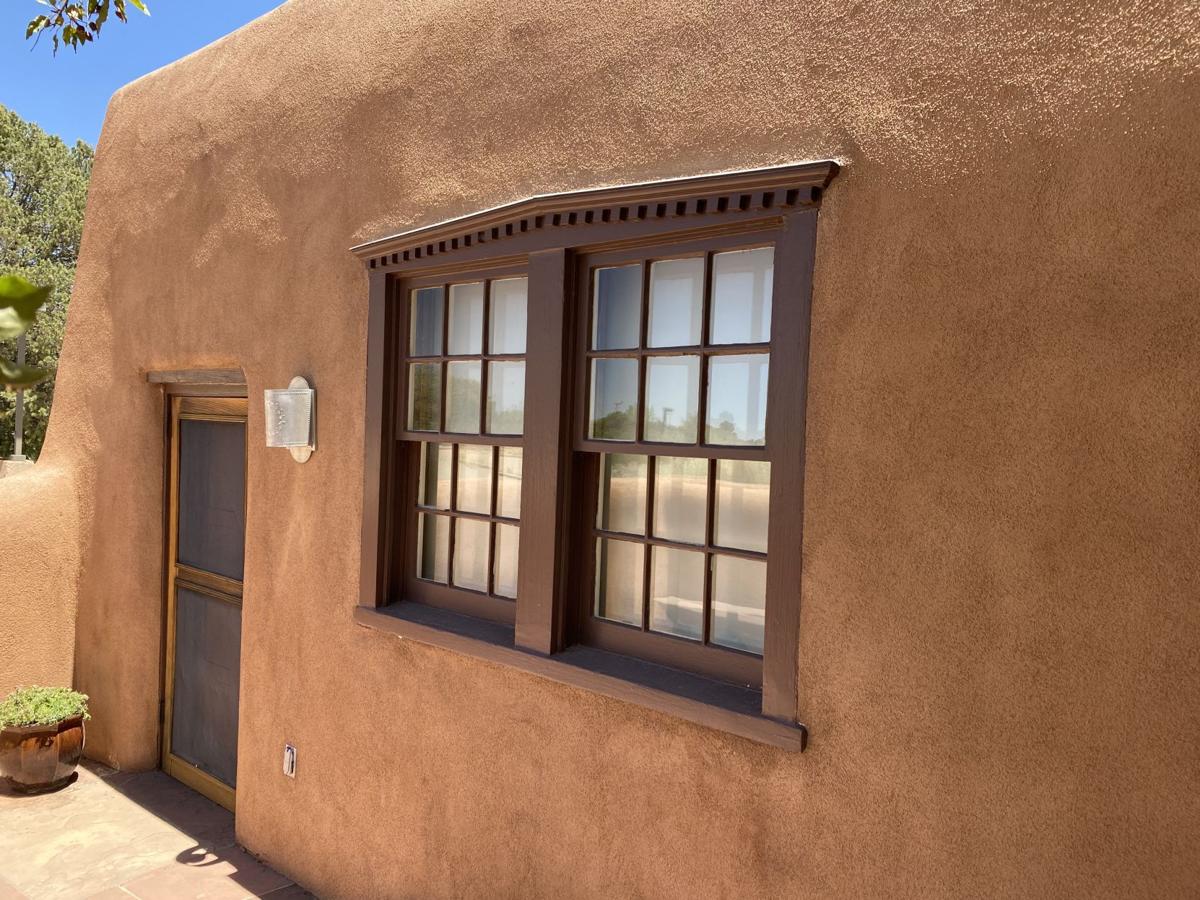 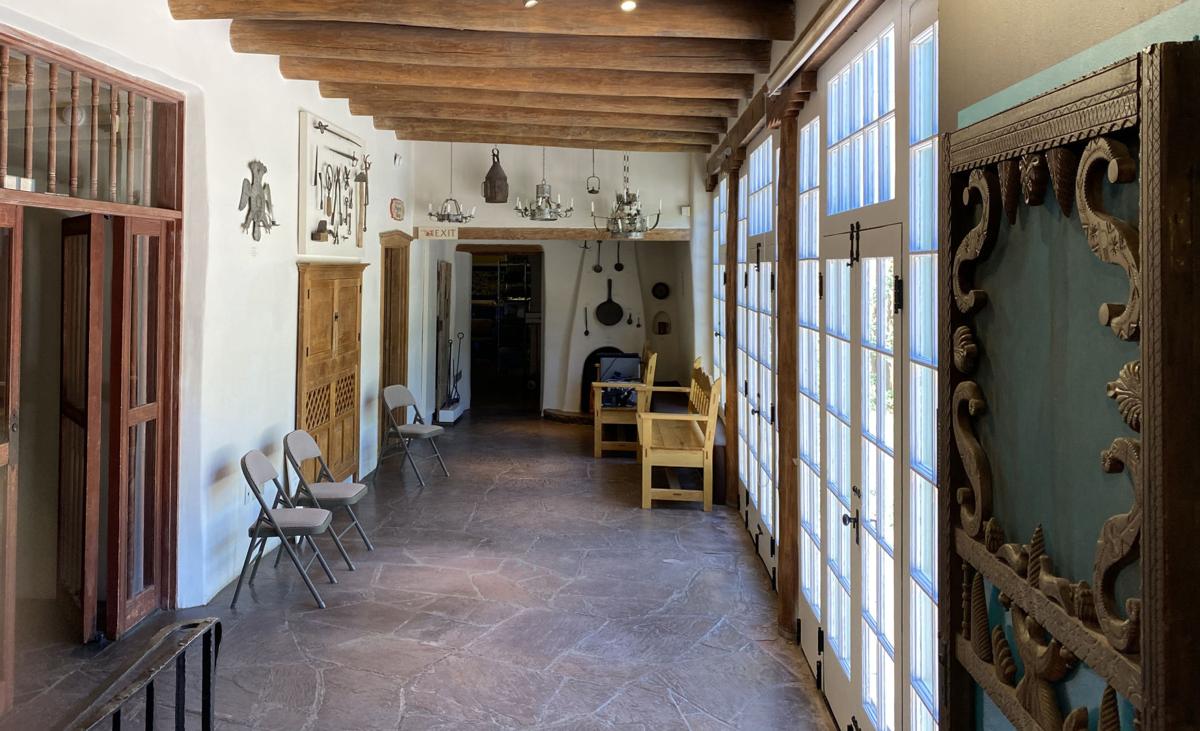 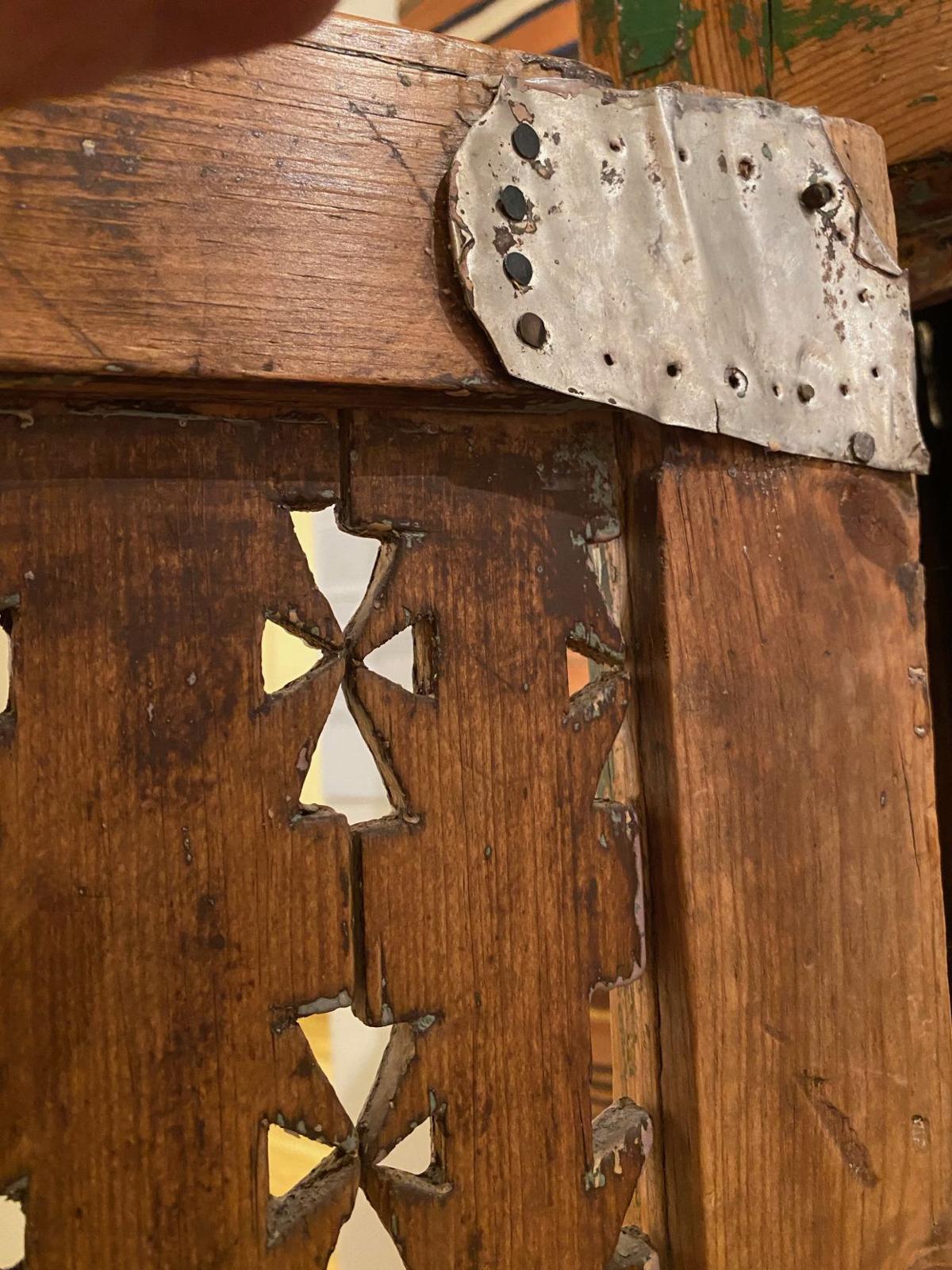 The Laboratory Director's Residence photographed in about 1943

Traditional in-wall cabinet or alacena in the dining room

As you move through the Museum of Spanish Colonial Art, one of the ar-chitectural details you'll notice is the carved-wood radiator covers.

"Because of COVID, we're having to reimagine how we're using space," said Jennifer Berkley, executive director of the Spanish Colonial Arts Society, during a recent walkthrough. "And with so many items — displays and desks and partition walls — removed, many details of architecture have been revealed."

Like Santa Fe's other museums, this one has been closed for months. Berkley and Spanish Colonial Arts Society (SCAS) deputy director David Rasch have been figuring out how to maximize safety for visitors when it reopens. "We will be opening some old doorways so visitors never cross paths," she said.

For the same reason, the largest room, the sala, is being repurposed for events rather than exhibits. "We are fortunate that the layout of our building allows for a one-way flow throughout, including a separate entry and exit door," Berkley said.

The building housing the Museum of Spanish Colonial Art was developed right after the 1930 Laboratory of Anthropology and both were financed by John D. Rockefeller. It was built as an onsite home for the Lab's director (Jesse Nusbaum was the first), and for decades was known simply as the Director's Residence.

The architectural designer of both buildings was John Gaw Meem (1894-1983). He was responsible for many of Santa Fe's iconic buildings in the Spanish-Pueblo Revival and Territorial Revival styles, among them Cristo Rey Church, First Presbyterian Church, Manderfield School, the 1929 La Fonda addition, the Villagra Building, the Laboratory of Anthropology, and many residences.

For the walls of the Director's Residence, Meem specified pentile, an af-fordable hollow tile block that was produced by inmates at the state peni-tentiary. Here they were laid in double thickness to achieve the massive look of adobe walls.

The building's inset front portal has vigas supporting heavy cedros or split juniper latillas. Rasch pointed out an unusual feature here: the portal beam and zapatas (two-sided corbels) are one piece. "It's amazing. Half of that beam had to be carved away to do that," he said.

Santa Fe contractor Ed Crocker said he knows of two more Meem examples of this: the 1928 Mary Vilura Conkey House and Las Acequias, the 1931 Cyrus McCormick residence — and in that latter project Meem added zapata-like features carved into the centers of the dining-room ceiling beams.

When you go through the museum's entry, your view is through the foyer and a sunroom that was once another portal on the rear. "Placing this building in the landscape was clearly important to Meem, because when you come in the front door, you look through the house straight to Sun Mountain. That portal was designed for the glass to be taken out and screens put up, so it could be a sleeping porch, but I've never seen the panels out."

Rasch has a long history with this building, and with Santa Fe's architectural milieu. He served as the SCAS conservator from 1998 to 2003 — the museum opened in 2002 — then was the director of the City of Santa Fe's Historic Preservation Division for 15 years.

About those radiator covers, Rasch said, "Meem wasn't extravagant like some of the architects were, and only the public rooms of the house have carved-wood grilles over those. And they are all different. The one in the sunroom was built with a cabinet on top, which warmed plates for use in the adjacent dining room.

An alacena, a type of cabinet that was traditionally built recessed into the adobe walls of old Northern New Mexico homes, graces the dining room and features carved-wood doors.

The kitchen, now the gift shop, has ceiling beams carved with simple ro-sette/star figures flanked by decks of carved lines.

The sala boasts tall windows, wood floors, a latilla-on-viga ceiling, and a handsome corner fireplace. The access from the foyer has pintle-hinge doors, a Meem nod to frontier days when hinges were not available. In the same wall of the sala are beautiful carved-wood shutters on a small window to the front portal; the window has a grille of 10 spindles on the outside.

The sala will be the introductory room to the newly reconfigured museum. The beginning of the display — the Camino Real, the Mexican room — will be in one of the original bedrooms in the southwest part of the house. An adjacent bedroom will be the Santa Fe Trail section of the exhibit Trails, Rails and Highways: How Trade Transformed the Art of Spanish New Mexico. Curated by Robin Farwell Gavin, the exhibit was complete before coronavirus closed the museum and is still waiting to open.

Berkley and Rasch are also working on an exhibit about the Meem house, which is actually part of the Spanish Colonial Arts Society collection; it has an accession number: 1999.011. "The Meem exhibit will be about our Spanish Pueblo Revival museum building with its furnishings and its architect who was seminal in developing Santa Fe Style," Berkley said.

After it passed into private hands, the Director's Residence at 750 Camino Lejo was anonymously gifted to the Spanish Colonial Arts Society in 1998. That stimulated the project to create a museum showcasing items from the 3,000 works — Spanish-colonial santos, works of furniture, tinwork, jewelry and textiles, and straw-appliqué crosses and boxes — that the society had collected and protected since its founding in 1925.

As SCAS prepared to open the museum in the spring of 2001, Rasch was busy moving items, stored for years out of the public eye at the Museum of International Folk Art, into the adjacent new 6,414-square-foot Stock-man Collections Center.

One longtime exhibit feature of the Museum of Spanish Colonial Art is coming down. The old master bedroom had been converted into the Delgado Room, based on the will and estate inventory of trader and merchant Don Manuel Delgado, who died in 1815.

"It has been up since we opened the museum," said Berkley, who added that that room is being opened up for better traffic flow and social distancing for visitors. "Before we do so, we will tape one of our docents speaking about the room and post it on our new website."

A new feature at the museum property will be signage about the Santa Fe Trail "We have three Trail easements on the property," Rasch said: "at the two corners, coming up from Arroyo Chamiso and you can see a swale right in front."

"Wagon trains carved deep ruts into Museum Hill like those in front of you," says one National Park Service mockup for signage on the museum grounds. "Heavily loaded wagons carried much needed material goods and supplies along the Santa Fe Trail for nearly six decades in the 19th century. Each loaded wagon contributed to packing the earth and the trail bed a little deeper, forming these lasting swales.

"Merchants completed their arduous journey across the U.S. frontier as they crested Museum Hill. They would have welcomed the site of Santa Fe in the valley below. For American and Mexican merchants loaded with silver, furs, wool, and mules bound for Missouri, this was just the first obstacle in the two-month journey ahead of them."

Berkley hopes that when the museum reopens, the exhibit about Meem's Director's Residence and Trails, Rails and Highways will open simultaneously. "We are targeting early August. Our plan at this time is for reservation-only tours of small groups following COVID safe practices," she said.

Meem beats out four other applicants

The Santa Fe New Mexican of Nov. 30, 1929, announced that five architects had been invited “to submit designs for the buildings of the Laborat…