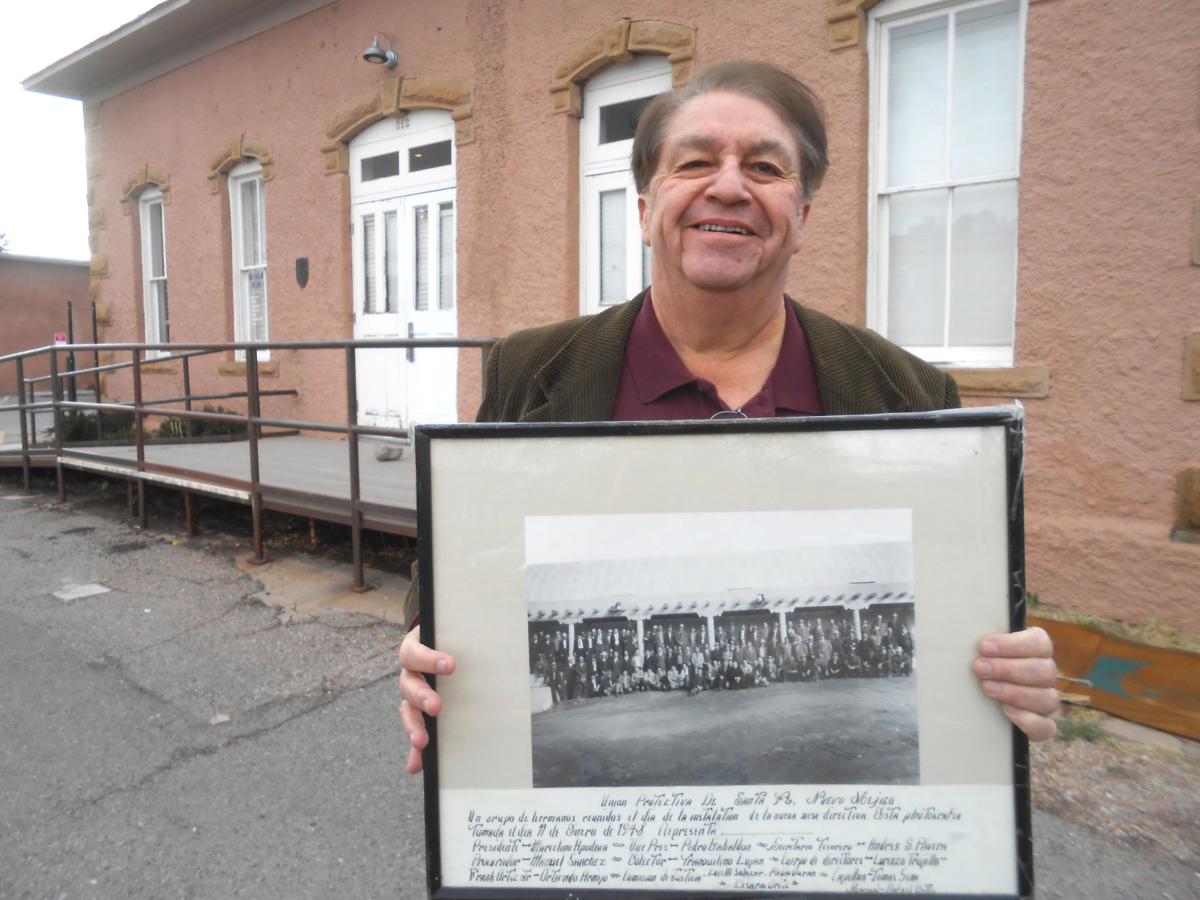 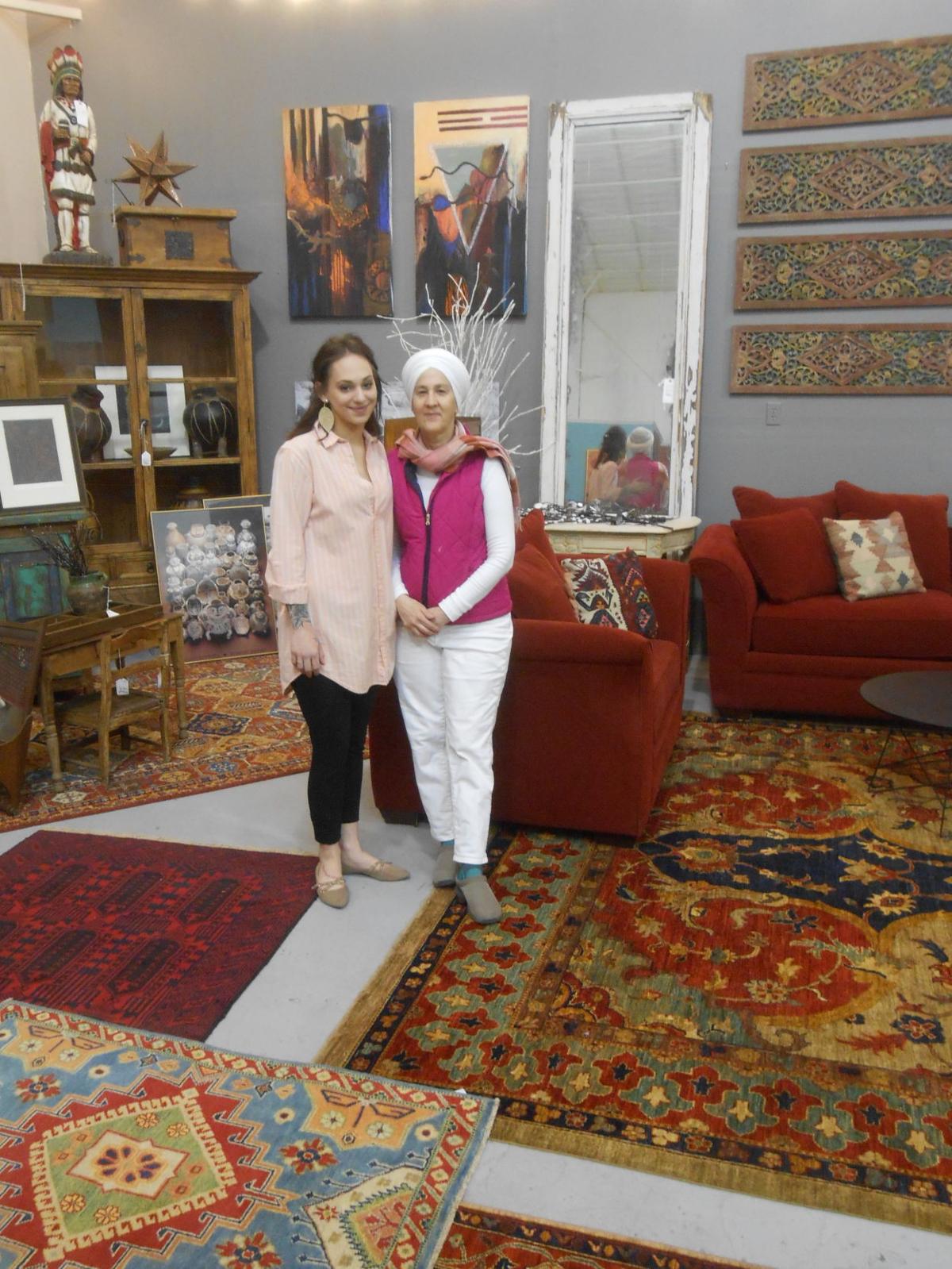 Seva Khalsa and her niece, Micah, at the San Mateo Road location of La Casa Fina

Seva Khalsa and her niece, Micah, at the San Mateo Road location of La Casa Fina

This is a glimpse into the variety of goods offered at La Casa Fina consignment shop, 821 W. San Mateo Road (in the same building as Chocolate Maven). Just three years old, the shop expands this month into a second location, the historic Second Ward School building at 212 Sandoval Street.

“Chocolate Maven’s been a wonderful venue for us, but we thought it would be good to be downtown, too,” owner Seva Khalsa said. “We have furniture, home décor, textiles, rugs, baskets, New Mexican jewelry.” “And all sorts of interesting items,” added her niece, Micah. “We like to have a range of prices.”

Most of the materials are consigned by Santa Fe-area residents. The shop and client agree on a sale price and share in the proceeds 50:50. Other items available in La Casa Fina are the results of shopping expeditions, including to the Round Top Antiques Fair near Austin, Texas.

Interior designer Troy Tryon will help Khalsa with the new Sandoval Street space. The La Casa Fina owner, who previously worked in property management and real estate in Española, said they would soon have their new sign for the exterior of the building. It was to be done in lift-off metal letters, like the previous sign of La Union Protectiva de Santa Fe.

La Union Protectiva, a local burial society that celebrated its 100th anniversary last year, has owned the building since 1936. The members will use one of the society’s other Santa Fe buildings for its monthly meetings. La Union president Richard Barela said the group also has “two big picnics every year up at Hyde Park with horseshoes and hamburgers and music.”

According to Barela, the group’s mission has not changed over the past century. “We were founded in 1916 by Marcelino Apodaca. It was then primarily an Eastside organization and it has expanded. Our principles are unity, protection of our culture, and education. We speak Spanish, although it is getting harder to recruit young people who speak Spanish. There is no other organization in Santa Fe now that holds their meetings only in Spanish.”

Barela was recruited into La Union Protectiva de Santa Fe by Alfonso Trompo Trujillo. “He taught me how to give a eulogy in Spanish. When I met him, he was sober, but some people told me he used to be a real drunk. After that he’d speak at AA meetings and he was very motivational, telling everyone, ‘I did it and you can do it, too. I’ve been dry for 20-some years and it’s a beautiful life.’ He helped so many people out of alcoholism. He got a lot of people to change. He really impressed me, and that’s why I’m here.”

There are now about 375 members in the society. Annual dues are $35.

The old school was built on a site purchased by Santa Fe County in 1881 from Luciano Baca. Several years later, contractor and brickmaker Florence Donoghue (who was simultaneously also busy working on the new territorial capitol) began building the school on what was then Hancock Street.

The building’s original designation was the Precinct 4 (”Lower Santa Fe”) schoolhouse, according to the June/July 1977 Bulletin of the Historic Santa Fe Foundation. The city board of education was created following 1891 legislation for a tax-supported public-school system in New Mexico; after that it was known as the Second Ward School.

The brick exterior was covered with a pebble-cement finish in 1900. The Second Ward School closed after Alvord School was completed on Hickox Street in 1932. Before La Union de Protectiva purchased it (for $3,200), the building was rented for a short time to the Guadalupe parish for use as a parochial school — the hall is 400 feet southeast of the Santuario de Guadalupe — and was also used as a rehearsal hall by the Santa Fe Band.

La Union Protectiva rented the building out for many years until 2008, when the society vacated its building at 345 Camino del Monte Sol and moved in to 312 Sandoval. Suby Bowden & Associates won a city historic preservation award for its repair and restoration — including the front deck and handicapped-accessible ramp.

The 1886 building is on the National Register of Historic Places.