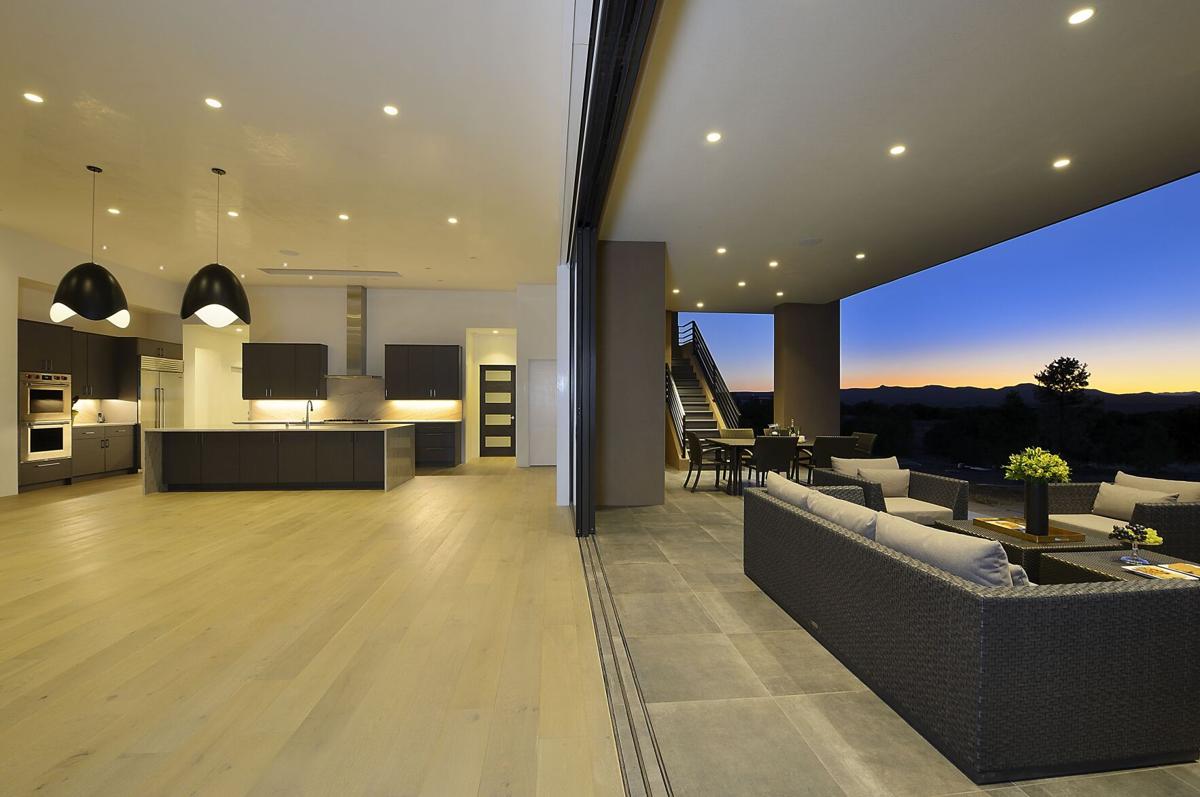 Outdoors as an easy extension of indoors: the Frank Yardman Construction entry in The Estancias

One of this year’s innovative “Concept Home” entries, this one by Arete Homes of Santa Fe 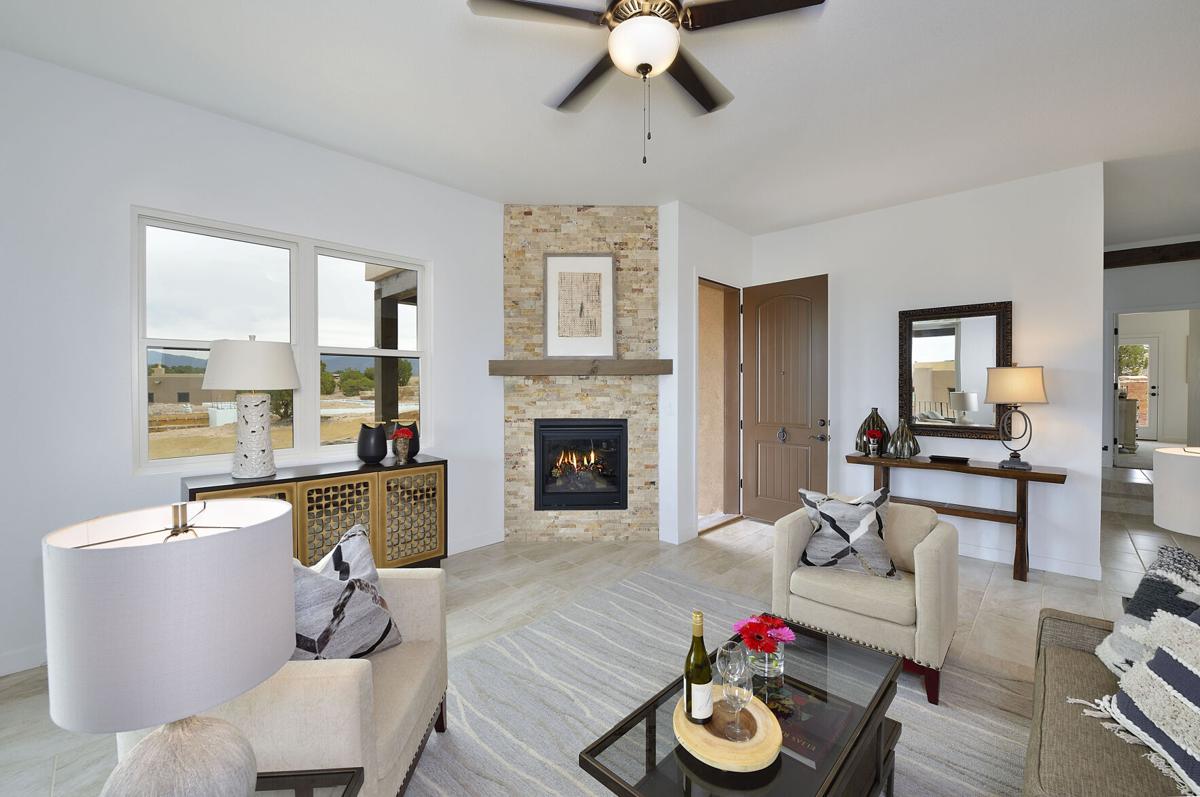 The living room in one of two Parade entries by Homewise, Inc. 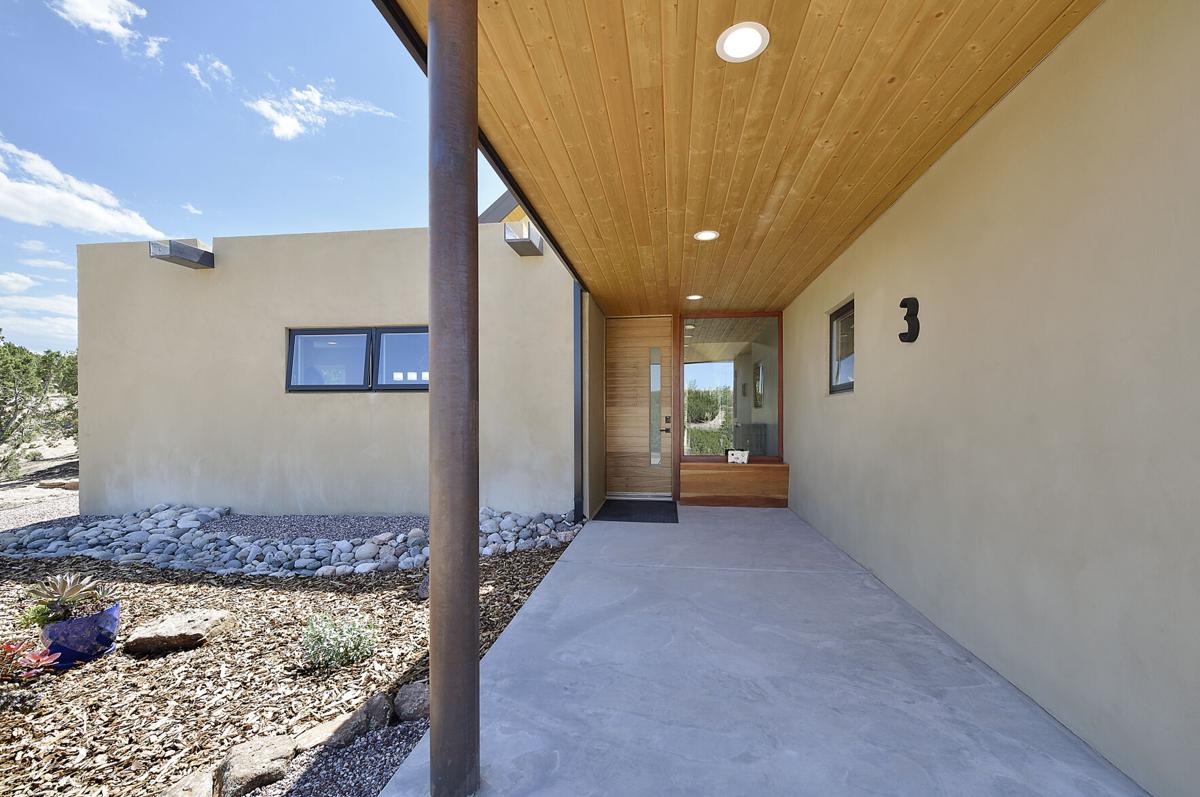 Portal entry of the Modern Design+Construction house on this year’s Haciendas: A Parade of Homes tour

Outdoors as an easy extension of indoors: the Frank Yardman Construction entry in The Estancias

One of this year’s innovative “Concept Home” entries, this one by Arete Homes of Santa Fe

The living room in one of two Parade entries by Homewise, Inc.

Portal entry of the Modern Design+Construction house on this year’s Haciendas: A Parade of Homes tour

On Friday, Oct. 16, the 2020 Haciendas: A Virtual Parade of Homes goes live. It’s about two months later than the typical Parade events of past years, during which a few thousand people walked through a selection of the best new houses in Santa Fe. This year, because of coronavirus restrictions, the sponsoring Santa Fe Area Home Builders Association has innovated a digital experience that includes virtual walkthroughs and interviews with the builders.

Also unlike the traditional tour held over two weekends in August, this one can be revisited into the future. “The virtual tour will go live on Oct. 16 and remain on the website indefinitely,” said Miles D. Conway, SFAHBA executive officer. “Folks can go back again and again to view all the home videos, photography, and descriptions.”

As always, the Haciendas entries will be judged in categories including craftsmanship, design, kitchen, master suite, and outdoor space. New for 2020 is a “Best Concept Home” category, in which there are four entries. Conway said the builder or architect of the best one will be awarded for “the most elegant and compelling computer-rendered design of a home that is to-be-built.”

“I think that’s super-cool,” said Bill Roth, Modern Design and Construction. He has one of the regular entries for a home he completed last spring on Escopeta Place. A retirement home for a couple from Denver, it will be judged in the $700-$1 million Parade price category.

“I am a big fan of the California midcentury modern movement, the Eichler homes,” Roth said. “I’ve always wanted to do one and I finally found clients who liked the idea. They came to me saying they wanted a pitched-roof living-room ceiling, and that’s a feature of that style, so it was, Oh, boy!”

The pitch is pretty dramatic, about 18 feet high at the peak.

“I like houses that are more horizontal than vertical, so I try to keep rooflines low. The surrounding parapet heights on this house are pretty low, then you see this big pitch that pops out of it.”

Roth’s affection for cool design and his priority on energy-efficient homes presented a challenge. “It’s an interesting balance to get that look and also a super-tight home,” he said.

The homeowners voiced their preferences at the outset. They presented the builder with a two-page list of everything they wanted, including room sizes. “They were awesome clients,” he said.

They did not want tile in the bathroom and were happy when Roth, who used to have his own plastering company, came up with waterproof plaster for the shower and tub surrounds. The clients also wanted green (growing) roofs, so they have them over each bedroom wing. The house is also green in the sustainability sense, with a photovoltaic array and a graywater system.

Roth said the process used to establish his virtual tour of 3 Escopeta Place was the same for every builder, for every house. “They hired videographer Daniel Nadelbach and he came out with a drone pilot and they did some really nice drone shots of the house. Then they came in and did a video walkthrough on the inside and around the outside, and shot a bunch of stills inside and out.

“Each entrant prepared a script of about 400 words and Daniel sat us down and put the script on an iPad and held it up in front of us and made sure we looked at him and not at the screen,” he said, with a laugh. “Then he asked a series of more specific questions, for instance whether there were certain features we’d like to talk about or things that caught his eye that he thought would interest other people, and he’d splice those in. So part of it was a face-to-face interview and the rest was used as a voiceover,” Roth said.

“It’s been a great process,” agreed Frank Yardman of Frank Yardman Construction. “Daniel is such a professional to work with. There are beautiful shots and videos of all the homes, and interviews with the builders. Those are pretty short; we’re really trying to capture our audience and give them as concise information as possible.”

Yardman has a house valued at $1.3 million in the Parade of Homes. It’s in The Estancias in Las Campanas and is described as “Southwest contemporary design.”

The frame walls with white Venetian plaster contrast beautifully with the warm wood floors. “Everything is blended so harmoniously,” Yardman said. “Jennifer Ashton was our interior designer and Lorn Tryk was the architect. We all worked with the owners from the first day on the lot through the design process and through completion.”

One of the stirring features of this home is the pair of sliding glass doors, 10 feet high and 25 feet wide, that open the living room to the spacious patio paved with Spanish porcelain tile. “It’s really blending outdoor and indoor living spaces; it’s just an extension,” Yardman said. “People gravitate toward that outdoor space the minute they walk in the front door.

“There are such beautiful views of the Jemez Mountains and we wanted to take advantage of them.”

It has often been a challenge for builders to complete their Parade houses by mid-August, and Yardman said he was grateful that he had an extra two months. “COVID has slowed things down, including delivery of materials. But we still met our extended deadline.”

The Parade of Homes has never been easy for the Santa Fe Area Home Builders Association staff. This year, the challenges were very different and demanded not only a lot of work but a good deal of creativity.

“I haven’t seen any home builders’ association or Realtor in the country doing what we are doing this year,” Conway said. “It’s the responsible thing to do and showcases these homes and the builders in an entirely new manner.”

Of course, tour-goers this year will miss the socializing and the exercise — but probably not the Parade fee, or the compulsory blue disposable shoe covers. Instead, the Parade will be a multimedia experience viewable on your smartphone, your desktop computer, or your television via wi-fi, screen mirroring, or streaming.

If a tour-goer wants to talk to the builder, the phone number will be right there next to the virtual tour. At press time, Conway said they were still working on the possibility of also having a “Talk to the expert” chatbot on the website.

Roth is very enthusiastic about the new tour format. “I think there’s a general concensus that this not be a one-and-done thing: I think it could be part of the regular Parade, going forward. The advantage to the builder is that media lives on. People go through the houses and maybe they write down your name, but then they go to the next house and it’s the last thing you see that you remember. But with this there’s a database and they can go back and see your house again.

“There’s always the advantage of talking to someone face-to-face, but this could be a great adjunct to the Parade in the future.”