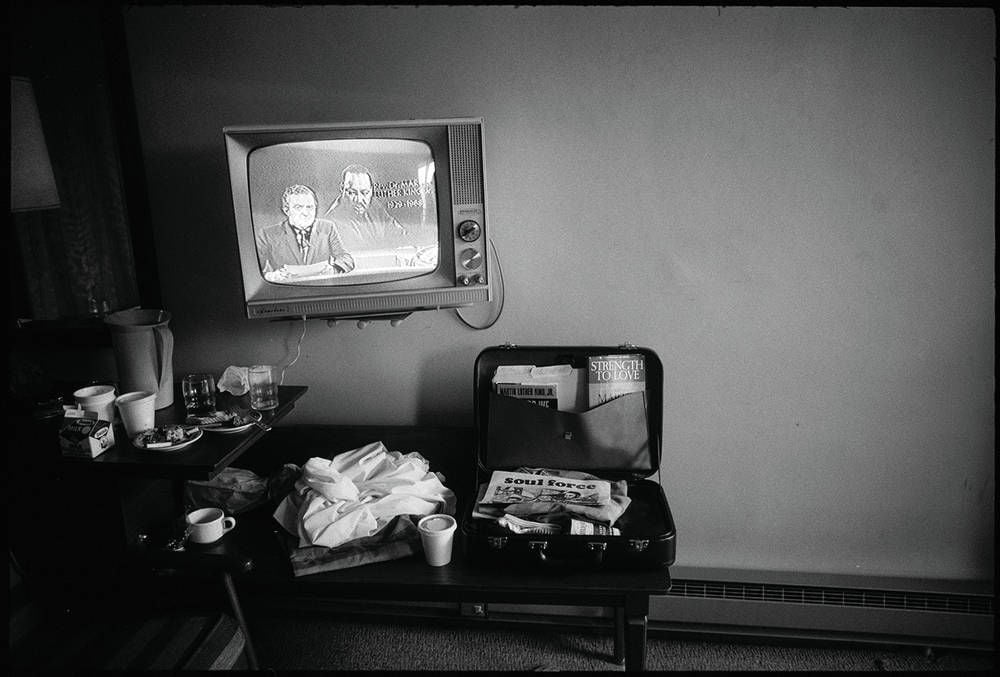 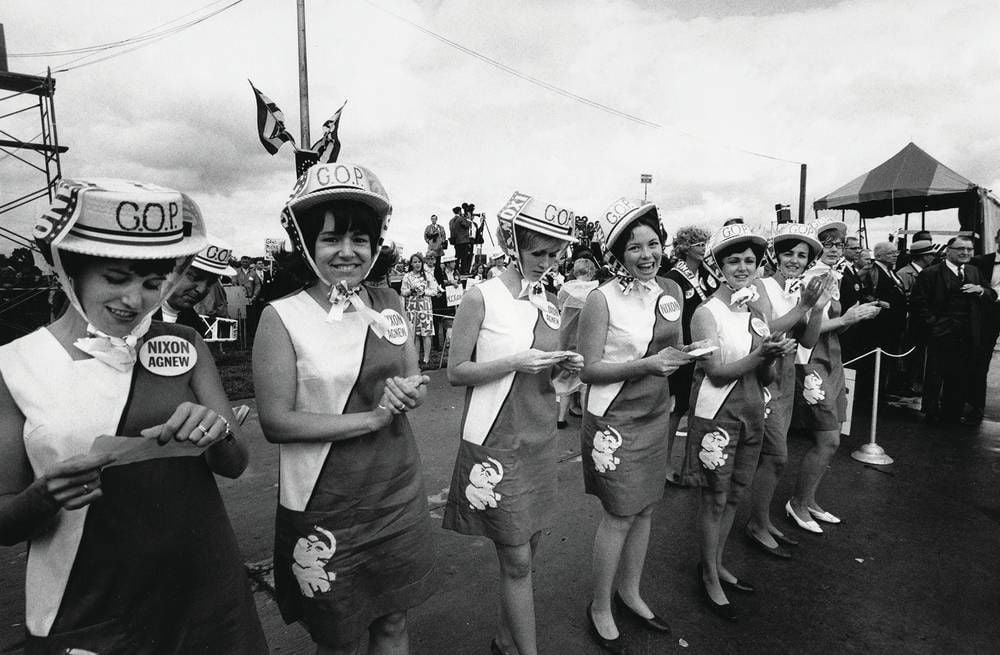 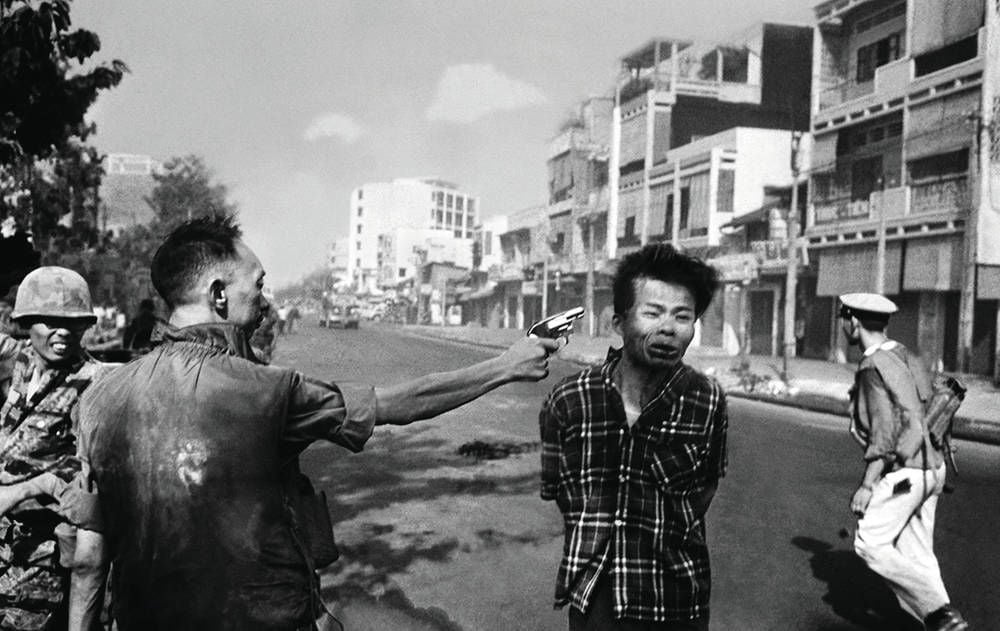 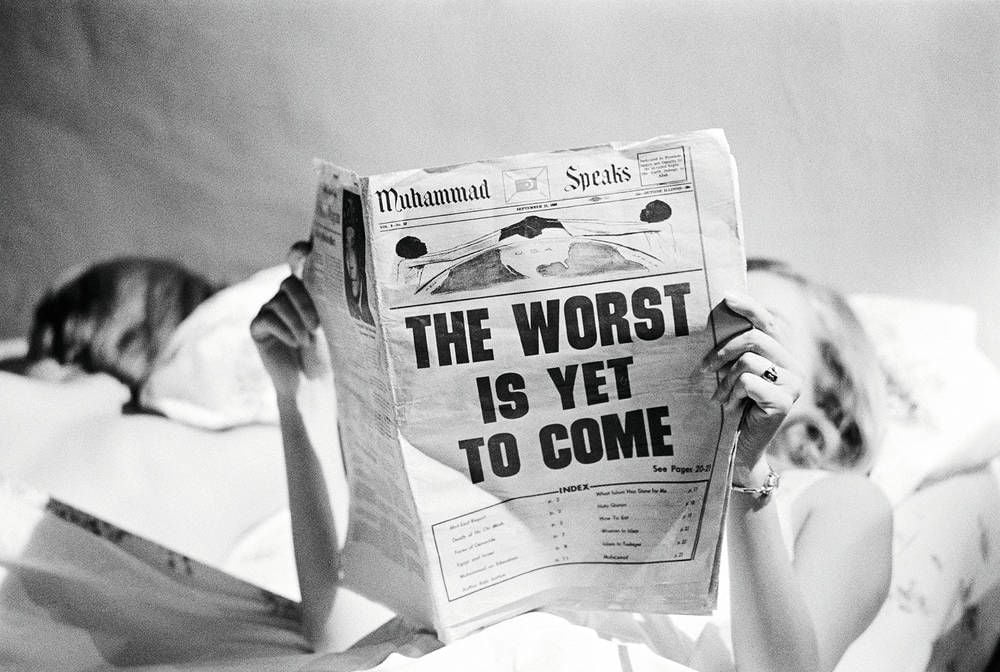 ©Steve Schapiro The Worst is Yet to Come, New York, 1968 ALL PHOTOGRAPHS COURTESY MONROE GALLERY OF PHOTOGRAPHY 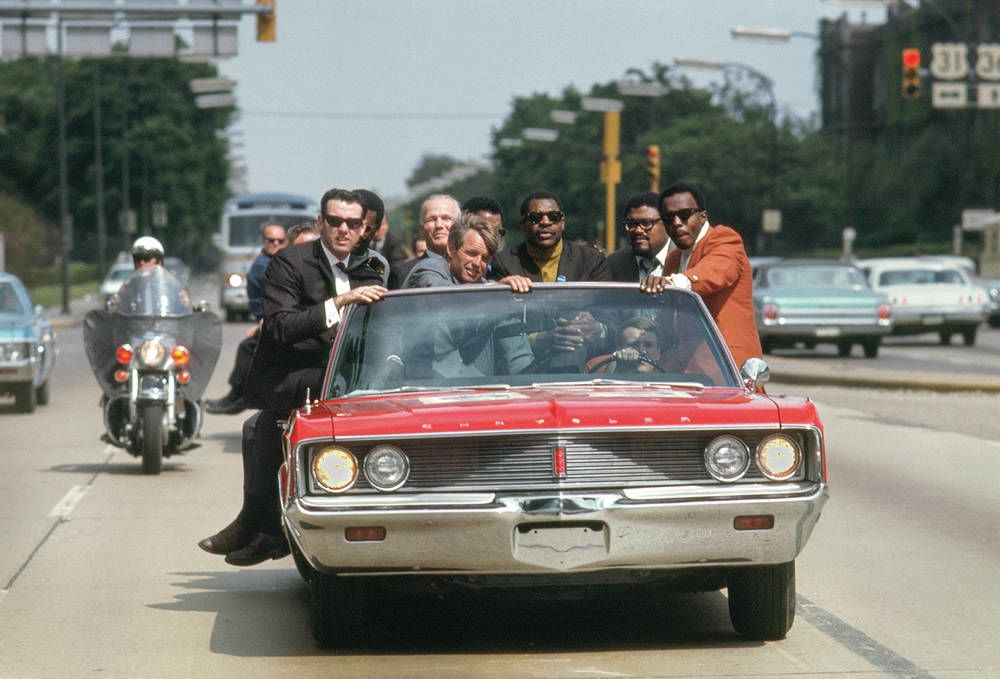 © Bill Eppridge: Bobby Kennedy campaigns in Indiana during May 1968, with various aides and former prizefighter Tony Zale and, right of Kennedy, NFL stars Lamar Lundy, Rosey Grier and Deacon Jones.Courtesy of the Monroe Gallery of Photography 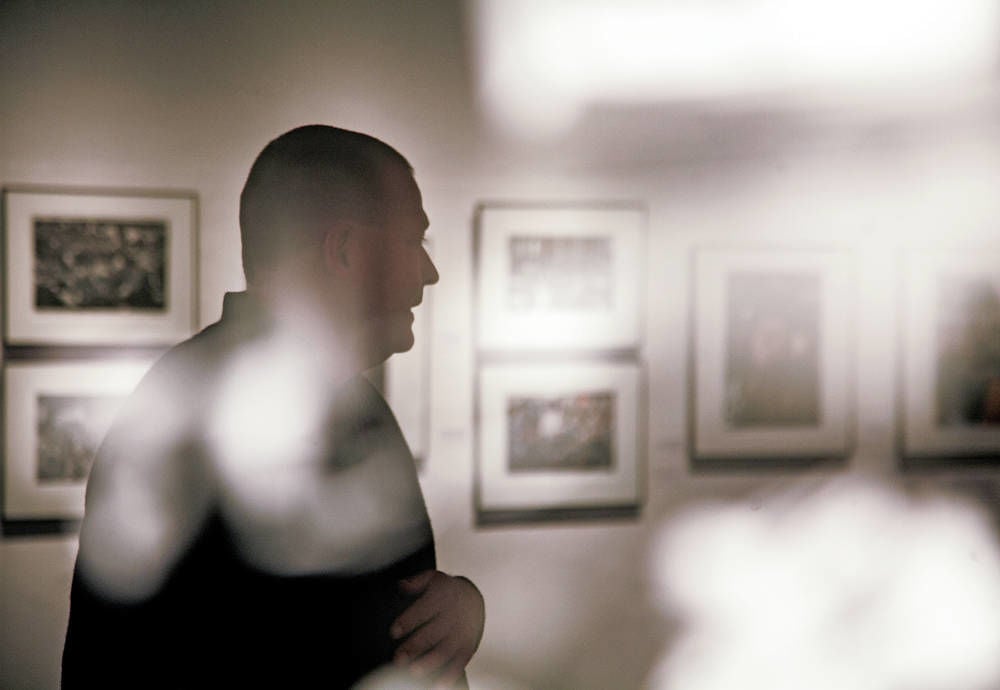 Sidney Monroe’s reflection in the glass of one of the photographs in the 1968 exhibit that is currently on display at the Monroe Gallery on March 12. Gabriela Campos/The New Mexican

©Steve Schapiro The Worst is Yet to Come, New York, 1968 ALL PHOTOGRAPHS COURTESY MONROE GALLERY OF PHOTOGRAPHY

© Bill Eppridge: Bobby Kennedy campaigns in Indiana during May 1968, with various aides and former prizefighter Tony Zale and, right of Kennedy, NFL stars Lamar Lundy, Rosey Grier and Deacon Jones.Courtesy of the Monroe Gallery of Photography

Sidney Monroe’s reflection in the glass of one of the photographs in the 1968 exhibit that is currently on display at the Monroe Gallery on March 12. Gabriela Campos/The New Mexican

The sound of a baton beating a demonstrator still rings in Art Shay’s ears, 50 years later.

It was a humid night in Chicago when Shay, a photojournalist who already had captured some of the most iconic images of the tumultuous 1960s, joined a throng of Vietnam War protesters at the Democratic National Convention.

As a police officer wound his arm back and swung, knocking a marcher to the ground, the photographer tripped his camera’s shutter, memorializing yet another pivotal moment in a pivotal year.

“At the time, I felt I was merely doing what any intelligent, ordinary person would do,” Shay, 95, said from his home in Chicago. “And I was of course proud to do my duty. I do have a different sense of it today. I have a sense of being part of the fate of our times.”

Today, Shay’s photograph, Clear the Park, hangs in Santa Fe’s Monroe Gallery of Photography alongside dozens of other iconic images snapped by photojournalists in 1968.

The temporary exhibit, 1968: It was Fifty Years Ago Today, kicked off Feb. 2 and runs through April 22.

It was a year that saw the assassinations of the Rev. Dr. Martin Luther King Jr. and presidential aspirant Robert F. Kennedy; escalation of the Vietnam War; chaos at the DNC; escalating civil rights tensions and mass protests in the nation’s capital.

Gallery owners Sidney and Michelle Monroe have amassed a collection of classic photos that they hope evoke the tension, optimism and despair of the day — Eddie Adams’s Street Execution of a Viet Cong Prisoner, Bill Eppridge’s images of Kennedy sprawled on the floor of the Ambassador Hotel, Shay’s shots of King in life and death.

Sidney Monroe said his original aim, to memorialize 1968, expanded when he keyed in on other themes — the evolution of photojournalism and similarities between the political climate of ’68 and today.

That year saw the election of President Richard Nixon, who ran on a tacit message of fear. Civil rights tensions came to a head with violent riots in the wake of King’s death.

“It’s likely that what we’re going through now is going to be seen in the future as a landmark period, similar to 1968,” said Don Carleton, executive director of the University of Texas’ Dolph Briscoe Center for American History. “… We’ll be looking back and seeing it as a sea change in American political culture.”

Carleton, an expert in American history and the history of broadcast journalism, will speak at the gallery from 5 to 7 p.m. March 23.

And even though Sidney Monroe said the quality of photojournalism at its highest level remains the same, the industry’s landscape is almost unrecognizable with the popularization of social media and smartphones.

“What I always loved about photojournalism stories was when they ran for 8 to 10 pages and really had a flow to them, so you really had an emotional experience with them,” said photographer Steve Schapiro, who has eight photographs in the exhibit. Today, he said, “there are very few magazines that publish longer essays.”

LIFE magazine ceased to exist as a monthly in 2000, while Look magazine, another photo-heavy publication, folded in 1972.

For Monroe, some of the most powerful images are the most understated — shots that might be less likely to appear in the pages of today’s publications.

One of his favorites from the exhibit shows a motel room.

King had been shot.

In the black-and-white image he captured, the room is dark, save for the glow of a television set, the dial tuned to the local news. King’s face floats, shadowlike, behind the newscaster’s.

“The physical man was gone forever,” Schapiro, now 83, remembered. “His material things remained, and then he still hovered above us. We could still hear his voice [on the newscast]. That, to me, became probably one of my most important pictures.”

What: Don Carleton, executive director of the University of Texas’ Dolph Briscoe Center for American History, speaks about photojournalism between 1968 and today