A stagecoach travels across the New Mexico landscape in a still from At the End of the Santa Fe Trail, a new pilot about the life of Sister Blandina Segale that recently wrapped filming in Santa Fe, Chama and Albuquerque. Courtesy image 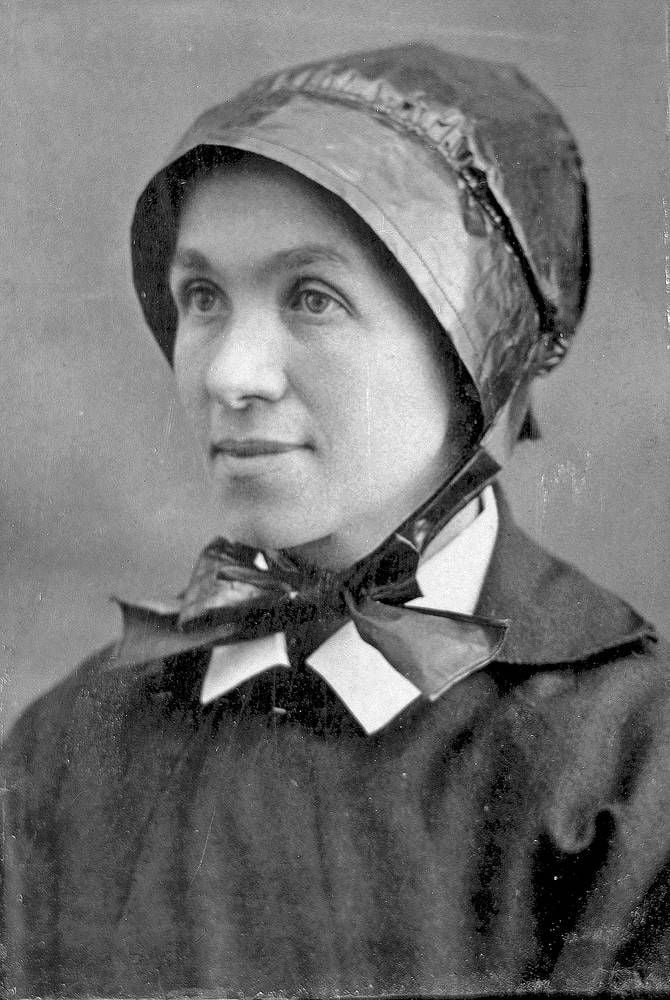 Alma Sisneros of Peña Blanca stars as Sister Blandina Segale in At the End of the Santa Fe Trail. Courtesy image

A stagecoach travels across the New Mexico landscape in a still from At the End of the Santa Fe Trail, a new pilot about the life of Sister Blandina Segale that recently wrapped filming in Santa Fe, Chama and Albuquerque. Courtesy image

The feisty young nun had learned she would be sent to Trinidad on a mission and was anxious to leave for Cuba. But two older male acquaintances insisted she first be warned about cowboys.

The men informed her she had confused her assignment. She’d be traveling to Trinidad, Colo., a map-speck of a mining town in the distant and dusty Southwest territories, not an island settlement in the Caribbean. And on the territorial plains, there were cowboys. Women of virtue, the men cautioned, were not safe in the presence of cowboys.

Their warnings did not impress the short, spirited Sister Blandina Segale. She later wrote in a letter, “Mentally I was wishing both gentlemen were somewhere else.”

But the nun, dispatched from her Ohio schoolhouse alone at just 22, began to lose her nerve as her stagecoach rattled down the Santa Fe Trail. Fear turned her stomach, and she could not eat, turning down meals to the consternation of her driver. “The cowboys were in my mind,” she wrote.

One night, stopped outside an adobe hut in the Colorado Territory, she heard footsteps approaching the coach. Her heart pounded. The driver opened the door and said she would have a traveling companion — and tall man in a broad-brimmed hat stepped in before the terrified nun could utter a word of protest.

The cowboy sat down next to her. She knew he brought her death and began to pray desperately.

“I expected he would speak — I answer — he fire,” she wrote. “The agony endured cannot be written. The silence and suspense unimaginable.”

Despite these inauspicious beginnings, the diminutive Italian-born nun, best known simply as Sister Blandina, came to cut a larger-than-life figure against the backdrop of the American Southwest.

And the fraught cowboy-in-the-coach episode, in which Sister Blandina was abruptly introduced to her new rough-and-tumble environs, might likewise introduce a television audience to the iconic character.

The scene features in a new pilot, At the End of the Santa Fe Trail, based on Sister Blandina’s collected letters. Production wrapped Thursday after filming this month in Santa Fe, Albuquerque, Chama and Antonito, Colo.

It is a heady time for all things Sister Blandina: As producers work to secure a full order for the series with a distributor like HBO or Amazon, Vatican investigators continue to review the nun’s qualifications for sainthood.

Both pursuits center on letters Sister Blandina wrote to her sister, Justina, also a nun, across the late 19th-century decades Blandina spent in the Southwest.

The letters were originally published in 1932 at the urging of New Mexico state and church officials, who saw in them valuable first-person accounts of a transitional period in the area’s history.

Tomas Sanchez saw the potential for quality television. And it had to be television: Sister Blandina’s life was too expansive to squeeze into one feature-length film, said Sanchez, the director and executive producer.

The reams of material — Blandina talking a mob out of hanging an accused murderer, her staredowns with a “Billy the Kid” figure, her confrontations with tightfisted lawmakers over funds for schools, her co-founding the first hospitals in New Mexico — would cover several seasons, Sanchez said, and perhaps two dozen episodes.

Sanchez, an Albuquerque native, has worked on local productions as a director, producer and stunt coordinator. He’s watched other New Mexico pilots — he mentioned Breaking Bad and In Plain Sight — start small and quickly pick up momentum.

“I think this is another one that could go that way,” Sanchez said.

“This is a story people need to hear, and she’s a positive female role model,” he added. “It’s not a story that’s just about the Catholic Church; this is about the history of the Southwest.”

The pilot is currently in postproduction; Sanchez said he is scheduled to meet with distributors next week in Los Angeles.

Alma Sisneros, the New Mexico actress cast as Sister Blandina, sought to underscore the nun’s nondiscriminatory compassion, her willingness to tend to an injured outlaw just as she would an orphan.

Sisneros, a native of nearby Peña Blanca, taught elementary students in Bernalillo and Albuquerque for 11 years before she first gave acting a shot some six years ago. This shared experience, as well as Sisneros’ Catholic background, has made the role the most meaningful of her career, she said.

And Sisneros anchored her performance in a bit of method research. For three days, she lived with the Sisters of Charity in Cincinnati, the order Sister Blandina joined in 1866 at the age of 16. She met a 101-year-old nun there, a woman who said she nursed Sister Blandina in the years before her death in 1941.

“They’re so enthusiastic about Sister Blandina, what she did, her cause,” Sisneros said of the Ohio convent.

Sister Blandina’s road to canonization began in 2014 — the first time the Catholic Church investigated a candidate for canonization in the state of New Mexico. And the process is developing more rapidly than even her Vatican petitioner anticipated.

“We’re pretty freaked out,” said Allen Sánchez, president of CHI St. Joseph’s Children, with a chuckle. “We didn’t know that within years, not decades, it’d be moving.”

The Vatican is in the final stages of its inquiry into Blandina’s heroic virtue, Sánchez said, after which she would be venerated, in church nomenclature. Sánchez expects that to be successful, as well as the next phase of the investigation, beatification, which would require proof of one miracle performed through Sister Blandina’s intercession.

If another miracle can be verified, Blandina would then be a candidate for sainthood, which would be conferred by Pope Francis.

Investigators have turned up nine potential miracles, Sánchez said. The overwhelming sum bolsters his confidence in Blandina’s chances to the point that he offers a prediction: Blandina, an Italian immigrant herself, would be named the patron saint of immigrant children.

Regardless of the outcome at the Vatican, At the End of the Santa Fe Trail will help spread Blandina’s message of nonviolence, her compassion for the poor, her advocacy for health care and public schools, her immigrant success story — all particularly relevant, given current events in New Mexico and the broader U.S., Sánchez said.

And, Sánchez said, “what’s so important about her is there were a lot of women who did great things, and they don’t always get their story told.”

The cowboy who intruded on Blandina’s coach was, it turned out, more frightened of the nun than she of him.

He hesitantly broke the ice, and after some back and forth, he confessed he hadn’t written his mother in six years. Blandina counseled him to write her as soon as he left the coach.

“I will, so help me God!” the nun recalled him saying.

“To think that this lubberly, good-natured cowboy had made me undergo such mortal anguish,” she wrote.

Soon after, when the coach reached the outskirts of Trinidad, Sister Blandina looked out on the foothills, breathing in the Southwest, what would become the great adventure of her life.

Jason Coviello, a Denver-based actor who plays the cowboy in the pilot, was initially unfamiliar with Blandina. But he did his homework, he said, and quickly came to revere her; he recalled how he and Sisneros, traveling in the stagecoach back to base camp after a day’s shoot, spoke about the nun in hushed tones.

“There was this wonderful, eerie feeling where you get chills just speaking her name, sending out some prayers to her — asking her to help us tell her story,” Coviello said. “How blessed we were to be a part of it.”

If you missed the weekend papers, we've got you covered here.