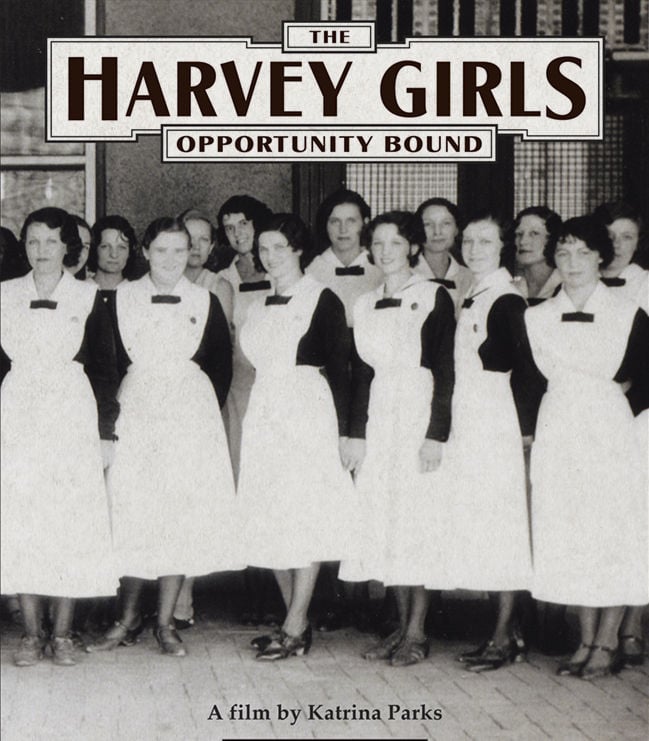 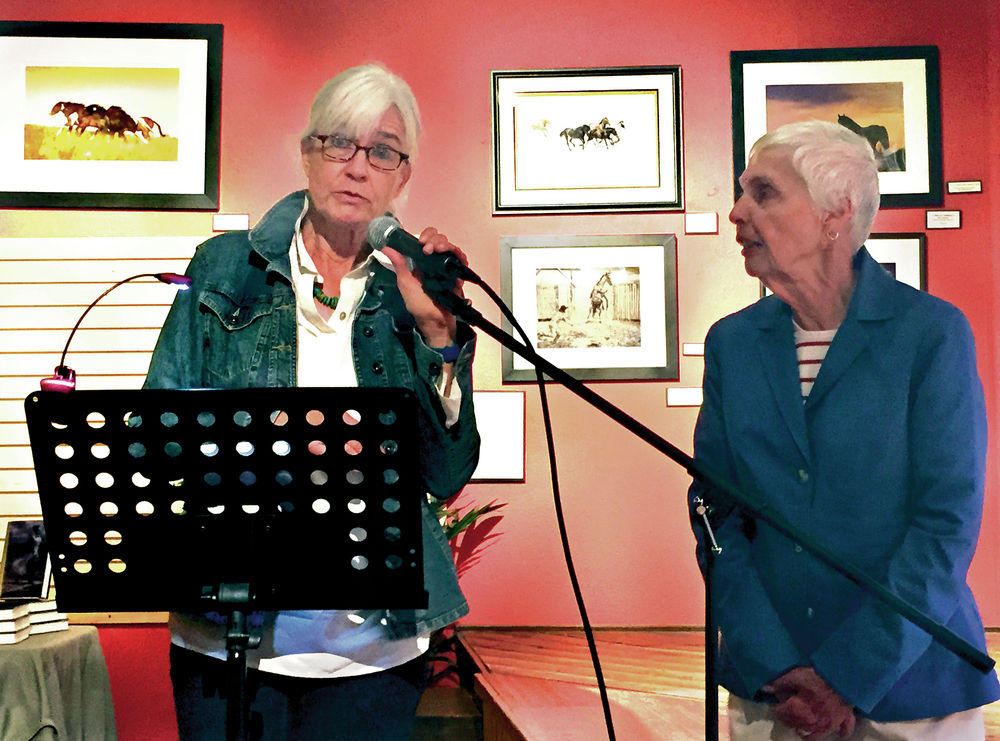 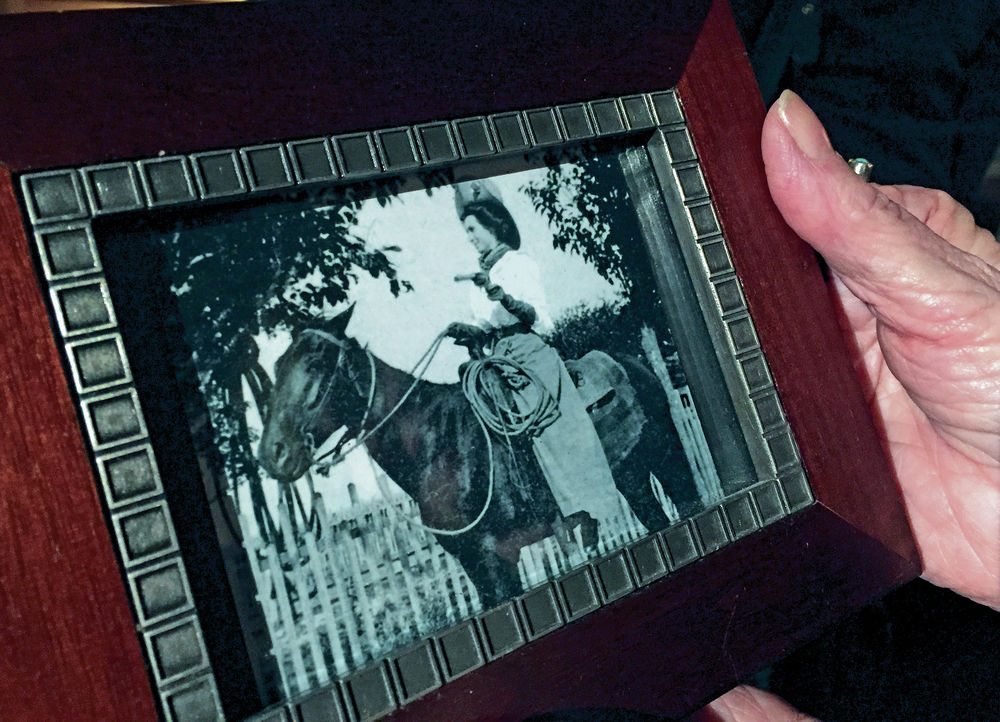 Local resident and author Jann Arrington-Wolcott displays a photograph of her grandmother, Catherine Whelan Daniels, who confessed late in her life to having worked as a Harvey Girl. Margaret Wright/The New Mexican 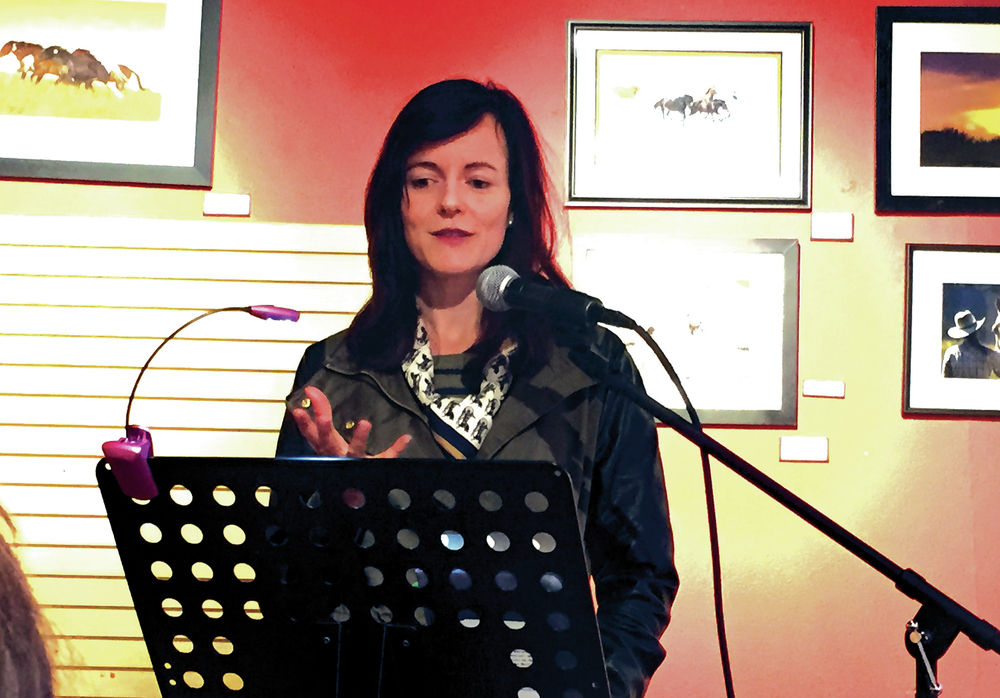 Filmmaker Katrina Parks directed the The Harvey Girls: Opportunity Bound, a documentary that delves into the experiences of some of the 100,000 pioneering young women who came west to work for the Fred Harvey Co. Margaret Wright/The New Mexican 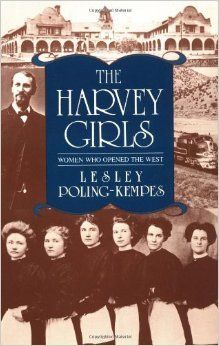 Local resident and author Jann Arrington-Wolcott displays a photograph of her grandmother, Catherine Whelan Daniels, who confessed late in her life to having worked as a Harvey Girl. Margaret Wright/The New Mexican

Filmmaker Katrina Parks directed the The Harvey Girls: Opportunity Bound, a documentary that delves into the experiences of some of the 100,000 pioneering young women who came west to work for the Fred Harvey Co. Margaret Wright/The New Mexican

No monuments or signs commemorate them. In fact, they often were relegated to history’s sidelines. But the women who for decades ventured to work in iconic Fred Harvey establishments along the Atchison, Topeka and Santa Fe Railway line are gradually getting their due.

Mayors of Santa Fe and Albuquerque, along with Gov. Susana Martinez, have declared Saturday as Harvey Girls Day in honor of more than 100,000 women who helped transform the West.

Their adventures began in 1883, when the girls began answering Fred Harvey Co. ads in newspapers throughout the Midwest and along the East Coast. Wanted: Well-mannered young women ages 18 to 30 years old to work as waitresses in dining rooms attached to remote stops along the new railway.

They’d sign contracts committing to work a minimum of six to nine months. The next step usually was rigorous preparation in Kansas City or Chicago. Then the Harvey Girls would head into relatively unknown territory.

Three contemporary women devoted years to researching and documenting the Harvey Girls’ legacy. They gathered this week for a presentation at the Collected Works Bookstore as a lead-in to the Saturday commemoration, which includes the screening of a documentary, The Harvey Girls: Opportunity Bound. It will be shown at the KiMo Theater in Albuquerque.

Lesley Poling-Kempes, a longtime resident of Abiquiú, published her authoritative history in 1989 titled The Harvey Girls: Women Who Opened the West. Her work on the book led her across 11,000 miles to interview 76 people in seven states. She drew on handwritten letters and telephone directories to seek out her interview subjects, many of whom were in their 80s and 90s.

“They weren’t even sure that what they’d done was important,” Poling-Kempes said. “The response I usually got when I’d call them was, ‘Well, I don’t have anything interesting to tell you.’ But they always did.”

The women were ordinary people, but they’d committed themselves to extraordinary tasks for the terms of their employment, Poling-Kempes said.

“It was a terrifying ordeal in the beginning, certainly, for many of the young women who were coming out of small towns or off of small farms. There were a lot of immigrant women. They needed to work, so they came out here. And what an adventure they had.”

For many, that adventure landed them in the ground-level lodging rooms of Santa Fe’s La Fonda, which was a renowned Harvey House. It was also a coveted assignment among Fred Harvey’s staff. Many of the company’s waitresses fell in love with a local or the setting and stayed in New Mexico after their employment with the company ended.

“Here a lot of the Harvey standard started to soften and weaken, like everything else in Santa Fe,” Poling-Kempes said with a chuckle.

Filmmaker Katrina Parks first learned about the Harvey Girls when she was working for artist Judy Chicago in Belen, another one of the railroad’s Harvey House stopovers. Parks spent years writing, directing and serving as executive producer of the Opportunity Bound documentary. She is still archiving material she collected after meeting many former Harvey Girls in New Mexico willing to share their memorabilia and recollections.

Some waited on tables in the old Albuquerque airport’s Kachina Room restaurant. Others worked at Albuquerque’s once-grand Alvarado Hotel, which was razed in 1970. Several who’d worked in the 1950s and ’60s for the Fred Harvey Co. were single women supporting families. One helped found the New Mexico branch of the National Organization for Women.

“They had a very different experience than the early Harvey Girls, but in their minds, it was just as legitimate,” Parks said. “I was very intrigued with this kind of feminist angle I felt could be explored. That gave birth to the film.”

Albuquerque-based writer Carolyn Meyer pored over the work of both Parks and Poling-Kempes during research for her young-adult fiction book, Diary of a Waitress.

“It’s one thing to write about it and live vicariously through these characters. It’s another thing entirely to do what these women actually did,” said Meyer, adding that she marveled at the level of perfectionism demanded of the young women.

“She had a great deal of shame about it,” Arrington-Wolcott said, “because at that time, she’d come from a wealthy Irish Catholic family in Corpus Christi, Texas. She got pregnant and left with a Protestant, and they ran to Silver City.” According to family lore, her husband was later killed in a gunfight. Left alone with a small child, Arrington-Wolcott’s grandmother found work as a Harvey Girl.

Poling-Kempes said Harvey Girls faced fierce stigma in their work as waitresses, especially in places such as Texas, where people looked down on any single woman living in the upper floors of a hotel, even regarding them as prostitutes.

“They were always trying to overcome that,” she said, and it didn’t help that Harvey Girls stood out in other ways. Because they earned their own income and were given free railroad passes as a fringe benefit, they were usually well-dressed and well-traveled, which could cause friction with locals.

Yet all in all, she said, “They loved their time as Harvey Girls. They loved being responsible and being taken seriously, living on their own. They were also part of these really amazing places: Santa Fe, Las Vegas, the Grand Canyon. … And they would send their paychecks home. They saved many family farms. They’d buy clothes for younger brothers and sisters, and they were proud of this. They were powerful women in this little, ordinary life of a waitress.”

Poling-Kempes said the process of writing her book taught her that their stories are instrumental to understanding the history of the West.

“It took me about six years of research, interviews and writing to understand why their stories were important, that their counterparts were cowboys and miners and railroad men. And yet it took so much to fight for their right to have a place in history here.”

Sneak Peek at the Documentary, 'The Harvey Girls: Opportunity Bound' - The Local Show

People get so full of themselves.

My mother-in-law, Maria Dolores Martinez Madrid worked at as a Harvey Girl in her teens and early adulthood, as an Elevator Operator. Other members of her family also worked as Harvey Girls. I don't know if you have any interest at this point beyond what you have written, but she lives in Santa Fe, at 415 Kathryn Place, 505-982-6684. She and the other family members worked at La Fonda Hotel. She met her husband, Demetrio Madrid at La Fonda. He also worked there, in what capacity I don't know?
If any questions, feel free to call me, Marty Espinosa....405-885-5765, or email me.
Thank You