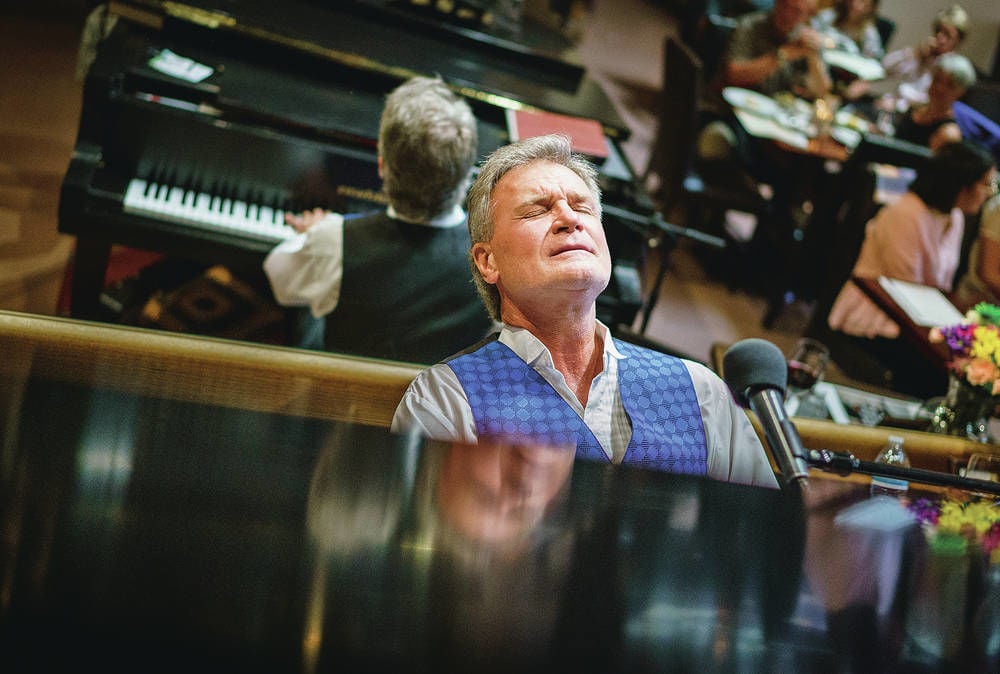 Doug Montgomery plays Tuesday in the piano bar of Inn at Vanessie. He has been performing there for 35 years, often drawing large crowds. Craig Fritz/for The New Mexican 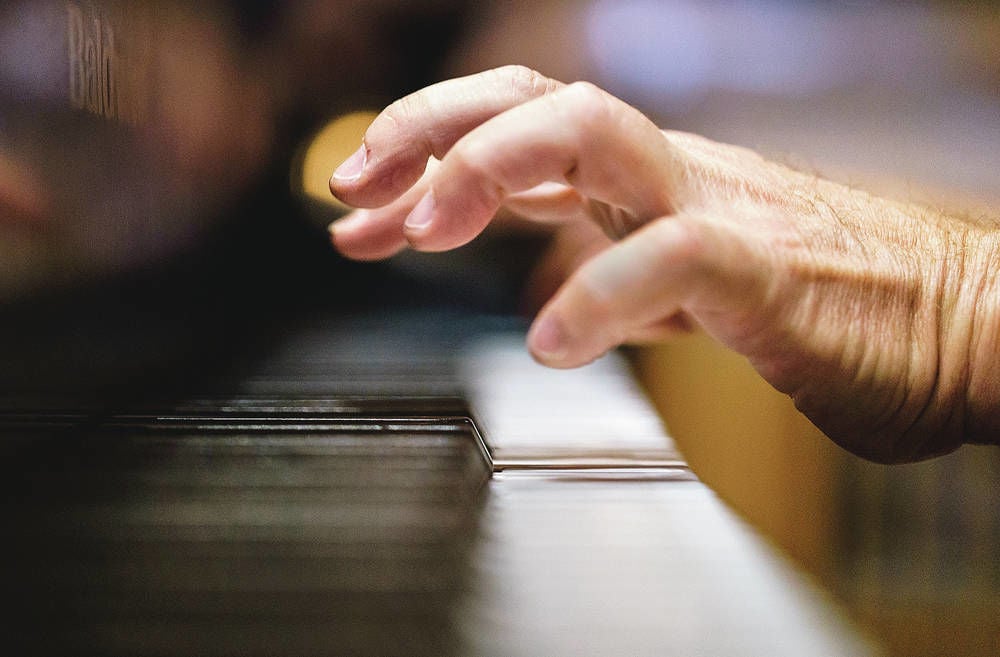 Doug Montgomery tickles the keys Tuesday in the piano bar of Inn at Vanessie. Craig Fritz/for The New Mexican

Doug Montgomery plays Tuesday in the piano bar of Inn at Vanessie. He has been performing there for 35 years, often drawing large crowds. Craig Fritz/for The New Mexican

Doug Montgomery tickles the keys Tuesday in the piano bar of Inn at Vanessie. Craig Fritz/for The New Mexican

The lounge at the Inn at Vanessie in Santa Fe is no Double Deuce. But Doug Montgomery has been mistaken for the late actor Patrick Swayze.

The 64-year-old Montgomery marked 35 years Sunday as the piano man at the lounge on West Water Street with a 3½-hour set interspersed with tributes from his admirers. It was much like any other night for Montgomery, who can play anything from J.S. Bach to Frank Sinatra to Elton John, except for the three decades-plus of memories his audience shared.

“There wasn’t too much breathing room in there and people wanted to talk and visit,” Montgomery said Monday. “We had a great time. The evening went so quickly.”

Montgomery, a native Chicagoan, former model and graduate of the the Juilliard School, said he has played regularly at the lounge since he was 28. Not that he sat still. He intermittently played stints in Palm Springs, Calif., cruise ships from Italy to Alaska and cities large and small, he said.

But Vanessie is home base, he said. He has a stable fan base there, and the place was packed Sunday, said Anastasia Carter, Vanessie general manager.

In airports in years past passersby sometimes approached Montgomery for his autograph, he said, based on his resemblance to Swayze, who played an erudite bouncer at the fictional Double Deuce in the 1989 film Road House.

“I thought they recognized me as Doug Montgomery at Vanessie,” he said.

Montgomery started playing the lounge when it became known as Vanessie, according to a November 2012 profile in The New Mexican. His repertoire includes classical compositions as well as show tunes and the Great American Songbook. He closed the anniversary show with his own arrangement of Leonard Cohen’s “Hallelujah.”

Another 35 years may be a stretch, but Montgomery said he’ll keep playing as long as he has fans.

“They’re closer to the end than the beginning, but I still get young people in there,” he said. “If I don’t have an audience anymore, I’ll know because I won’t be able to pay the bills.”