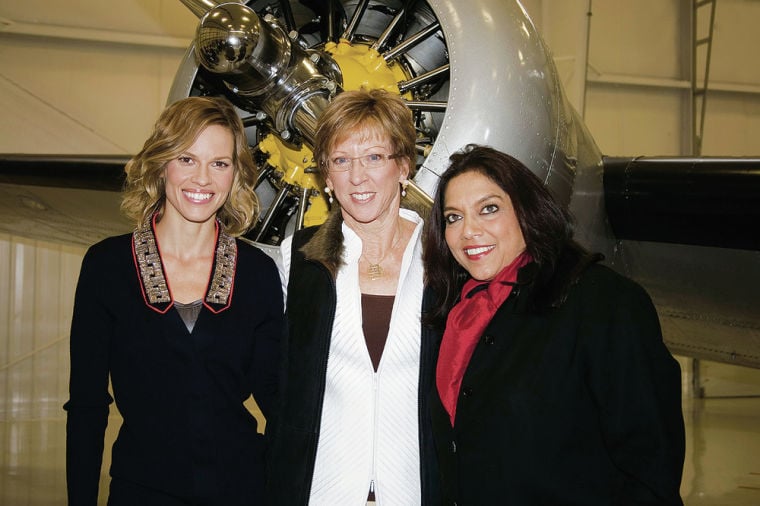 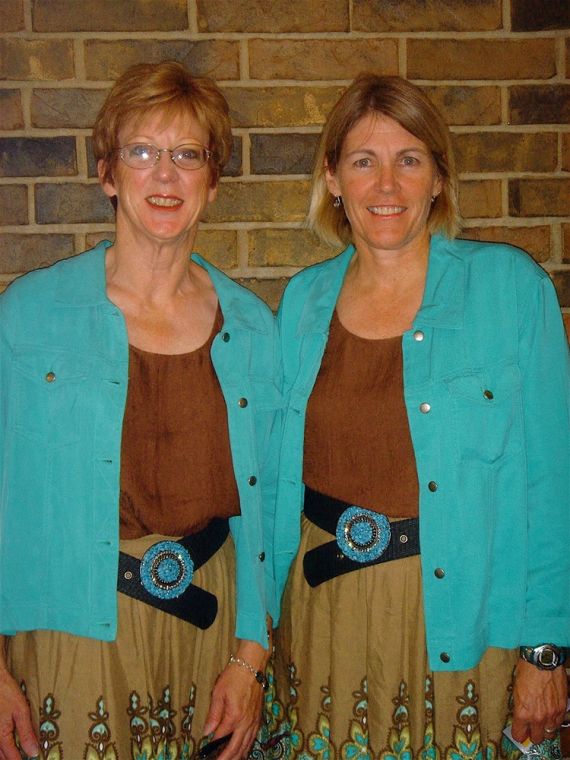 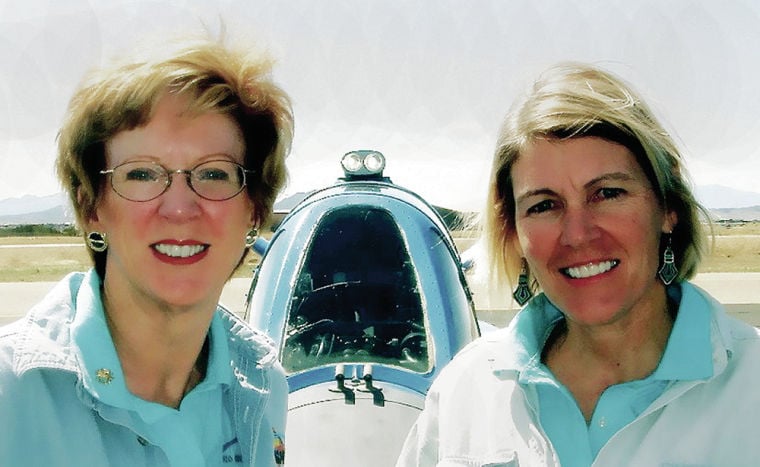 Susan Larson and her plane, a 1976 Cessna 182 Skylane that she affectionately calls Mikey the Red Nose. She has owned the prop plane since 1985. Courtesy photos

Susan Larson’s love of flying has led her to locales such as Oklahoma City, New Zealand and a rocket launch in Kazakhstan.

“You hear it more than anything,” Larson said of the launch. “We stood out there in the dirt. It was beautiful.”

Most recently, the Santa Fe pilot’s interest in aviation took her on a four-day voyage across the country, competing in the 2,338-mile, all-female Air Race Classic. The race started Monday in Concord, Calif., and zigzagged across the Midwest before concluding Thursday in New Cumberland, Pa.

Larson said the planes have staggered starts — so the last one to cross the finish line could be the winner. Additionally, the racers aren’t competing against each other, but rather they are racing against themselves and the elements.

Every racer has a handicap speed based on a number of factors, such as the plane’s model. Prior to the race, Larson said, planes make a couple of test runs with a special judge at 6,000 feet of elevation to determine the pilot’s handicap speed. The pilot’s goal during the race is to fly consistently faster than that handicap, and the pilot who finishes the race with the greatest difference between actual speed and handicap speed is crowned the winner of the Air Race Classic.

Factors such as wind and inclement weather can affect a plane’s speed, so racers must fly strategically, Larson said.

The race, she said, takes pilots through rural towns and villages that are often skipped over by major highways, though they always have an airport.

“They’re usually smaller towns, and they’re so happy to see us,” Larson said. “It’s seeing this country in a totally different way.”

Larson hails from Northern California, and for most of her professional life, she worked there with the Larson Pallet Co., started by her father. She started flying airplanes about 35 years ago, and it was initially was a matter of convenience. She had spent a day traveling to an out-of-town trade conference, she said, and when she arrived, a plane landed right next to her. She considered her brutal car ride and decided that next time, she would fly.

Larson went to her local airport, where she started taking flying lessons.

The most daunting challenge didn’t come while she was in the air, she said.

“The hardest part was getting back into the car,” Larson said. “I had to think differently.”

Larson purchased her first plane in 1985. She still flies that 1976 Cessna 182 Skylane. The plane, affectionately named Mikey the Red Nose for its red tip, is a small prop plane, and it has seen its fair share of repairs.

Larson has twice replaced the engine, has given it two new paint jobs and has replaced the interior once. But she speaks of it lovingly and equates the aircraft to that of a sturdy but finicky truck, kind of like the ones country stars croon about. She admitted she has thought of getting a newer plane, but she hasn’t been able to get rid of Mikey.

“The basics of an airplane haven’t really changed,” she said. “Everyone drools for something faster. But I can’t sell the first one because I love it so much.”

Larson, who grew to love flying so much that she actively sought out excuses to get in the air, joined the Ninety-Nines, an international aviation club for women that has claimed among its members some noteworthy pilots such as Amelia Earhart, Fay Gillis Wells and Louise Thaden. One of the group’s current members, NASA astronaut Shannon Walker, prompted Larson to attend the rocket launch in Kazakhstan.

“These people are sharp women, very active and very adventurous,” Larson said. “And they come from every walk of life.”

Larson started working for the group in roles such as newsletter editor. It wasn’t until 2001, when she moved to Santa Fe, that Larson started to take on more administrative responsibilities. Her first big role was as treasurer.

Eventually, Larson became the international president of the Ninety-Nines, a position she held for four years.

“Aviation has pulled me in a lot of directions,” Larson said.