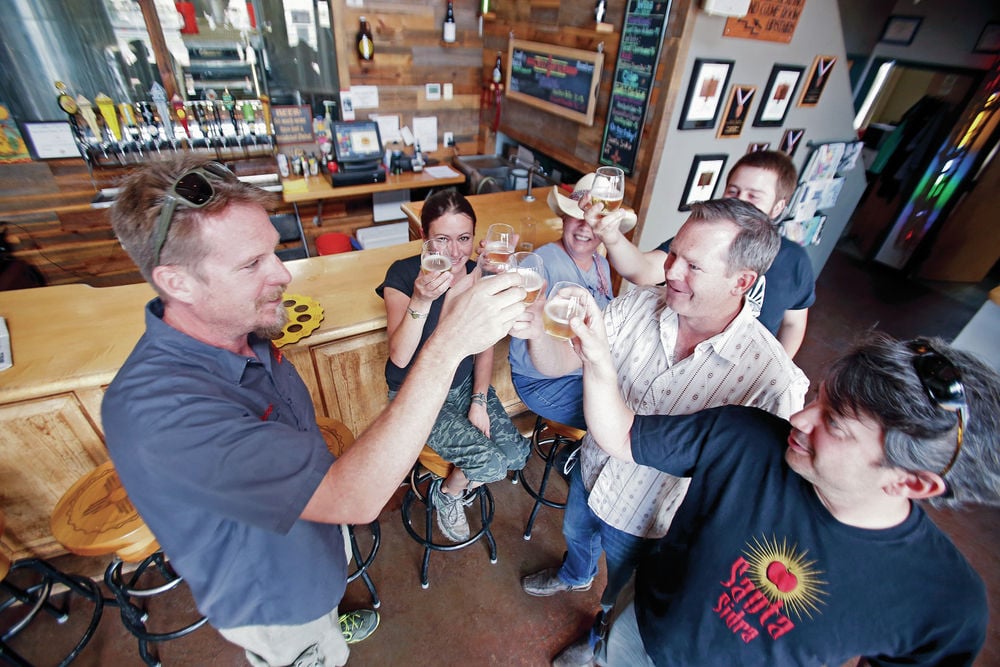 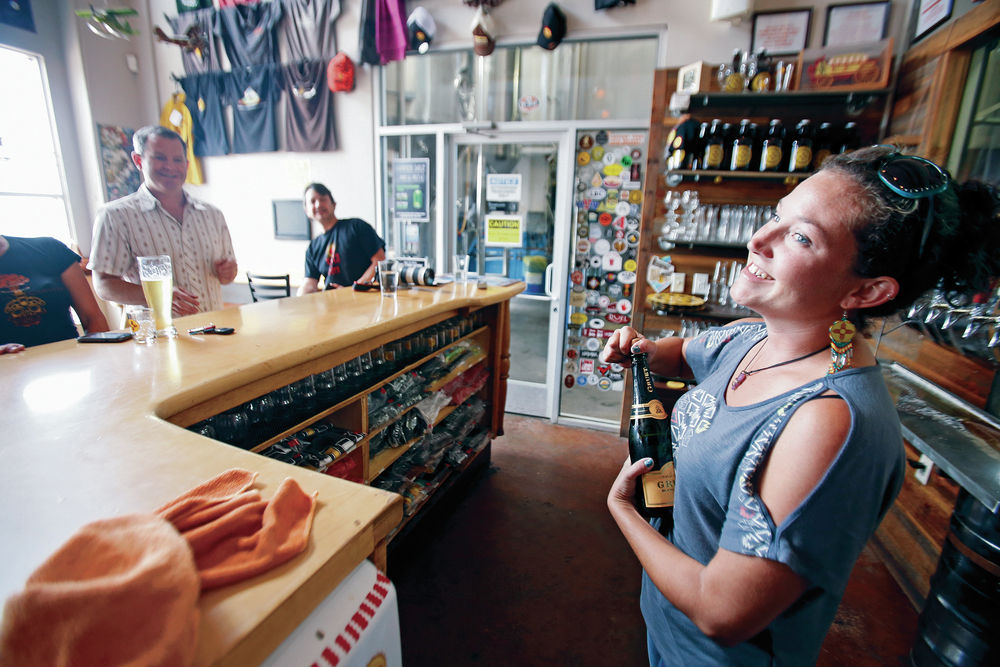 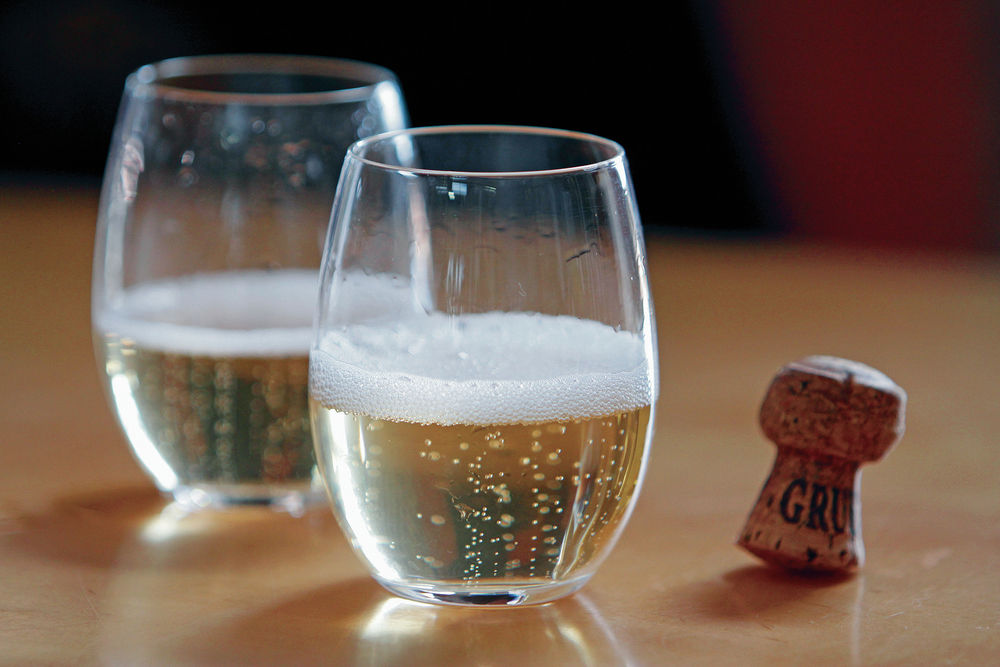 Brian Lock, the owner of the Santa Fe Brewing Co., lifted his effervescent glass of sparkling wine inside the brewery’s taproom while surrounded by members of the beer, wine and cider industry.

“I don’t ever have a chance to drink Champagne in this place,” he said before toasting a new law that took effect Wednesday that allows New Mexico breweries to serve locally produced wines and vice versa.

The new law was one of several passed by the Legislature this year benefiting craft beer makers, a signal of the state’s acceptance of the booming industry as an economic driver. While the law helps the makers of other alcoholic beverages as well, the growth of niche breweries in cities like Santa Fe and Albuquerque in recent years has put the state squarely on the map of craft beer aficionados.

But not everyone visiting the growing abundance of taprooms in the state wants beer. That’s why Chris Goblet, the head of the New Mexico Brewers Guild, believes the new law will help the industry find even more customers.

Among the other new state laws that help craft brewers, one makes legal the selling of growlers — 64-ounce containers for draft beers — and another would allow larger breweries to rent their space and equipment to smaller breweries just entering the business. Another new measure allows local brewers to have a tasting room at their brewery and at three off-site taprooms. Previously, state law allowed only two taprooms for each brewery.

Mike Zercher, owner of the local cider company Santa Sidra, is especially excited about the brewery/winery law. To produce cider, he needed a winery license. That meant he couldn’t sell his cider, which is carbonated and more closely resembles beer than wine, in breweries around the state.

But on Wednesday, Santa Fe Brewing Co. employees were putting up signs advertising Zercher’s cider. He said he also already has distribution deals with several Albuquerque breweries. Zercher said the new law is good for apple growers, too. He uses their apples to produce his cider.

“The more cider sold, the more apples I buy,” he said.

Lock said patrons at the Santa Fe Brewing Co. taproom in Eldorado have long clamored for wine. The new law allows him to meet that need. In fact, he was so excited about the law coming into effect, he started advertising wine sales a month ago.

Mark Matheson stands to doubly benefit from the new law. He owns Matheson Winery and also serves as head brewer at Bernalillo brewery, Cactus Brewing. Starting Thursday, the brewery will carry his wine, and his winery will carry the beer he brews at Cactus.

It seems intuitive that Matheson would be able to sell his creations at either location, but he said that was something he never thought about.

“It was always just the way things were,” he said. But he’s definitely excited about exposing his wines and beers to new customers.

Wineries also benefit in a unique way from the new law.

Beverly Stotz, the executive director of the New Mexico Wine Growers Association, said many people want to host their weddings at vineyards. That makes sense, she said. Wineries, with their abundant greenery and ample outdoor space, make for picturesque weddings. The problem? Wineries used to only be able to serve wine.

“And not everybody who goes to a winery likes wine,” she said.

Thanks to the new law, Stotz said, wineries can offer a wider refreshment selection, and potentially land more weddings.

“This is going to be huge,” she said.

Correction: An earlier version of this story erroneously reported that a case of beer is equal to 31 gallons. A barrel is actually 31 gallons of beer. A case is a different measurement.  The story has been amended to reflect the correction.