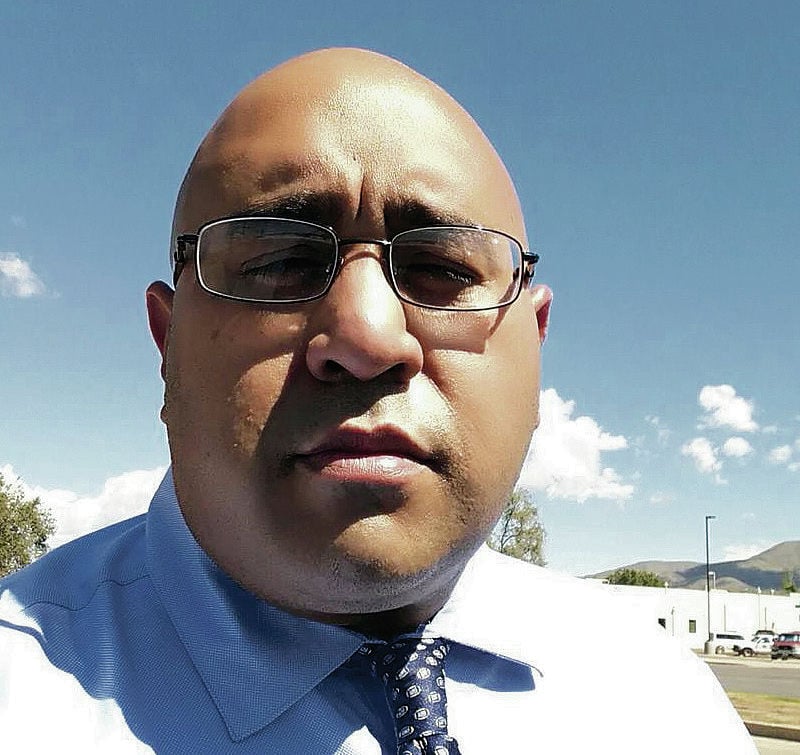 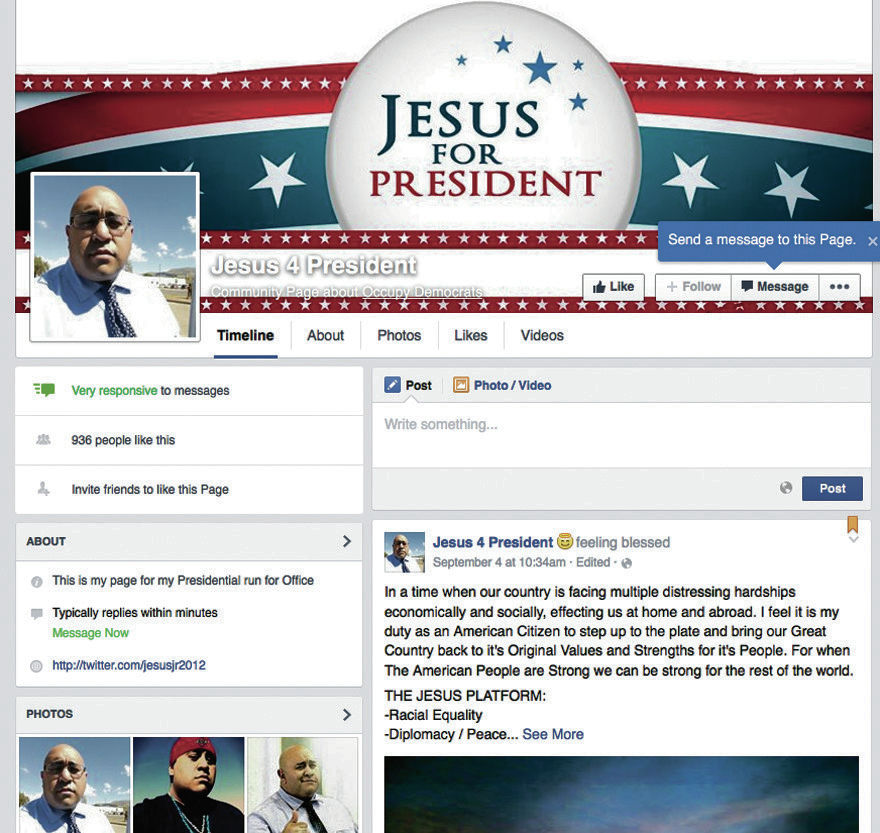 ALAMAGORDO — The 2016 presidential elections just got more interesting. Actor Jesus Payan Jr. has just announced that he is running for president as a Democrat. Payan, who is known for his roles in the television hit series Breaking Bad and Better Call Saul, calls the Tularosa Basin and Alamogordo his home.

Payan was born in Madrid, Spain, to American parents on a military base. His father is a 20-year veteran of the U.S. Air Force. Payan is a U.S. citizen, a choice he made when he was 18 years old.

Payan said his parents married in El Paso and were immediately stationed in Spain. “I had the choice to be Spanish or American,” he said. “I chose American.”

He spent the first part of his childhood in England, he said, and then his family moved to California. “We were later stationed at Holloman Air Force Base,” he said. “We were stationed there four separate times, and eventually my grandmother wanted to live here. We ended up buying property up here, and I went to high school here. I’m an Alamogordoan. This is where I call home.”

Payan denied that his bid was a publicity stunt and said he is serious about becoming a presidential hopeful.

“I take it very seriously. I’m studying hard on legislation, Congress, how to write policies, immigration reform and the list goes on. I’m making sure I see everyone’s point of view. I have many people — because of my acting career — that write me from other countries. At first they would say they love my show Breaking Bad, but then it changed,” he said. “I started getting messages asking for advice and prayers for natural disasters that have happened and wars.

“I have people writing to me from Australia, Japan, Morocco and all over Europe because of Breaking Bad. I just can’t see this unique situation that I’m in and not use it in a positive way.”

Payan said part of his decision to run for president is based on his experiences of growing up as a minority. He said he has been targeted his whole life because of his ethnicity.

“I’ve been targeted by police,” he said. “Later, as an adult still targeted by police … when I went to go ask for help by my own government and officials here, I was met with disrespect and mocked for my race. That was a huge part of it. The other part was when Bill Richardson was running for president, he had me go with him to a few of his campaign speeches as a person to watch out for, and I was representing all actors from New Mexico. That was my first taste of politics.”

Payan said he is not against the police, but wants to fix a system he believes is broken, especially when it comes to Native Americans.

“I am not for hating police, I’m not for revolution,” he said. “If it takes me to become the president of the United States to help the people of this country that is dealing with racism, oppression and so much other things, then so be it. I’m going to do that.”

Payan said “the last straw” was the mine wastewater spill that tainted the Animas and the San Juan rivers. “I visit a lot of reservations, and I see so much death and suicides,” he said. “… The fact that these people gave up their land for us as a nation and they’re being treated like this by their own government is unacceptable.

“When I heard the elders crying that they were losing their culture, there was hopelessness in their tears that just broke my heart because I’m Native American myself. I’m not just a Chicano. It hit me at home. Our people have lost their history, and it’s horrible. At that point, I stood up and I said I was so upset with our country, and I said I was going to stand up for all of them. For every Native American nation, for every minority and every person regardless of their skin color.”

Payan also said he is ready to face Republican candidates and challenge their idealogies. One candidate he would like to face is Donald Trump, who has made several comments targeting Mexicans.

“He is in no way president material in my eyes,” Payan said of Trump. “The only thing I hear from his supporters is that he speaks his mind. Well, drunk people speak their minds. It does not make them presidential material.” The wave of support for Trump, after his disparanging comments, is “a mockery to our system,” he said.

“It’s 2015, there shouldn’t be any argument on equality, period, on any citizen,” he said.

Payan also said he will no longer play stereotypical roles in Hollywood films or TV series, as it fuels a negative image of minority people.

“I vowed a year ago to no longer play negative roles in film or television. … This is not about publicity for me, this is not about fame. I’ve gone to the point in my life and all the philanthropy I’ve been doing that I see so much pain.”

• To learn more about Payan’s campaign and platform, visit his Facebook page at www.facebook.com/JesusforPresident2016.

Hubris is a bad motivation to enter the national political arena. But, then... they all do it. Act locally at first, Jesus, just like the Lord Jesus did.

You might be wise to get your start by running for president of your homeowner's association.

How patently ridiculous. But not, of course, to progressive liberals who live in the Land of Make Believe. Let's all agree how nice it is that this fellow is grandstanding when he surely knows he hasn't a prayer. "Hello. Notice me. I'm special. Repeat ad nauseum." Just because this act is obviously shallow and superficial, it's no reason not to heap praise upon the joker. Let's pretend. Let's all just pretend really hard.