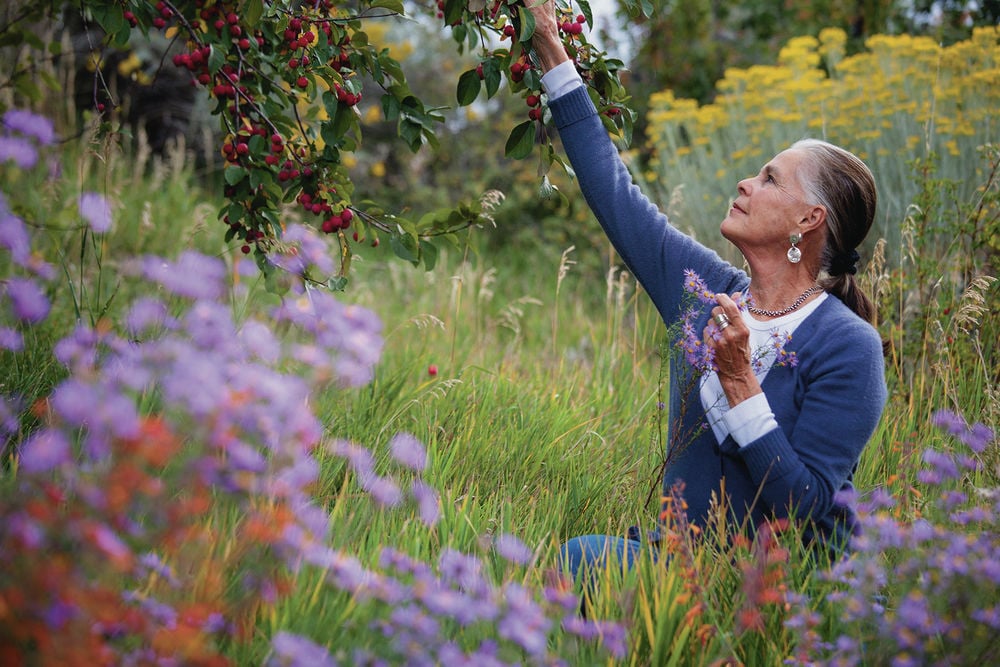 Ali MacGraw strolls through the Randall Davey Audubon Center in Santa Fe. MacGraw, along with three others, will be recognized Sunday as a new Santa Fe Living Treasure for her many years as a community-minded ambassador. Courtesy Genevieve Russell 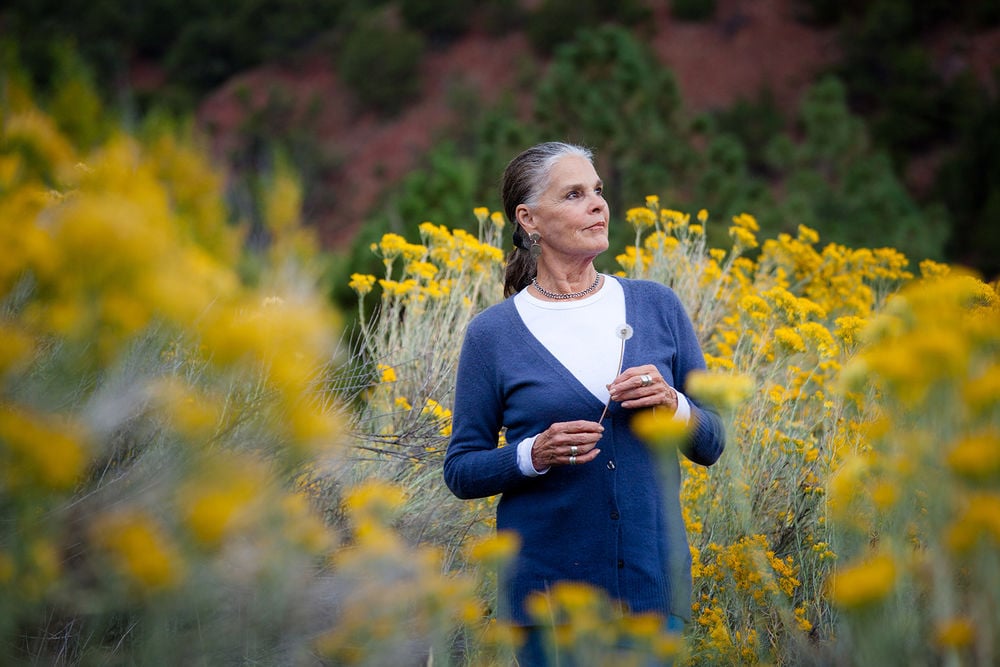 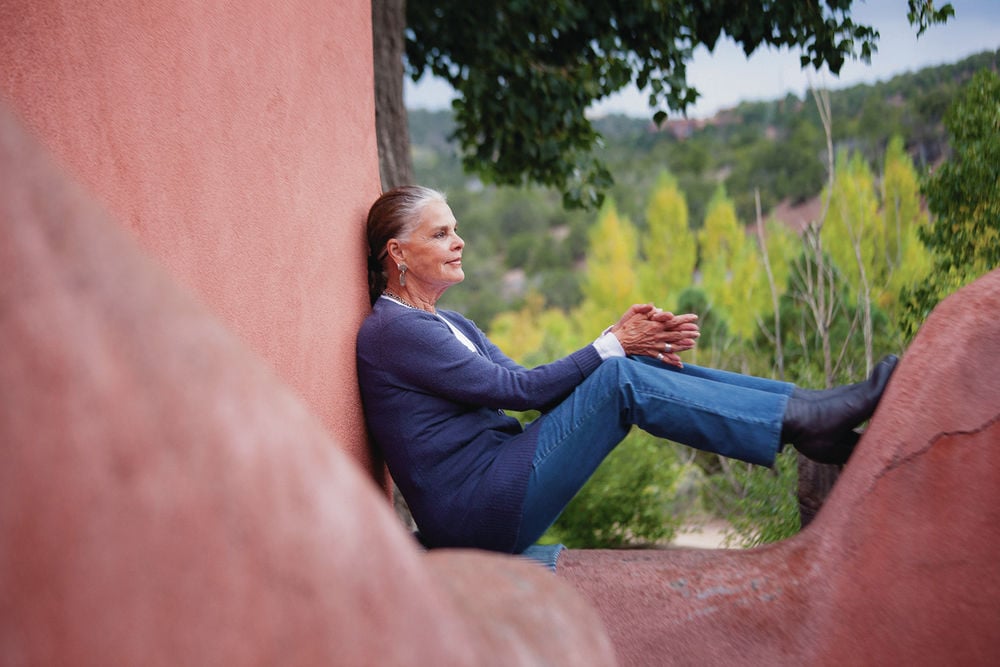 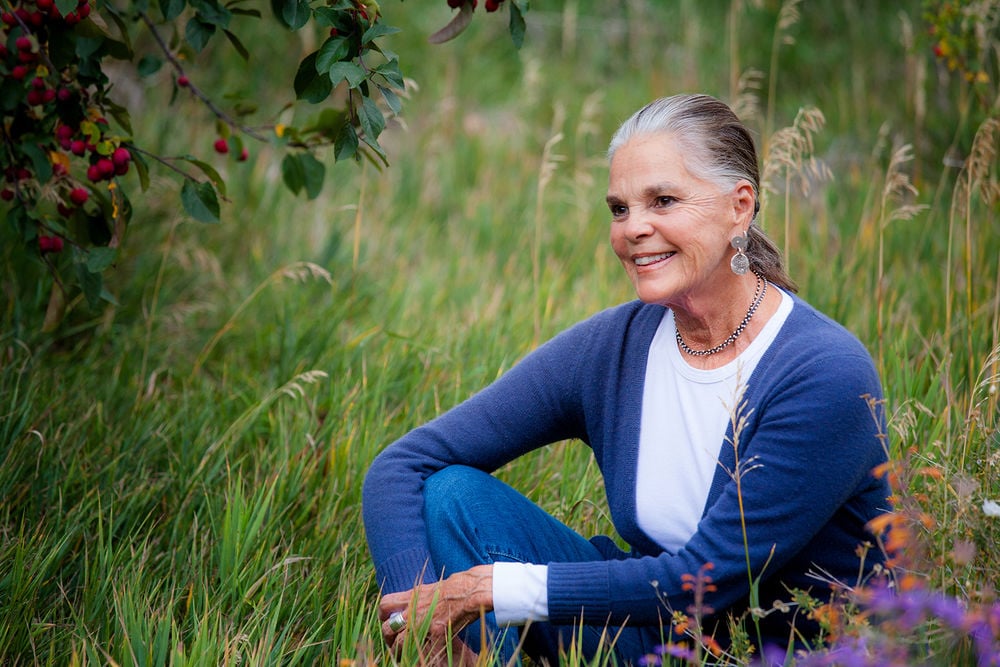 Ali MacGraw strolls through the Randall Davey Audubon Center in Santa Fe. MacGraw, along with three others, will be recognized Sunday as a new Santa Fe Living Treasure for her many years as a community-minded ambassador. Courtesy Genevieve Russell

Not for film or TV work. She hasn’t been in the Hollywood business for many years now.

It was a fundraiser that brought the erstwhile actress to Tinseltown. The Hong Kong-based Animals Asia Foundation is trying to save Asian black bears, which are hunted for their bile, and MacGraw is friends with the founder. “They’re doing remarkable work,” she said.

The real highlight of visiting L.A.: Time spent with her 5-year-old grandson.

The 77-year-old Tesuque resident has been an activist for innumerable local and global causes, from the welfare of captive chimpanzees in Alamogordo to the economic self-sufficiency of women around the world — longer than she was ever on Hollywood’s A-list.

MacGraw is being recognized during a public ceremony Sunday as one of four new Santa Fe Living Treasures for her many years as a community-minded ambassador.

Nominated for a Best Actress Academy Award in 1971 (Love Story, alongside Ryan O’Neal), she is no stranger to a spotlight. But the idea that she would be applauded for her advocacy work leaves her aghast. Normally eloquent, she couldn’t help sputtering at the thought — exasperated, near disbelief.

“I’m a token of what this is about,” she said. “Santa Fe could give a damn what I used to do for a living. I’m sometimes asked to be a voice, because [organizations] think somebody saw Love Story and will listen to me, I guess. Why else?”

But sometimes, she allows, the movie work can be put to work: “If the right people say, ‘Here’s what we’re about,’ maybe 10 extra people will come. … It seems productive to me to use what fell off a job I used to have.”

To hear MacGraw tell it, she’s merely “an ant” in Santa Fe’s broad network of helpers. She might record a PSA, or emcee a fundraiser, or write a small check to champion an under-the-radar cause, but no one person makes a difference in a vacuum, she said.

Lisa Jennings, executive director of Animal Protection of New Mexico and a longtime friend, said MacGraw “uses her very large life to involve herself in everything good that could possibly be generated all over the planet.”

“We have been so very fortunate to have someone like Ali, to have someone well-known and respected in the community, as an advocate,” said Ona Johnson, director of Dollars4Schools at the Santa Fe Community Foundation, where MacGraw sits on the advisory committee. “She has the ability to take the word out so, so much farther than we could individually.”

Jennings recalled MacGraw’s participation in some of the group’s various — ultimately successful — campaigns over the past two decades: Fighting invasive chimpanzee research, and pushing for tougher animal-cruelty penalties and a ban on cockfighting.

MacGraw was in the Cabinet Room at the Roundhouse on the day in March 2007 when then-Gov. Bill Richardson signed Senate Bill 10, banning the practice of cockfighting in New Mexico.

The importance of community was instilled in MacGraw by her parents, who were both starving artists. But they were educated and curious, she said, and their values, along with the family’s circumstances, taught her to appreciate small gifts. “Giving even a dollar,” she said, “is a very moving concept.”

It helped her remain grounded when stardom struck out of the blue. And in 1994, when she moved into the Tesuque home where she still lives, she identified with a community that was chipping in all over the place: Whether food drives, Christmas presents for poor children, extra mentoring at public schools, winter coats for homeless teens or an hour at the animal shelter, there was no shortage of opportunity for the charity-minded.

“I am so awed by so many people who live in Santa Fe who do such remarkable stuff, quite under the radar,” she said. “… All of us doing just a little changes the whole temperature.”

Johnson, of the Dollars4Schools community-donation program, described MacGraw as the ideal partner: Proactive, prepared and passionate. “She doesn’t see Santa Fe as just a place,” Johnson said. “She wants to make it the best it can be for families. She is very vested and invested in that change, in making it better.”

MacGraw, an animal lover to her core, always has some combination of “cat or cats, dog or dogs,” she said. But she’d have more than that if she could. “If left to my own devices,” she notes dryly, “I would have a yak.”

Asked what she would feed such a pet, she was quick to reference an adopt-a-yak fundraiser held on Canyon Road some years ago. “We have a fabulous Tibetan community,” she said, laughing at the multicultural serendipity of it all, “who would be very quick to tell me what they would eat.”

“I can’t get over what is possible in our town,” she added. “But we can’t take it for granted. We have to each pitch in.”

Since he graduated from St. Michael’s High School in 1949, Rodriguez, 85, has found success in many local businesses and served three terms as a Santa Fe County commissioner.

Whitehills, among newest group of Living Treasures, made career of giving back

“I think we both grew up in families where it was just sort of understood that we had an obligation to give back and help other people,” says Ben Whitehill, 86.

What: Living Treasures ceremony, honoring four residents: Ben and Carolyn Whitehill of Santa Fe, Rudy F. Rodriquez of Santa Fe and Ali MacGraw of Tesuque. The event is open to the public.

This is the third of three stories about newly named Santa Fe Living Treasures, who will be honored during a ceremony Sunday.