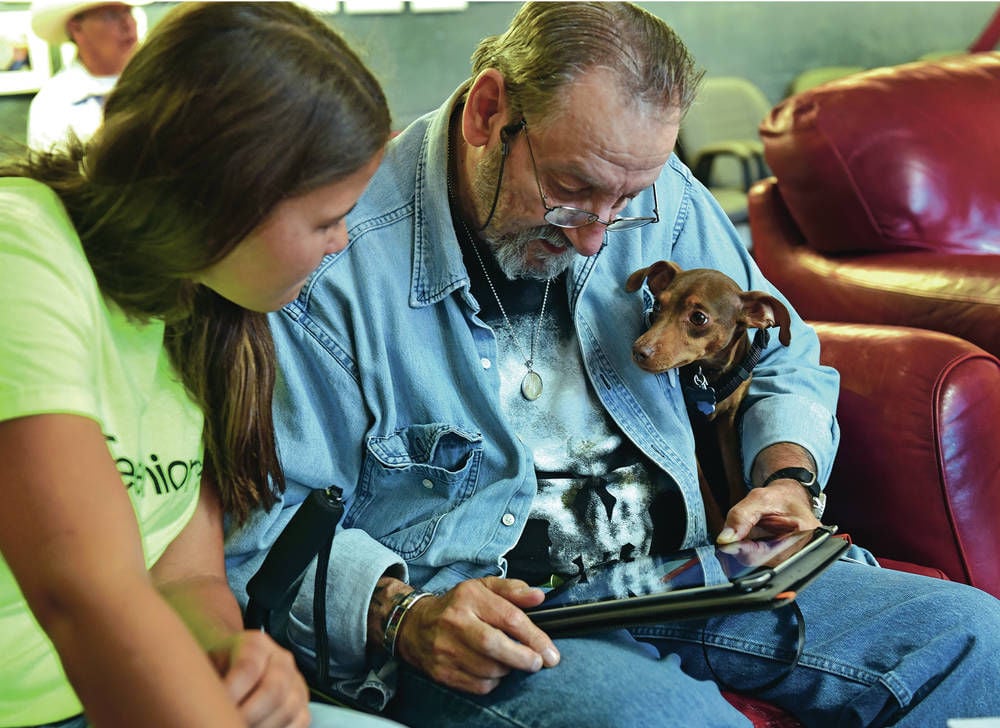 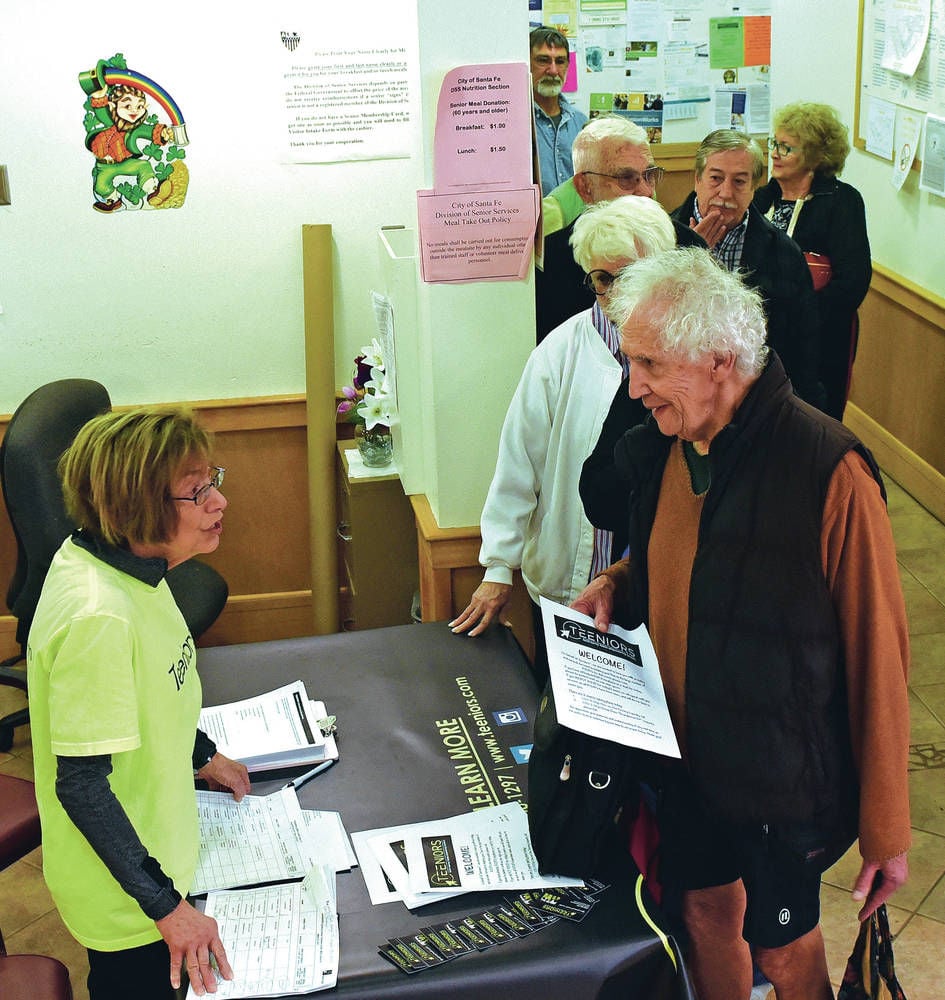 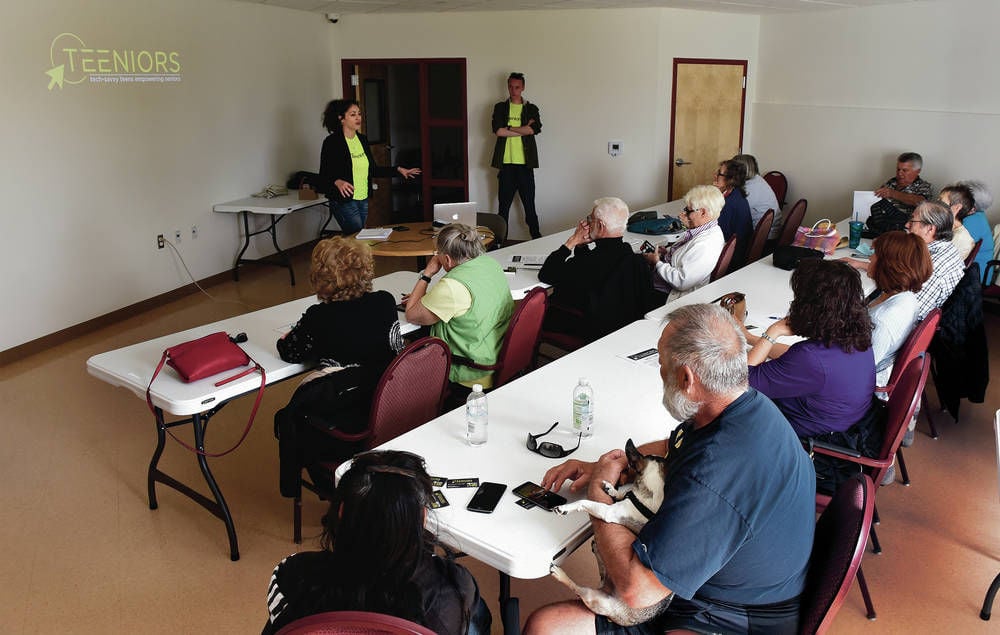 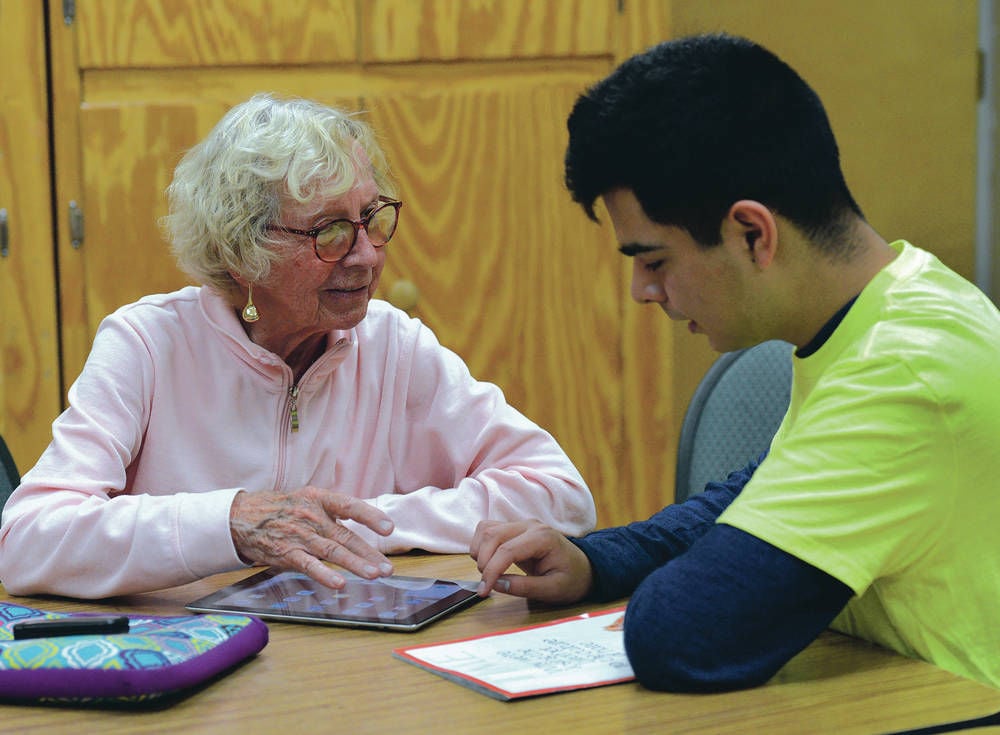 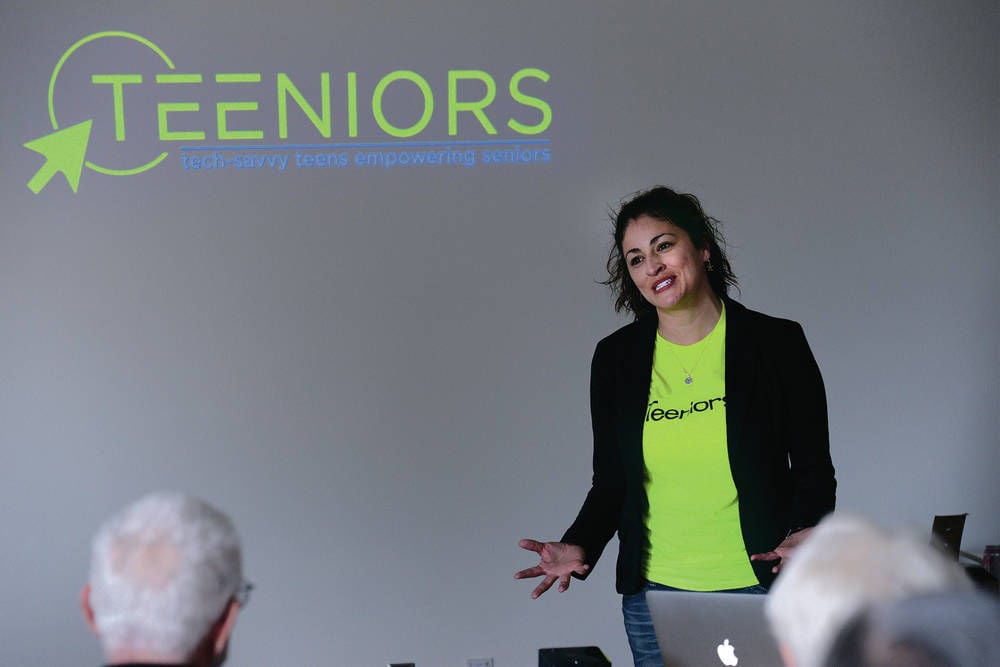 Vickie Jones couldn’t pay her grandchildren to teach her how to use an iPhone.

She offered her grandson $20 to come to her home one afternoon and help her get a grasp on the smartphone and other new technological devices. He declined, said Jones, 74, because “he had something more important to do, whatever that is.”

She was among about 45 Santa Fe seniors who gathered at the Mary Esther Gonzales Senior Center one day last week for tech lessons offered by a group of teens and young adults through Albuquerque-based Teeniors, a tech-support organization that launched in 2015. The free coaching session in Santa Fe was the group’s first venture into Northern New Mexico, but it hopes to offer more events in the area and was encouraged by Thursday’s response, said founder and CEO Trish Lopez.

The group’s goal, Lopez told the crowd of local seniors, is to “empower seniors to connect with loved ones and engage in the community while also providing meaningful jobs to young adults.”

The “Teeniors” earn between $10 and $15 an hour teaching elderly people how to master Google, an app store, iTunes, email, Twitter and other social media.

Jeanette Manville, 84, needed the help. She bought an iPad from a local store about five years ago and couldn’t figure out all of its functions. She managed to take some photos with the device, she said, and understood how to use her email account, but she still needed some assistance. She couldn’t find the “trash” icon on the device. Armando Hernandez, 18, a Teenior who attends Santa Fe Community College, showed her how to eliminate some duplicate photos of a fireworks display.

“Some of this stuff that is obvious — until it hits you in the face, it’s not obvious,” Manville said.

She is not alone. A recent Pew Research Center report said about 4 in 10 adults age 65 and older have little, if any, online skills.

Nicole Evans, an 18-year-old college student from Belen who works for Teeniors, said she understands that. She taught her grandmother, who is in her mid-60s, how to set up and use a Facebook account.

It paid off, Evans said, when her grandmother broke down in tears one day over her computer because she had found a friend online — “her best friend from 30 years ago … who was living in Illinois.”

“This is how our world is changing, and teens are more accustomed to it and use it all the time,” Evans said of social media. “We can learn to be patient and teach seniors how to use it, too, so they can be part of that world.”

The seniors at Thursday’s presentation were eager to get more connected. Most of them came armed with a smartphone. They all knew how to make calls on their phones, but many of them weren’t sure about texting, FaceTime or how to access email. None of them knew they could use their phone to “create your own radio station,” as Lopez put it, describing the iTunes app.

Not one knew what “app” meant.

Only a handful could explain “Google,” which Lopez described as “the Dewey Decimal System of today.”

Most of the seniors just wanted to get rid of unsolicited emails, and few of them knew how.

Hernandez said he’s spent a lot of time showing semi-computer-literate seniors how to close their apps — a common dilemma once they figure out how to open them.

“Right now, where society is at, everyone is communicating through phones and tablets,” he said. “It’s important for seniors to keep up with the world.”