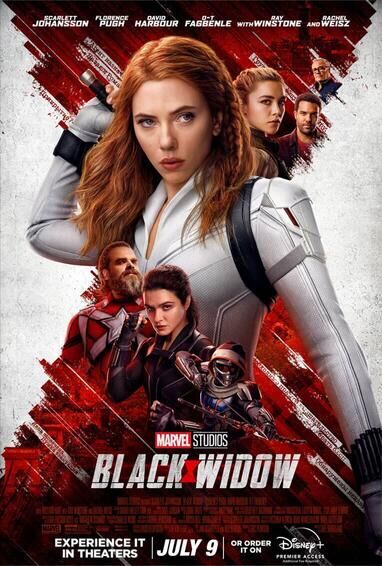 After multiple delays, Marvel Studios finally delivers on its promise to bring forth the new action-packed superhero blockbuster Black Widow.

Black Widow has everything a classic Marvel fan would enjoy, yet it is easily understood by viewers with no prior knowledge of the Marvel Cinematic Universe. Behind all the superhero cowls is fantastic character development. Each character experiences a different emotional journey, finding themselves in an extremely different emotional place compared to the beginning of the film.

Black Widow serves as a prequel to Avengers: Infinity War, shining light on plotlines we had no clue occurred.

The film picks up right after the events of Captain America: Civil War, with Natasha Romanoff (Scarlett Johansson) on the run from the U.S. government. When Natasha is attacked by the iconic villain Taskmaster (Olga Kurylenko), she is led to confront her past. When she learns the Red Room is still functioning (kidnapping and training widows), she must team up with unlikely allies to defeat the organization once and for all.

For comic book junkies, there is always a worry that superhero movies will sometimes be a bore because you already know the story so well. Black Widow abolishes this worry with multiple twists and turns that are new to comic book fans yet are very respectful to classic superhero origins. When people think of the character Black Widow, they undermine the grittiness of her backstory. Director Cate Shortland is marvelous at mixing in Natasha’s dark past to boost her character development and show what drives her day today.

Black Widow is one of the darkest Marvel movies to date. Throughout the film, rough and sensitive topics such as child trafficking, drug use and suicide are presented. The film also includes multiple curse words and many different instances of intense action.

Despite the gloomy tone, the film explores themes of family and reminiscence. Morals are taught to younger viewers, demonstrating the message that people can change; you just need to give them a chance.

I give Black Widow 5 out of 5 stars and recommend it for ages 13 to 18, plus adults. You can stream Black Widow on Disney+ with premiere access or watch it in your local theater. Make sure to check it out!