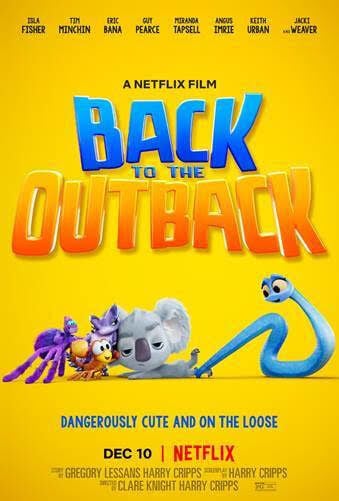 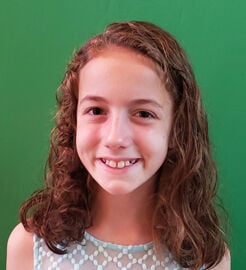 Has your family been looking for a new movie but can’t seem to find anything quite right? Well, your search ends here! Back to the Outback is a brand-new Netflix film with perfectly paced humor and out-of-this-world animation.

Hilarious for kids and entertaining for adults, this film is sure to be the perfect movie night adventure.

Back to the Outback follows Maddie (Isla Fisher) and her fellow “scary” show animals as they decide they’ve had enough of sitting in cages and posing as horrific creatures. They escape from cages and venture out, with a final goal of reaching their home in the Outback of Australia. Along the way, they meet the cute koala, Pretty Boy (Tim Minchin), whose looks conceal his real personality. That is, until he spends time with Maddie and realizes his true self. Their adventure is going fine until Chaz (Eric Bana) brings his son along on a mission to catch the animals.

The first standout thing about Back to the Outback is the humor. The funny scenes are spread out between suspenseful ones, so there’s always a laugh. Hilarious moments are included even in the action segments, which keeps the film light and relatable.

In addition to the funniness, the animation is positively amazing. First, it’s incredibly vibrant and colorful. The colors aren’t so flashy that they are unrealistic, but they are bright enough to always look warm and welcoming, except for the action-packed, dangerous scenes.

In addition, the characters and objects seem to pop out of the screen. It feels like you’re actually there! If Chaz is chasing Maddie and her friends down a hill, you’re screaming in terror along with them. That is due to the spectacular, almost 3D animation.

To add another positive aspect, the plot is strong, creating an adult-worthy film.

The message of Back to the Outback is that no one’s ugly, but everyone’s different. One person’s idea of ugly could be someone else’s idea of beauty. This film also conveys the importance of trust within family and friends. Without teamwork and immense trust, Maddie and her friends would never have survived their trip to the Outback.

The only thing to look out for is action-packed and slightly suspenseful scenes.